Recap: Yesterday I won New Kids on the Block concert tickets from a local radio station.  I was super giddy about the whole thing to begin with and THEN I found out that Nelly and TLC would be there too!

It’s like my 90s inner self was BURSTING with excitement.

{Fun Fact: I jam out to the 90s station on Pandora whenever I clean up my kitchen.  Which is a lot.  I have yet to hear a song come on that I don’t already know 90% of the words to.}

I took along one of my nearest and dearest girlfriends to ensure a good time.  Besides getting car sick on the way there {her not me} it was a night we won’t forget. 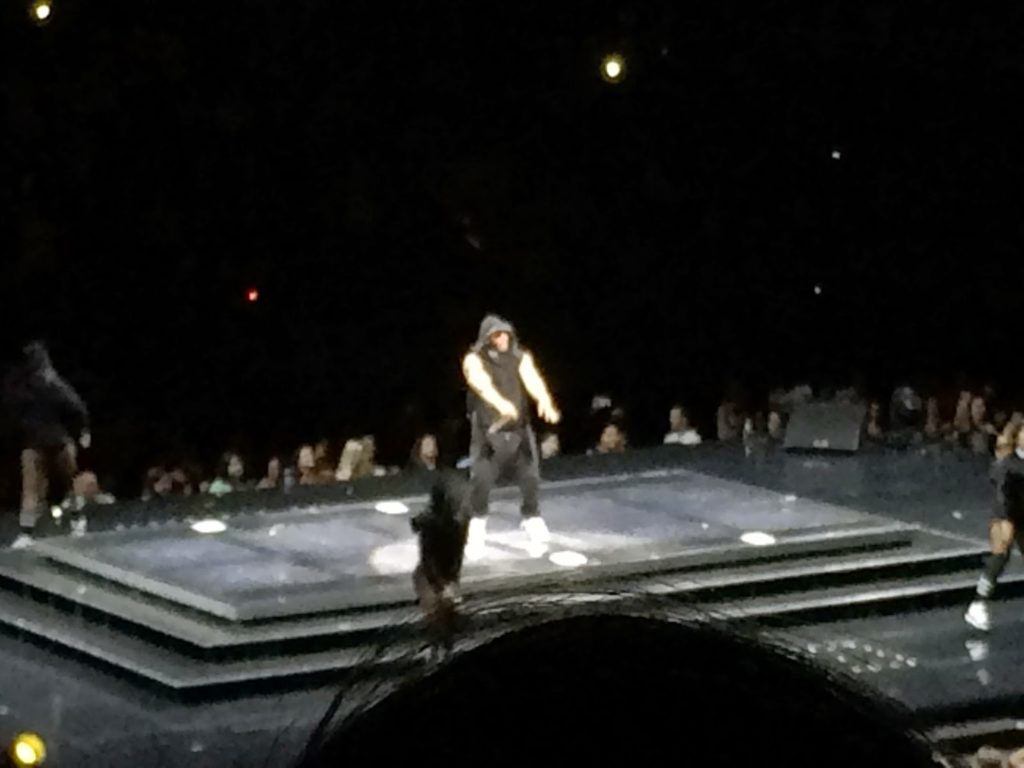 And while I LOVE all of his songs – – I’m not gonna lie – – he sounded horrible.  It sounded like he was yelling into his microphone the entire time.

{Maybe that’s just me getting old?}

Chanda and I kept getting the giggles too, whenever his backup dancers jiggled their booties.
{Which was like – – A. LOT}.

TLC was next and they covered ALL of the hits – – Scrubs, Waterfalls, Creep etc. Oh and Chili Pepper {or whatever her name is} still has some pretty sweet dance moves to be proud of.

Then it was time for the….’Main Event’. 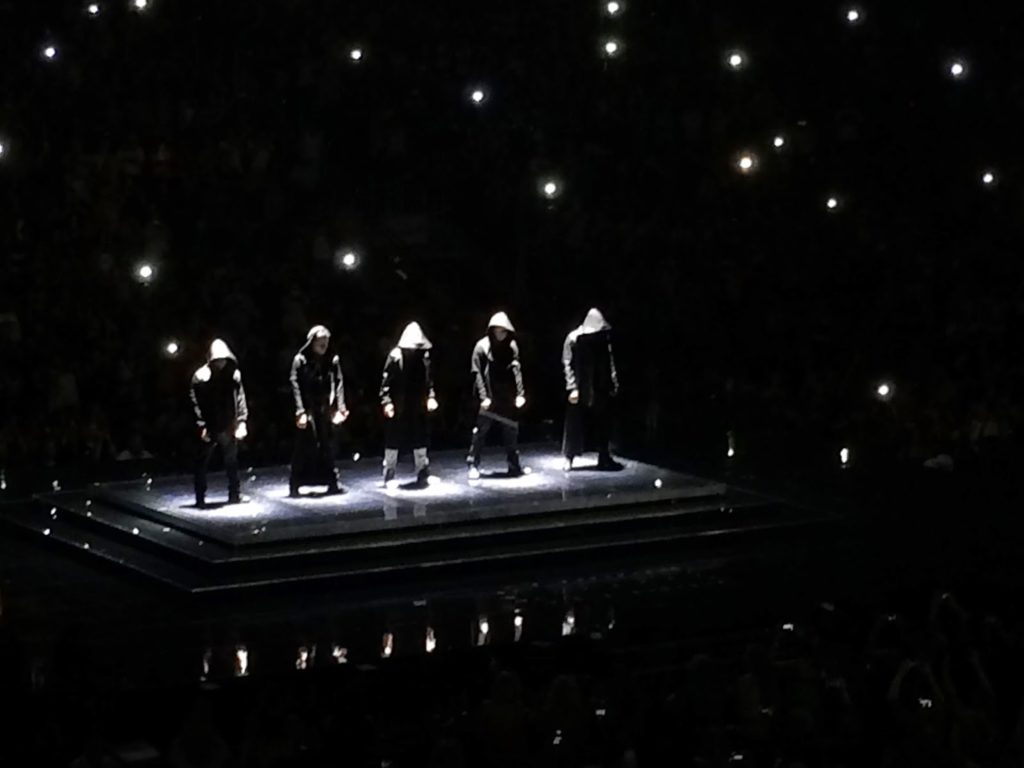 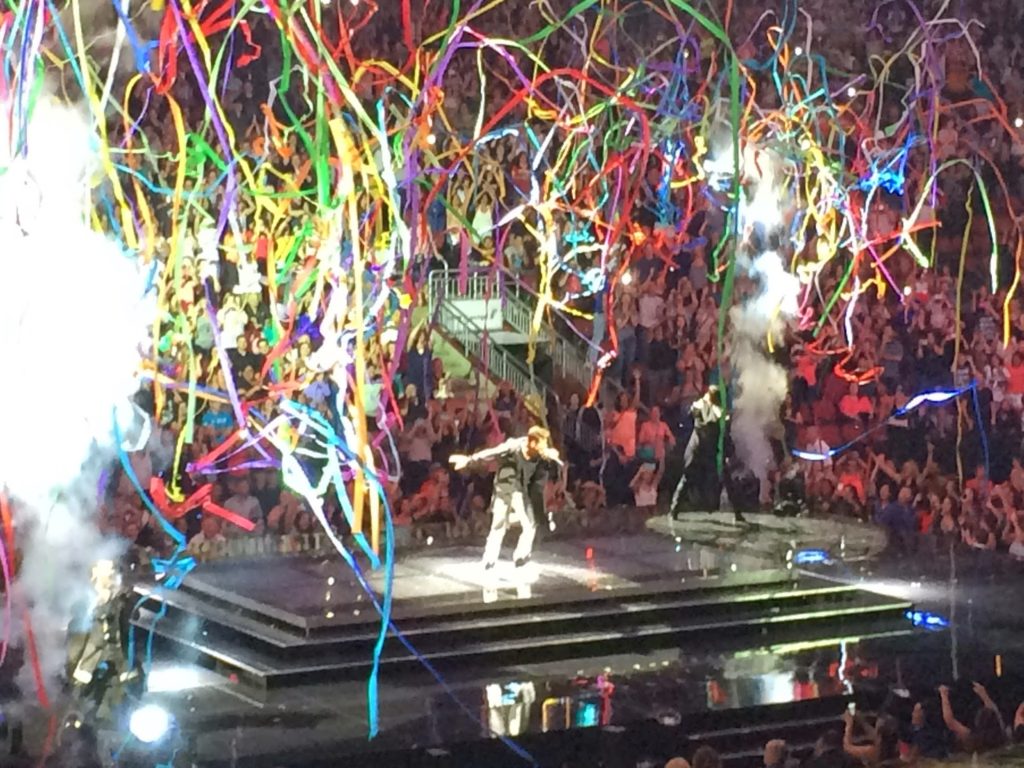 Whoa. Whoa. Whoa.
I’m pretty sure these guys are all pushing upper 40s right?
There was NO sign of that.

They still got it.

And if I’m being honest….I was a Donnie fan back in the 80s/90s and I’m not gonna lie – – Joey and Jordan might’ve just stolen my heart last night.

So here are the things I observed while at the concert:

Someone in front of us kept letting diarrhea farts go and we wanted to pass out.

It’s such a tight space in there – – you can’t NOT whiff what’s around you. It’s unfortunate.
* I have white mom dance moves.
I’m no longer hip.

But that was totally AOK because I’m proud to say – – I was on the younger side of the crowd last night.  The venue was jam packed with 40+ year old momma bears. For reals.

And there was not one single teenager in the audience.
A couple dudes – – but no teens.

* People watching is AT IT’S FINEST at a concert. 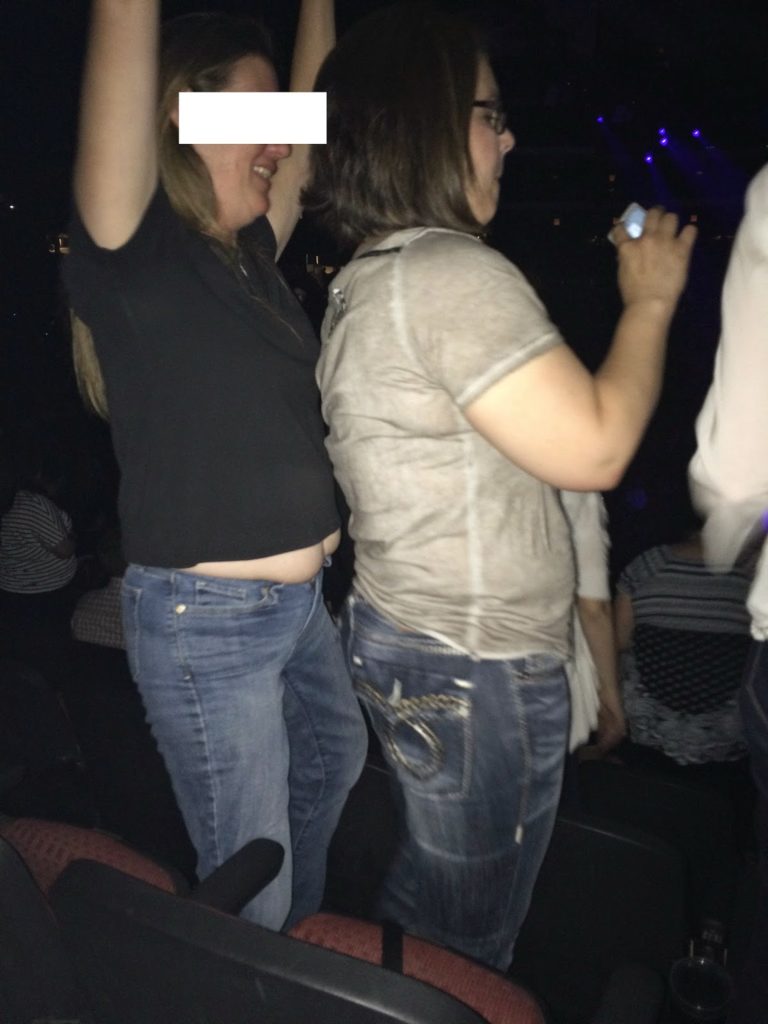 Take this girl for instance.
She sat RIGHT in front of us and we could NOT take our eyes off of her.  Lets just say she may have had one too many drinks before the show started.

* I take after my dad in that…. we left the show while there were about 2 songs left – – ‘to beat the crowds’.

This is sooooooo him.

I don’t know HOW MANY sporting events we missed the tail ends of growing up, all just to beat the traffic.

It’s official: I am turning into my dad.

* Concerts are LOUD.
I may have plugged my ears a couple of times.
So embarrassing, right?
My head was RINGING by the end.

* I was secretly excited when we got to sit down during the slow songs.
Seriously – – where did my mo-jo go? 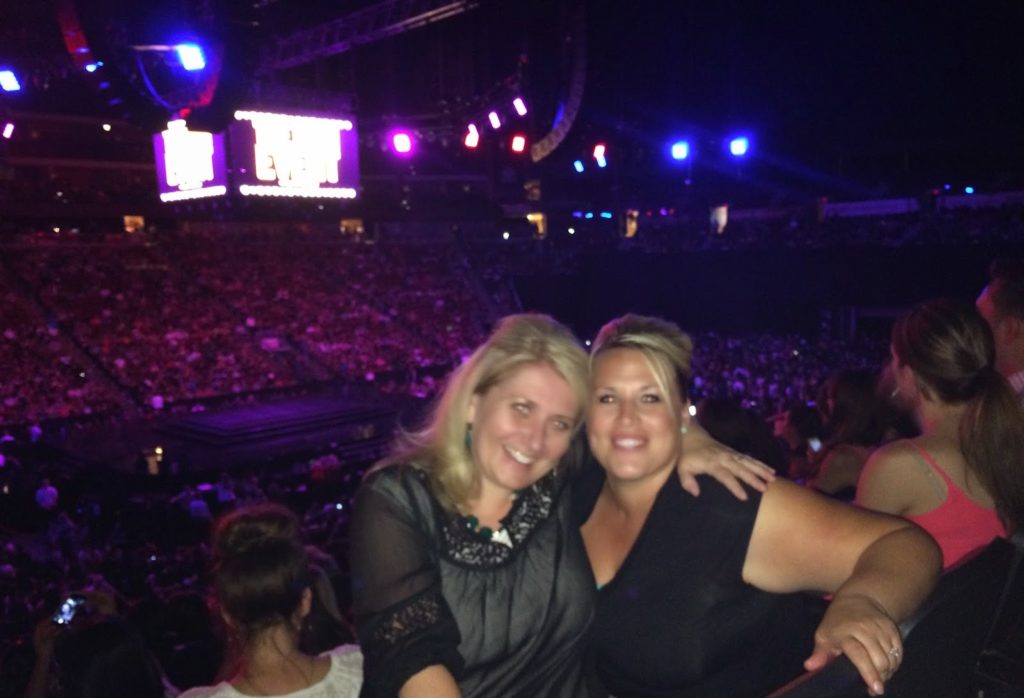 Thanks Chanda for tagging along and helping me get my white, mom-ish, groove on last night.

Now…if only N’Sync would reunite and tour.