* I’m already OVER water guns this summer.  Not because they’re ‘guns ‘ {although that alone should be a good enough reason, huh?} but mainly because I’M the one who has to keep refilling them.  Again and again and again.  And when I suggest that my KIDS refill them…that’s a whole ‘nother mess.  They insist on traipsing their muddy feet through the house, water gets all over the bathroom counter and then their locked and loaded water gun drips a trail to back outside.  I’m tempted to trash ALL of them one night after they go to sleep. Would that make me a bad mom?
* I’m really tired of my favorite magazines having WEIRD recipes in them.  And by WEIRD..I mean…they include RANDOM ingredients that I would NEVER EVER have on hand.  Take Country Living for example.  That is hands down one of my very favorite magazines.  I always dream of walking through those pages and decorating my house like the houses featured in there. But their recipes?  Please!  Who carries {or even knows where to locate in a grocery store for that matter!}: Manchego Cheese, Aleppo pepper, and Mizuna…to just name a few. Don’t get me wrong.  I LOVE to cook.  But not with things that I’ve never even heard of before. {Cream of Chicken and Cool-whip on the other hand? You GOT it!}
* Why doesn’t Hobby Lobby print out detailed itemized receipts?  Have you ever gone to return something…and haven’t been able to figure out WHICH receipt your item is on from them?  Drives me nuts.  Their receipts are so vague.  Why??
* So You Think You Can Dance is back in full swing {wa-hoo-zle!!} but I can’t quite seem to figure out the difference between POPPING and LOCKING. Is there a diff?
* Why do goldfish taste so darn good on SUNDAY’S only?  Seriously.  Any other day of the week, I’d pass on a hand full o’ fish but Sundays? They seem so savory.  At church.  At the bottom of our ‘fun’ bag.
* Speaking of SAVORY….have you tried Sonic’s Sonic Blast’s?  Oh.  MY.  YuM!!! They beat out DQ’s blizzard and yes…even Neilson’s frozen custard.  They are DELICIOUS.  And chuck full of Reese’s PB cups {if you so please to choose that kind}! Try em.  Thank me later.
* For some reason when ever I say the word BLAST…I think of THIS hilarious SNL skit.  Hands down my most favorite one ever.
* Does anyone else think that the husband on Sister Wive’s looks a tad creepy?  And not just because he has a bajillion wives. Maybe it’s his hair? Or is his facial expressions?
* I have a new FB pet peeve.  It’s when people put something, speaking about someone or a group of people, BUT…they don’t include their names, instead….they put….YOU KNOW WHO YOU ARE.  Seriously? They’re important enough to mention on FB but NOT important enough to specifically call out by name?  And sometimes…no…we DON’T know who WE are.   Just sayin.
*I took my kids shopping at Wal-mart yesterday for a few odds and ends.  Below is what Carson said {and I quote!} “… would be PERFECT for dad for Father’s Day!” 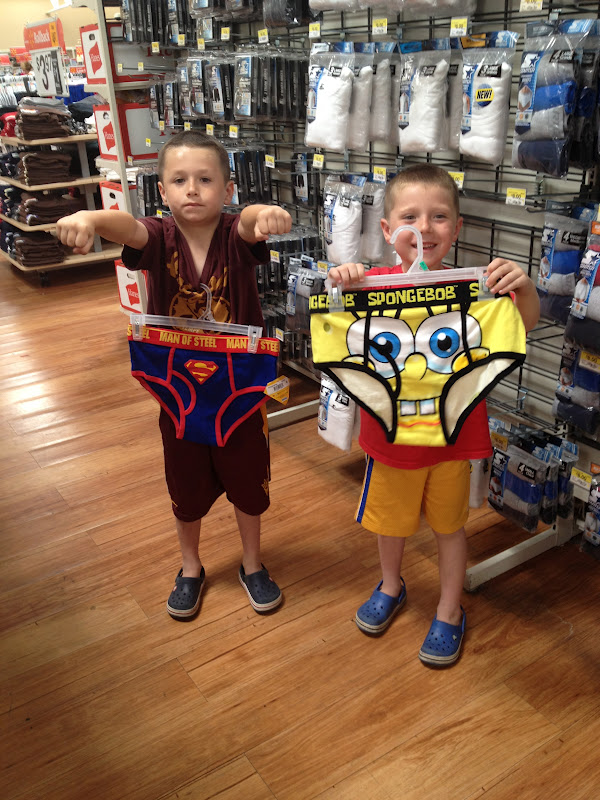