Our trip to Disneyland was glorious.

I’ve decided though that it will FOREVER be busy there.
No matter what.

We went on a ‘Value’ day which meant the tickets were cheaper and the crowds were supposed to be the smallest.

And while it wasn’t too too bad…it still was busier than I thought.

{You couldn’t pay me to go on a weekend or a holiday!}

Anyhoo – – it was everything we had hoped for and more. 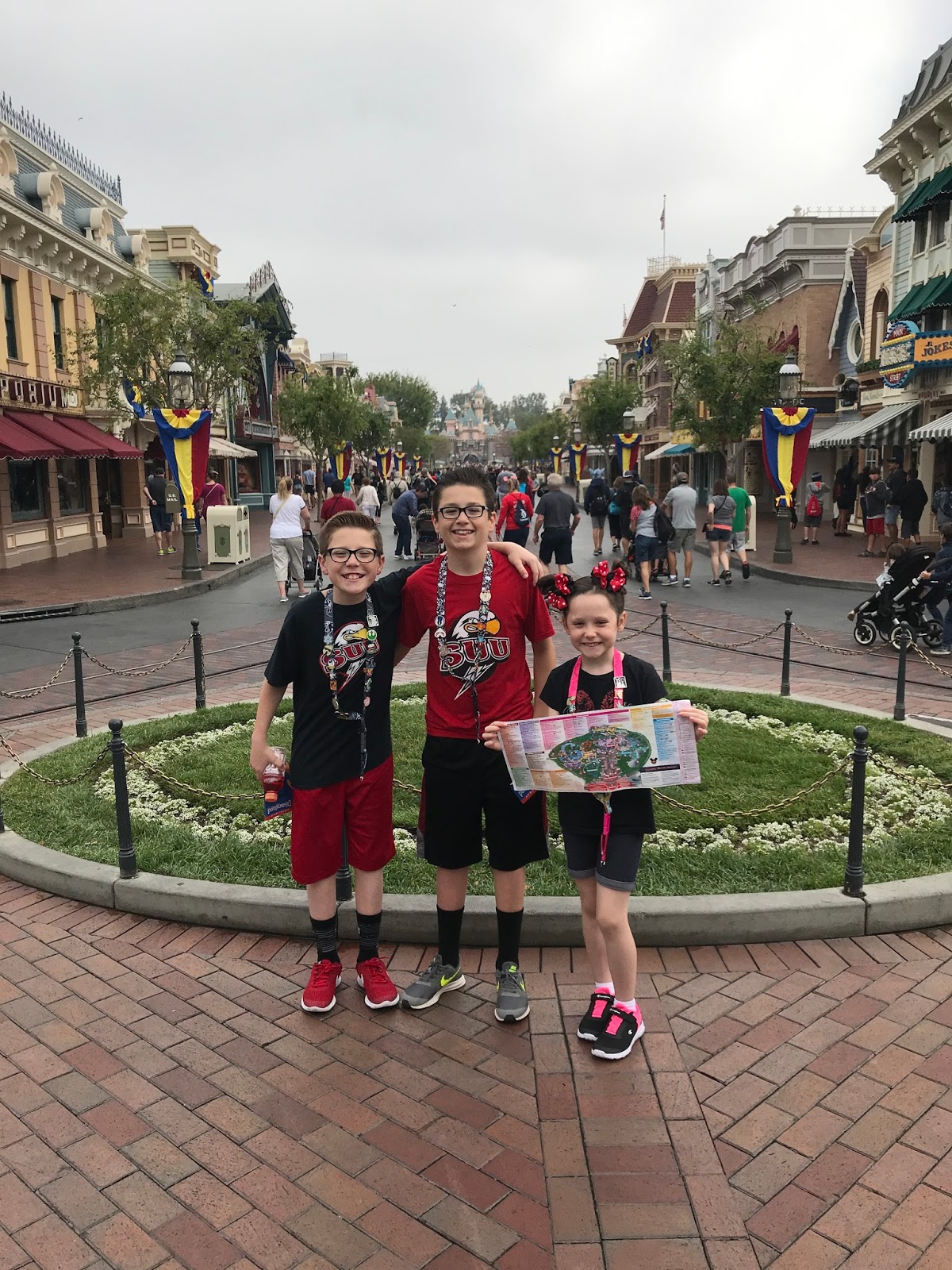 I sorta feel like we’ve made it in life.
😂
This was our first trip ever with: NO stroller and EVERYONE was tall enough to ride ALL of the RIDES.
Magical, indeed! 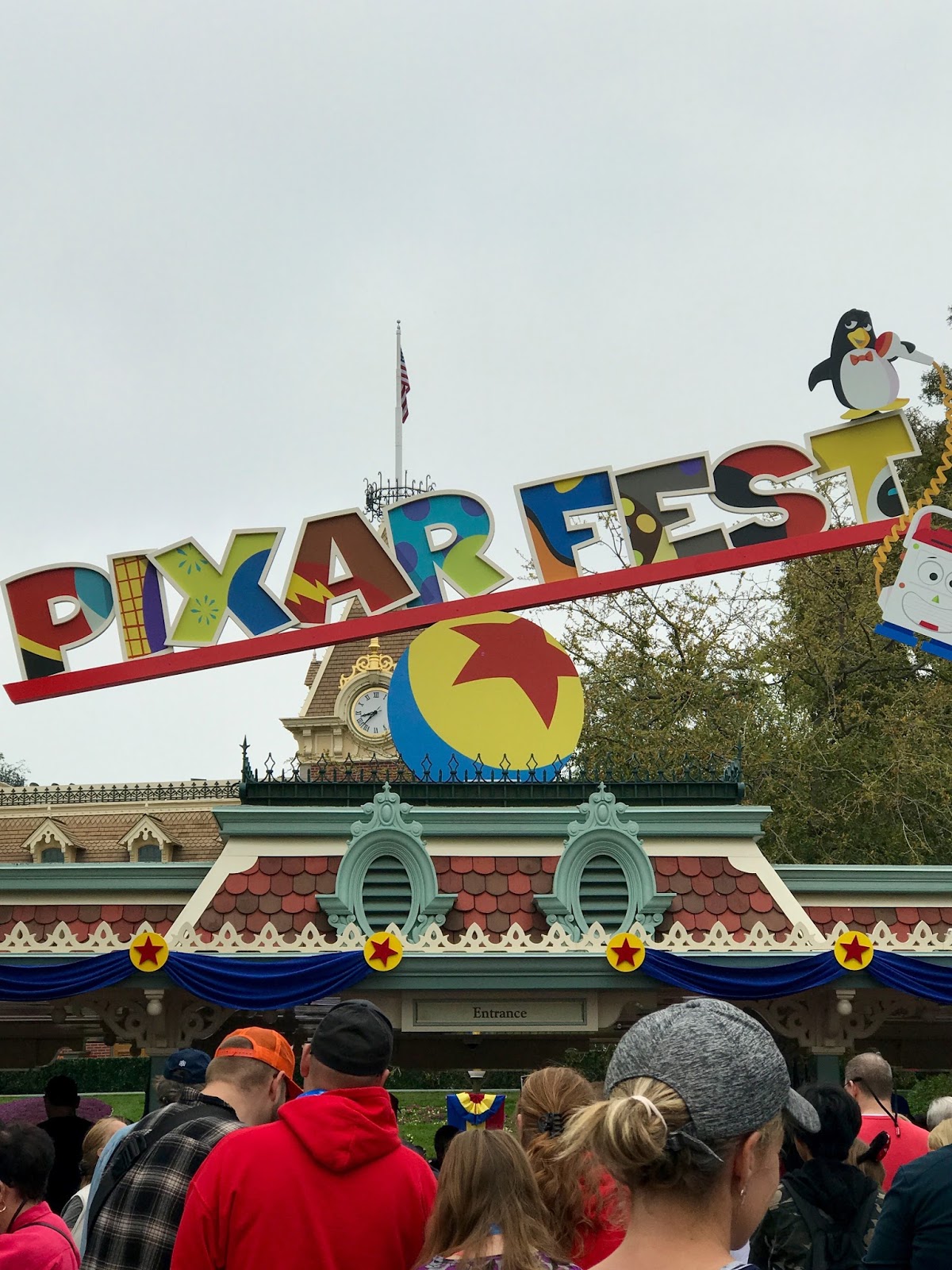 It was Pixar Fest while we were there, too.
{It runs thru the summer}.

Pixar Fest just means that the Pixar Pals parade is in Disneyland now {with a few new additions!} and there are different types of foods and treats to try {all having to do with a Pixar movie} throughout the park.

Our first stops of the morning were Indiana Jones, Haunted Mansion and Splash Mountain {which my boys went on to ride about 5 more times during the day.} 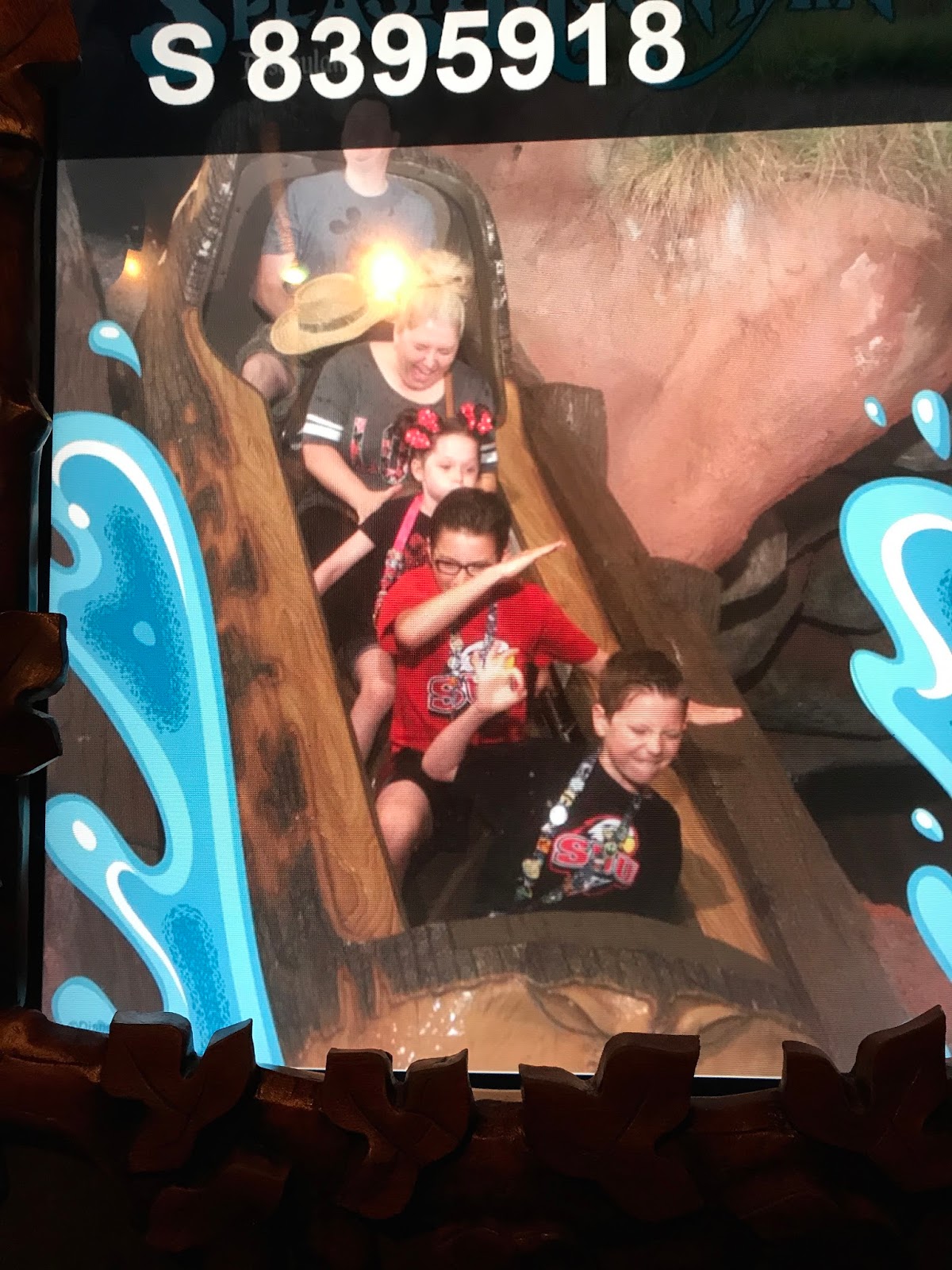 Lunchtime was at our usual spot. 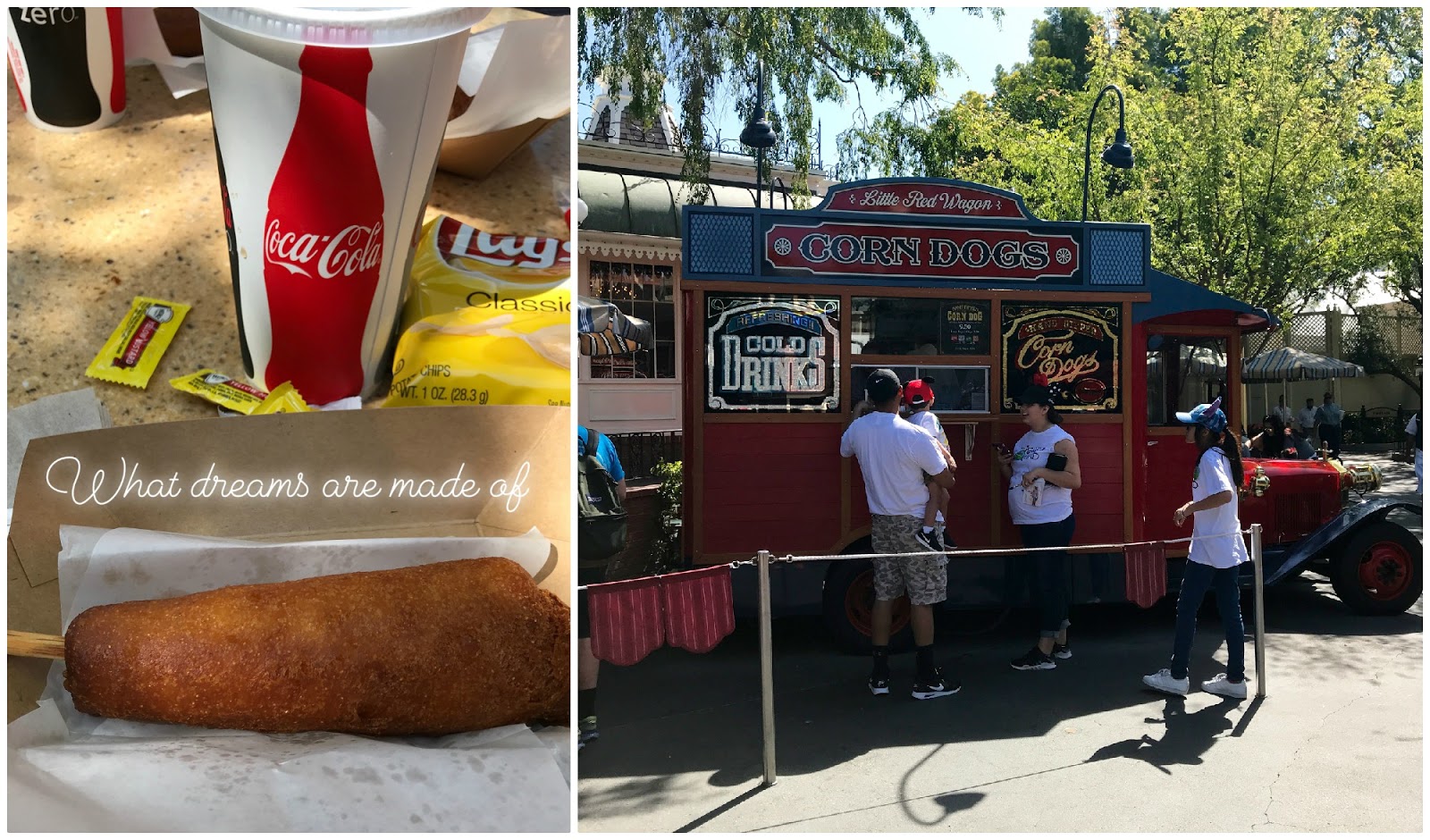 The Little Red Corn Dog Cart.
If I could have one thing every day for the rest of my life…it might just be this corn dog.  And that Diet Coke.
{Why is the Coke/Diet Coke SO EXTRA TASTY at Disneyland?}

The only downside to having older kids at Disneyland was that this was the first year we had to buy them EACH their OWN corn dogs.  No more sharing for us!
{Which is a bummer because they’re $10 a pop! 😅} 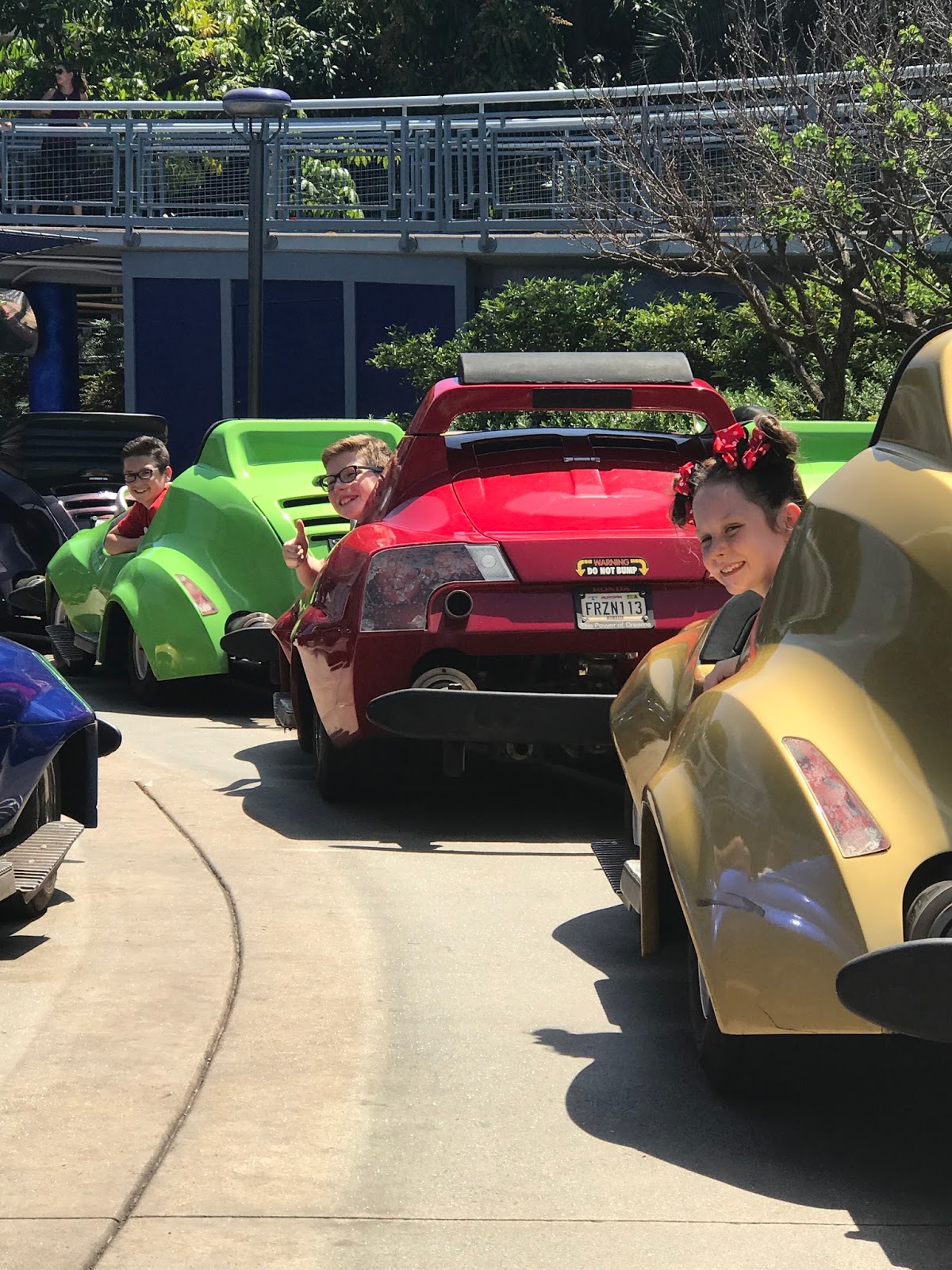 Autopia was a hit becasue everyone got their own cars for once. 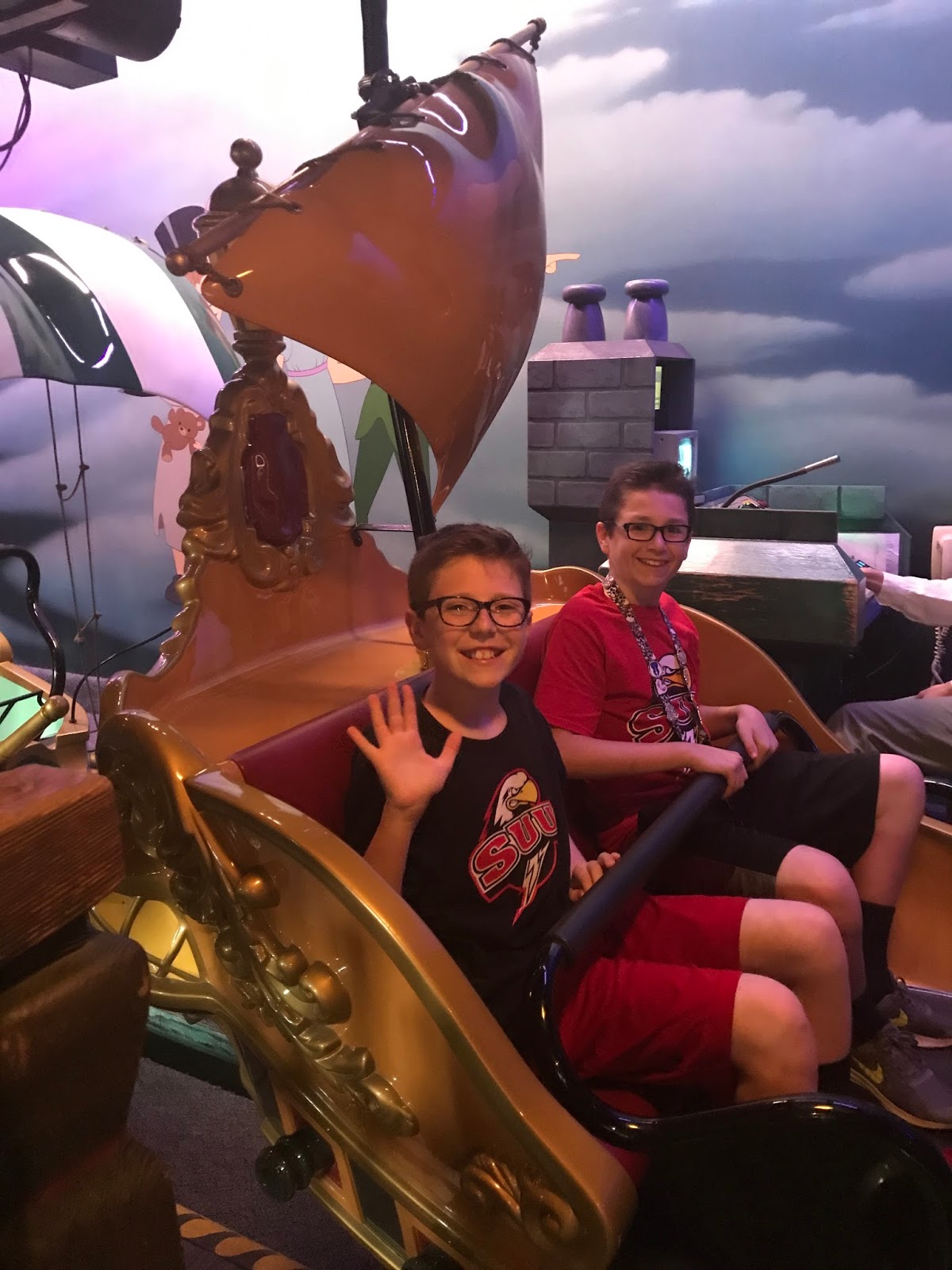 Peter Pan = pure magic.
I’m not sure why – but it just is.
Also: why is the line ALWAYS at least a 45 minute wait? 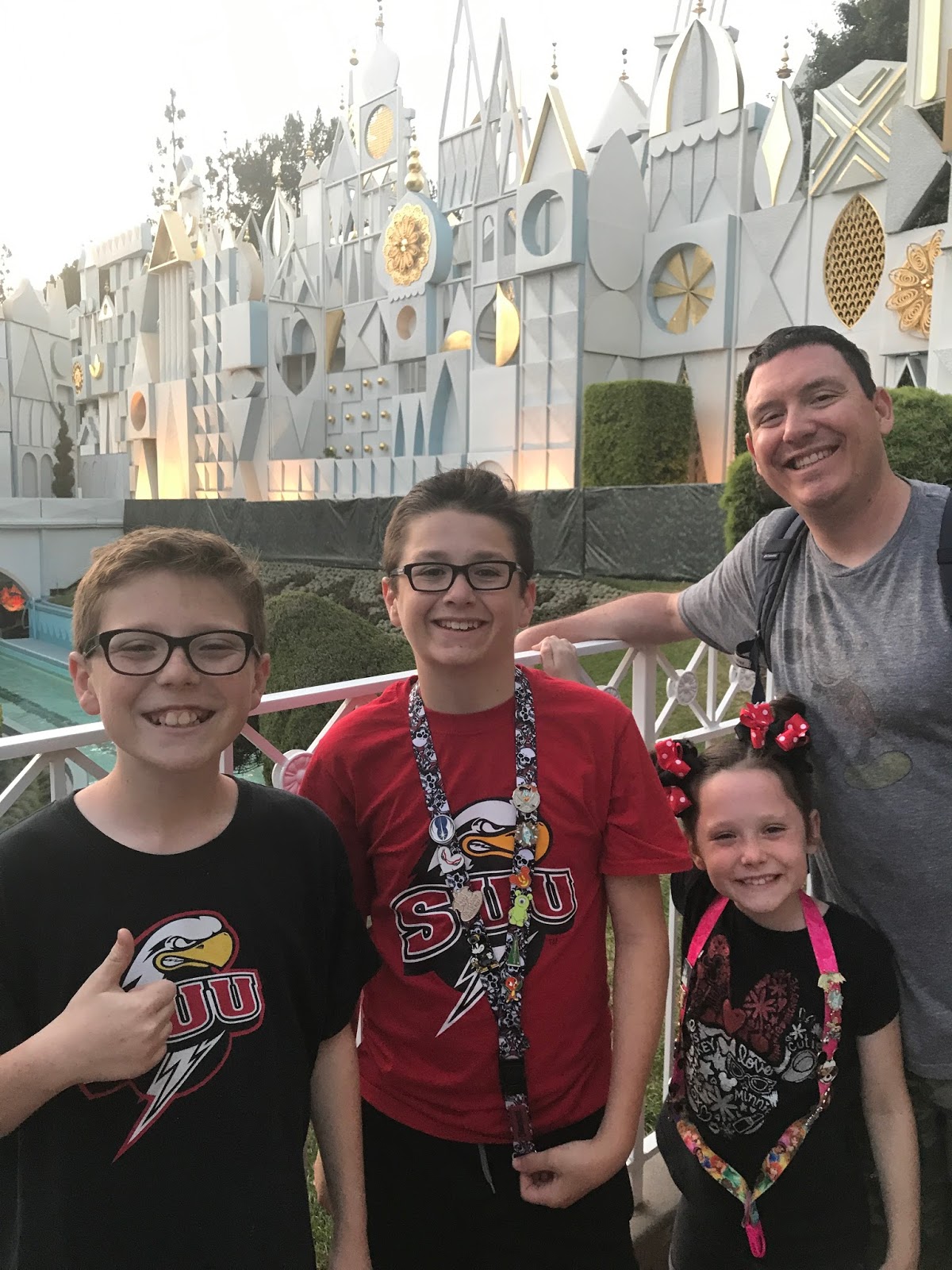 My family humored me and rode It’s a Small World.
Fun Fact: It’s my FAVORITE of all the rides.
I LOVE IT!
{Weird, I know.}

* We tried The Carnation Cafe on Main Street fro dinner.
It was SO GOOD and SO WORTH IT!

{Tip: you need to call ahead for reservations.}

We timed it just right so that we were eating outside while the parade was going on. 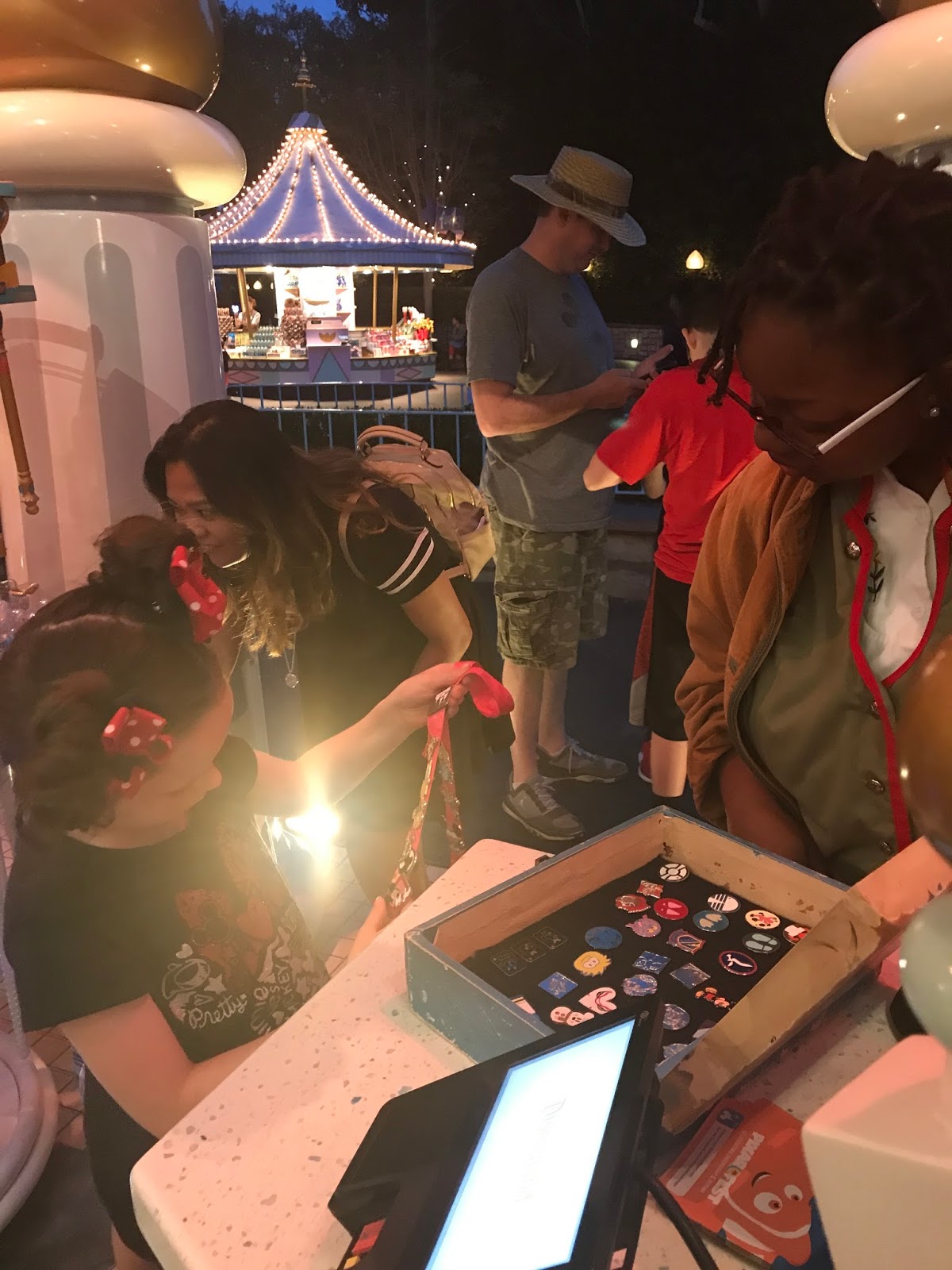 The kids got some PIN trading in.
Shortly after this pic was taken…London went to the bathroom and left her lanyard with all ga-jillion of her pins on it in the stall and sadly…..no one returned it.😢

She was DEVASTATED and that’s putting it lightly.
Poor muffin. 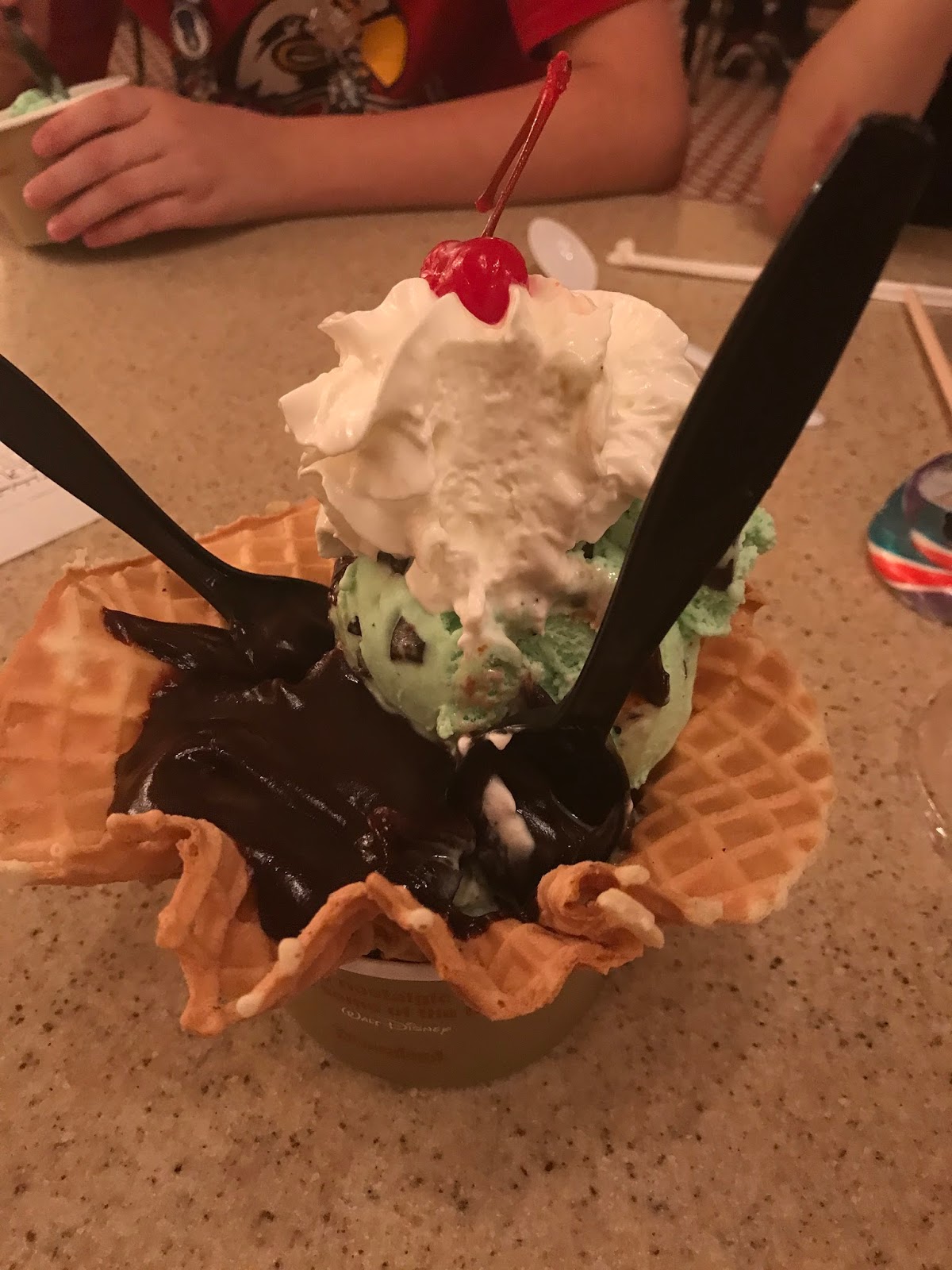 We finished the night off back on Main Street at The Gibson Girl Ice-Cream Parlour with sundaes.

I got my usual – the mint chocolate chip sundae with hot fudge.  It was every bit as scrumptious as I remembered it to be.

We practically CRAWLED back to our hotel that night.
There’s NO tired like Disneyland tired….am I right?!?