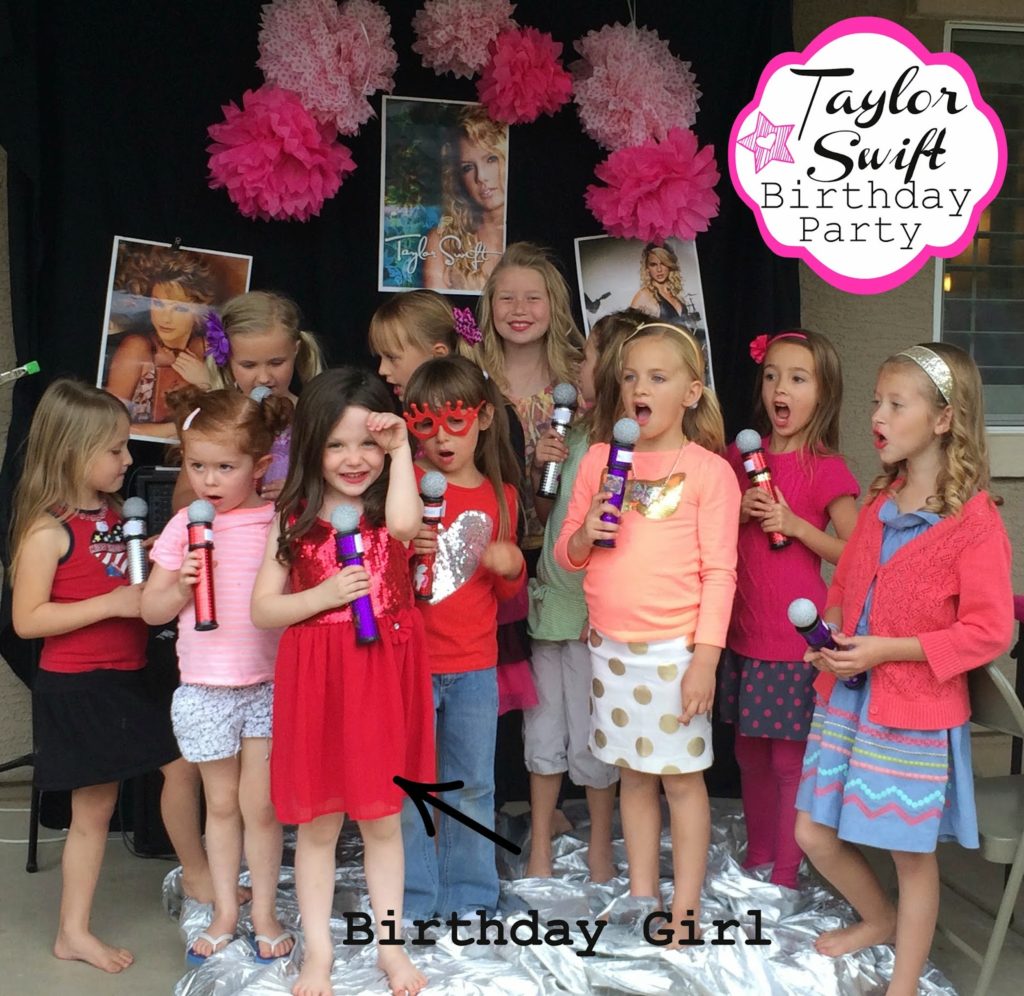 My little girl is obsessed with Taylor Swift.

While MOST 6 year olds plan Frozen or Princess parties… MY 6 year old wanted a party solely based around the pop/country superstar.

At first I thought…how the heck are we going to do this?
But the more I dug into it – the more ideas and fun I had!

Here are some of the details from her Bday Bash…

Each girl upon arriving, was given their own personal ‘microphone’ to decorate however they’d like. 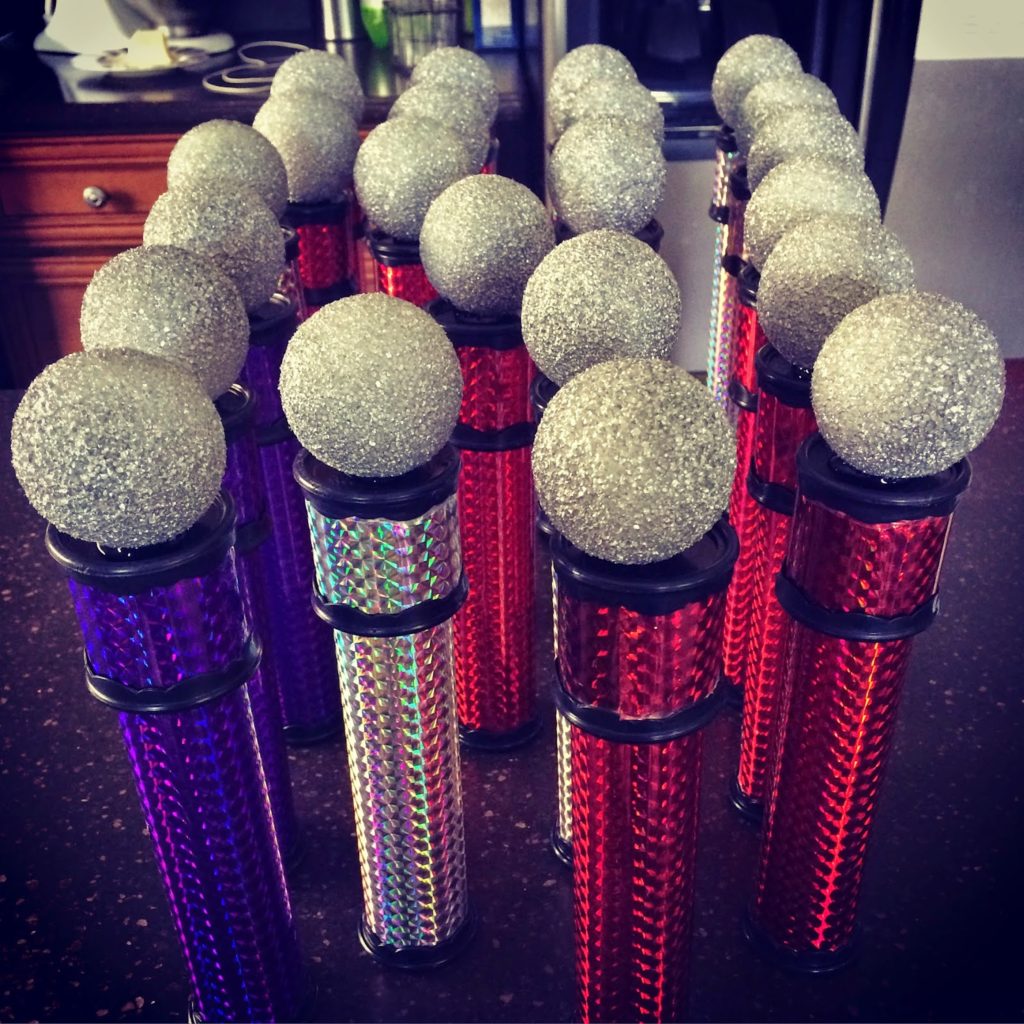 These ‘microphones’ were super simple to make up ahead of time.  I used…… 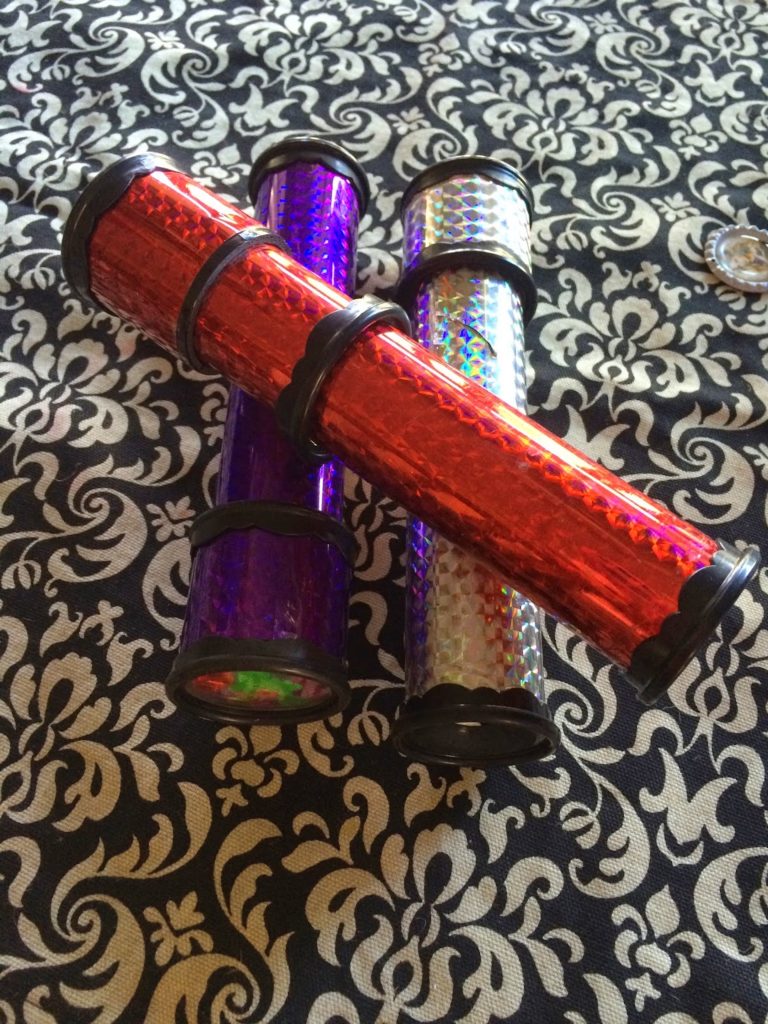 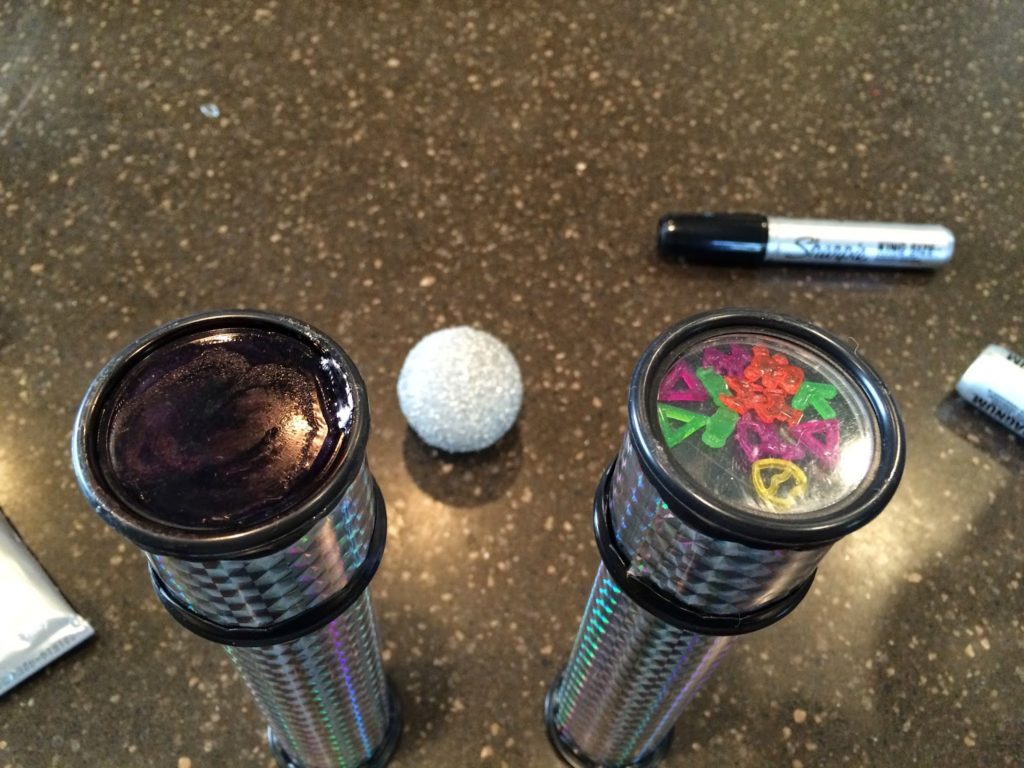 I colored the tops of the kaleidoscopes with black permanent marker and then super glued the balls to the top.

They had sooo much fun with these and used them for our ‘lip sync performance’ later on at the party. 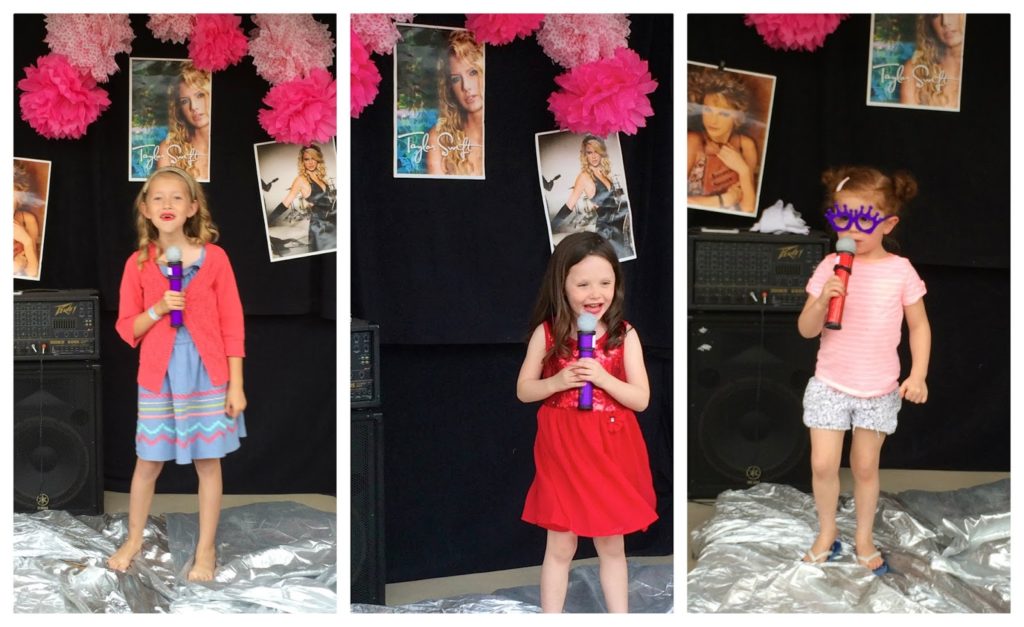 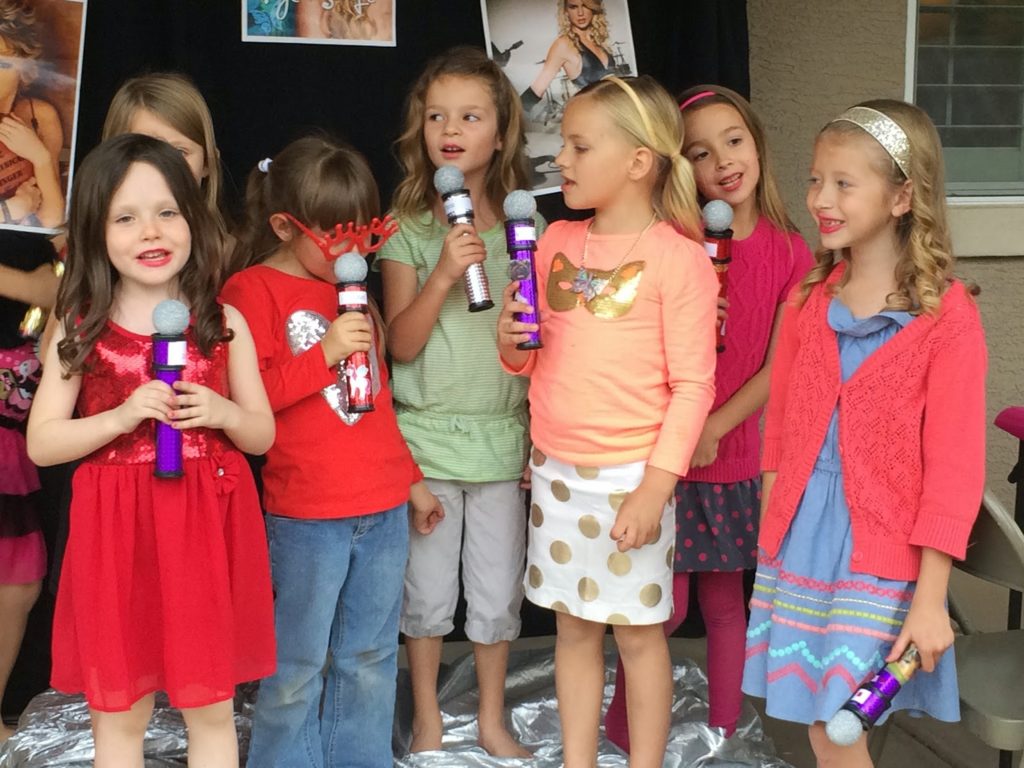 We played PIN THE HEART on Taylor Swift…. 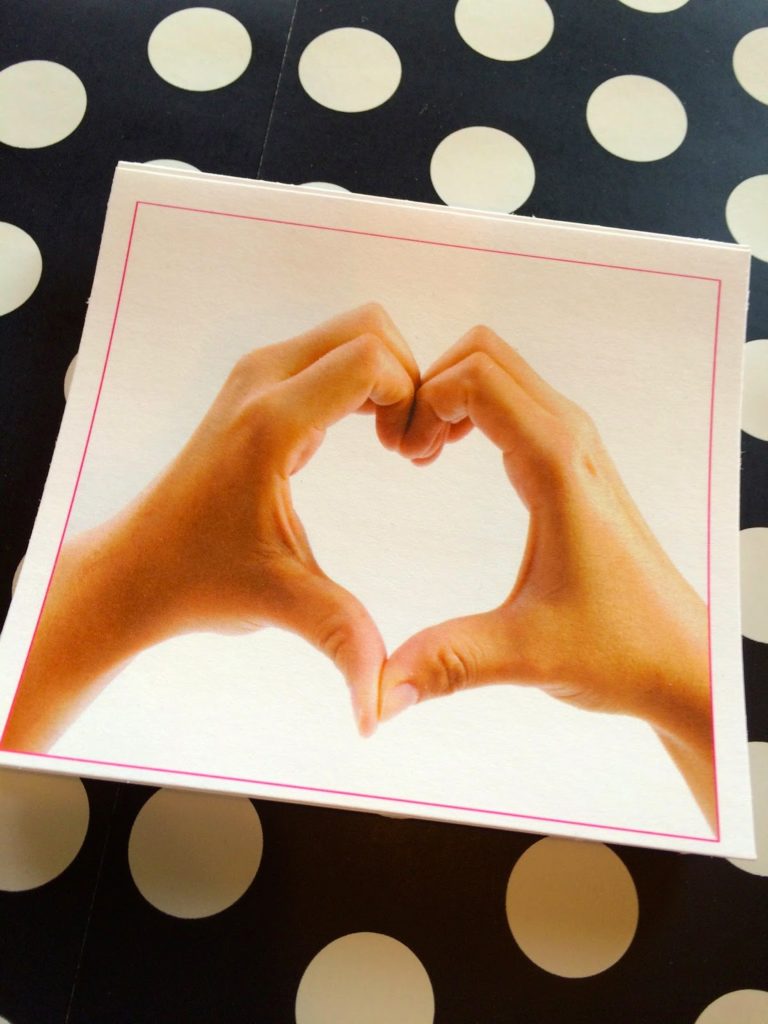 Since T.S. is pretty much famous for making this heart shape with her hands all the time…I found this image online and printed it off. 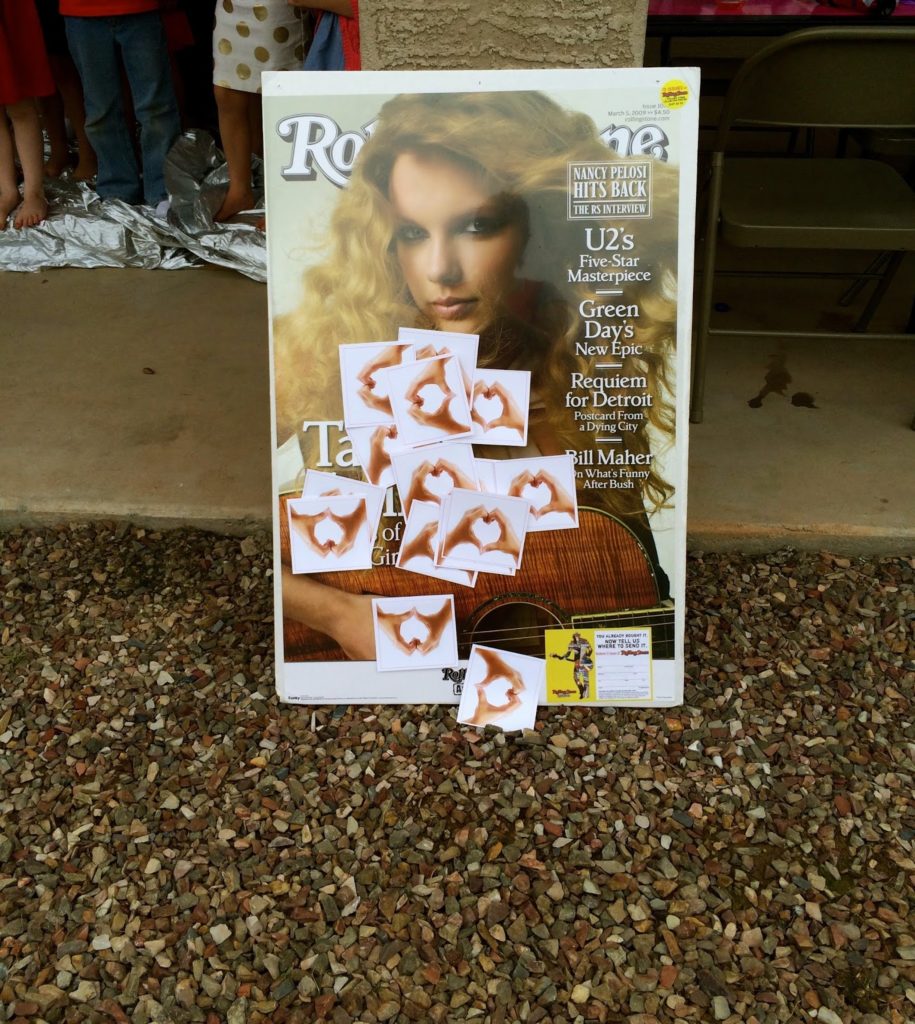 We blindfolded the girls and then had them try and pin the heart on Taylor’s REAL heart.

{Yes..I’ve learned so much about Ms. Swift this past week, I deserve to abbreviate her name AND call her by her first name only.}

I also put RED lipstick on each girl as they arrived and then had them KISS an index card with their name on the back. 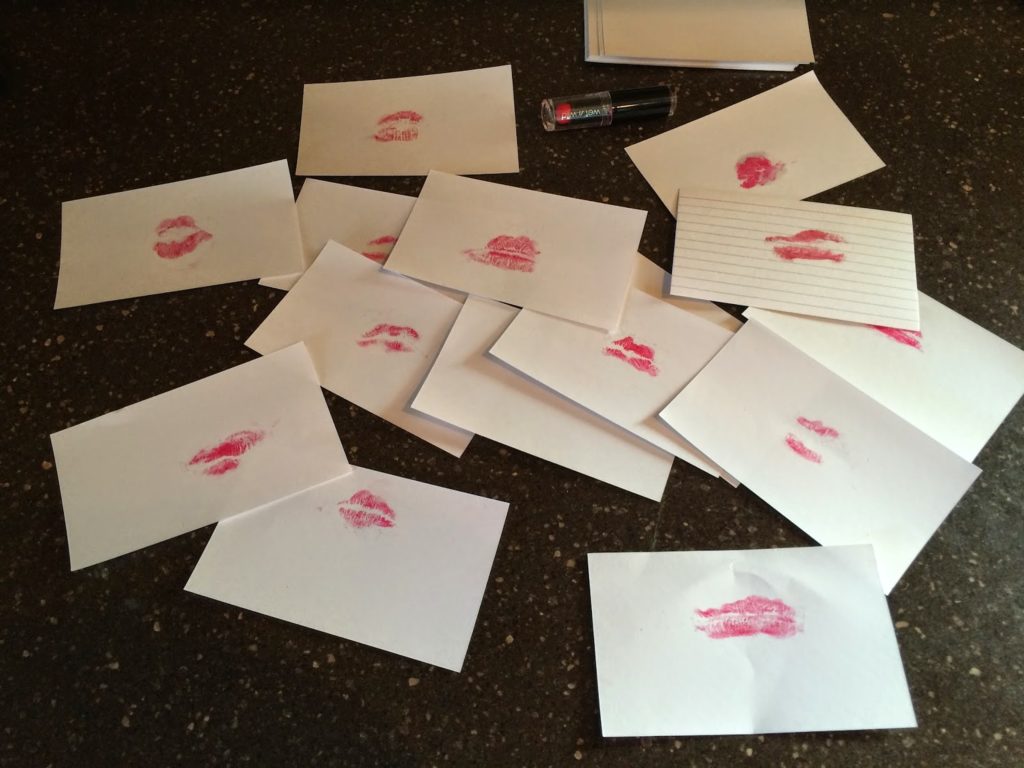 The goal was to have everyone GUESS who’s lips were whose at the end of the party BUT….we got so carried away dancing and singing….I completely forgot to do it.

We served PIZZA and PUNCH!

You know I can resist the opportunity to make personalized water bottle labels.

The cake was homemade by a friend of mine and couldn’t have been more stunning {AND tasty!} 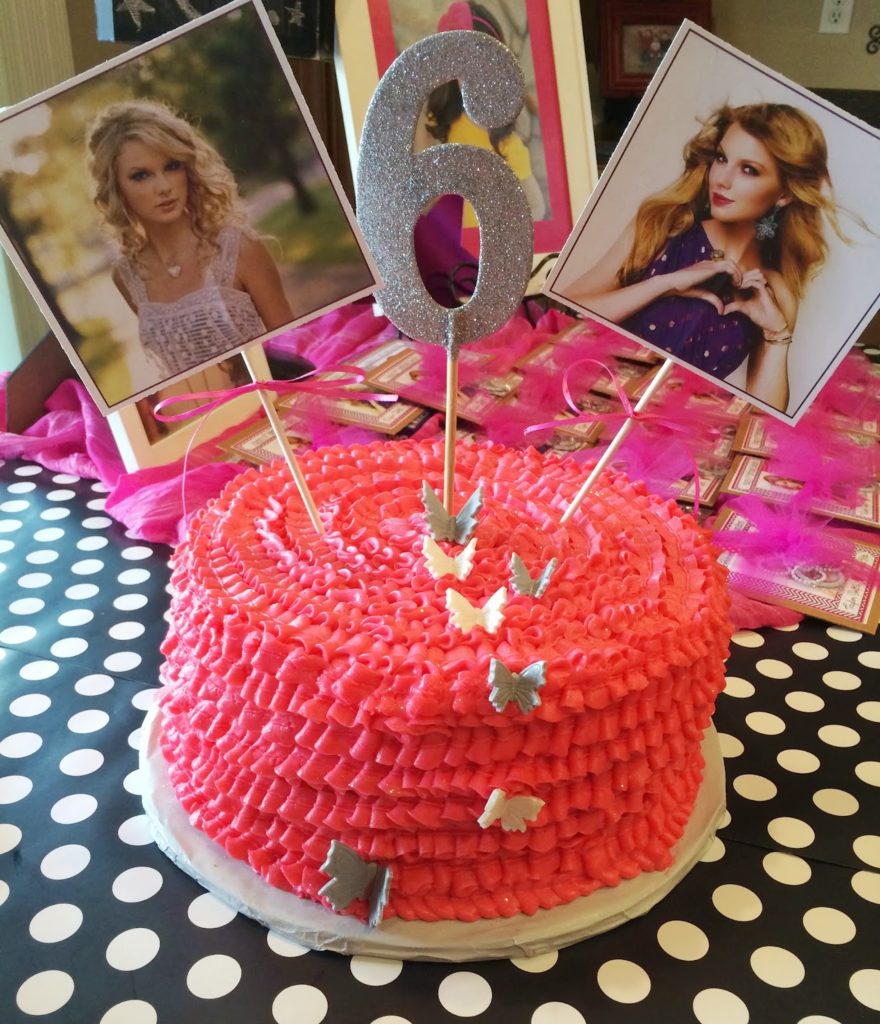 I purchased the glittered 6 from Hobby Lobby in their cake decorating aisle and then just printed out a couple of London’s fave pics of T.S. to go with it. 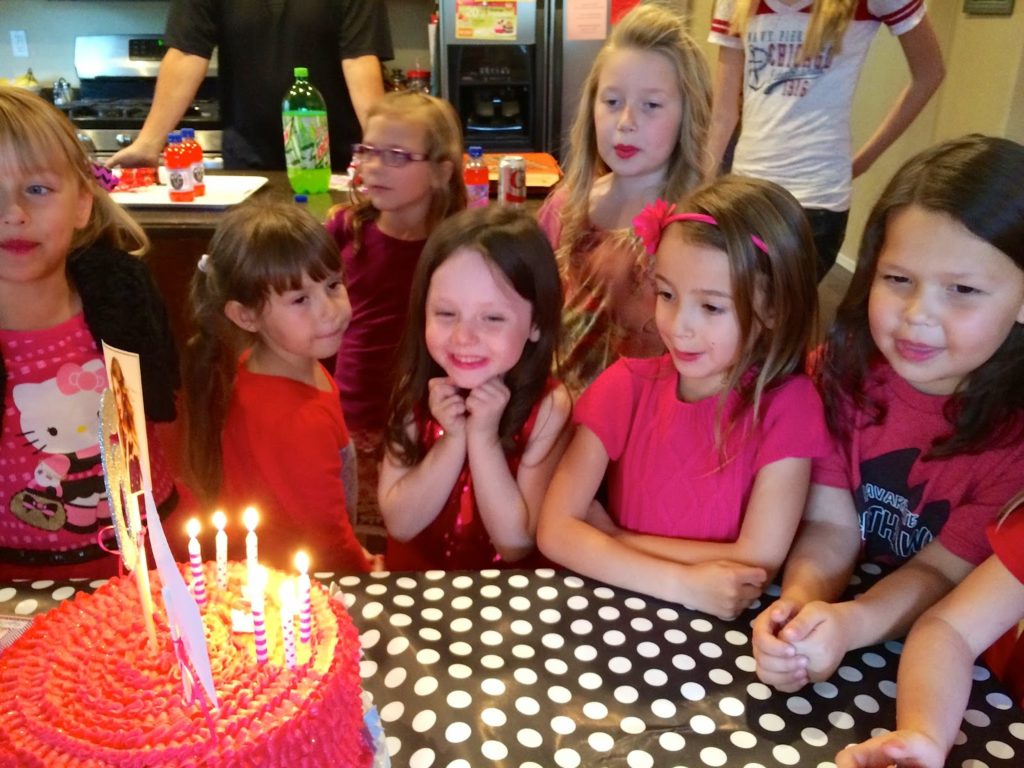 I set up 3 large tables on my back patio and covered them with wrapping paper {my favorite entertaining trick in the book!} 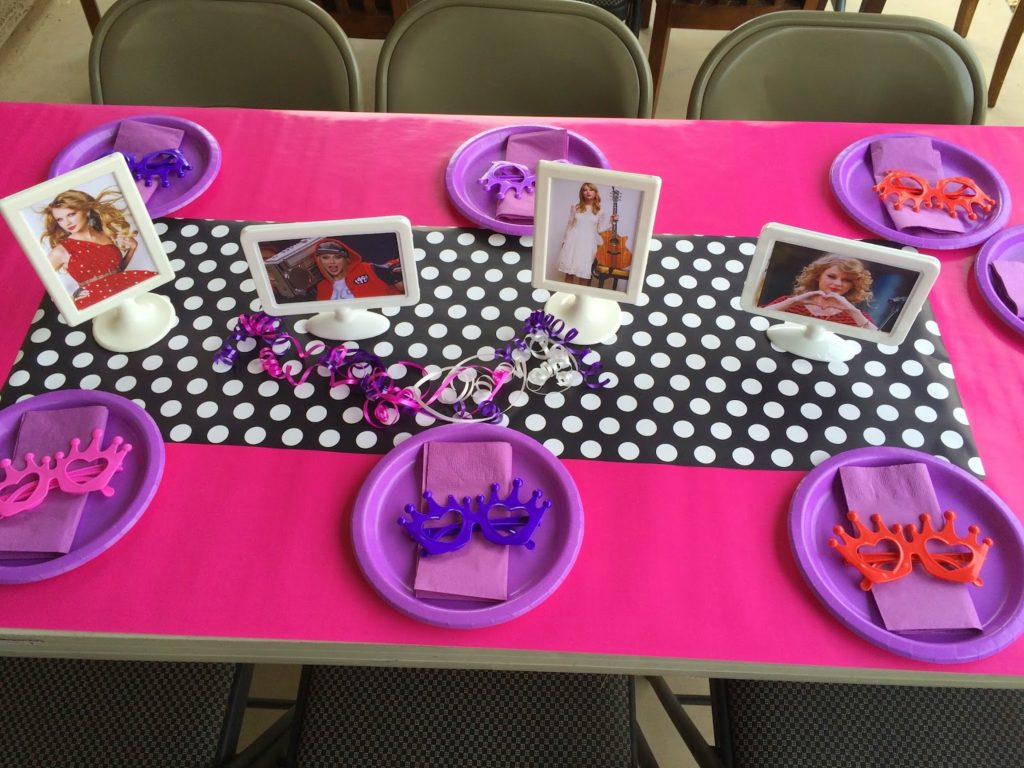 I decorated them with Ikea frames {I bought a whole bunch once while I was there and it’s been one of my favorite, smartest purchases yet!} + pics of T.S. and then $ store party glasses on their plates 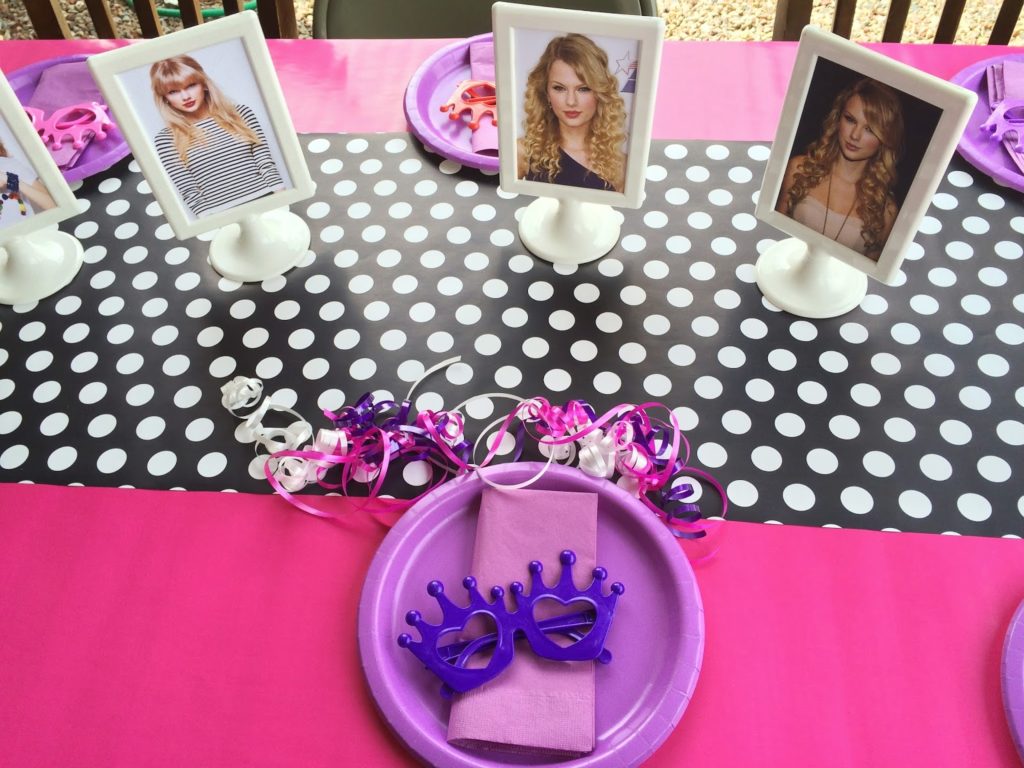 As for party favors…. 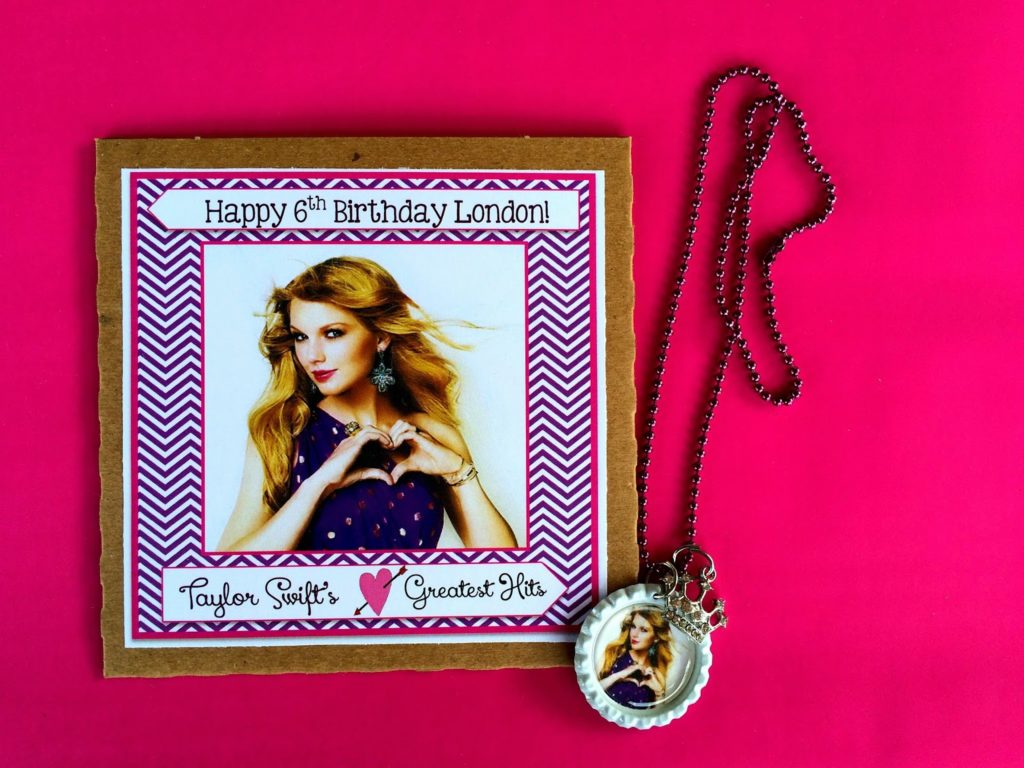 I gave the girls a Taylor Swift cd with some labels I designed!
I also whipped up some bottle cap necklaces to go with it. 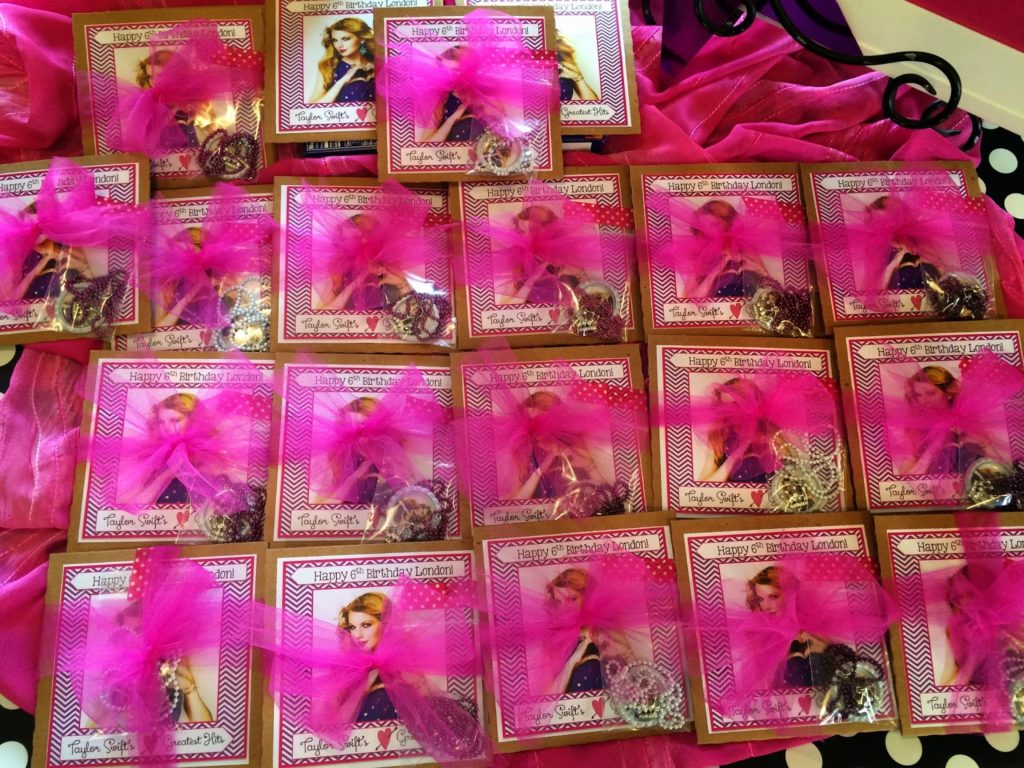 I attached em both together with washi tape and tulle. 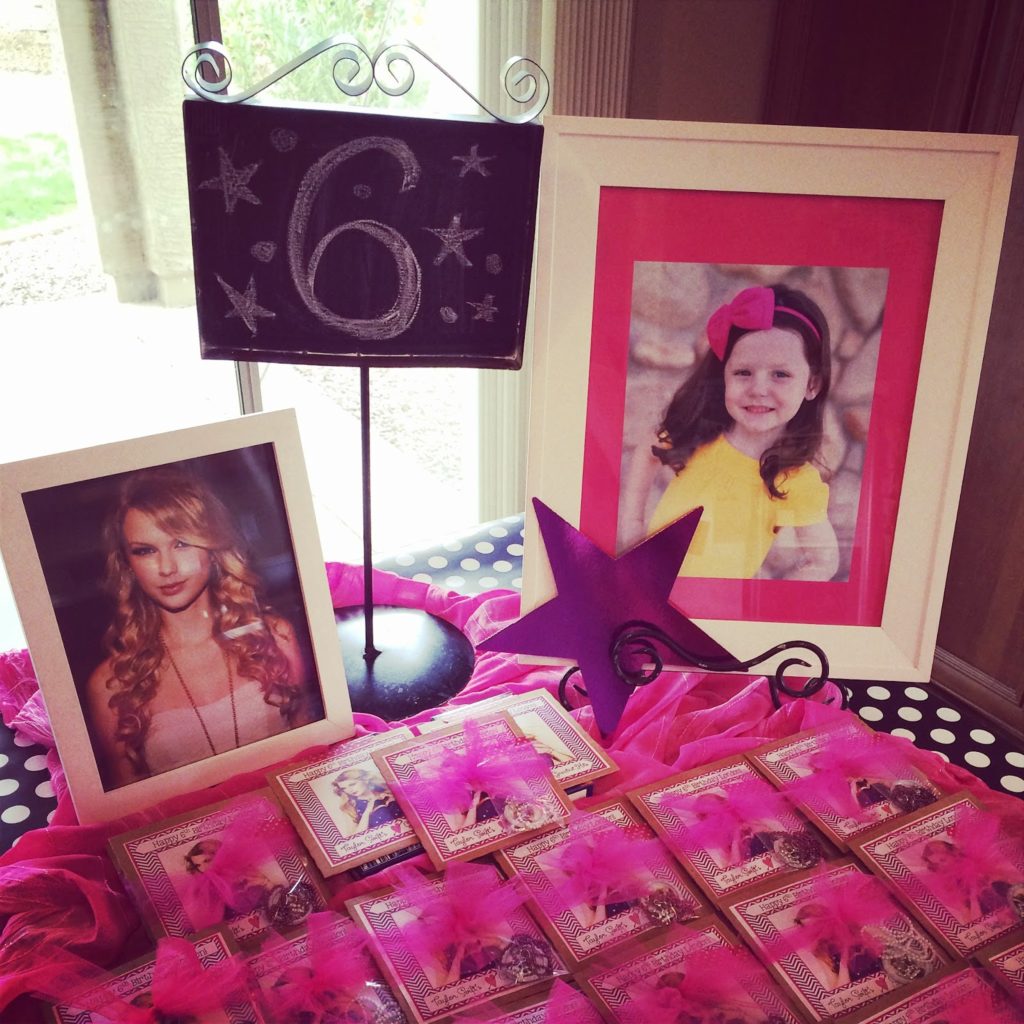 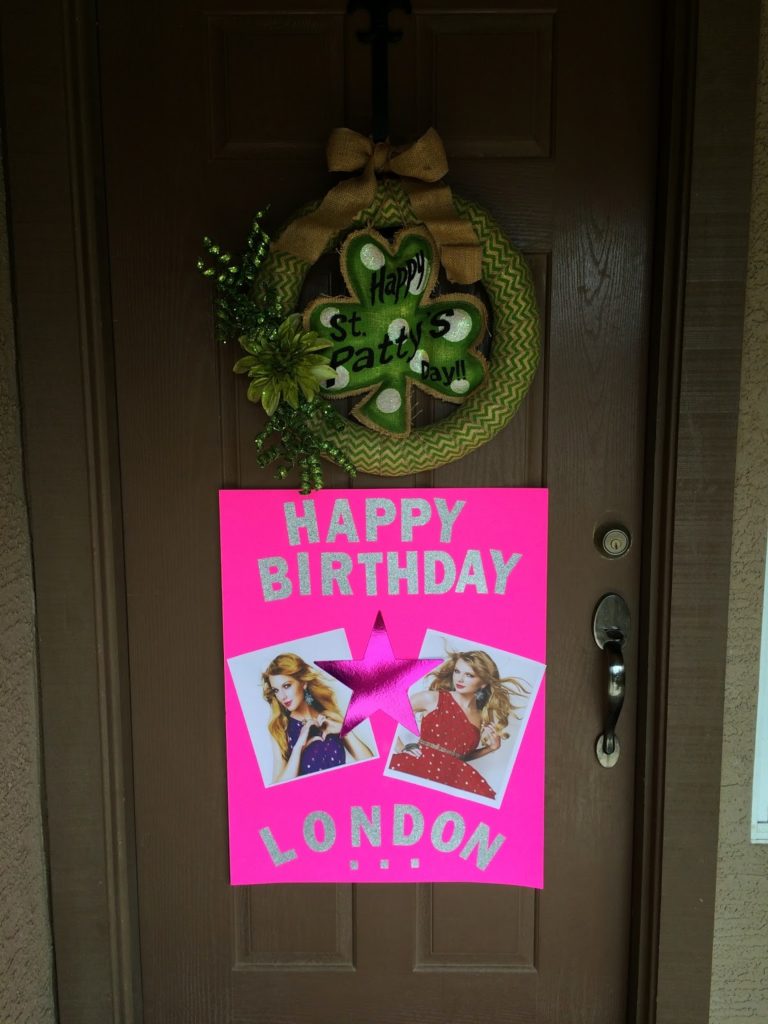 The party was a HIT and I could barely move afterwards I was so tired {chuckle}. My daughter was PLEASED as PUNCH and that made it all worth it! 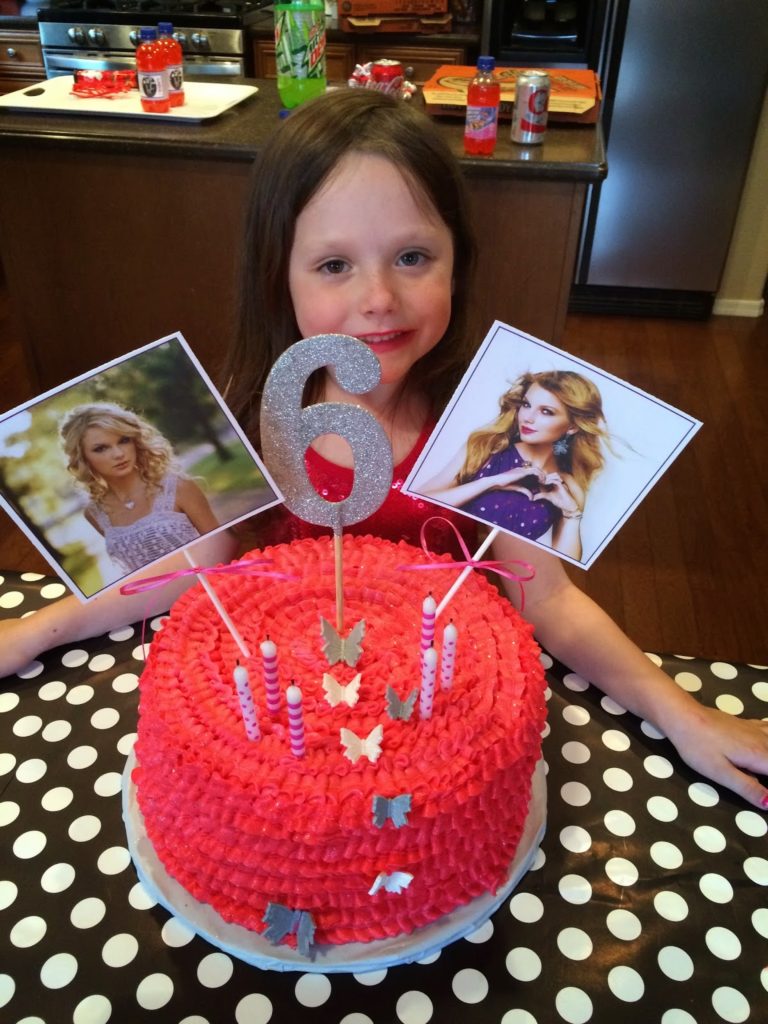