On day 7 we packed up the mini van and headed up north for the weekend.  {I refused to come back to AZ until after the 4th of July.  The 4th of July in Phoenix is pretty brutal.}

We stopped by ‘The Drive Inn’ for lunch in Beaver, Utah and were not disappointed. {Thank you Yelp!}  When in a small town…always use Yelp. 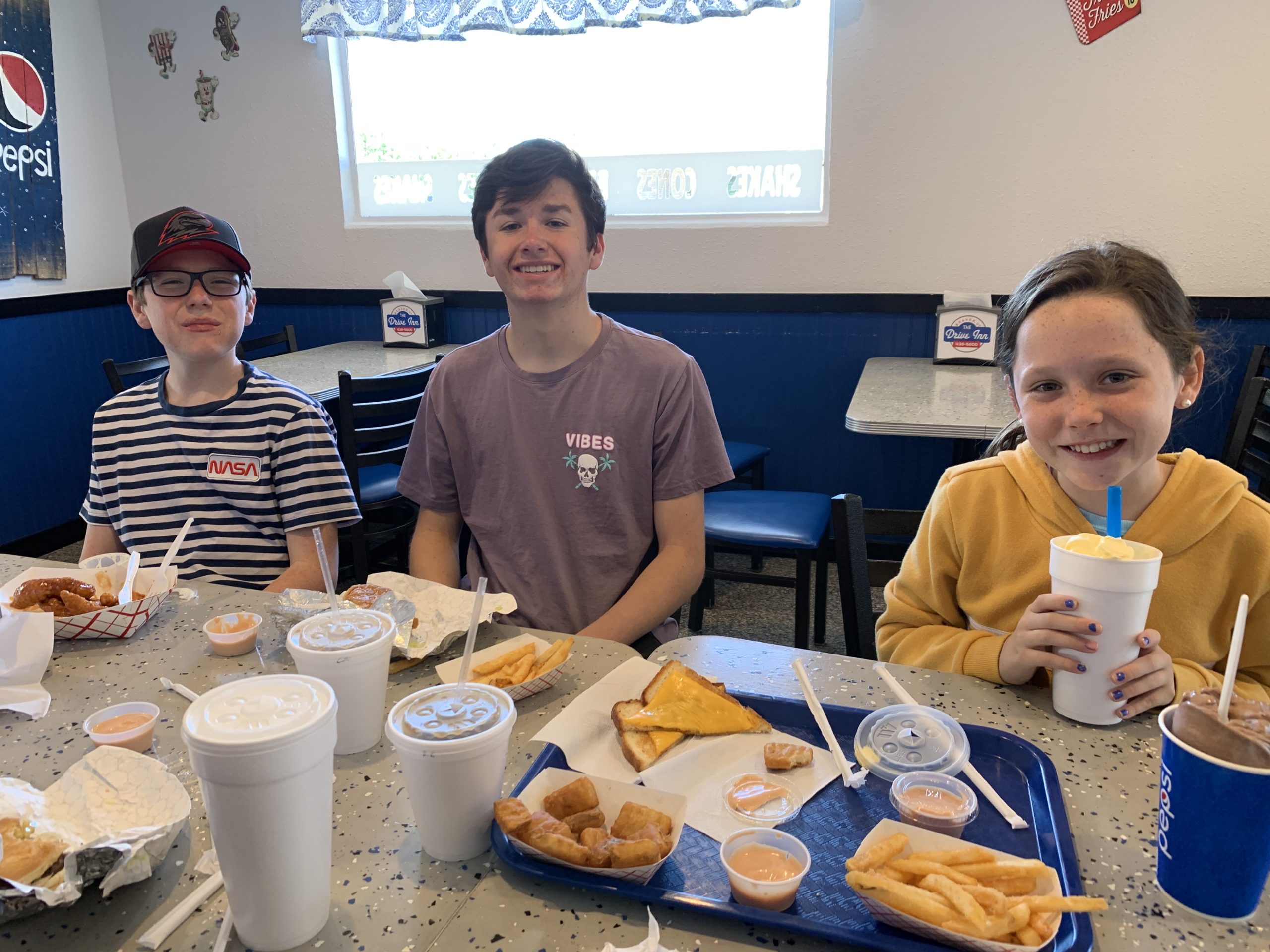 They sold something called a ‘Dewski’ which was pretty much just a pineapple Dole Whip with Mountain Dew.  Joe and London died over it.  If you ever drive through – try it!

We stayed the night at my nephew’s cute new house in Vineyard, UT which is just right next door to Orem.  Joe wanted to drive around his old stomping grounds of UVU and BYU so we spent the afternoon doing that… 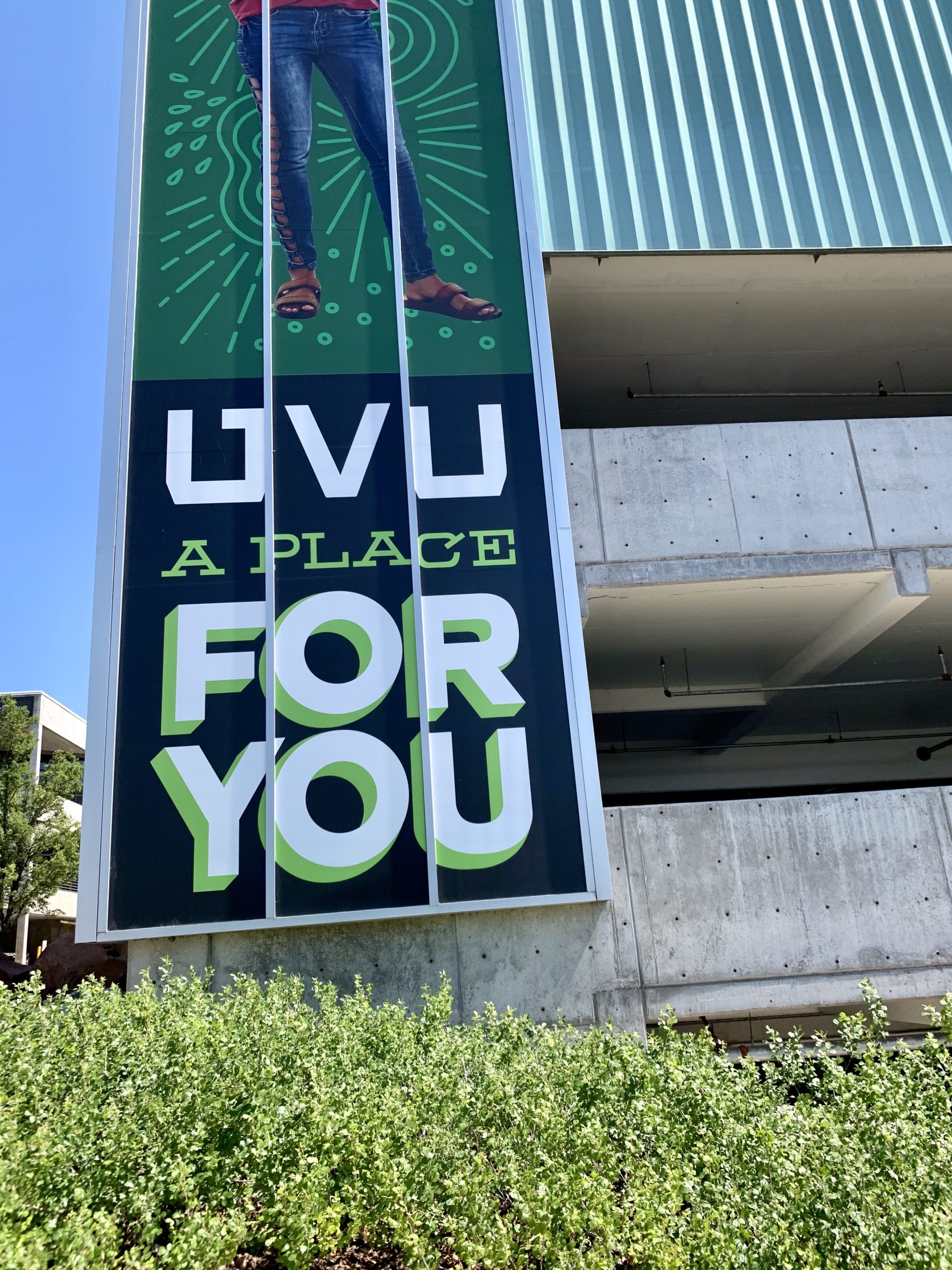 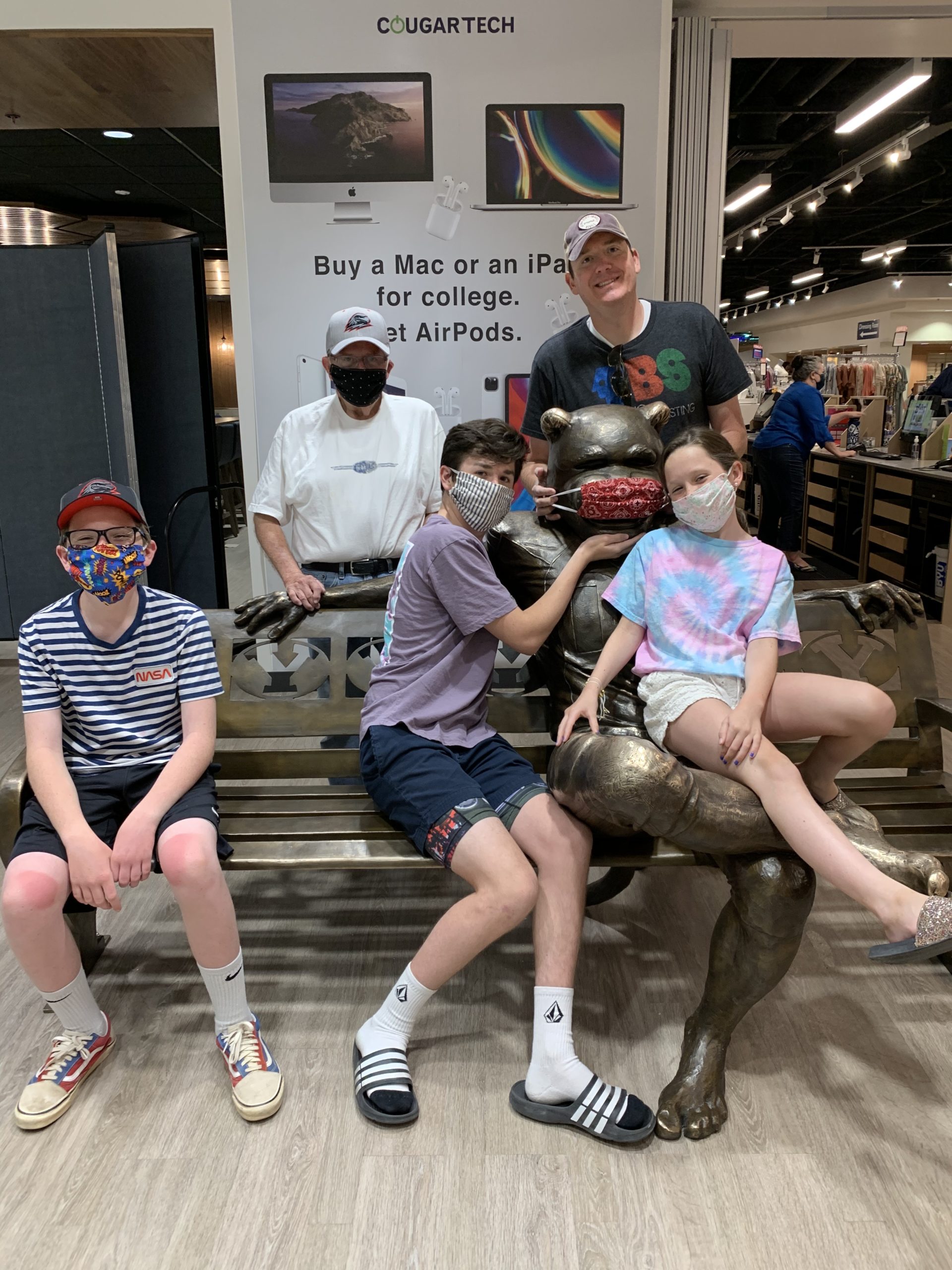 Man….Provo has really grown since the last time I was there! 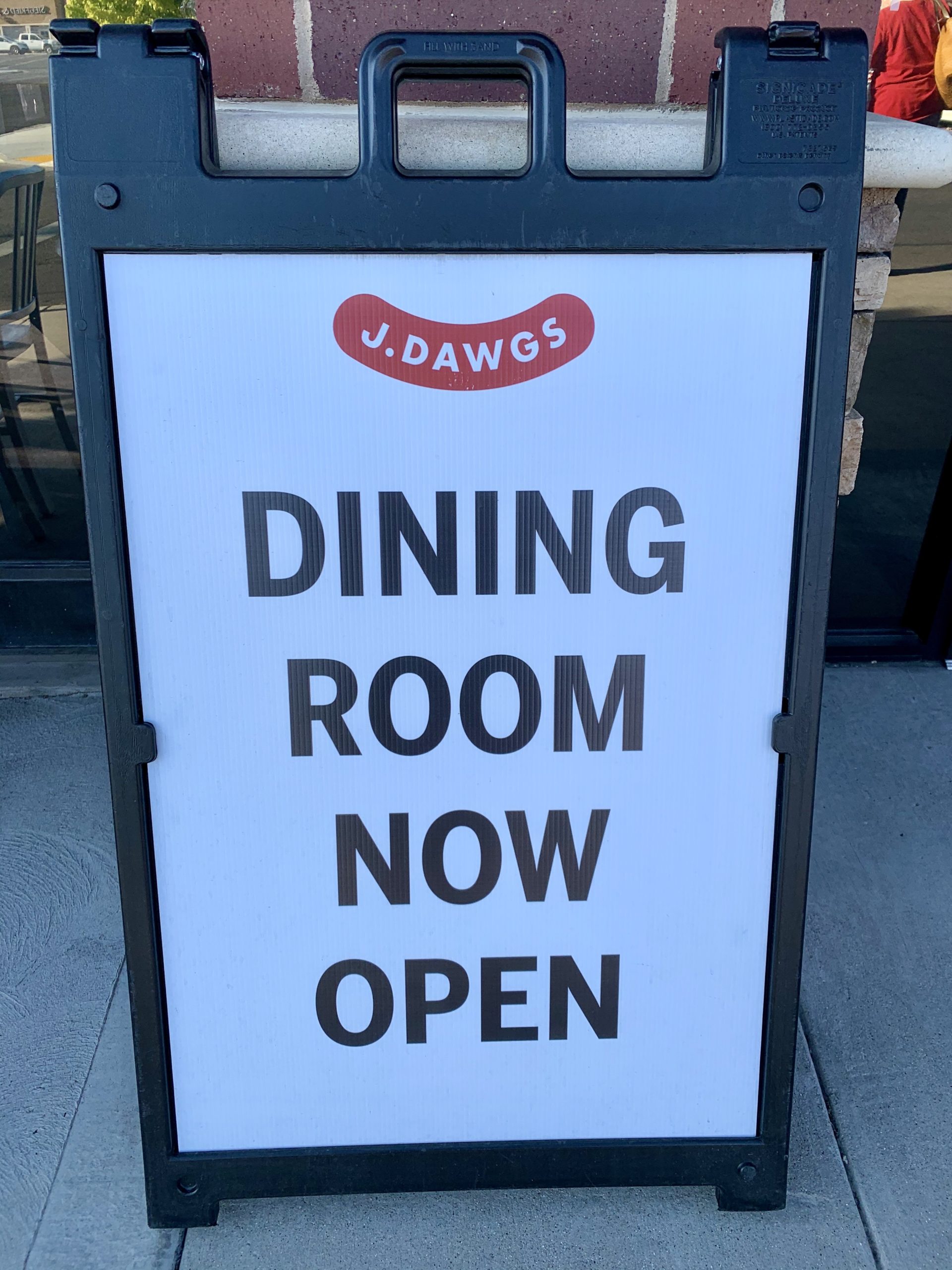 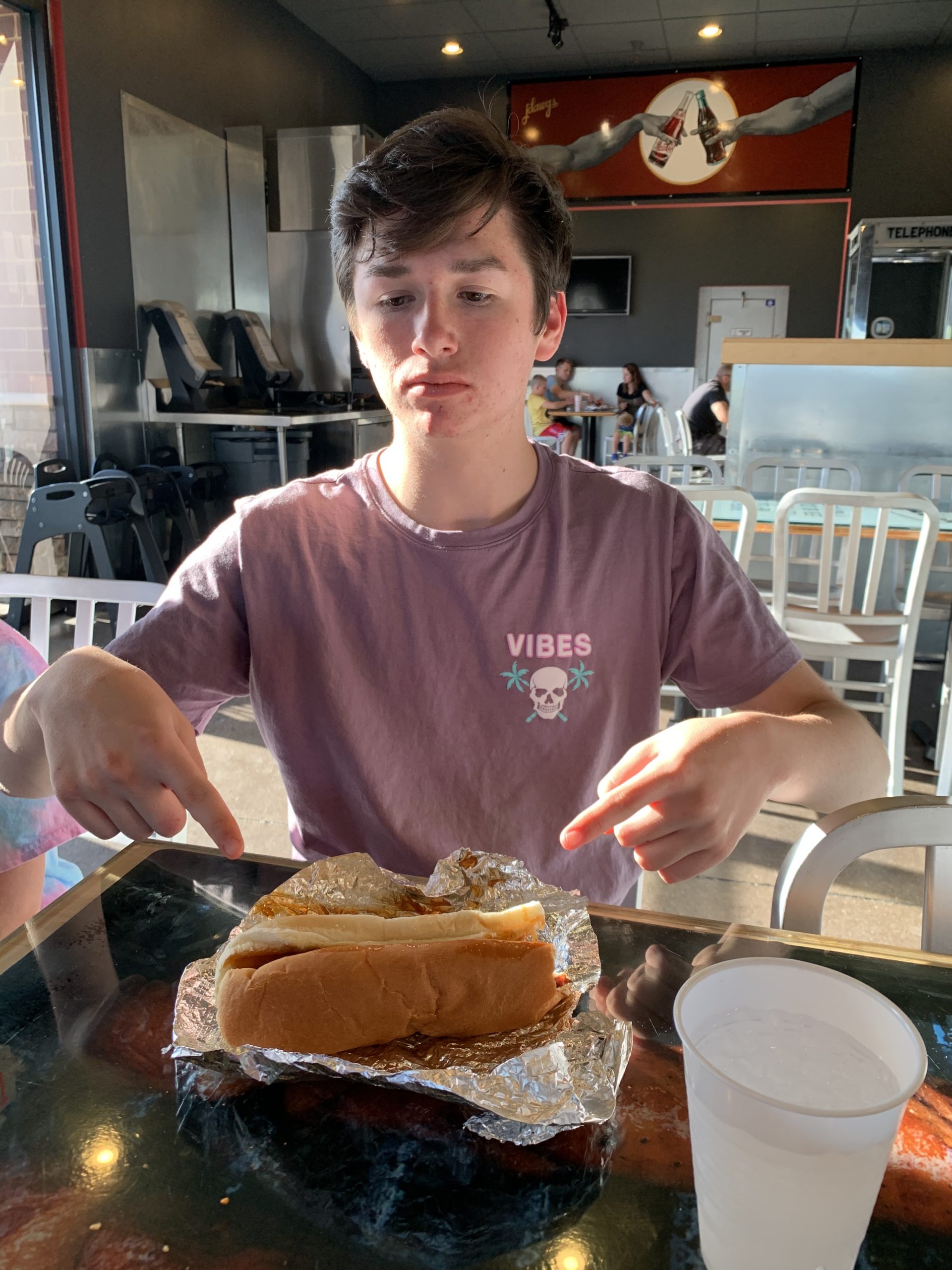 So dang good, Grant had seconds! 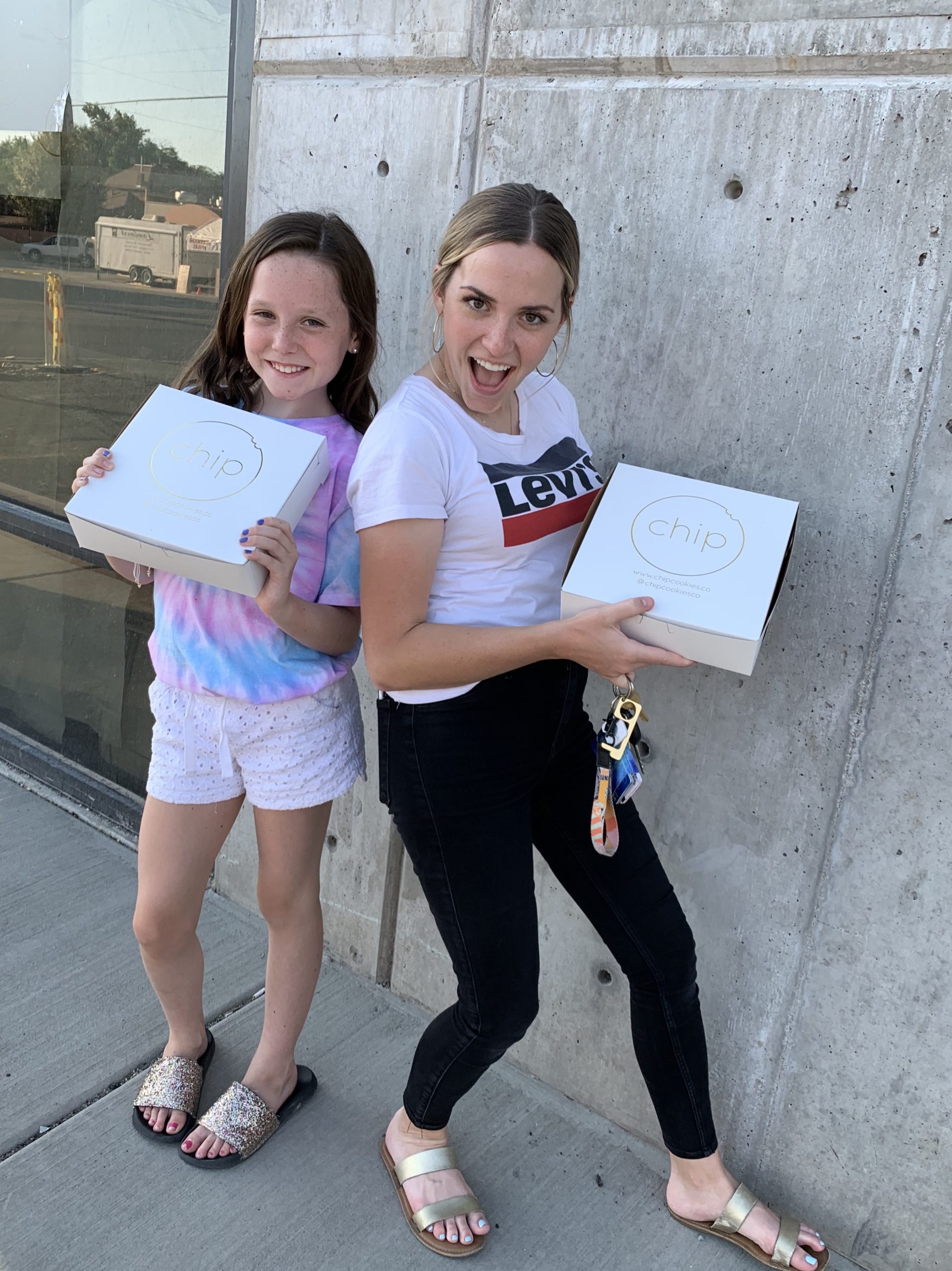 We picked up dessert at Chip and then headed back to the house to play games for the rest of the evening. 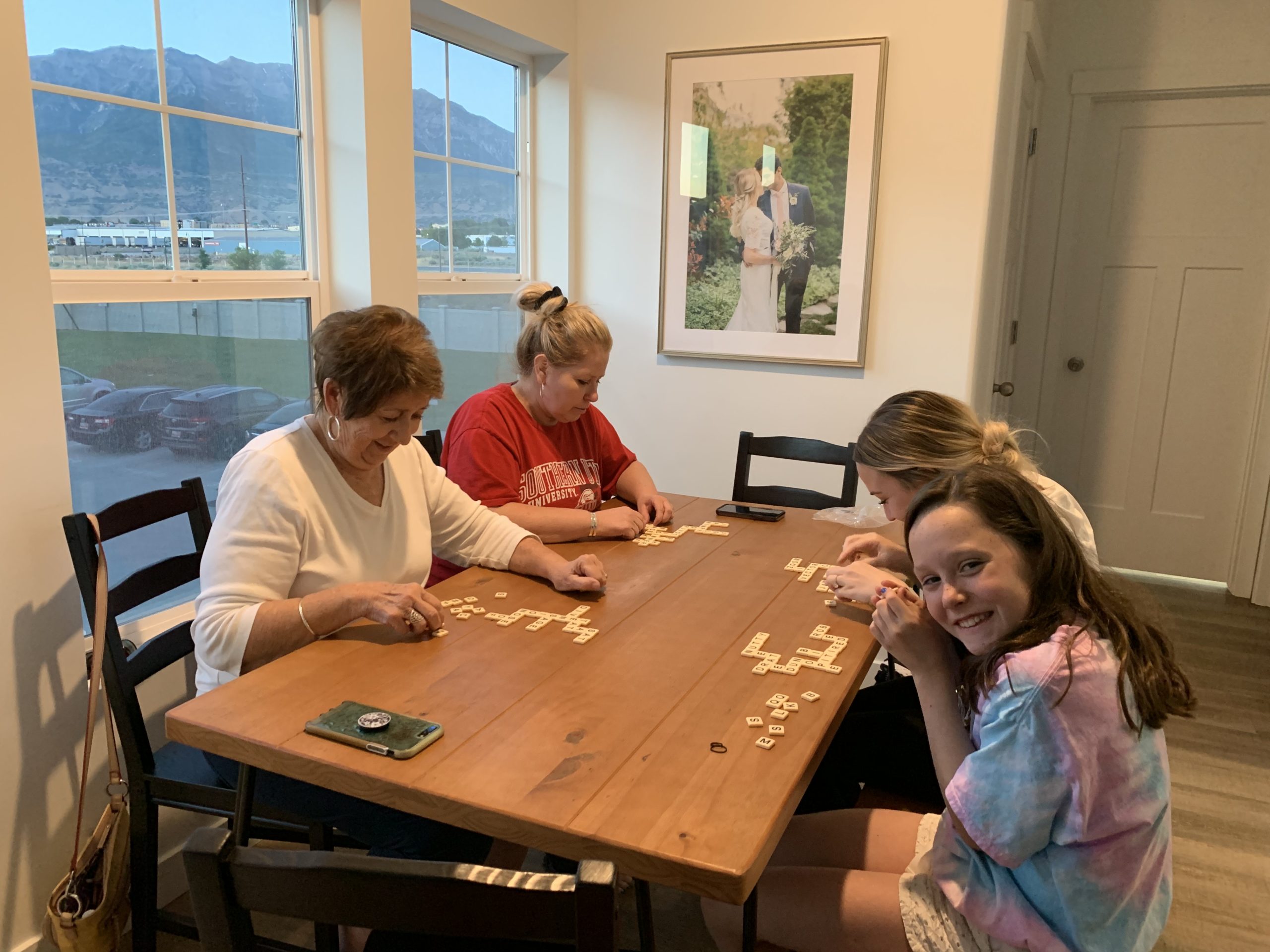 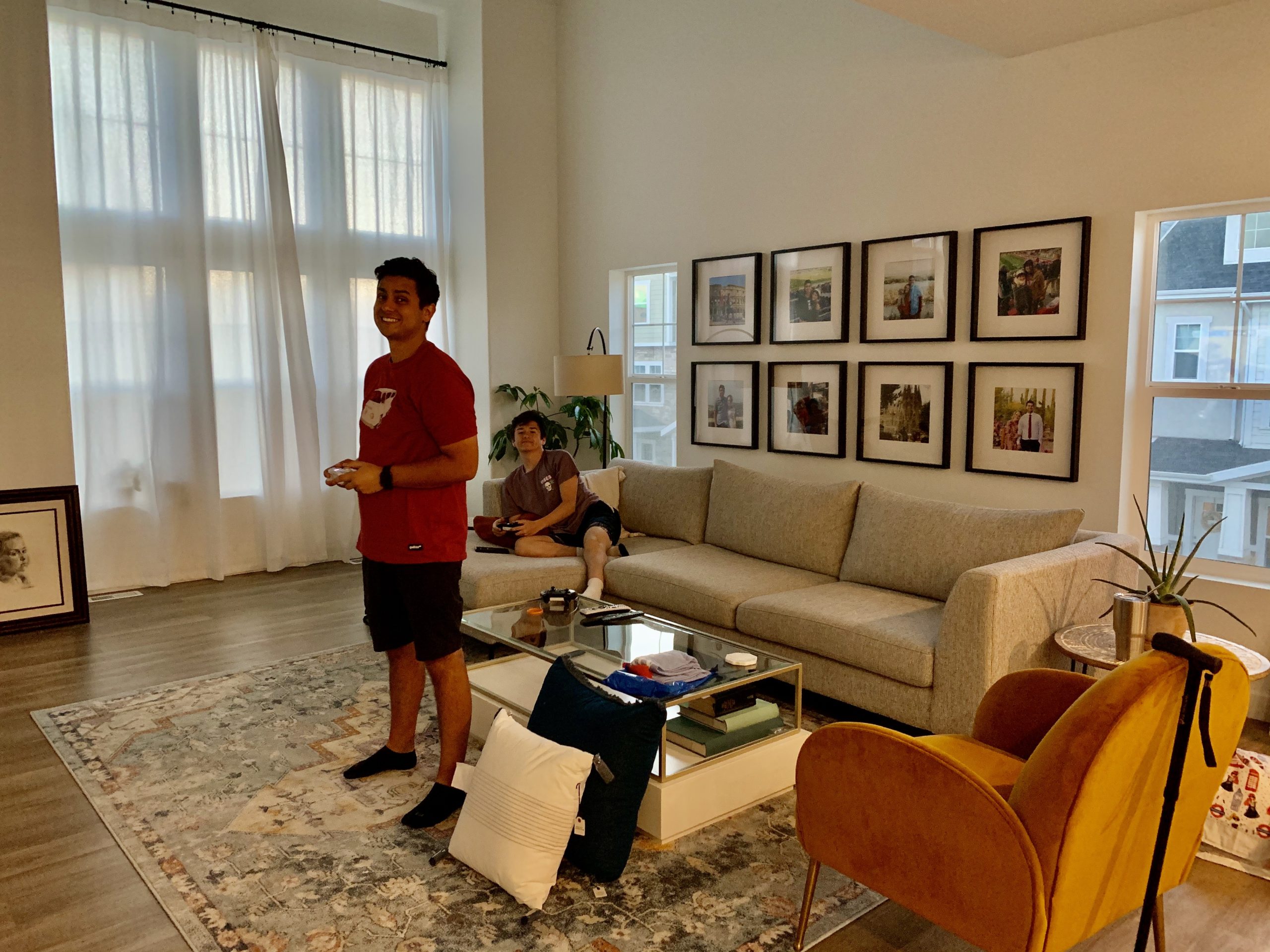 So fun.  Also, how is my nephew old enough to be married, have a house and a baby on the way?! Wasn’t I just changing his diapers??? Sure seems like it!