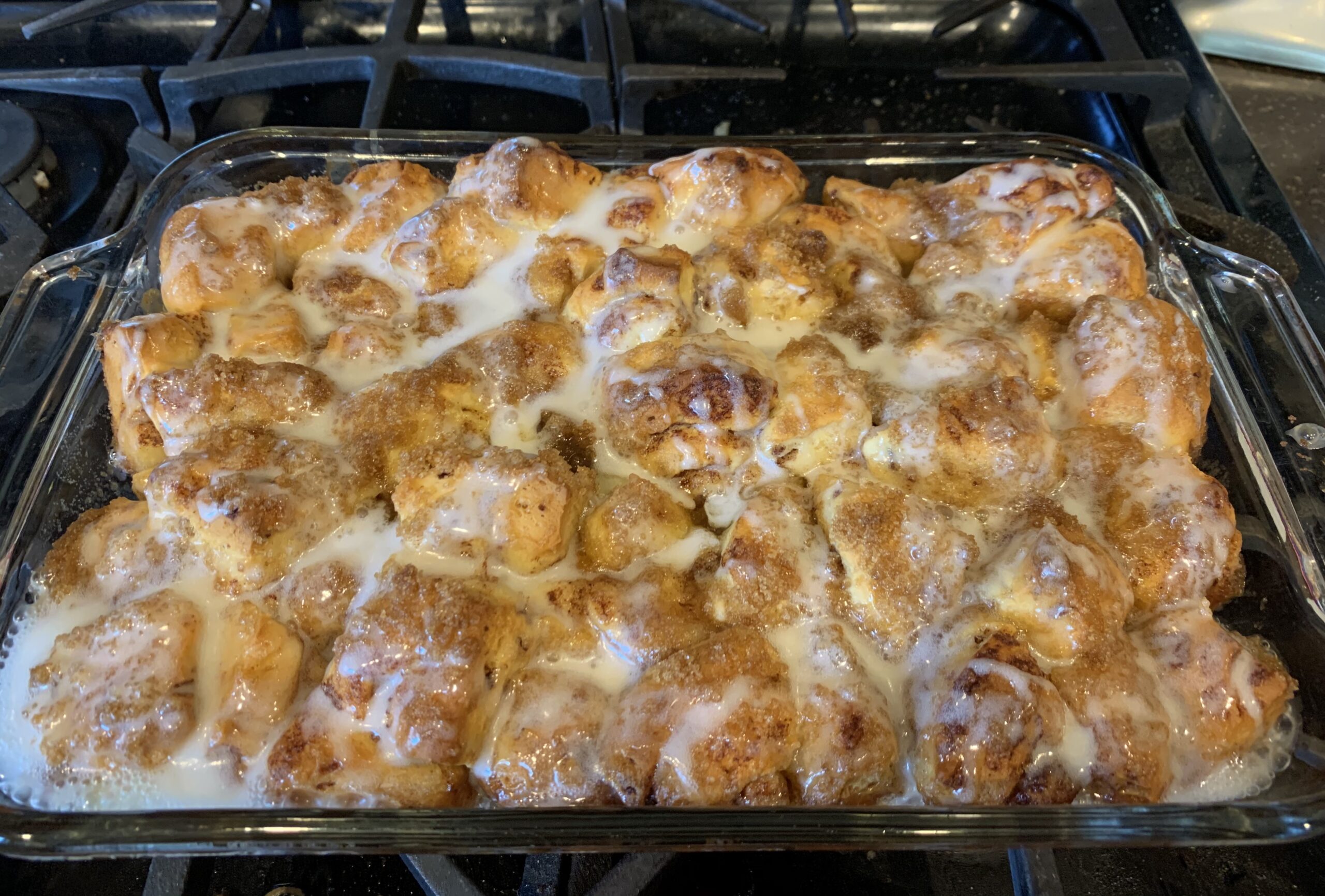 I’ve been getting some emails and requests for the recipe of my yummy cinnamon roll casserole that I posted over the weekend.  This recipe is a HIT you guys!!  It’s super easy and super quick.  No waiting for anything to rise!  My family devours it every time I make it.  I hope you’ll enjoy it too!!

2 tubes of Pillsbury cinnamon rolls – the regular size, not the giant ones

Bake on the temp according to package however – – cook time will be a bit longer.  I usually find that it takes about 25 minutes to get the middle done.

Melt your icing plastic containers {take off the lids first!} that come in the packages, for 10 seconds.  Drizzle on top of your casserole and WA-LAH!  Deliciousness in the A.M!

Side note:  Whenever my Lamoreaux family gets together for holiday breakfast or brunch and we make this, we double it.  But instead of doing it all in one big pan, it bakes better if you do two smaller pans.  Just my two cents 😉