Last night was our Young Womens Halloween Dinner.
Most came dressed in costume…and it was a good thing as there was a prize involved. 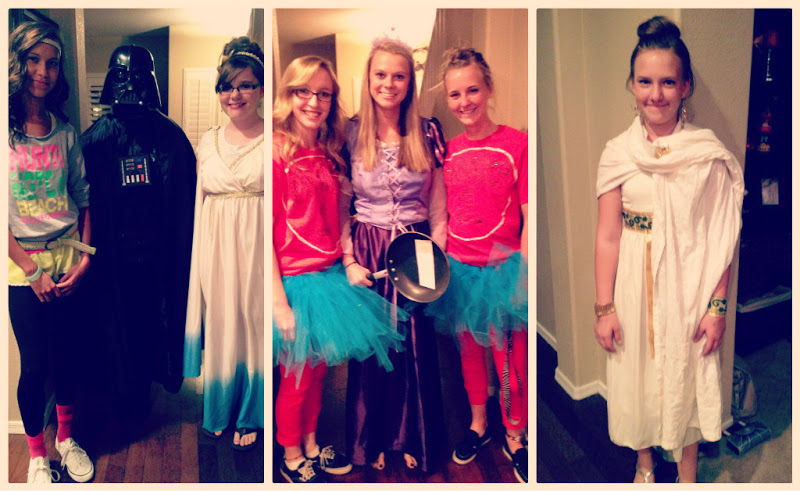 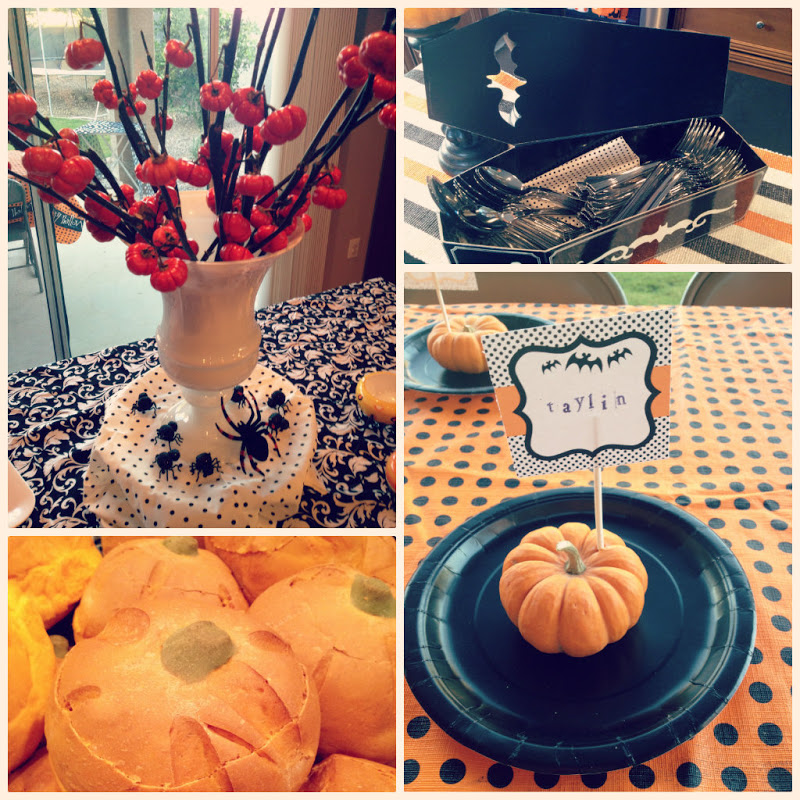 We served VOMIT as an appetizer….
{Ok ok…it’s spinach dip} 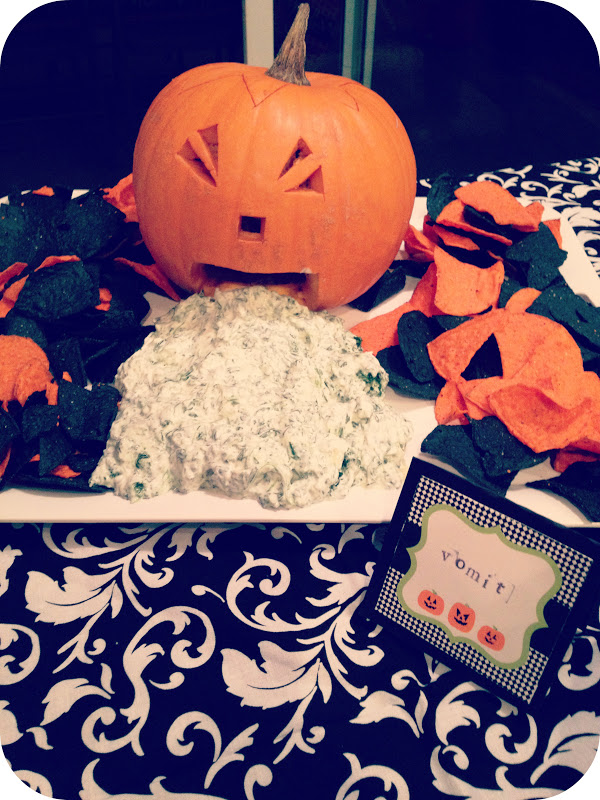 ….and Vampire cupcakes for dessert… 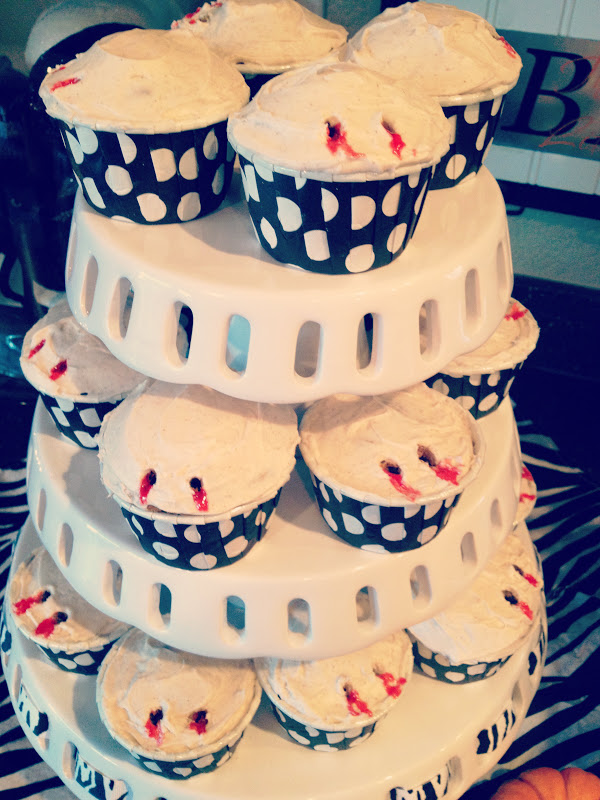 {Idea from my talented Sister-in-Law}.
We played two different games.
Wrap the mummy…. 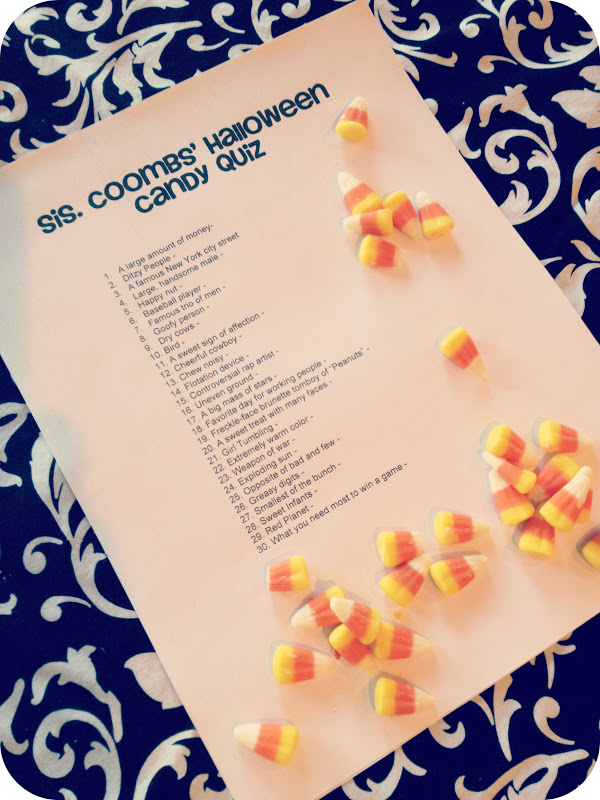 This one was a lot of fun.  There was a list of 30 words describing different types of candy or candy bars  and you had to guess what the REAL answers were.
For example:
A large amount of money = 100,00 Grand
Dry Cows = Milk Duds
Extremely warm color – Red Hots
Prizes were give to those who scored highest.

We ended the evening with a short ‘Halloween-ish’ devotional all about missionary work.
My sweet counselor was in charge of that and she did such a great job.
She had brought 6 different big Halloween cut-outs of ‘scary’ things and then on the back, she had written ‘SCARY’ myths and rumors that the girls had heard about sister missionaries in the past. 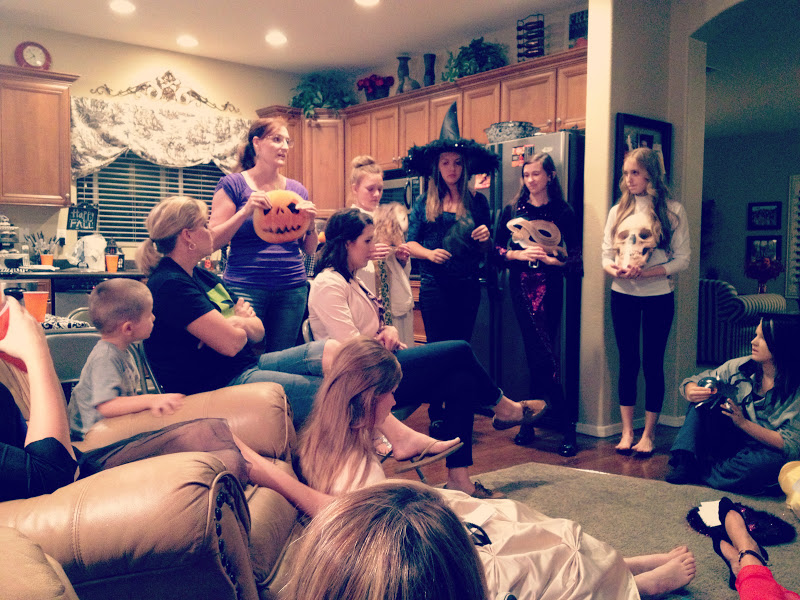 With the new announcement that girls can now serve missions at the age of 19…we wanted to talk about it and  dispel any past doubts or thoughts about it.
Myths and Rumors included:

* The only girls who go on missions are the one’s who can’t get married.

* The only girls that go on missions are the one’s that don’t have any plans or goals in life.

* “All of my guy friends will just be getting off their missions as I’m starting to leave on mine”.

* I’ll just be too old when I get back

* All the good guys will be taken when I get back.
As each girl read what was on the back of their card, we talked about it and how it just isn’t true and then the girls tore up the cut-out and threw it on the ground.
Now that girls can serve missions when they’re 19 really changes things up!
So much excitement surrounding it!!
Serving a mission as a girl now….in fact….isn’t SCARY at all!