* Friday was a pretty BIG day for London.
It was her LAST day as reigning
STAR STUDENT OF THE WEEK
and her teacher ate lunch with her and then took her to the vending machine to pick out WHATEVER she wanted!!

Yup, she was on cloud 9.
{Thank you Buist for capturing the sweet moment!}

*Friday night was the annual Costume Ball at our school and it was the official unveiling of the
Coombs Kids’ Costumes for 2014. 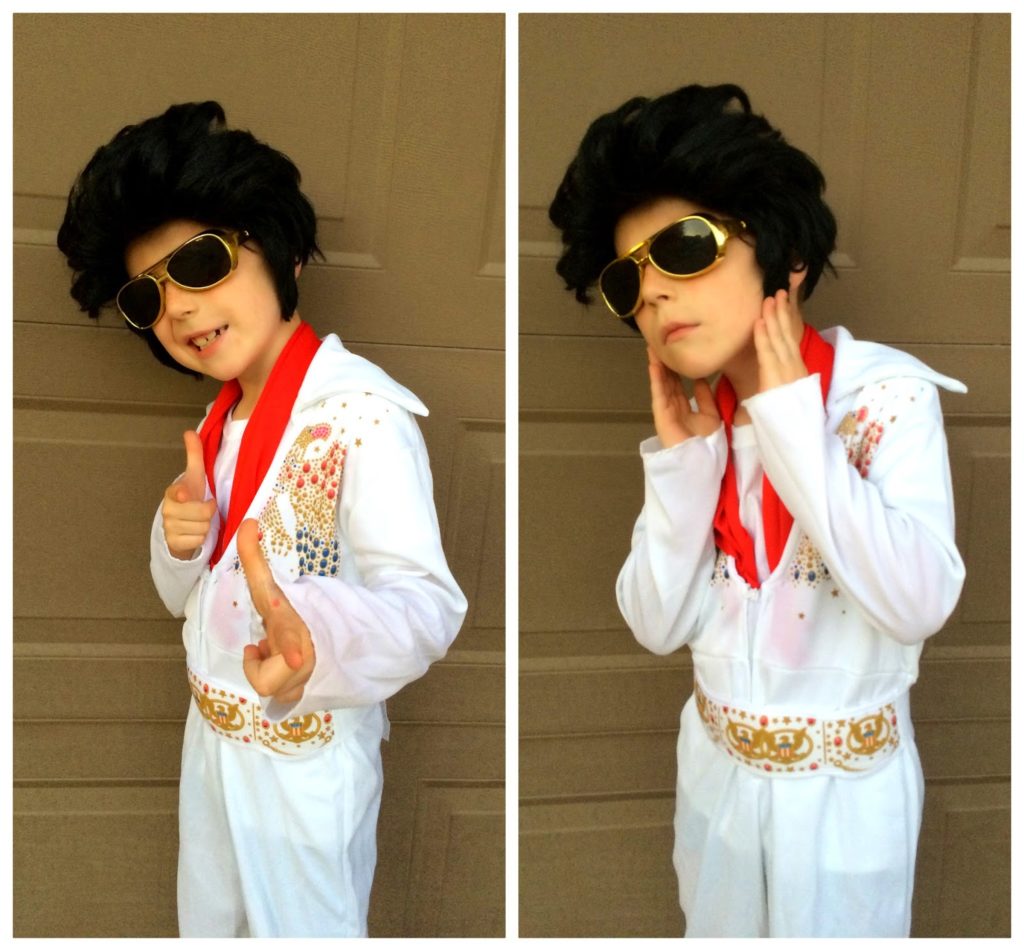 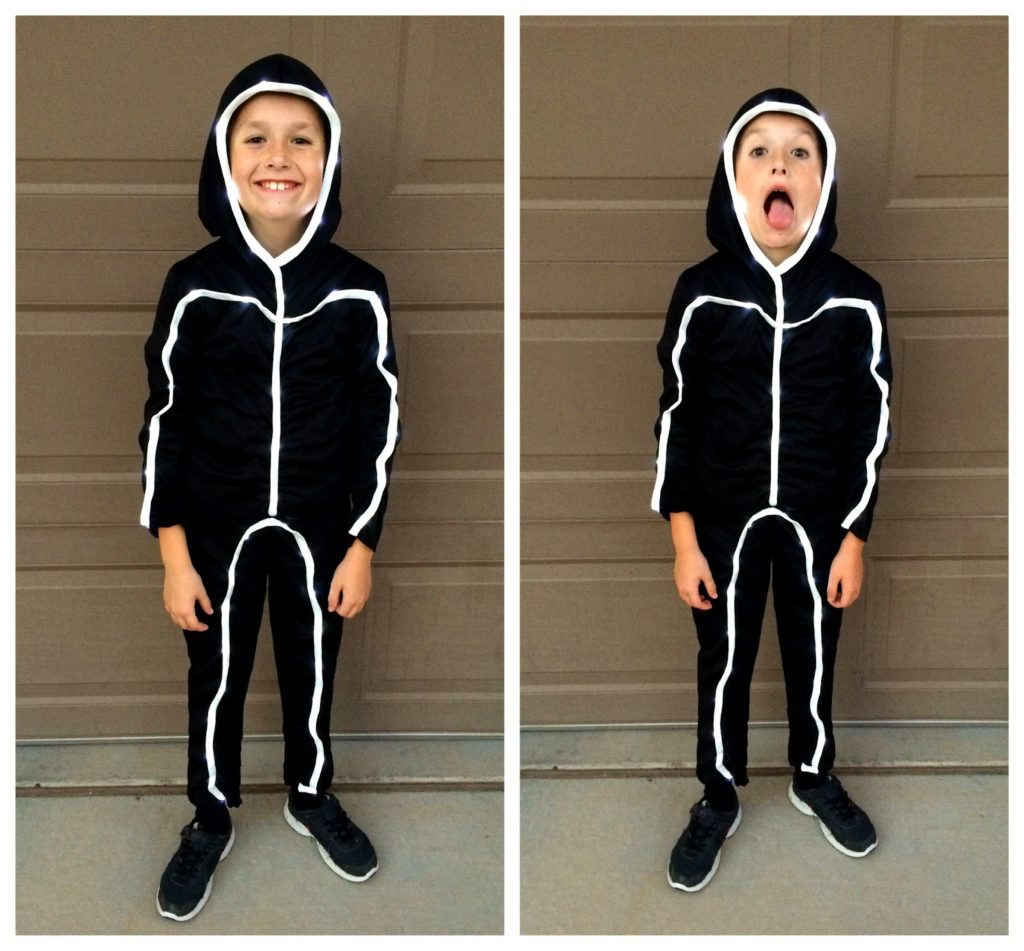 A light up stick figure who just so happened to win the 1st place prize for BEST BOYS COSTUME at the ball.
{I think his non-stop sweet dance moves might’ve
helped him edge out his competitors just a bit.} 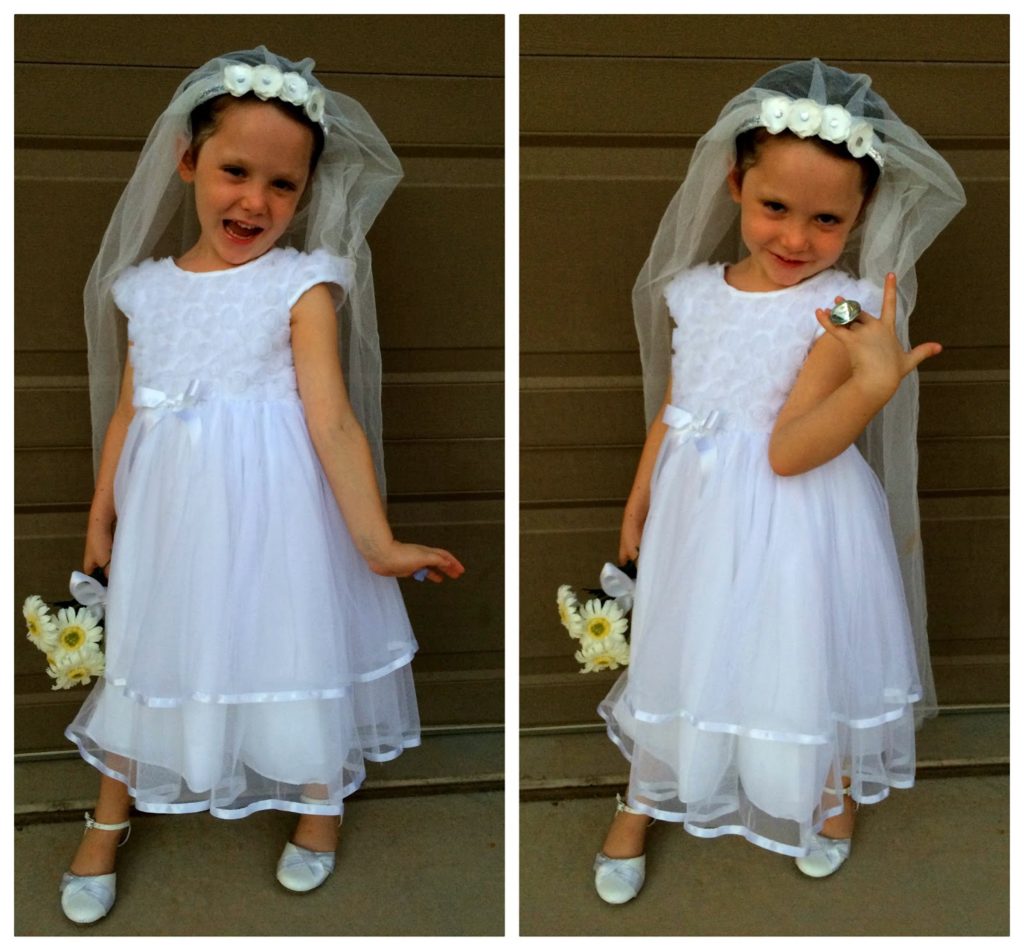 And a sassy 5 year old bride with WAY too much bling. 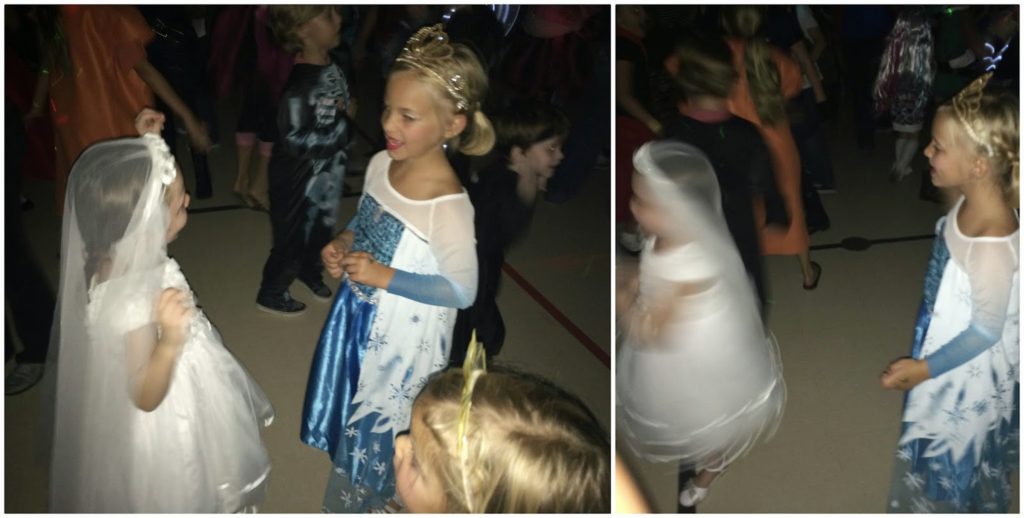 The kiddos literally danced the night away with their friends and had a BLAST! 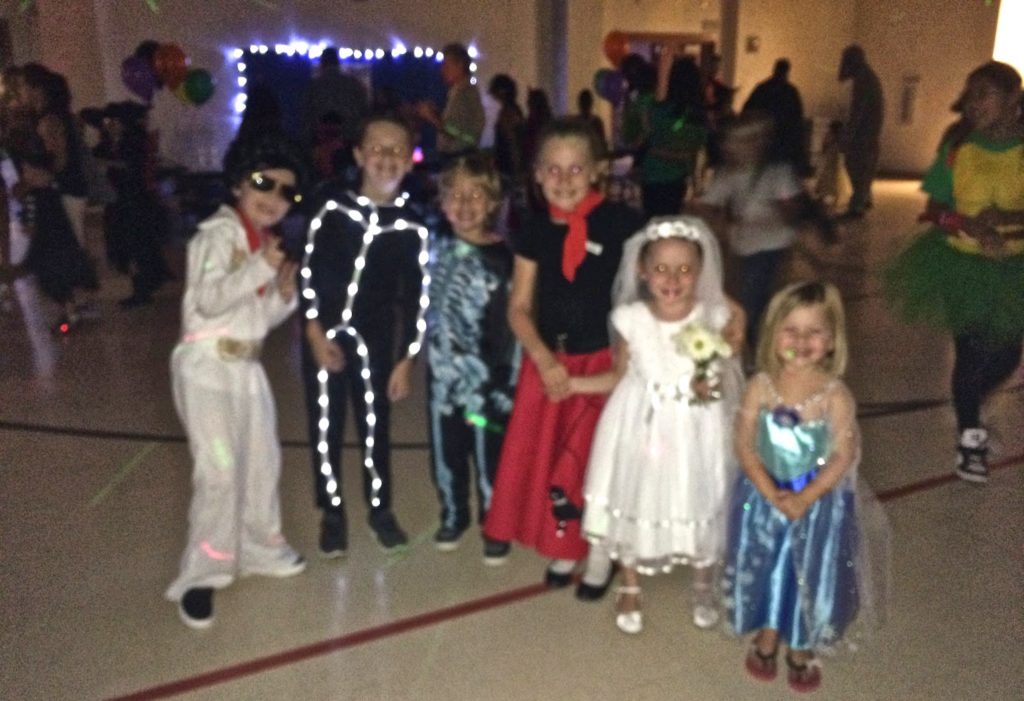 Yes, this pic is blurry but it catches Grant’s outfit in the dark.
As well as Carson doing one of his epic Elivs moves.

* Basketball game on Saturday.
It was Grant’s team’s first official game of the season and….
they got creamed.
Like majorly. 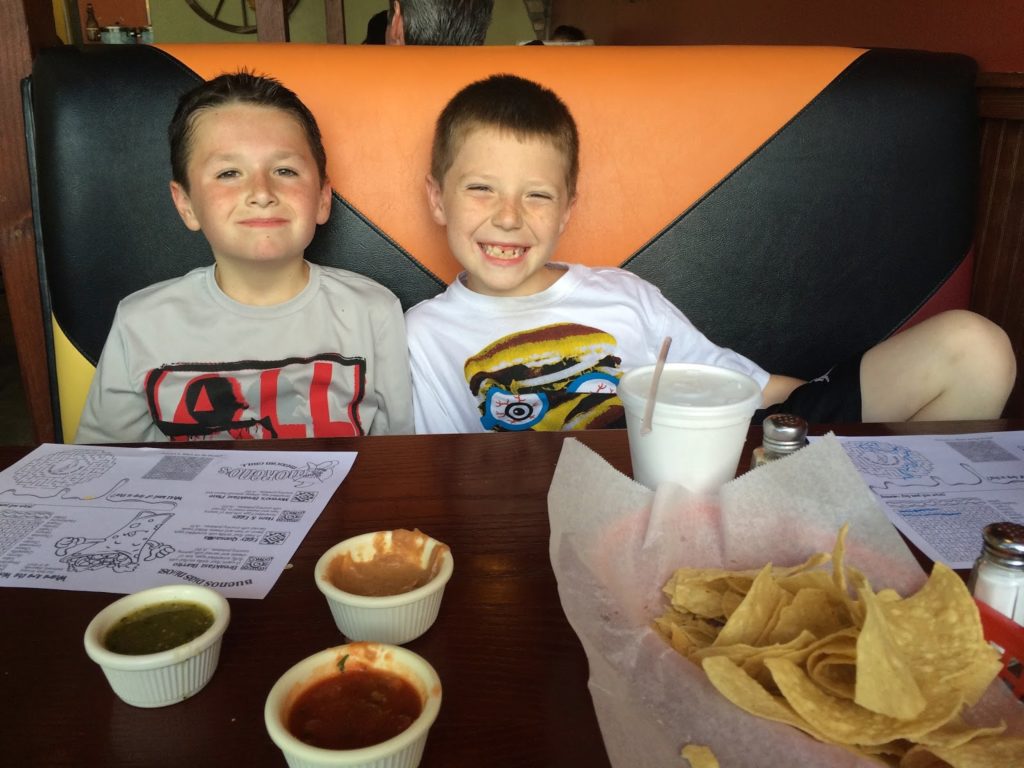 * The rest of my day and evening was spent prepping my room for the annual Stake Youth Spook Alley.

My friend was in charge and asked me to be in charge of one room.  Naturally – – I had to pick a Creepy Clown theme because clowns are the FREAKIEST creatures on the earth, right? 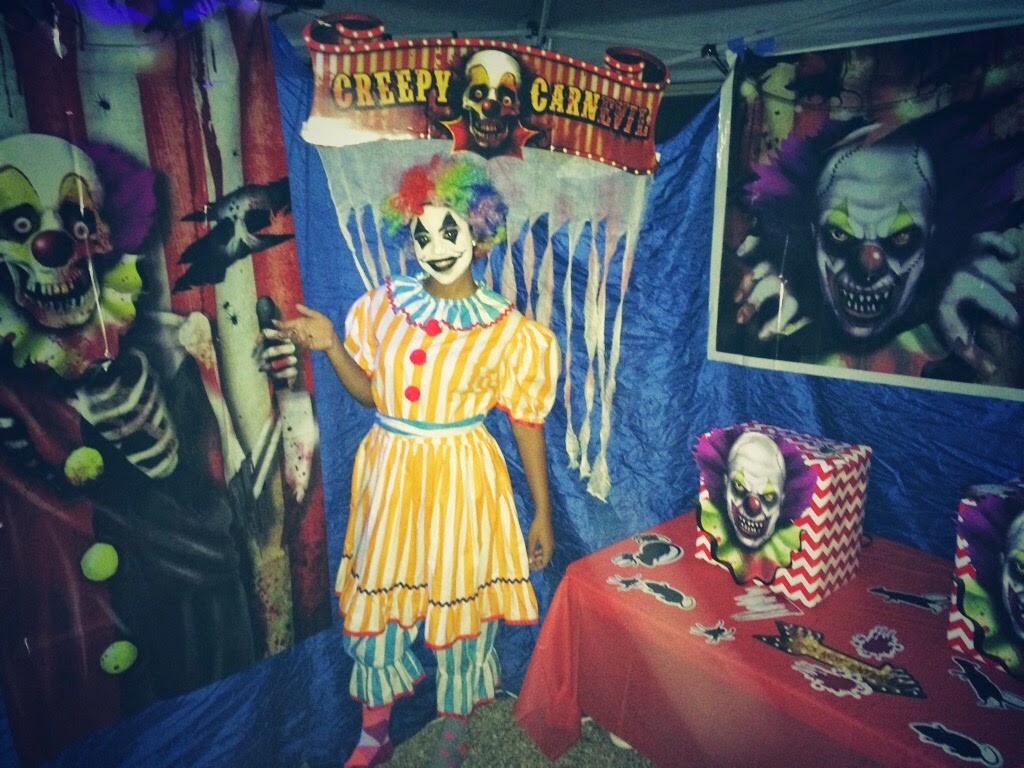 One of my old Laurels volunteered to be the actual clown and  she popped out and scared people as they came through.
So. Funny!!!!

* Joe was waiting for me when I got home and we stayed up late eating popcorn and watching Jim Carrey host SNL.
2 thumbs up for his gig.
One of the funniest SNLs they’ve had in a LONG time.

* Dinner at my parents house afterwards. 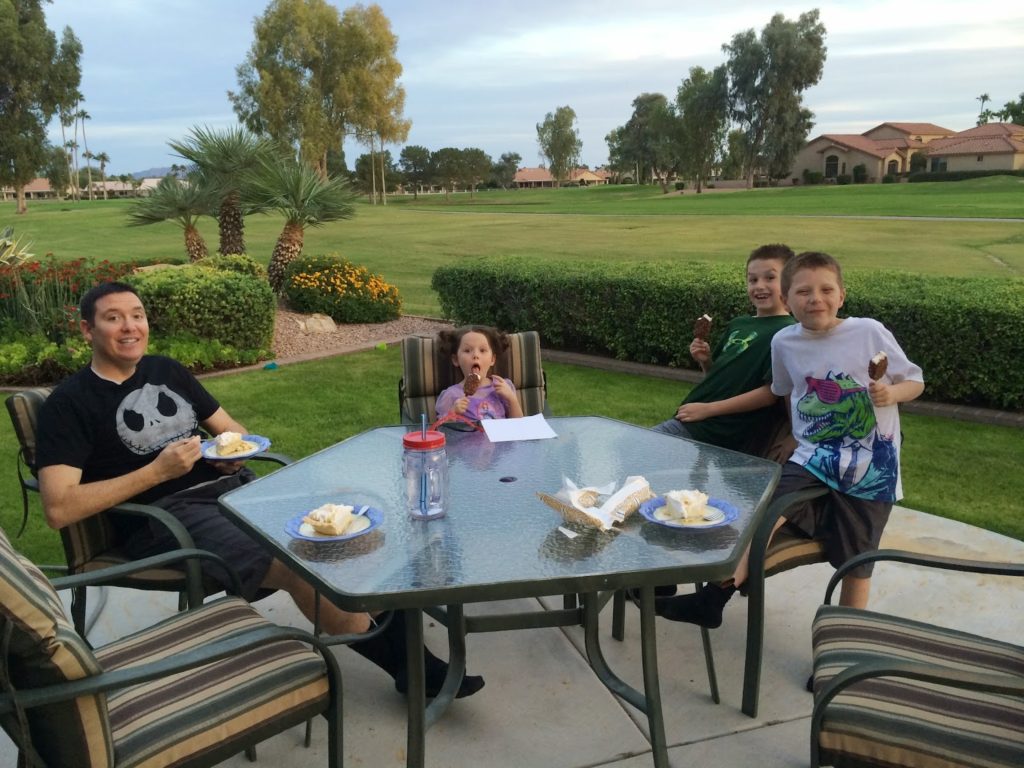 Dessert in 80 degree weather
on their patio on the golf course.
Doesn’t get much better than that.

* Trunk or Treat on Tuesday

* Lam Fam bash and trick or treating on Friday night.