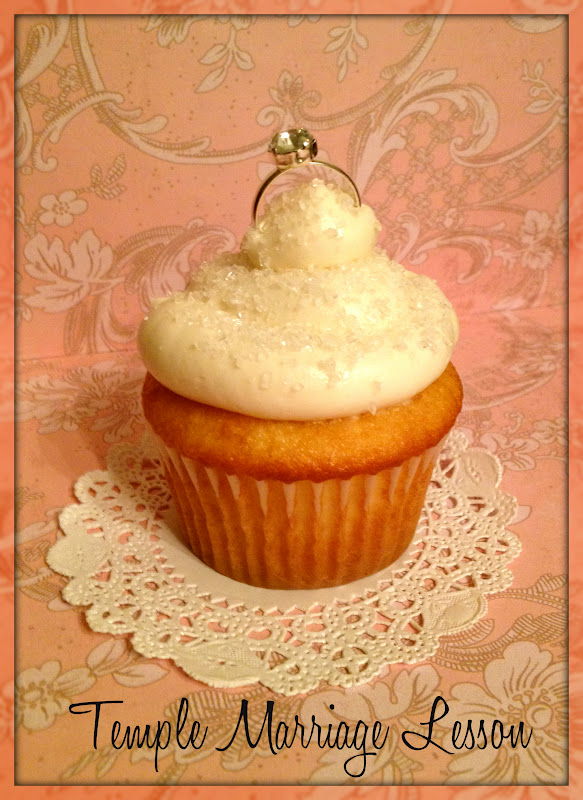 Today I had the privilege of teaching my Laurels lesson #18 out of Manual 1.
Temple Marriage:
Requirement for Eternal Family Life.
This is probably one of my very most favorite lessons to teach.
Why?
Well because you see…since Joe and I chose to get married in the temple…. we get to be TOGETHER FOREVER.  With our family.  And that….is cause to rejoice!
Yup.  One of my most favorite topics indeed.
I showed the girls a snippet of our wedding video. {I might’ve bawled a little too}.
I found a cute idea from Little Miss Suzy Q that I incorporated into my lesson as well.

Two cupcakes. one with frosting, one without frosting. Ask girls which one they would rather eat. Most of the girls will pick the cupcake that has frosting because it looks better, is more appetizing, and is sweeter. After the girls decide which one looks better ask a girl to come up and take a bite out of one of the cupcakes. When she picks up the frosted cupcake she’ll know immediately that there is something wrong with it because it will be very light. There is actually only a tiny bit of cupcake and the rest is a styrofoam ball. It’s frosted and looks beautiful, but you wouldn’t want to bite into it. Allow her the bite it or take it apart being careful not to embarrass her. The lesson…neither cupcake is the complete package. You wouldn’t want a cupcake that’s only icing, but a cupcake without frosting isn’t any fun either. It’s the same when looking for a husband. You don’t want a guy who is only icing; good looking, charming, athletic, etc, but has no cake; high standards, kind, hard working, committed to the gospel, loves the Lord, etc. You want the icing too though. And that’s okay. 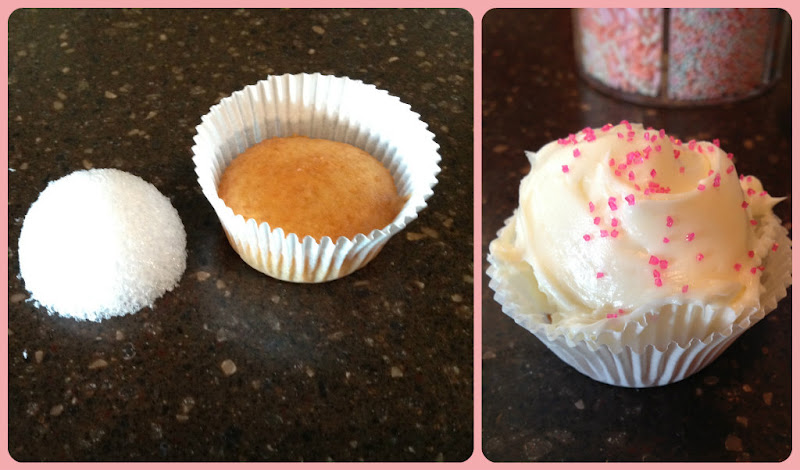 I decided for this part to make up a few mini cupcakes.  They worked out perfectly.  It was so funny to watch the girl who chose the ‘frosted’ cupcake try and bite into hers.  It got the message across perfectly. I also gave them THIS handout and had them list the ‘cake’ qualities and ‘frosting’ qualities that they wanted in their future husbands.
After the lesson, I made them each come up to me to get their REAL cupcake and told them that they HAD to say: Sis. Coombs…I promise to get married in the Temple.

Each one said it and I sent them on their way. {Smile}. I sure love those girls and hope they got something out of this.  If anything, I wanted them to realize HOW IMPORTANT they are how they should never ever settle or lower their standards for ANYONE.