We began our last and final day in San Fran with breakfast at Chow’s in Danville.
{I’m telling you – – Danville is where it’s at! Such a charming little town}. 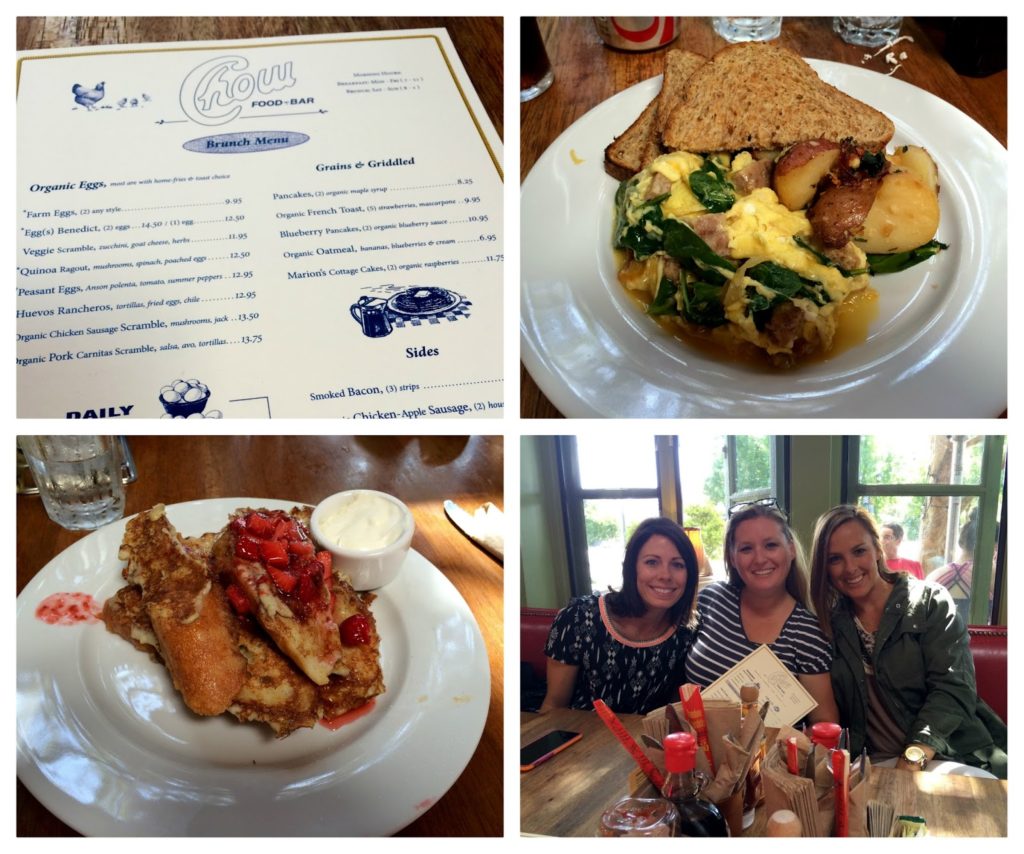 Their chicken sausage scramble was pretty much to die for.
{But what’s up with restuarants not having ‘fountain’ drinks – – only canned beverages with a glass of ice? Is that a California thing?}
We headed over to the Oakland LDS Temple afterwards to walk around and ooh and ahh. 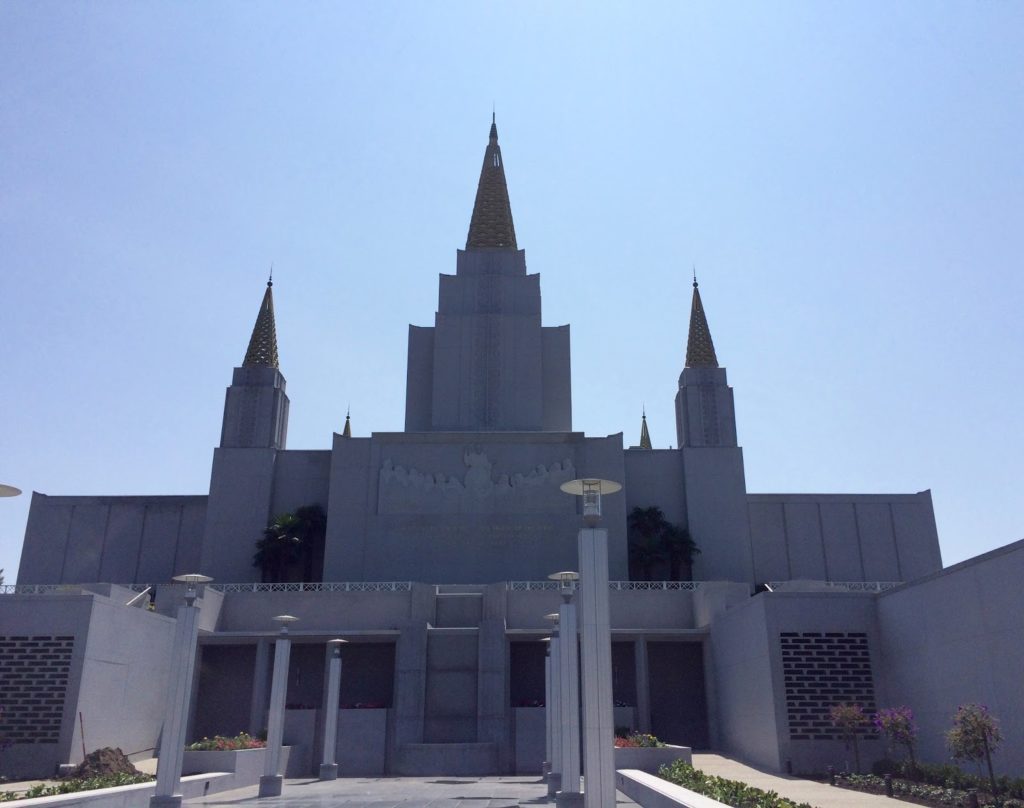 I mean…wouldn’t you?!
This temple is GORGEOUS!!!
I had never been before and I was SO impressed!
Not to mention – – the view from up there…. 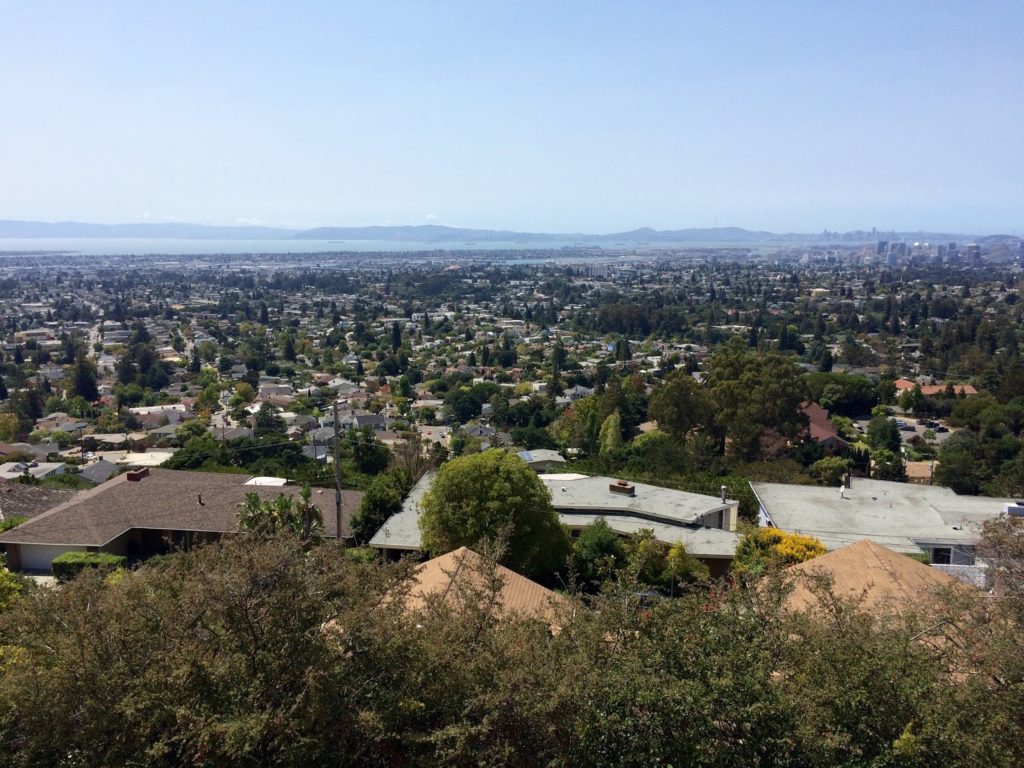 It quickly earned a spot in my top 5 fave temples of all time.
{In case you’re wondering … the Washington, D.C.Temple is my #1}. 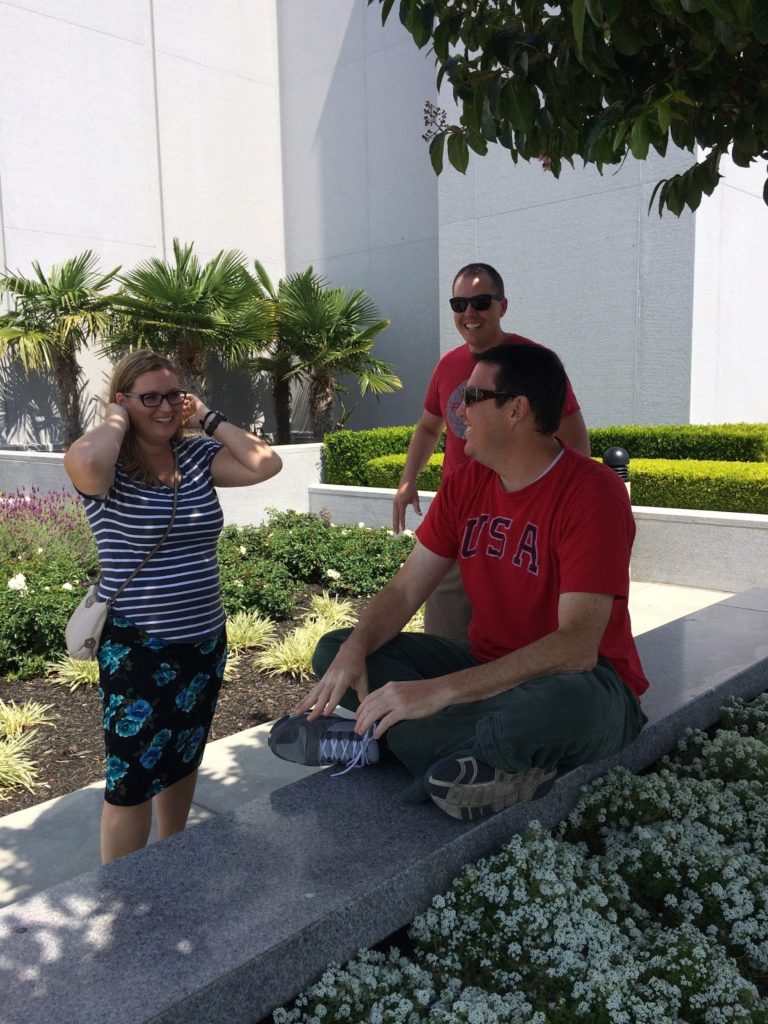 They even had roof top gardens!!!
It was pretty awesome. 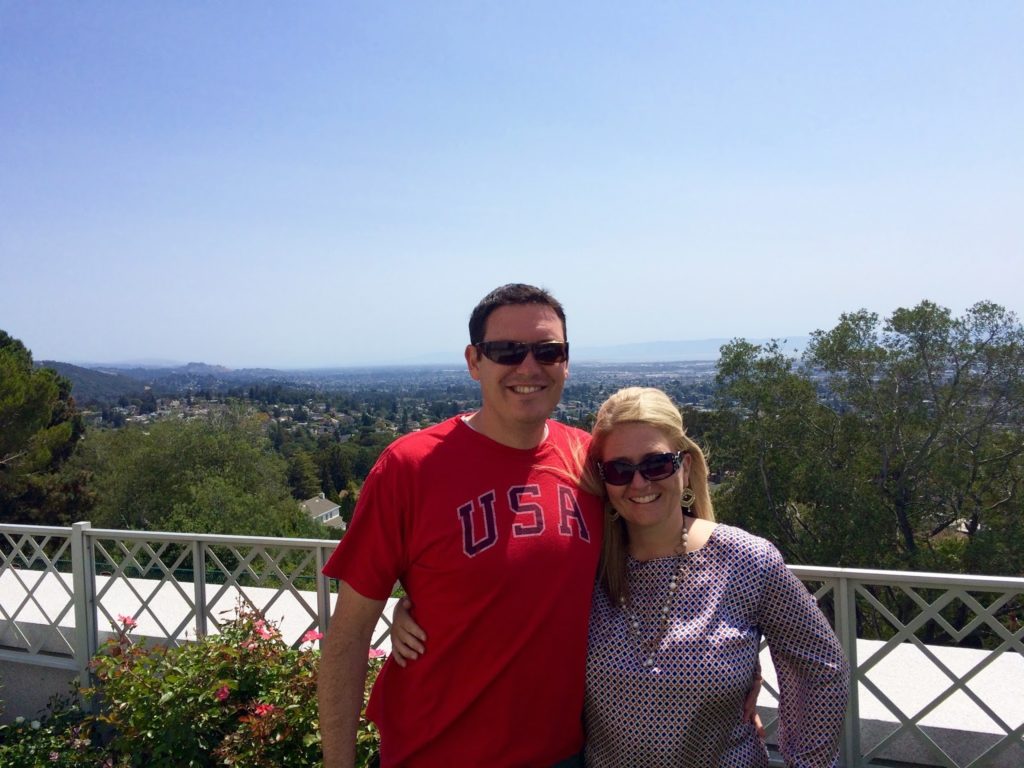 The weather wasn’t too shabby, either.

Californians — I envy you! 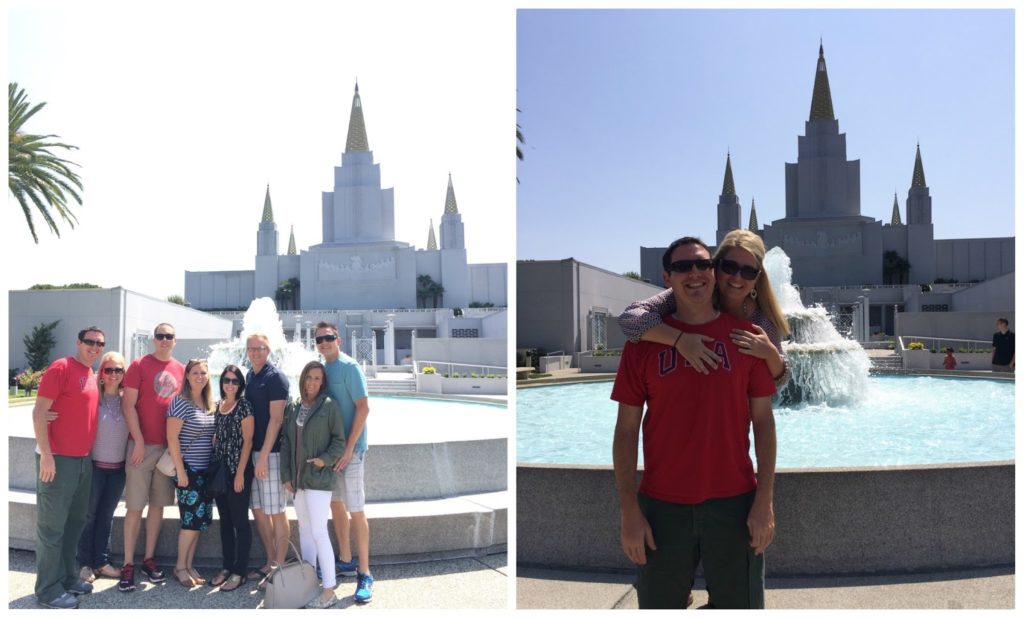 So lucky that all of our husbands are SUCH good friends. 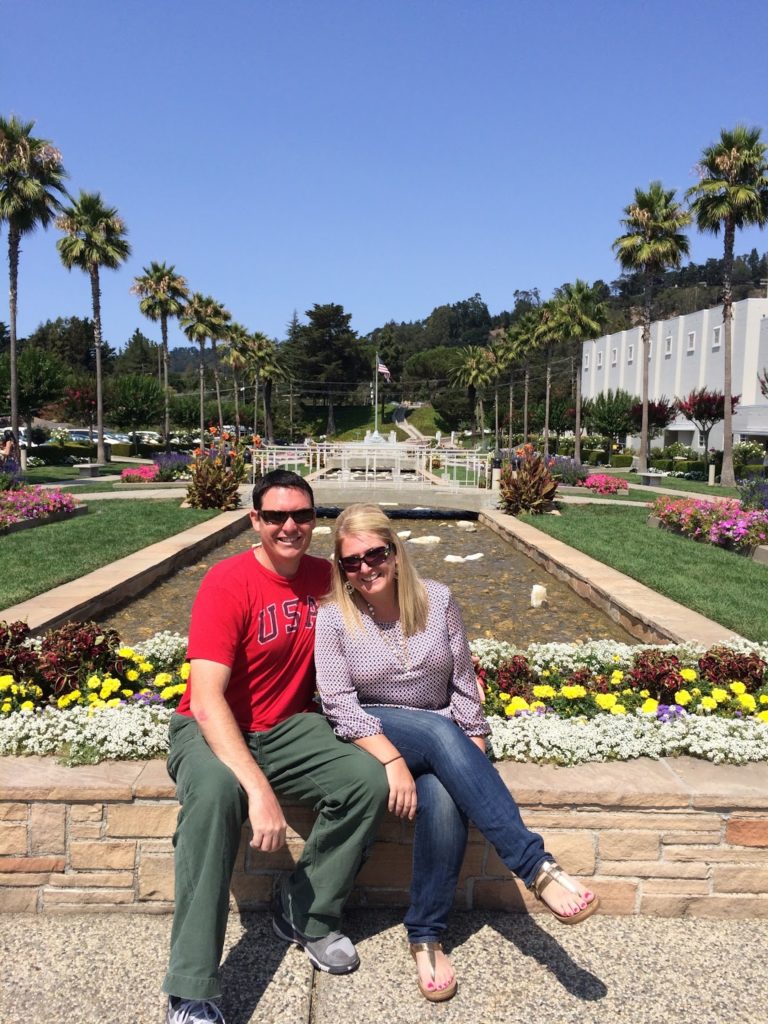 We walked around inside of their Visitors Center and I was AMAZED at all of their Book of Mormon’s they had on display.  ANY and EVERY language you could think of! 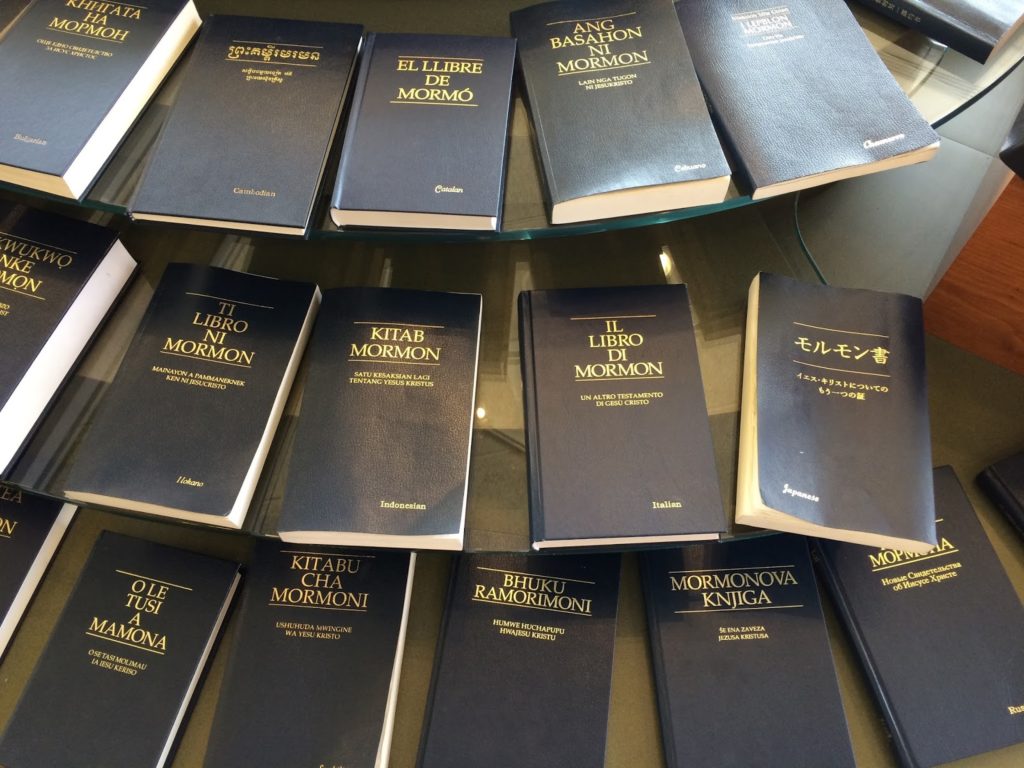 So many languages I’ve never even HEARD of! 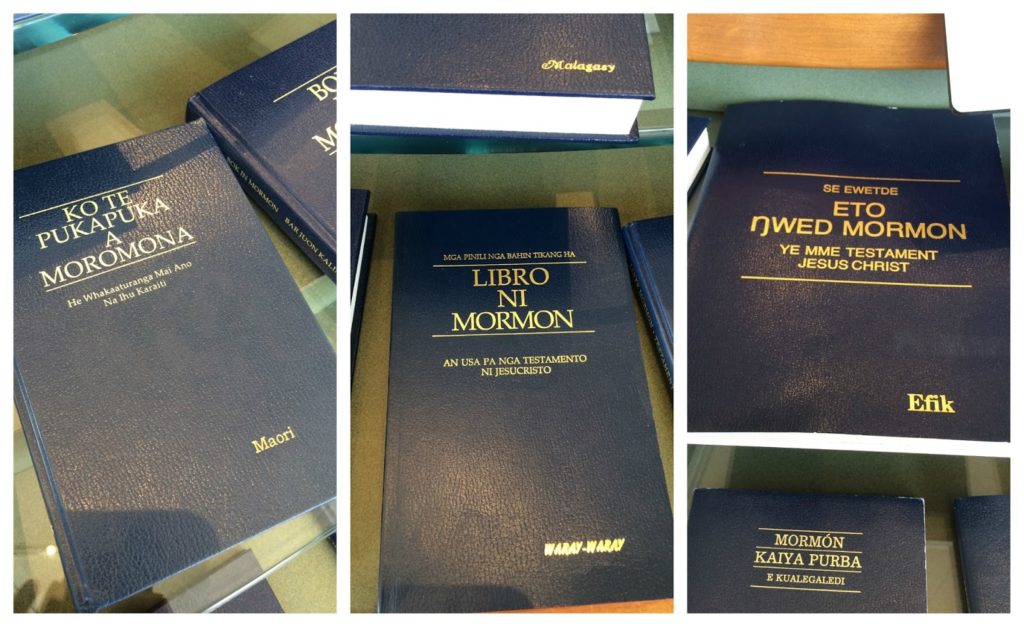 How cool is that?!

We drove around Berkely afterwards – – another charming little city!  The university was just starting back up for the fall and so the streets were all abuzz with co-eds.

Lunchtime was spent stuffing our faces at Zacahary’s pizza. 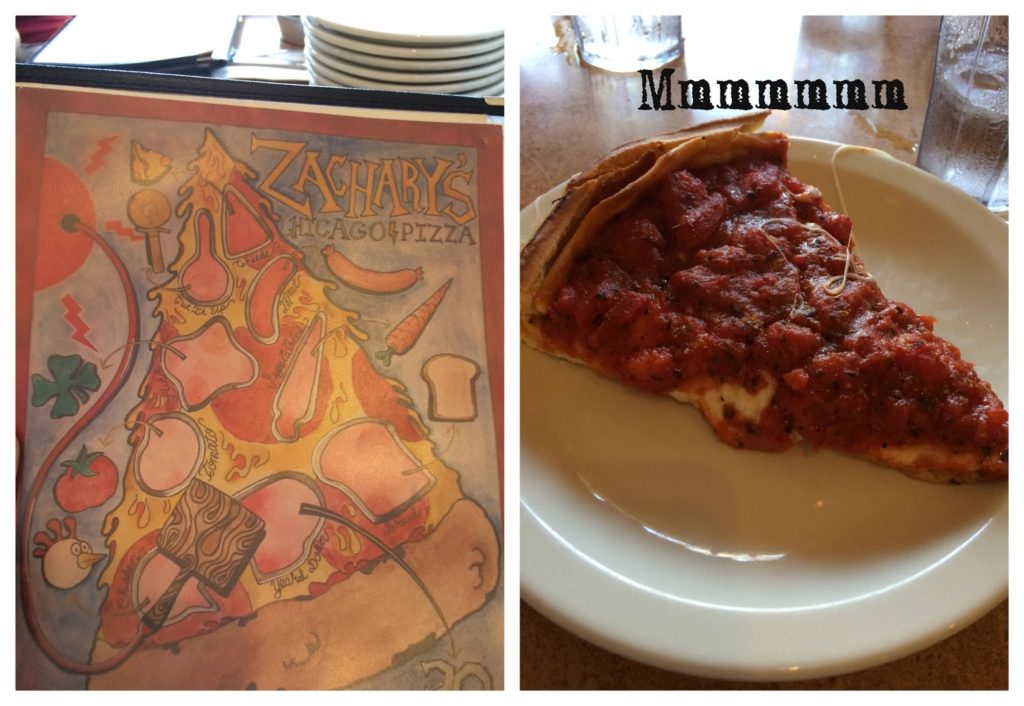 Apparently, my husband was mid-bite when this photo was taken.  He was savoring the flavor, I’m sure of it.

Once they rolled us out – – we headed to the airport {sniff!} and we were on our way back home.

Found this little gem in my magazine on the flight – – – 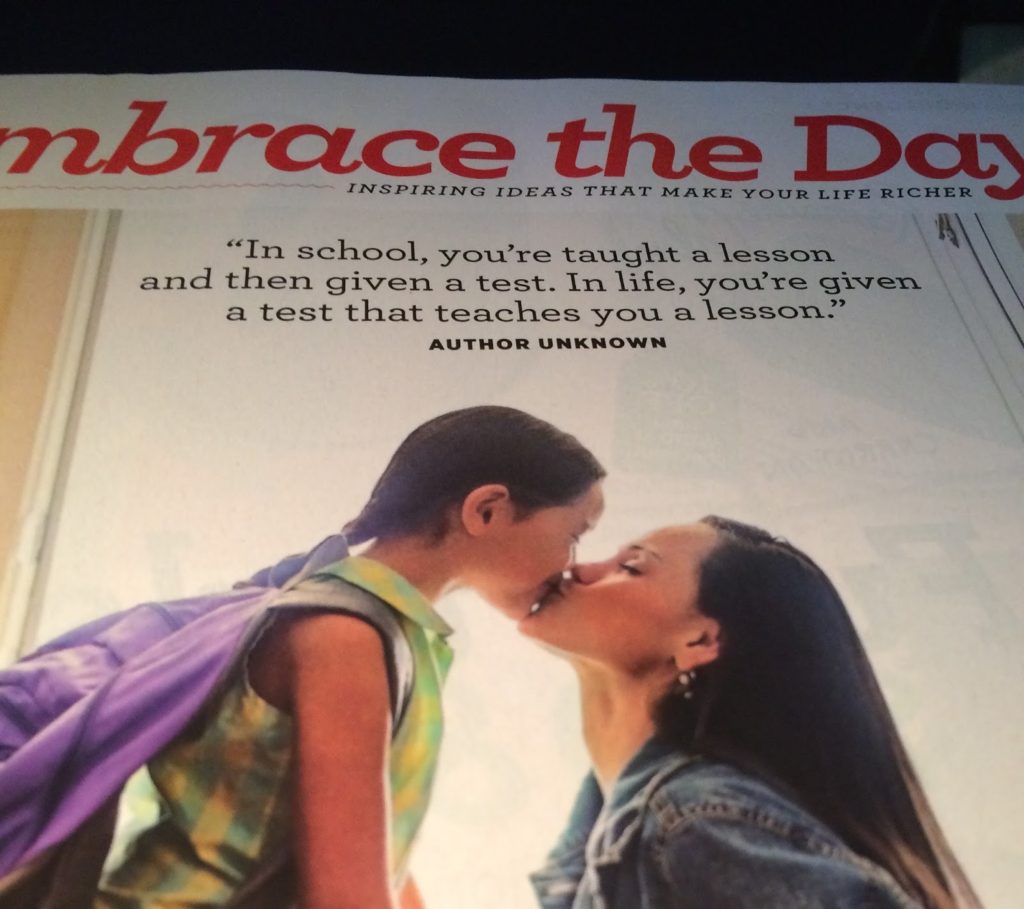 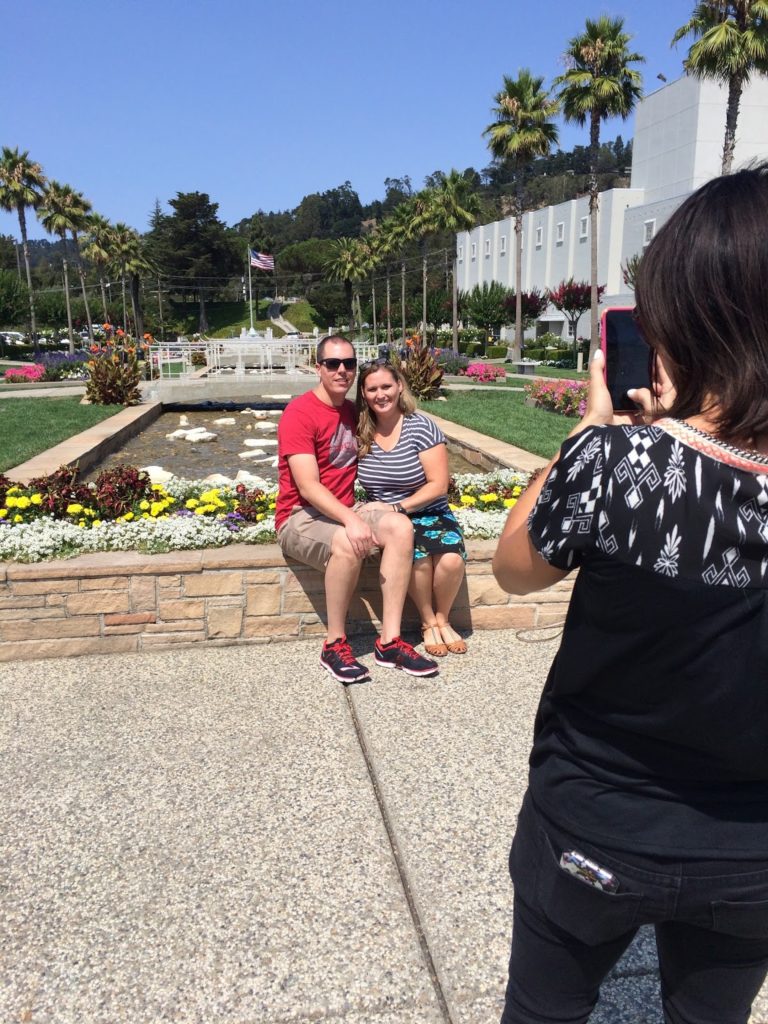 Bec and Kody organized our entire trip and were pretty much our official tour guides around the city.  Kody drove our ‘Burb like it was nobody’s business and we made it out alive!
{San Fran drivers are CRAZY!}

SUCH a fun time with SUCH special people.
Blessed, indeed.