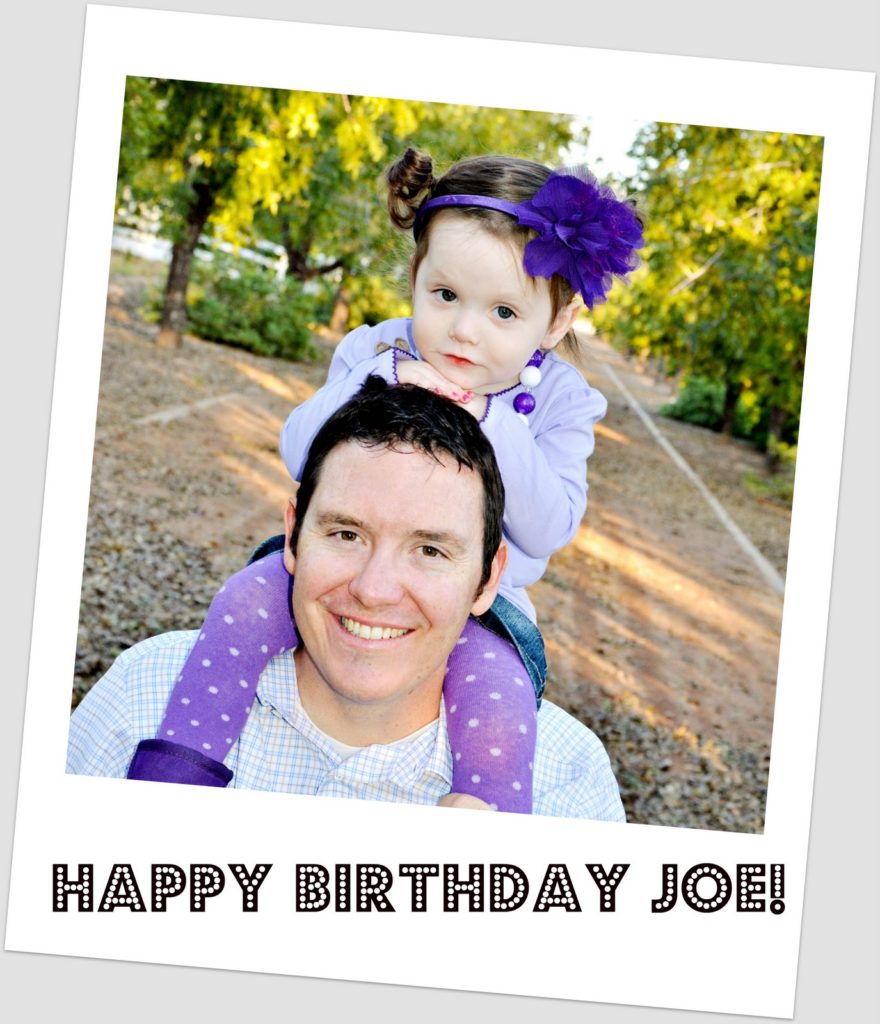 It’s my hub-sters bday today.  The big 3-4.  {When did we both get so old?} In keeping with the theme of the day being ALL ABOUT JOE {smile}….I’m doing my Random Wednesday today…..JOE STYLE.  Random…..funny facts about my better half.  Strap on your seatbelts!
What more could I ask for in a husband?  Good looks. Funny sense of humor.  Kind. Compassionate.  Understanding. I could go on and on but it would probably raise the barf factor for the rest of you reading so I’ll leave it at that.
HAPPY BIRTHDAY JOE!!!
Loves.