* Last Thursday we packed up our bags and headed out bright and early to MEXICO!

Our friends invited us to come and play for the long weekend in a goregous little beach town called Santo Tomas, about 1.5 hours South East of Rocky Point.

We’ve never DRIVEN to Mexico before.
To be honest….I was terrified to cross the border.
TERRIFIED!

I’ve heard so many horror stories of things going wrong…I was a little apprehensive to say the least.
BUT…we have friends that go ALL the time and SWEAR by it so I figured it was time to buck it up and give it a whirl.

My only saving grace was that Joe speaks fluent Spanish so if problems were to arise…he’d at least be able to translate to me what they were saying.
{Like if they were gonna kill us or not.}

We crossed right on thru the border, no problems, but as soon as we got into the tiny little town of Sonyota….we got pulled over. {For ‘speeding’ / which we weren’t} ON OUR FIRST TIME!

We were told that if you get pulled over…you can just pay the cops off.  Which we tried.

But it didn’t work.

The cops took Joe’s license and then told us to go to the ‘Municpal’ to pay the ticket.  Which he said was going to be $87.

I thought for sure his identity was a gone-er and that we’d never be able to go back into the states again EVER.

Oh…and we had NO IDEA where the ‘Municipal’ was!!

We stopped at about 3 different spots and Joe was able to talk to the local people to find out WHERE we were supposed to go.  But not everyone was giving us clear directions.

We FINALLY found it …. down a little dingy road.

Joe left the kids and I in the car while he went in to figure things out and the kids and I said a prayer he’d come back alive. {Kidding…not kidding}.

Prayers were answered, the cops who had taken Joe’s license left it at the municipal and turns out he only had to pay $40 instead of $87.

To say I had a moderate to severe panic attack is putting it lightly.

Being in Mexico at first WAS SCARY!

Once we were back on the road to our destination I cracked open a cold Diet Coke and calmed down a bit.

As we entered into the teeny-tiny private beach town of Santo Tomas we quickly realized that we had missed the turn down the right street and ended up…. 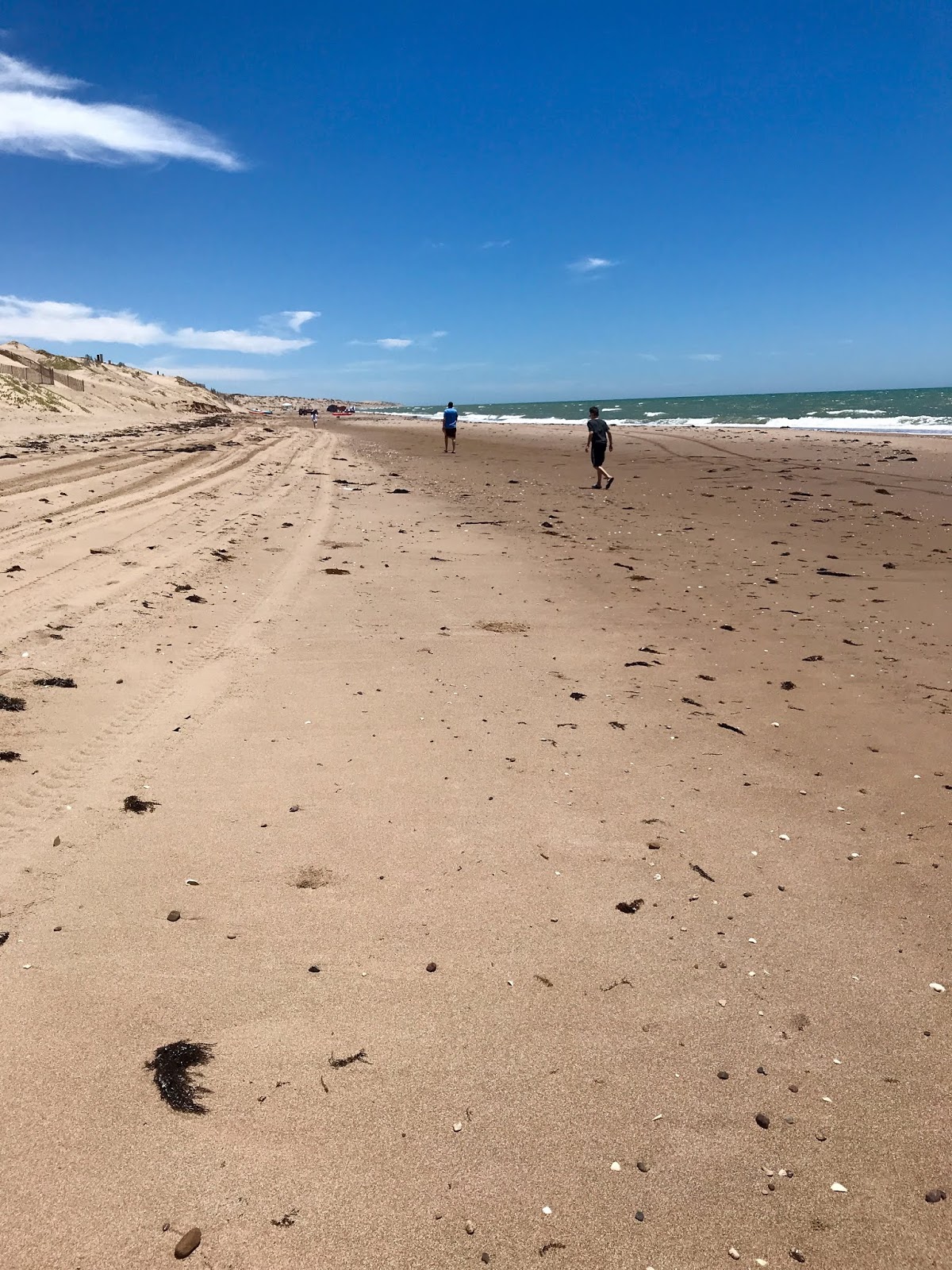 …LEGIT stuck in the sand.

We drove right into the beach.

We were SO DONE!!

You guys – I wish I had not been so stressed/scared/ horrified that I could have thought to take pics of every little detail on our journey there {seriously…it’s quite humorous now that we look back} but all I could think about was getting there.  Alive.
To the house.  In one piece.

Our friends pulled the mini van out of the sand and it was FINALLY time to relax.

And relax we did!!

This place was PARADISE!!!! 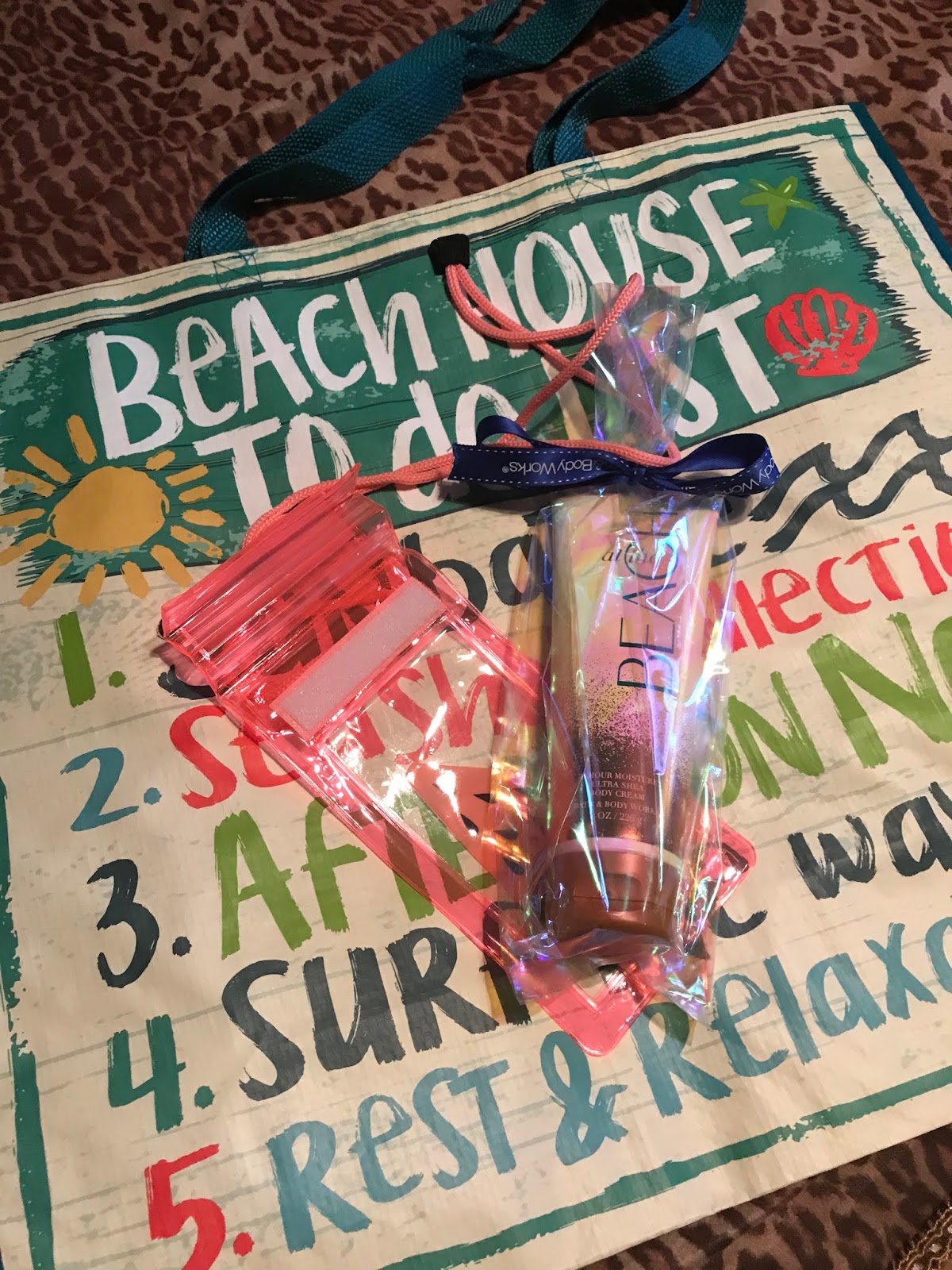 And how cute is our hostess??
She had waiting for all of us on our beds a beach bag, a cell phone cover and a Bath and Body works BEACH lotion.

Are you kidding me?
So sweet!

We fueled up for lunch on beans, shredded beef and tortillas and then hit the beach and soaked away our sorrows. 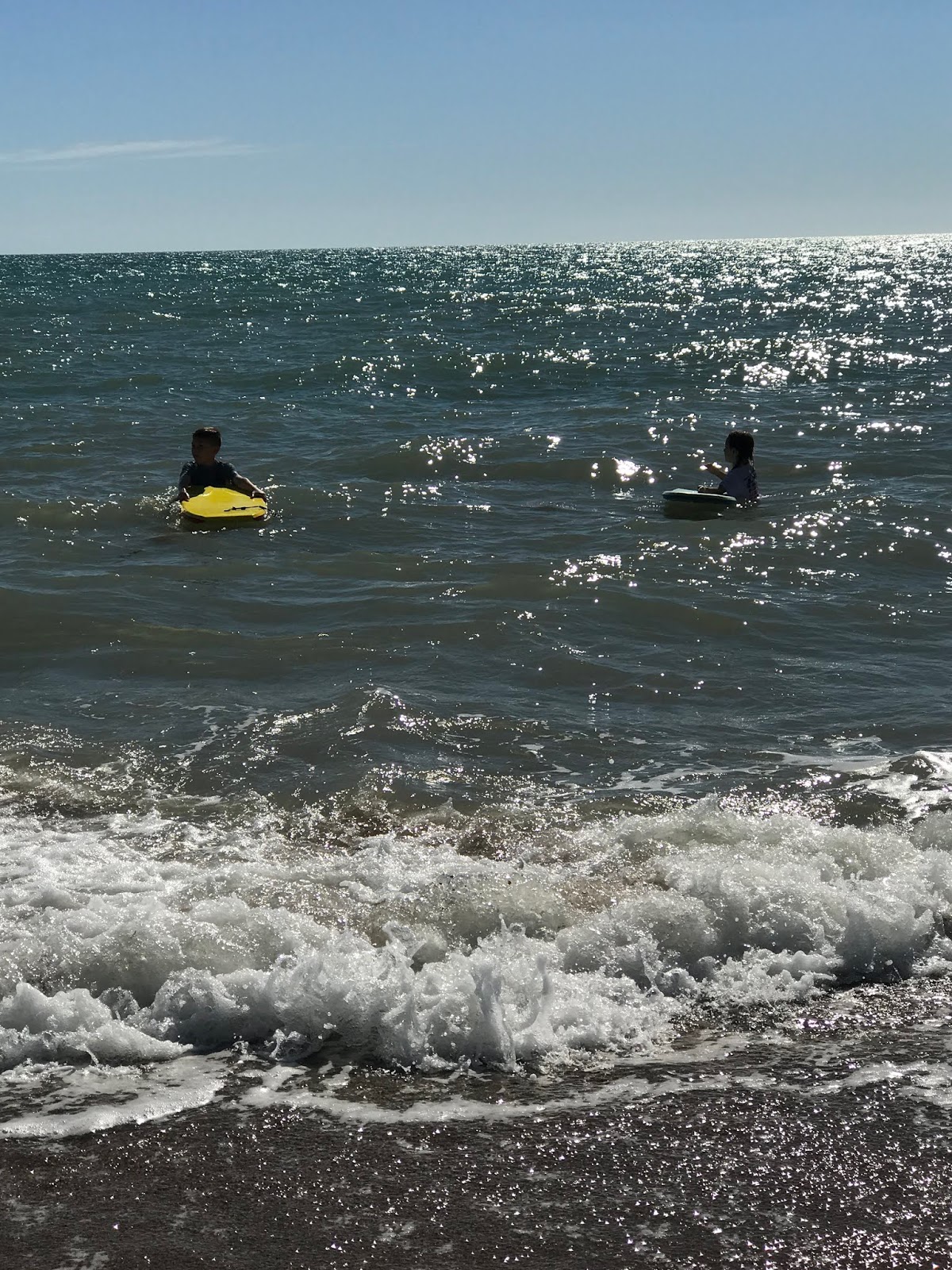 The water there is 80ish degrees so you can just walk right on into the ocean.  It was pretty dreamy.  And a WHOLE LOT warmer than California water. 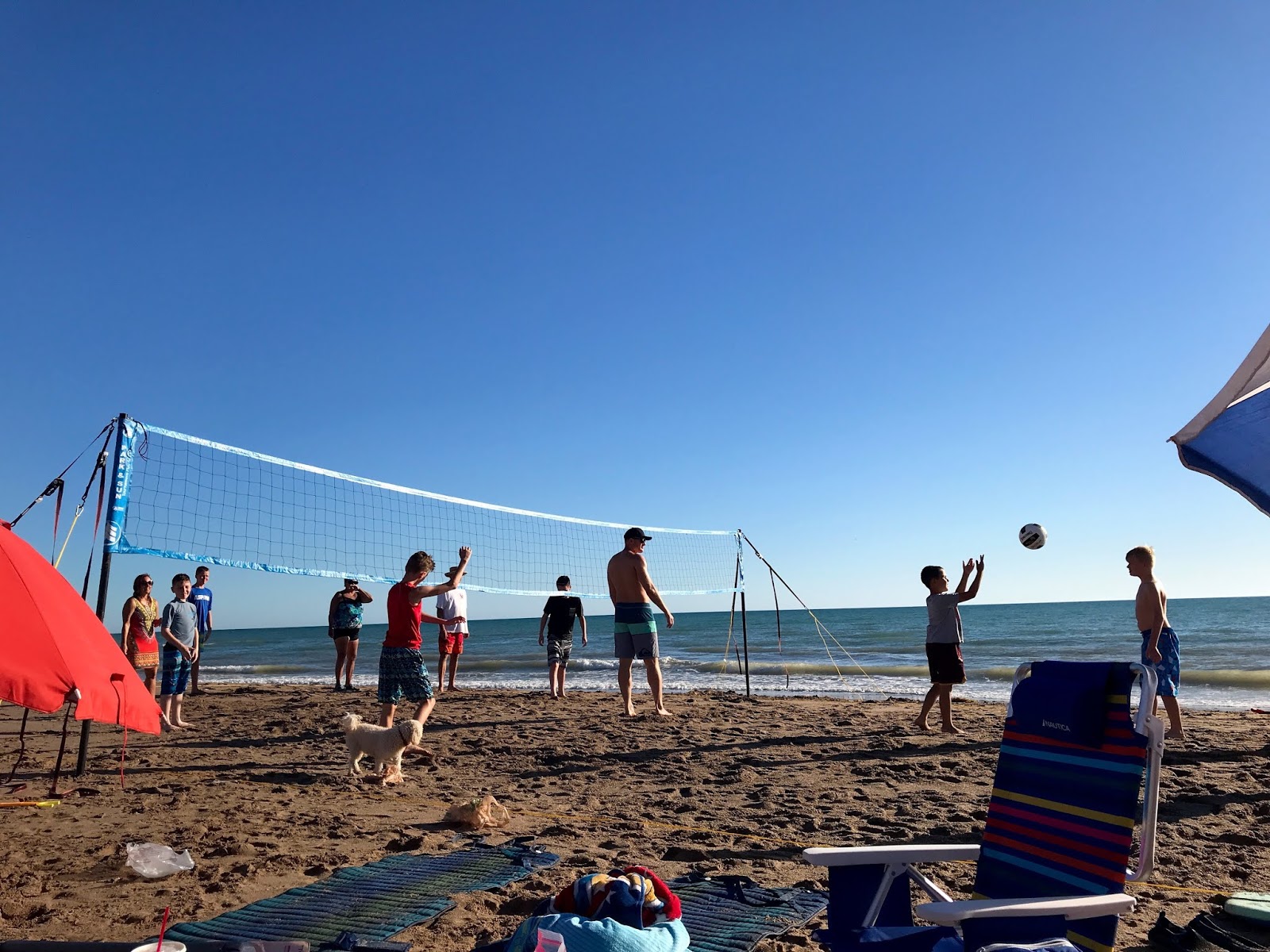 We felt like we had hit the jackpot once we were finally settled in. 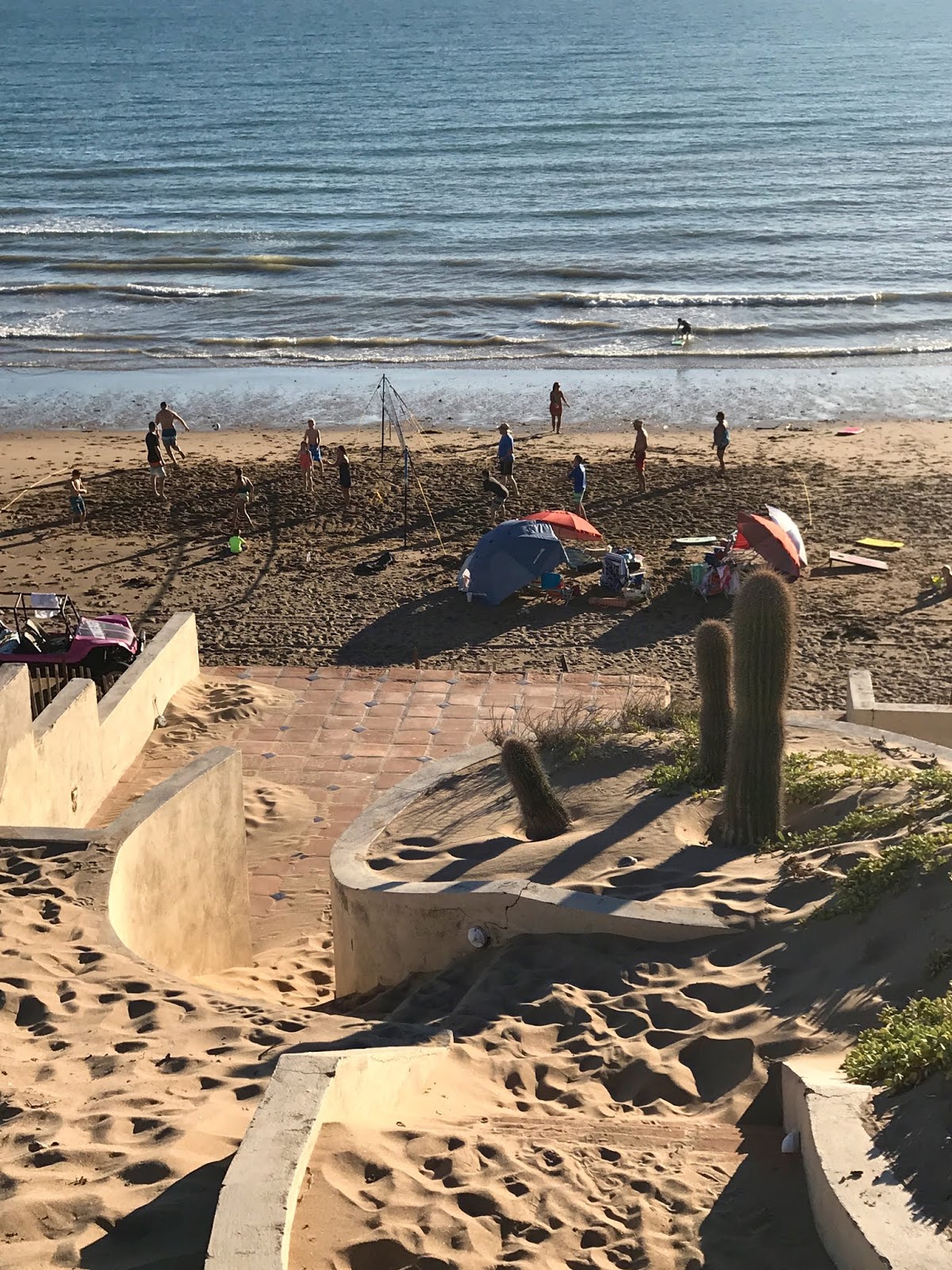 I mean come on! This was our view!
We literally walked out of the house and down onto the beach. 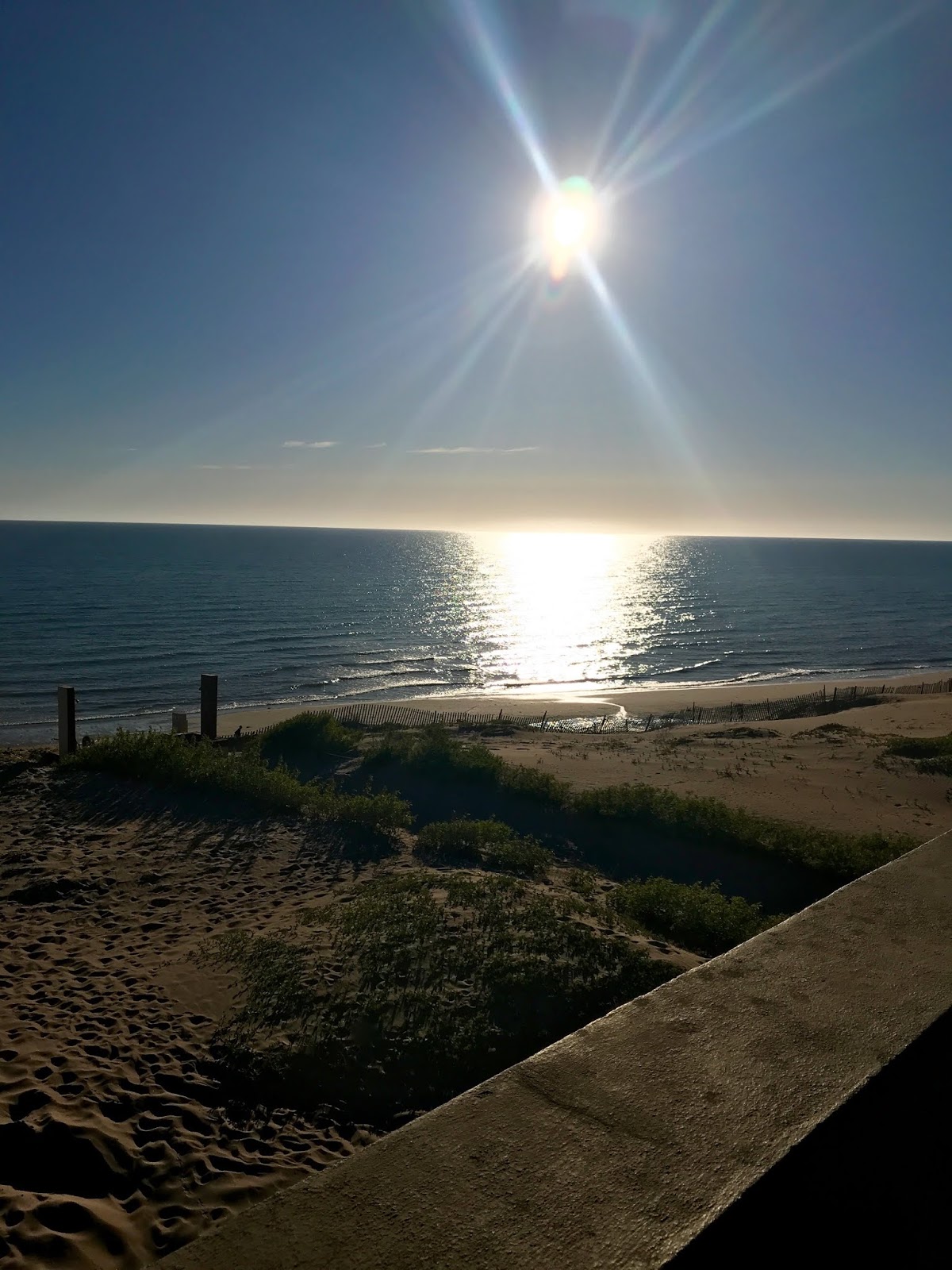 {Word to the wise: ALWAYS caravan down to Mexico.  The 3 other families we went with all went down on Tuesday but the because of our kids’ schedules we couldn’t leave – by ourselves – until Thursday.  Had we have been with other people following us, I would have not been nearly as horrified. But we were by ourselves, in a new country, not knowing ANYTHING…so yup, it was scary.
ALWAYS caravan.}