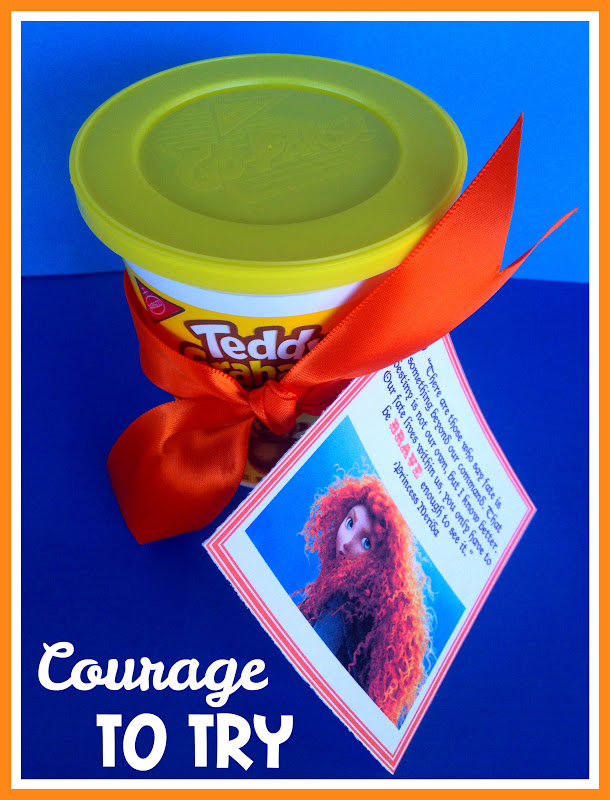 Today I taught my sweet Laurels…
Lesson #42: Courage to Try.
We started out the lesson talking about Walt Disney.
{Remember…I’m sorta obsessed with Disneyland?}
I found a whole bunch of facts out about him and the rocky start that he got to his career.
{There were LOTS.  Things weren’t so easy for him the first few go arounds}.
The one thing that prevailed was his COURAGE and BRAVERY.
And NOW look at the empire he has created!
We also talked about Esther and Gideon from the Old Testament and the huge amount of courage that THEY both needed to accomplish something BIG.
At the end of my lesson I talked about the Pixar movie Brave.
Merida {the main character} was a modern day movie hero of sorts and we talked about what she needed to do with her courage to save her kingdom.
Since BEARS were a common thing within the movie….
{think…her mom…and triplet brothers…}
I attached my handout to a tub of Teddy Grahams. 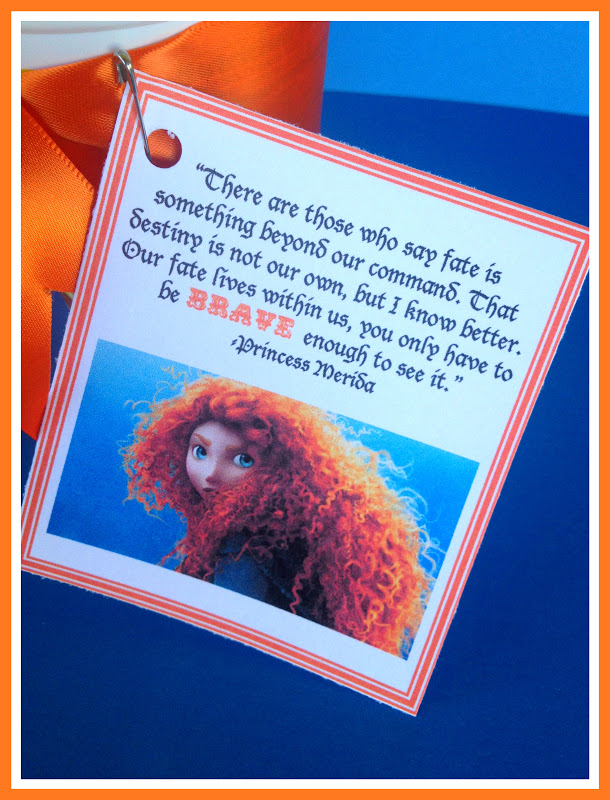