I know, I know…I’ve been M.I.A.
Do you ever feel like your life is just on fast forward?

I feel like ever since last week I’ve been going 90 mph and have barely stopped long enough for a bathroom break!

Last weekend we held our annual Coombs Family Hallowen Party with some of our dearest friends. 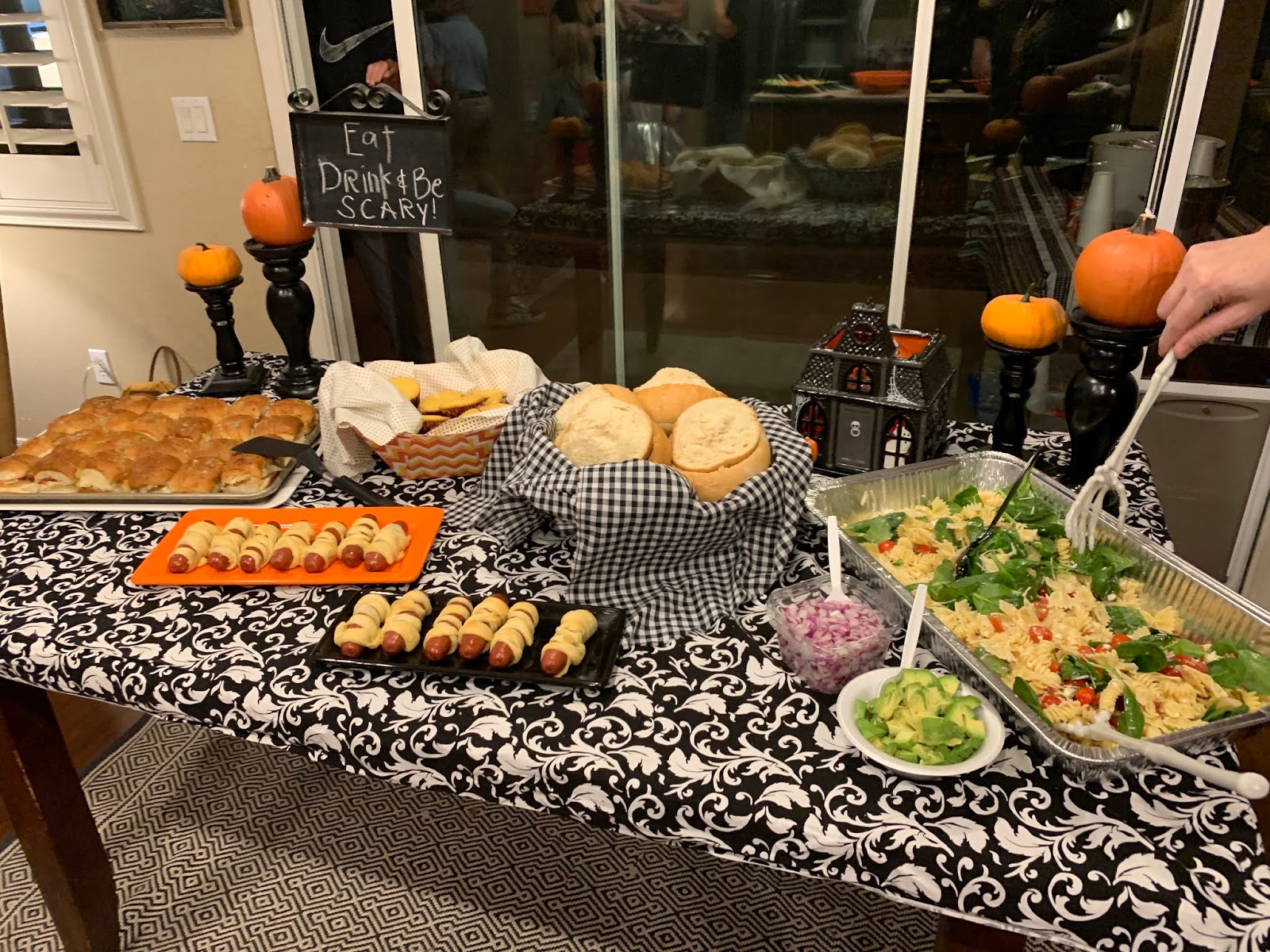 It was SO much fun and I have SO much to share about it
{the menu, recipes, the games….} but today I’m sharing the costumes and favors I handed out.

Our family went with a tv/movie theme, I guess…

The boys dressed up as Wayne and Garth from
“Wayne’s World”…. 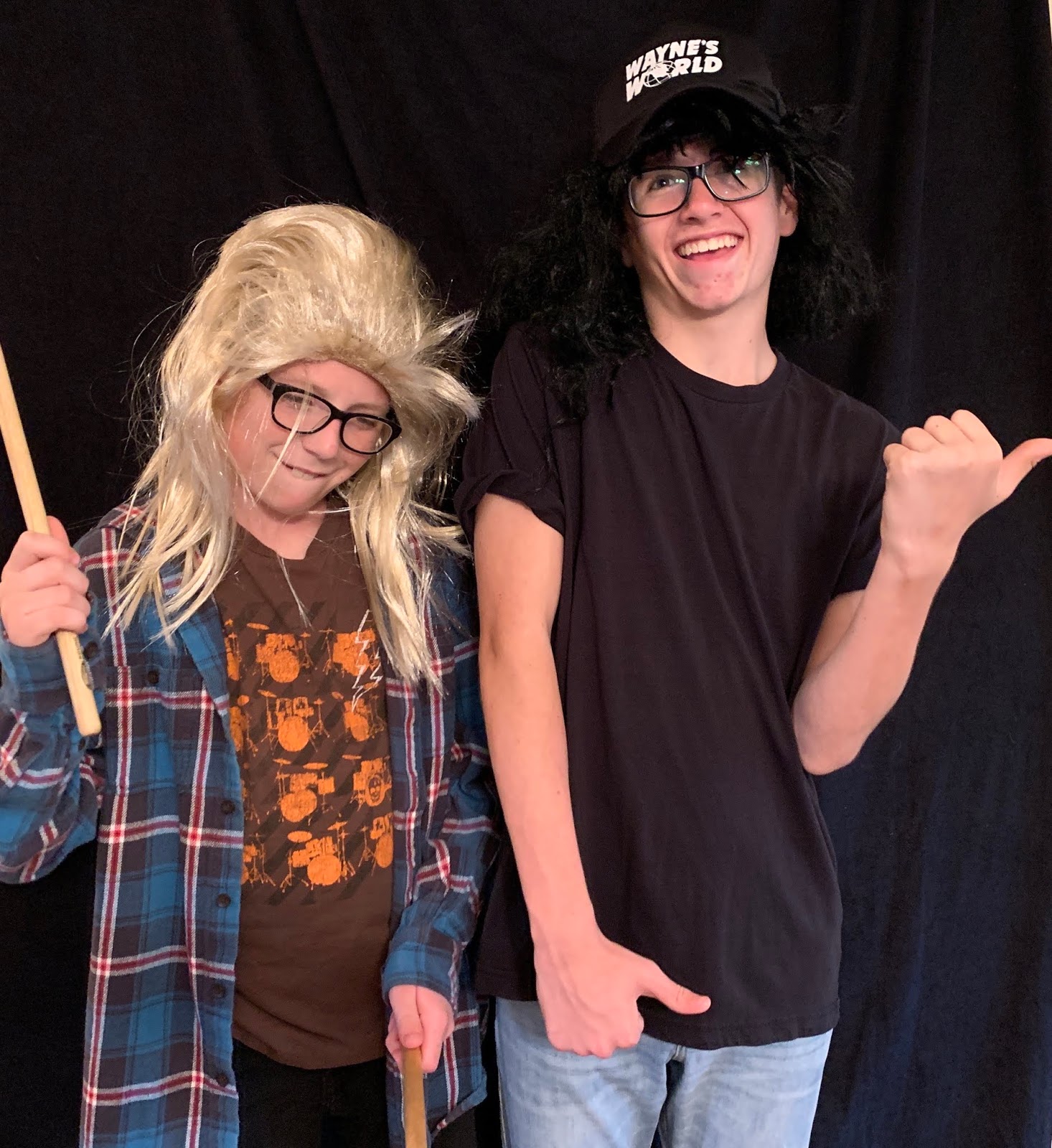 London was Dwight from “The Office”… 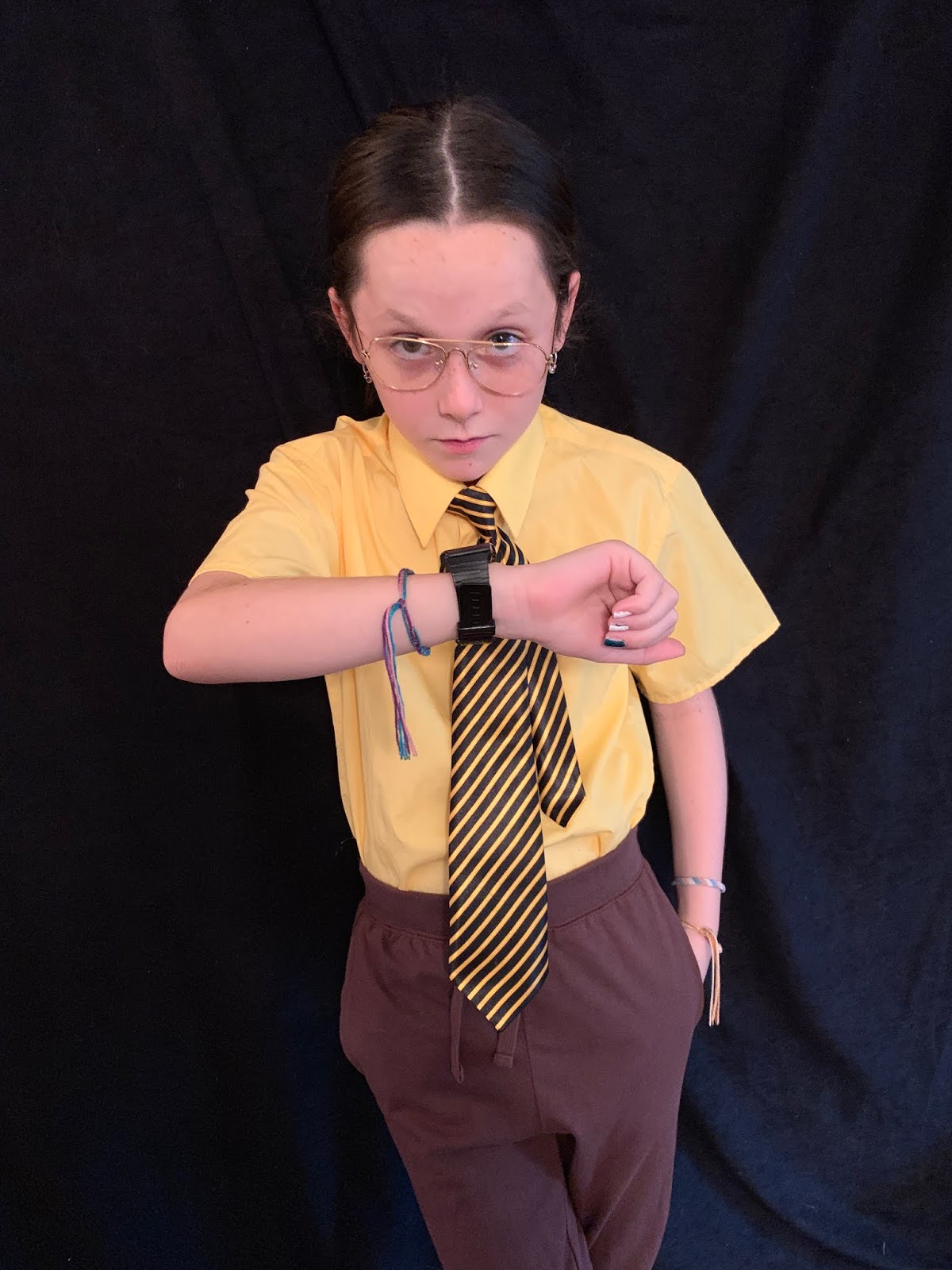 And Joe and I were DA-vid and Moira from our very favorite TV show on Netflix: Schitt’s Creek. 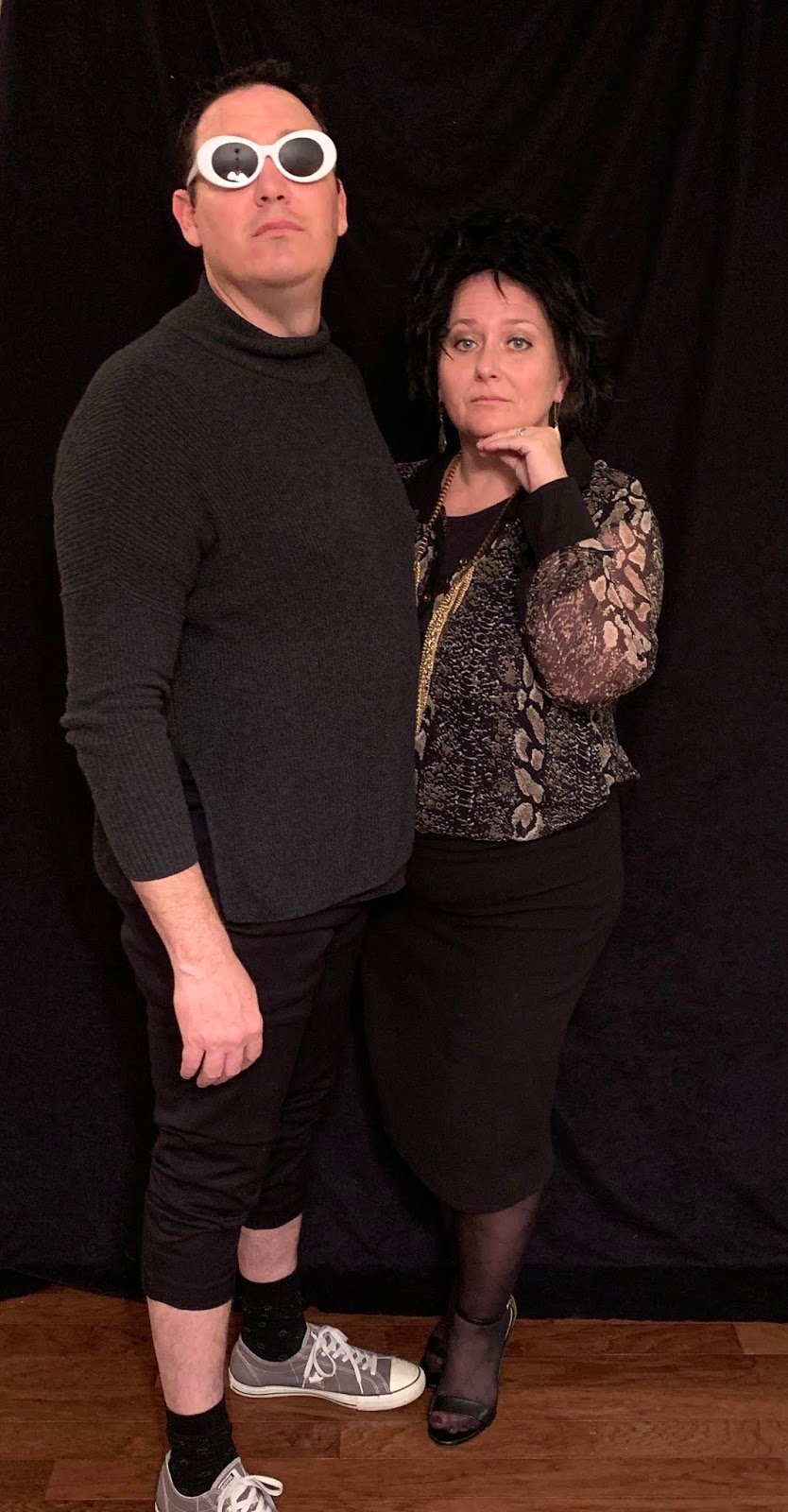 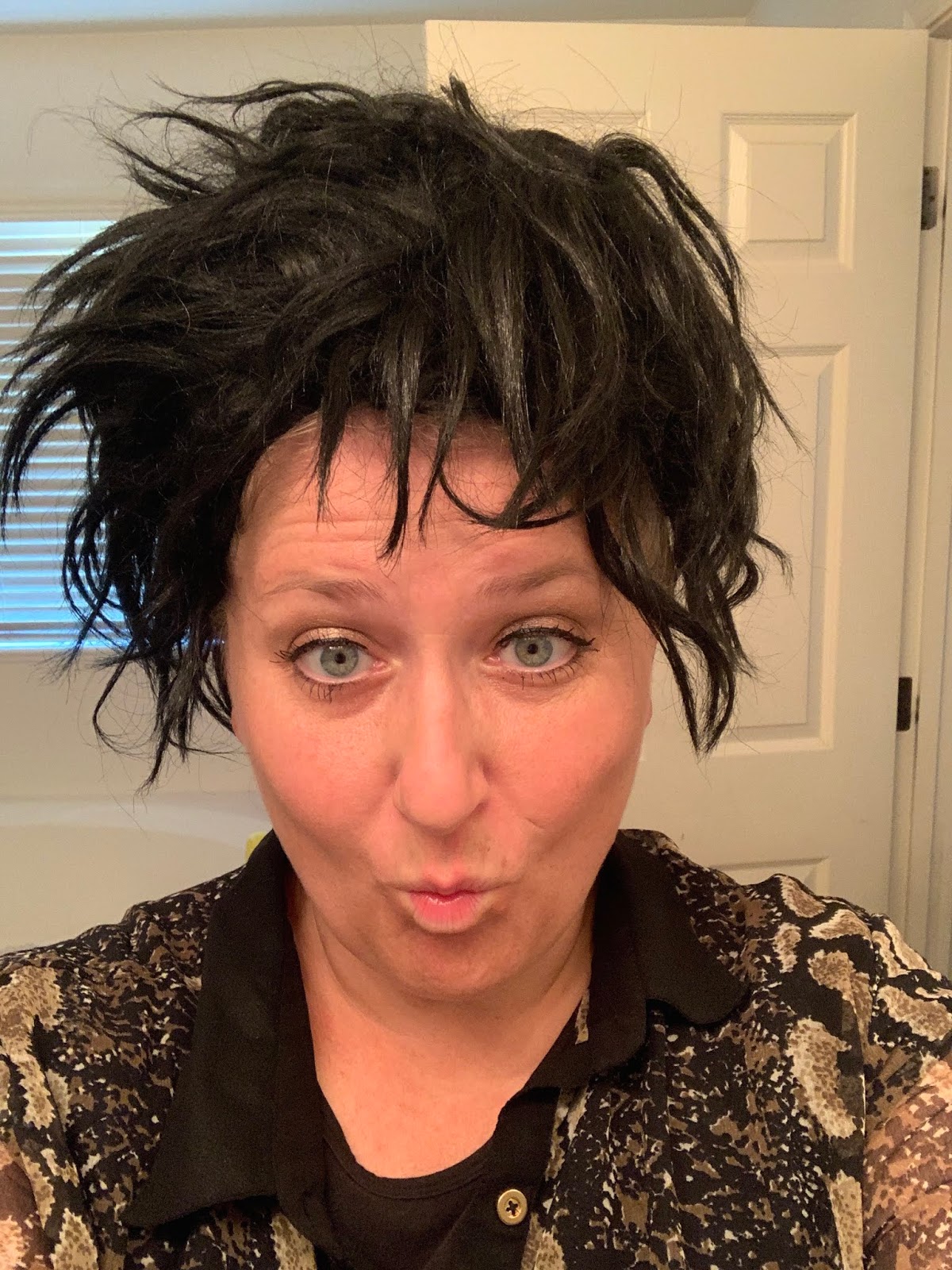 Not so sure about black hair on me 😅 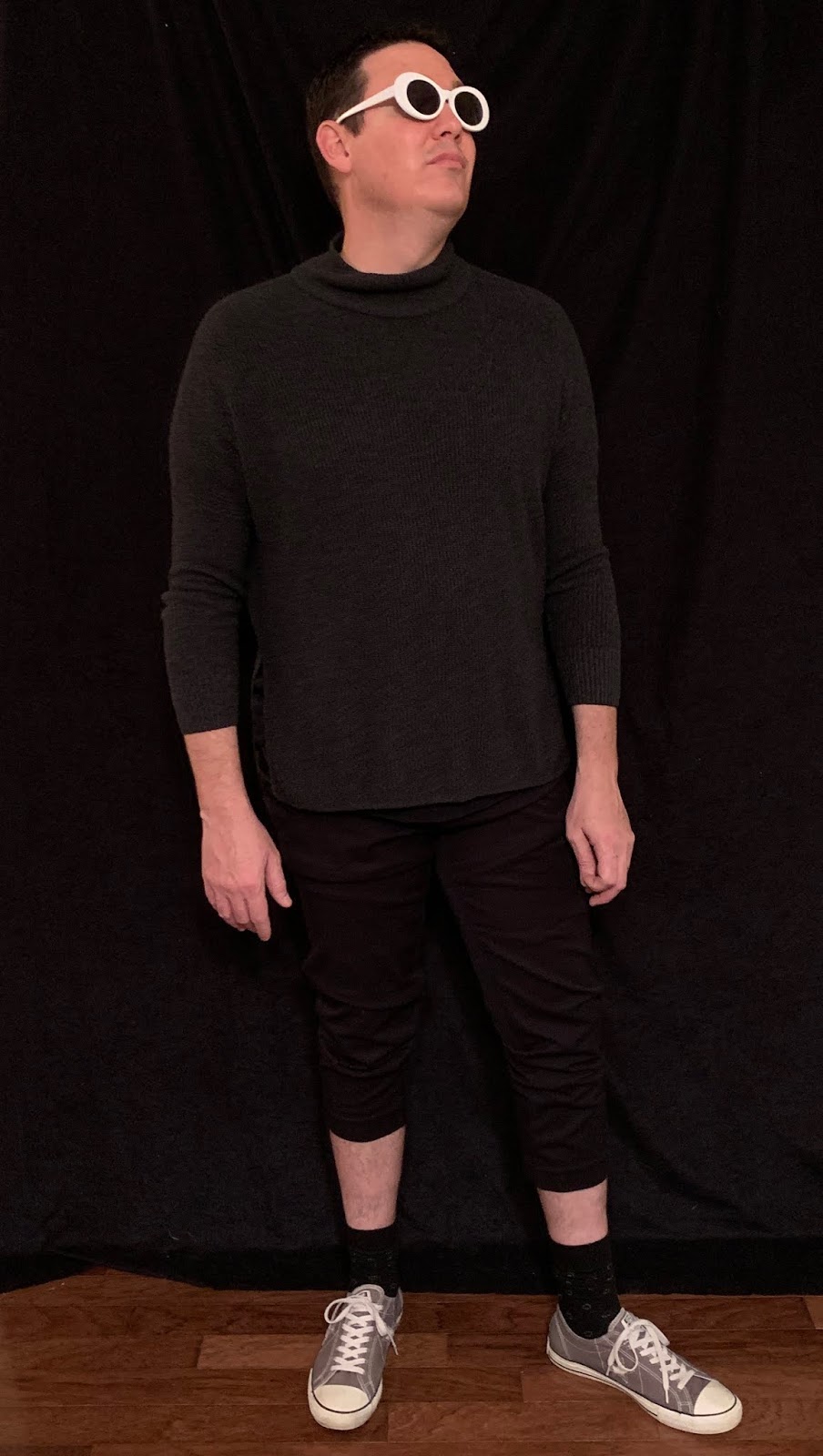 DA-vid might just be my favorite tv character ever.
{I’m slightly obsessed with Dan Levy now.}

All of our friends dressed up as well…

This blow up giraffe might be the BIGGEST blow up costume I’ve ever seen! 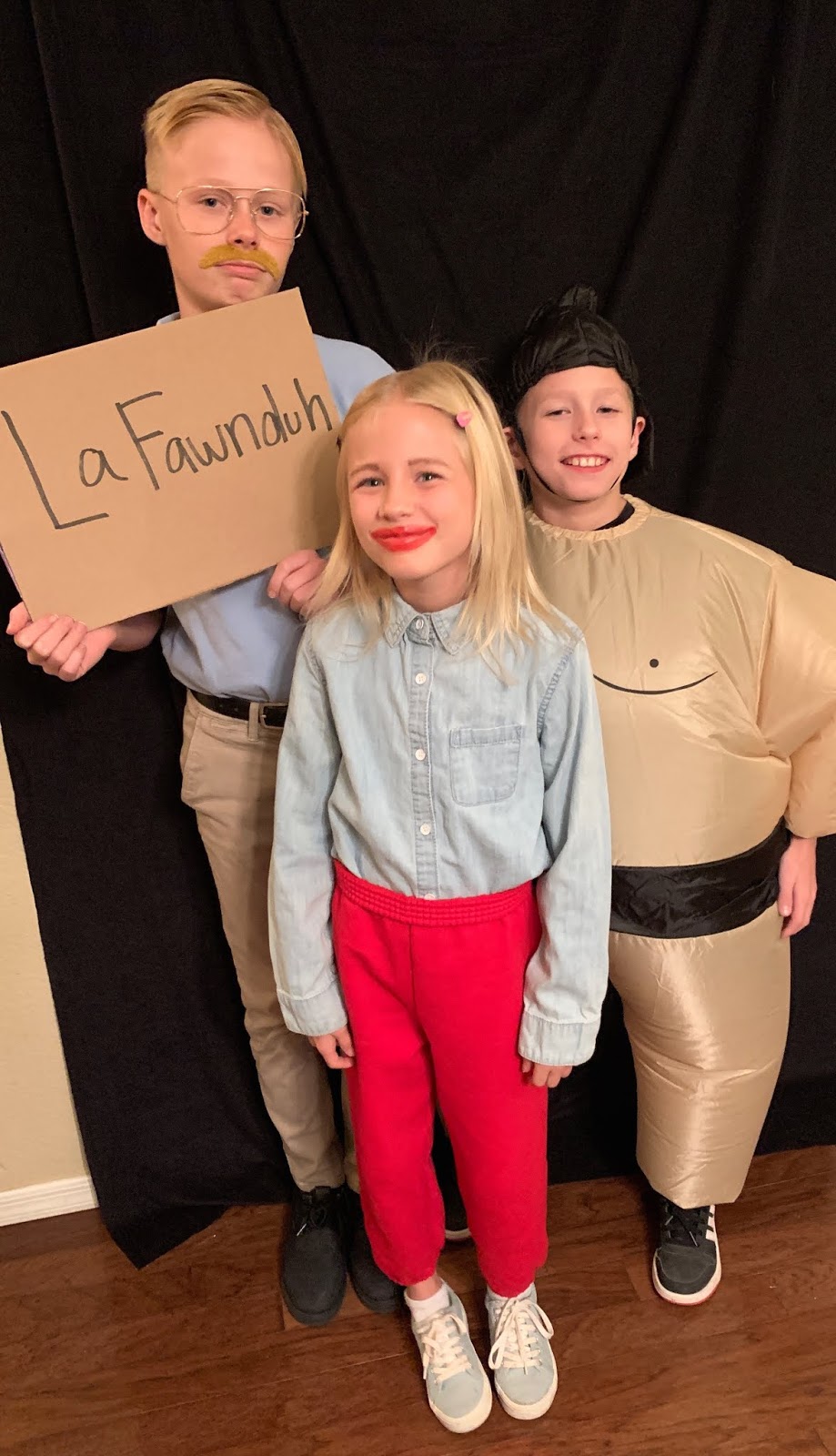 Kip from Napoleon Dynamite, Miranda Sings and a sumo wrestler 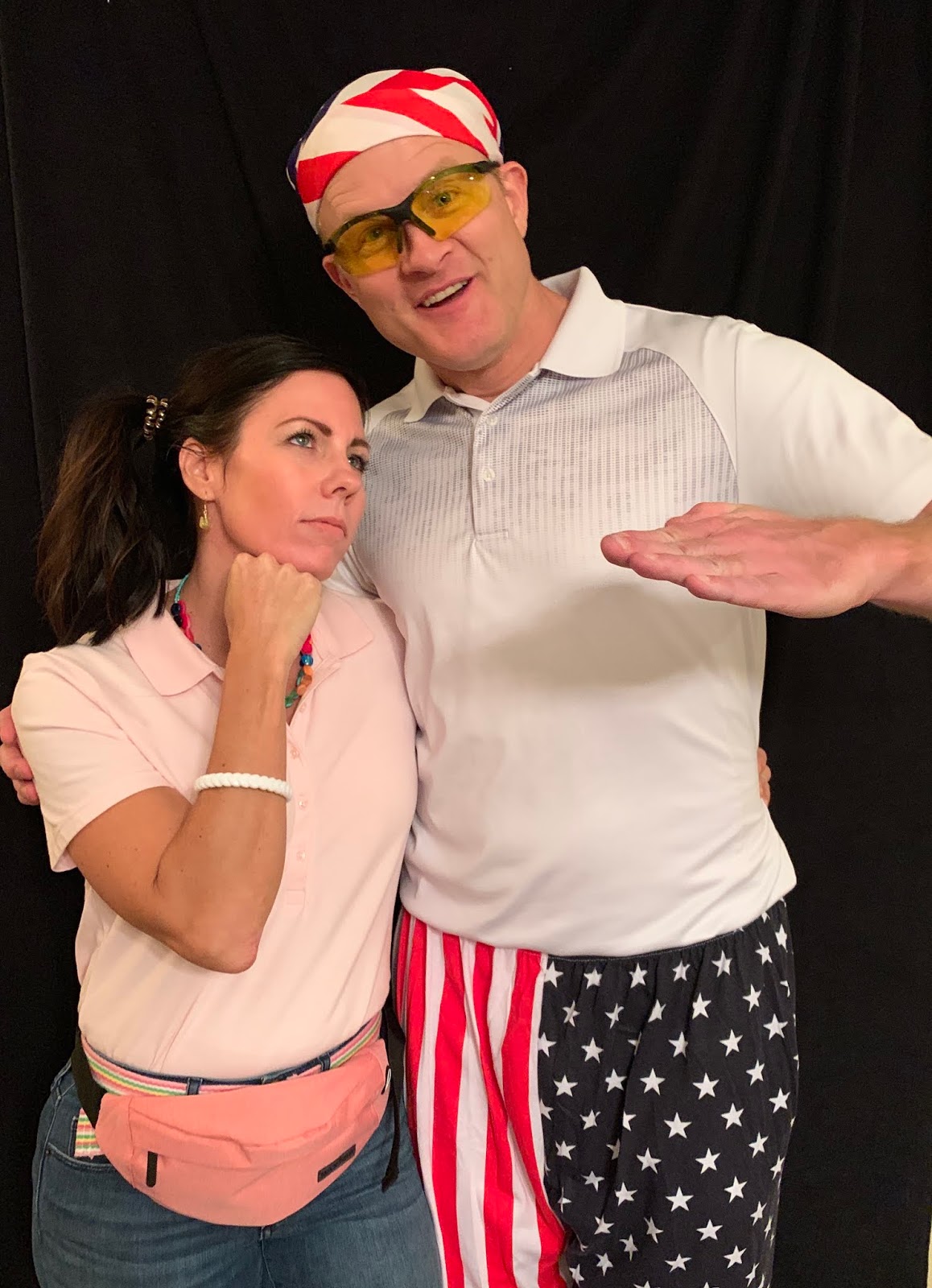 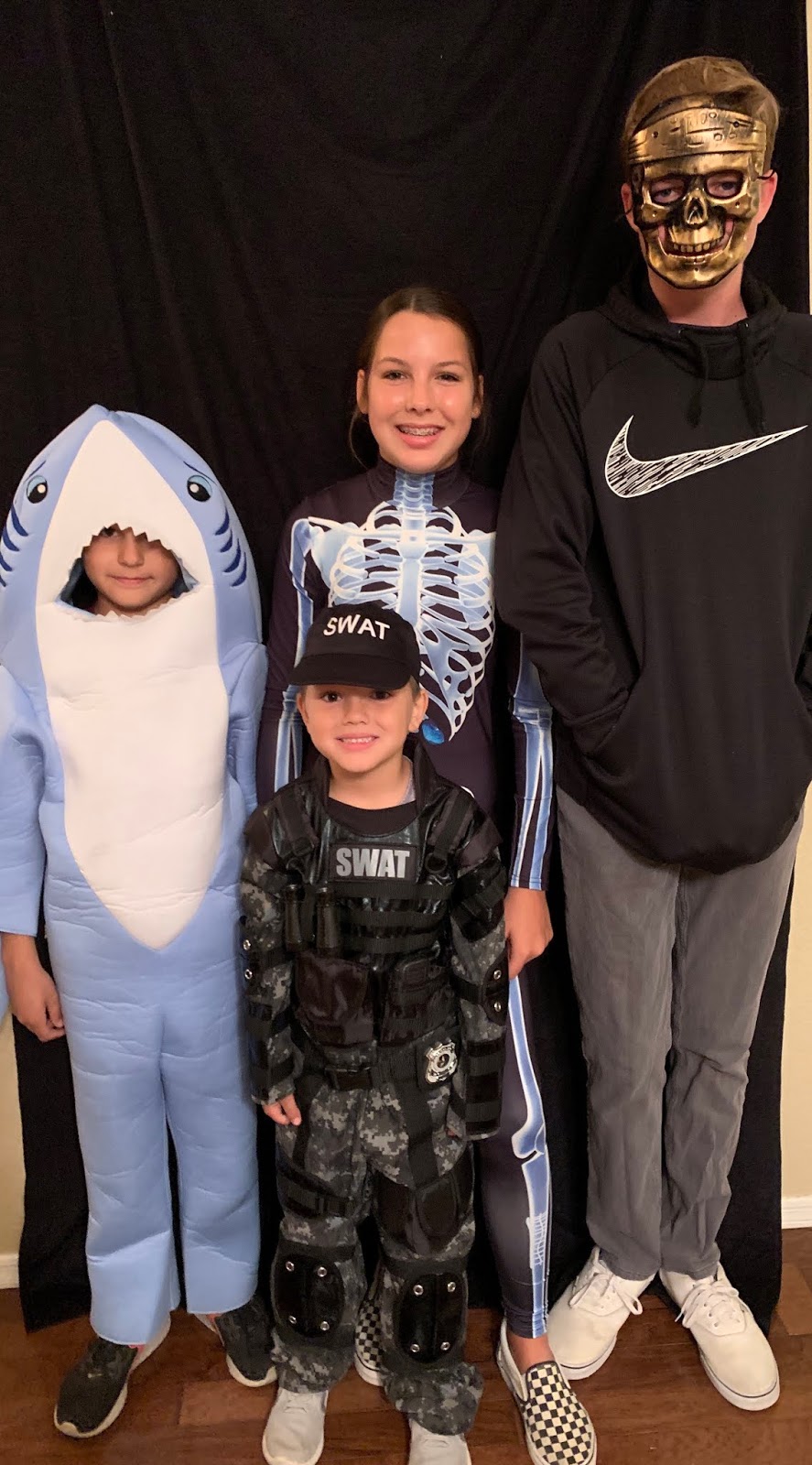 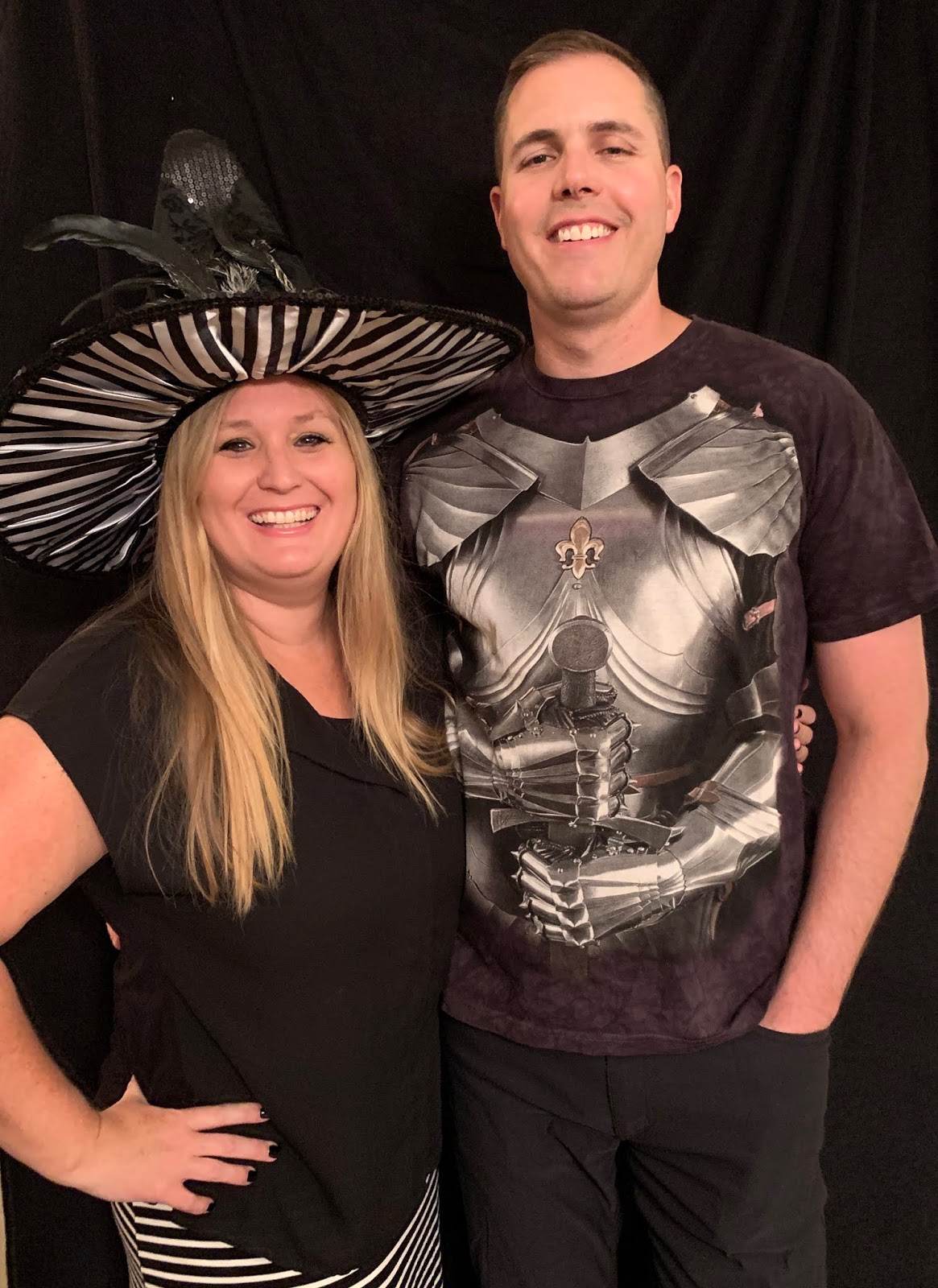 It was so much fun seeing everyone’s costumes.
I wanted something EASY to hand out as party favors at the end of the night so….. 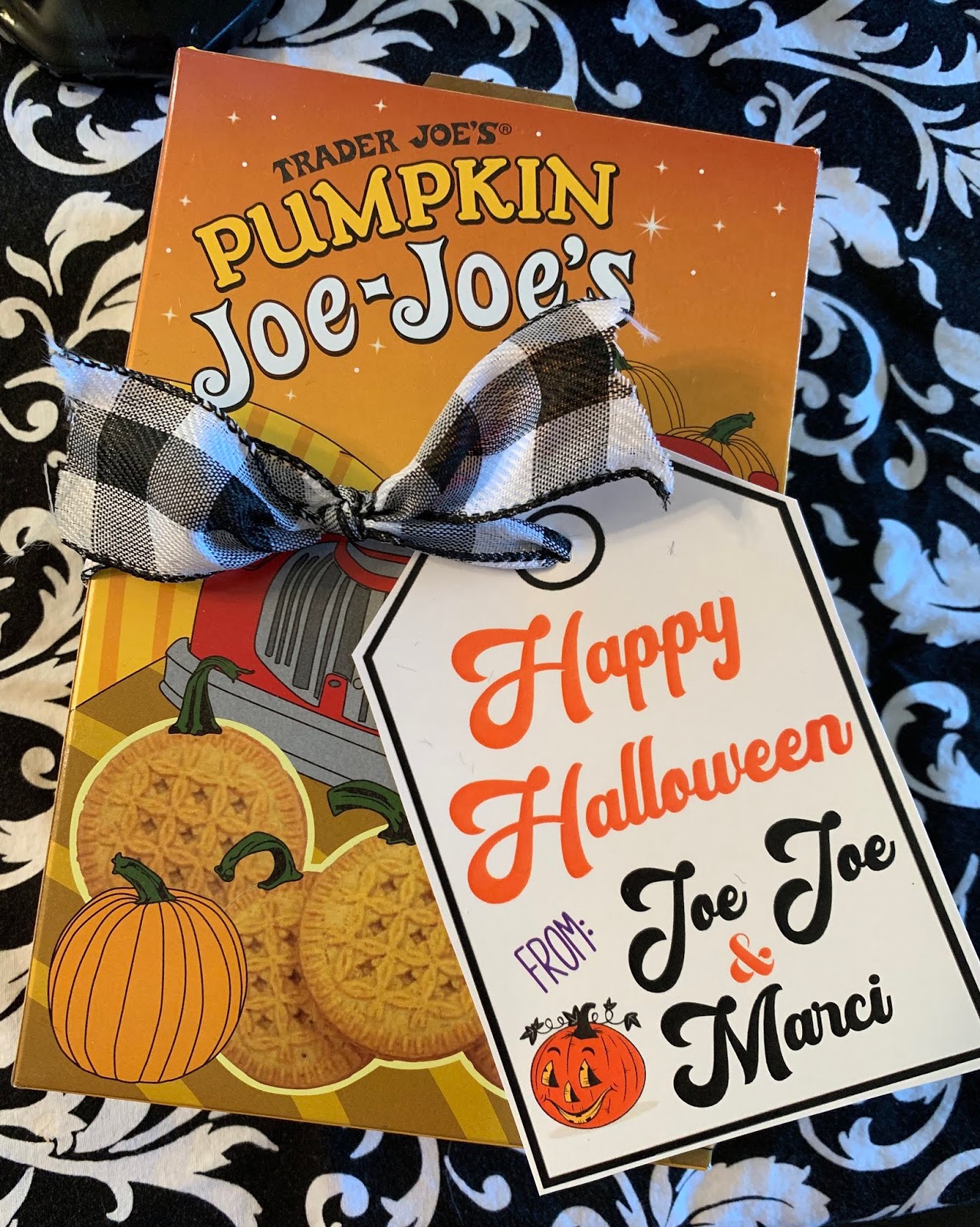 Each family got a box of pumpkin flavored Joe-Joe’s because….a play on words is my jam 😎

* * * Tomorrow I’m sharing ALL of the games we played! There was a DQ gift card on the line for the winning family so it got pretty fierce 😏