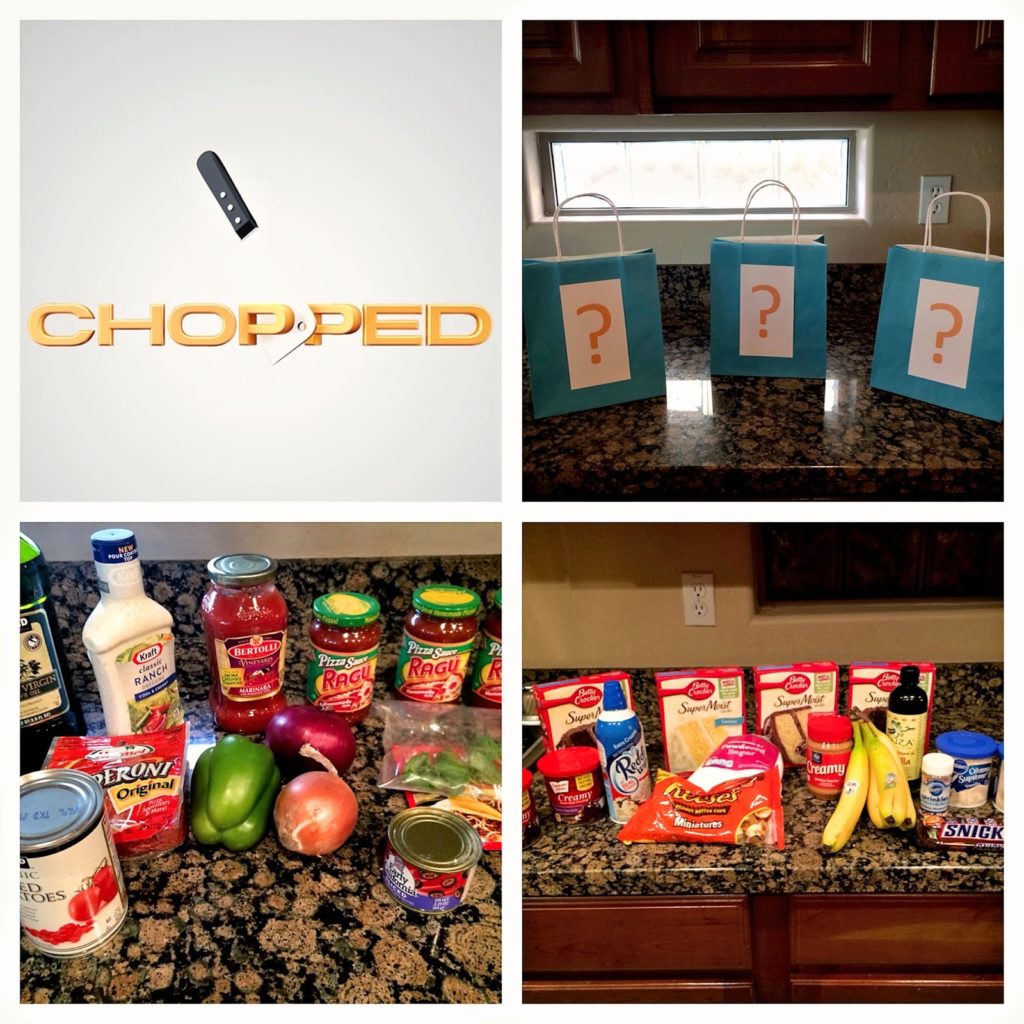 My sister threw THE CUTEST ‘Chopped’ Cooking Party
last weekend for my 13 year old niece.
The girls had an absolute blast and everything was just perfect.
She posted all about it on her blog HERE.
I’m sharing SOME pics and deatils from there but for even MORE details – check out her blog post.
For starters…she had my mom {sewer extraordinare!} sew up 12 DARLING aprons for each of the girls to wear and then take home. 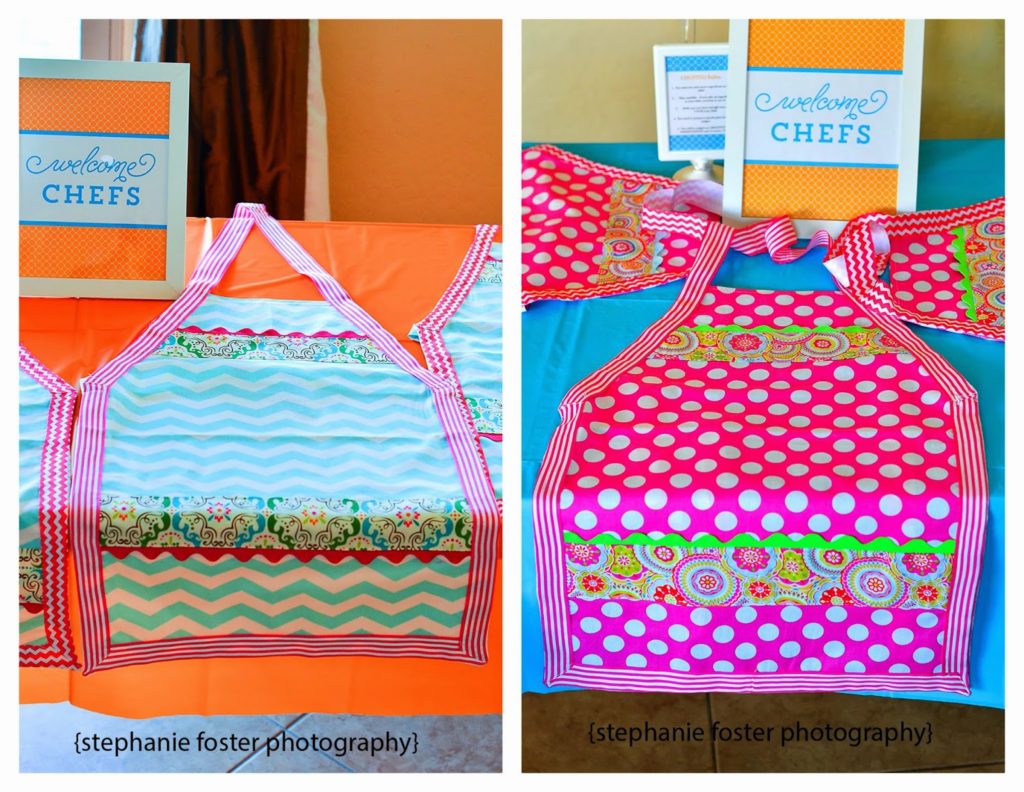 She also scored these cute plastic cups from The Dollar Tree
and gave those away as take home gifts as well. 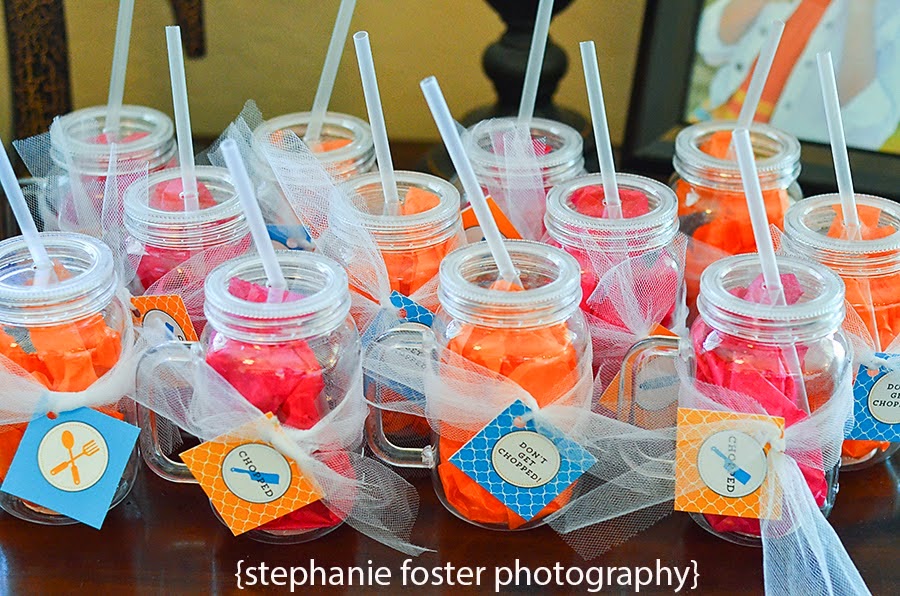 She orderd ALL of her printables {labels, banner, etc.} from Mirabelle Creations HERE. 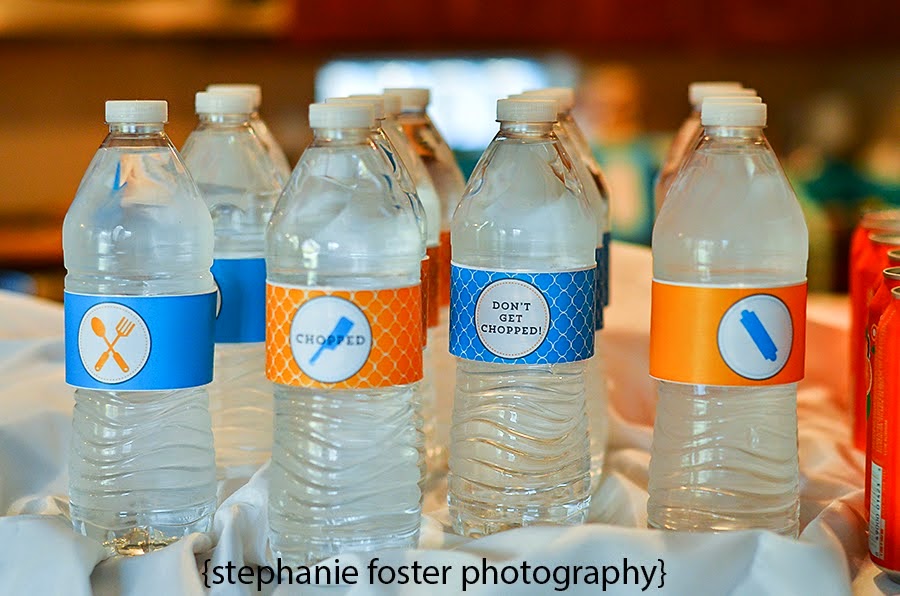 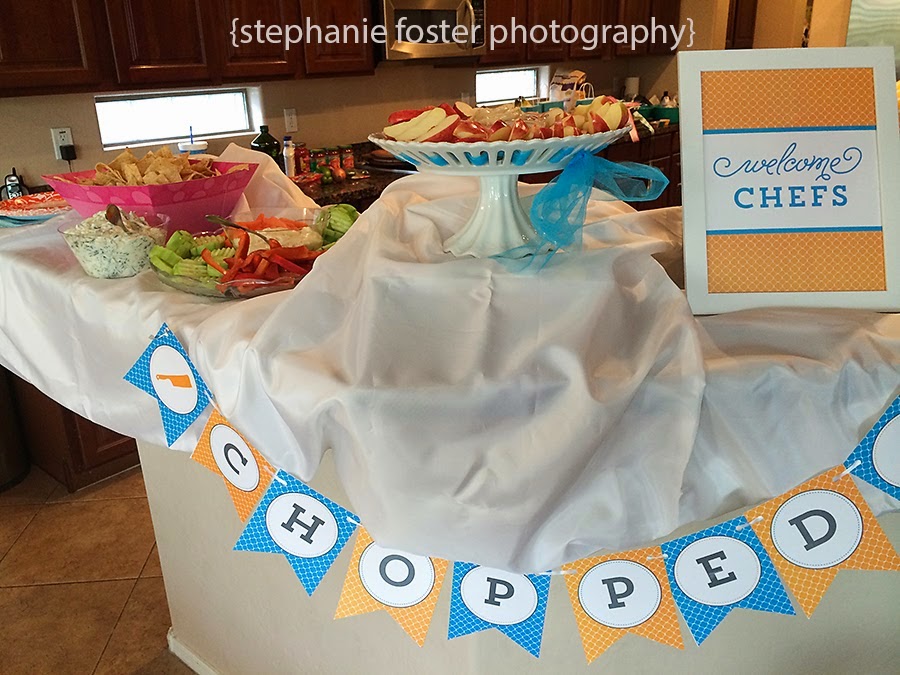 She writes:
We had the girls watch the opening segment of the show CHOPPED so they could understand the premise of the party.  I changed it slightly though.  We were only going to have two rounds – an entree and dessert.  And each team would be given two secret ingredients for each round.  But each team’s ingredients were different.  I also explained that they would be making their own dinner – so they better make it yummy so they’d want to eat it. 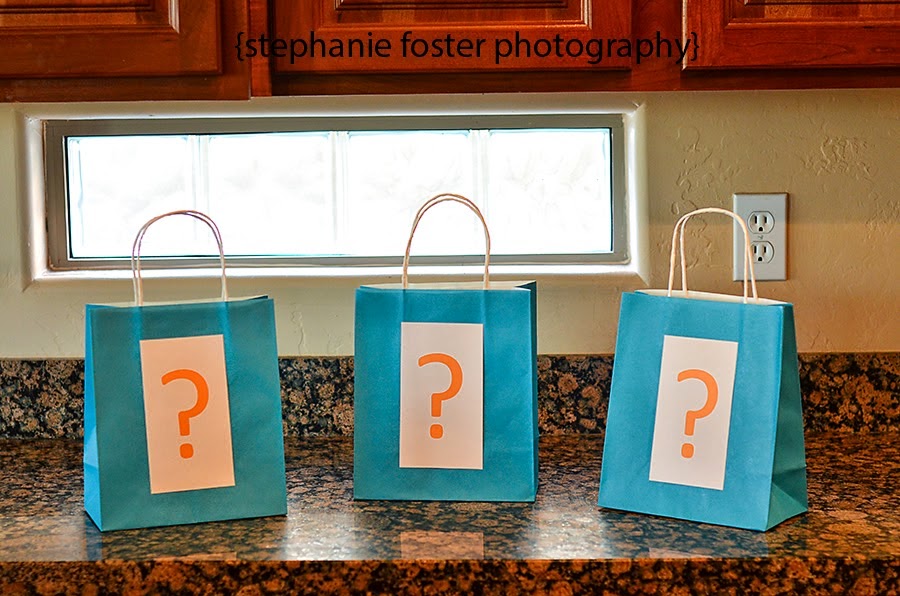 There would be a time limit, and they’d also be judged on Creativity, Presentation and Taste. 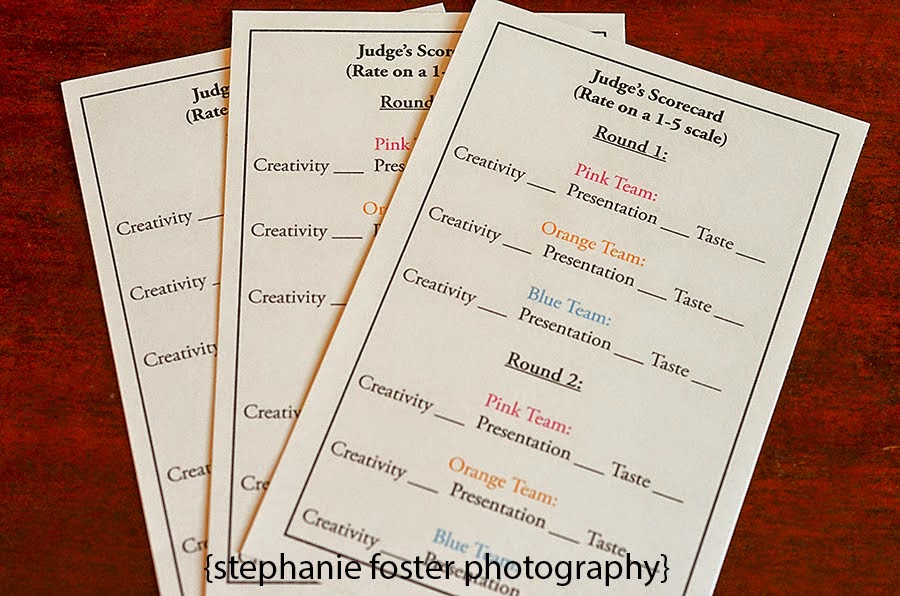 ROUND 1:  The Entree
For the first round, each team was given pizza dough and told to do something creative with it.  They were given a bag of their secret ingredients — pesto & bacon, alfredo & artichoke hearts, and bbq sauce & olives.  And then they were also given a list of available ingredients that I put on the counter for them.  I had pre-cooked meats like hamburger, sausage, meatballs and chicken so they were ready to use.  Other ingredients were pepperoni, all types of cheese, traditional pizza sauce, green pepper, onion, garlic, basil, tomatoes, pineapple and taco seasoning.
ROUND 2: Dessert
They could pick a cake mix to use and then they could choose to either use the store bought frosting or make homemade frosting.  (I provided a butter cream and cream cheese frosting recipe.)  They all chose to make their own!  And then they had to incorporate their secret ingredients again.  And they could use any of the other ingredients available on the counter.  It was first come, first serve so they had to plan quickly! 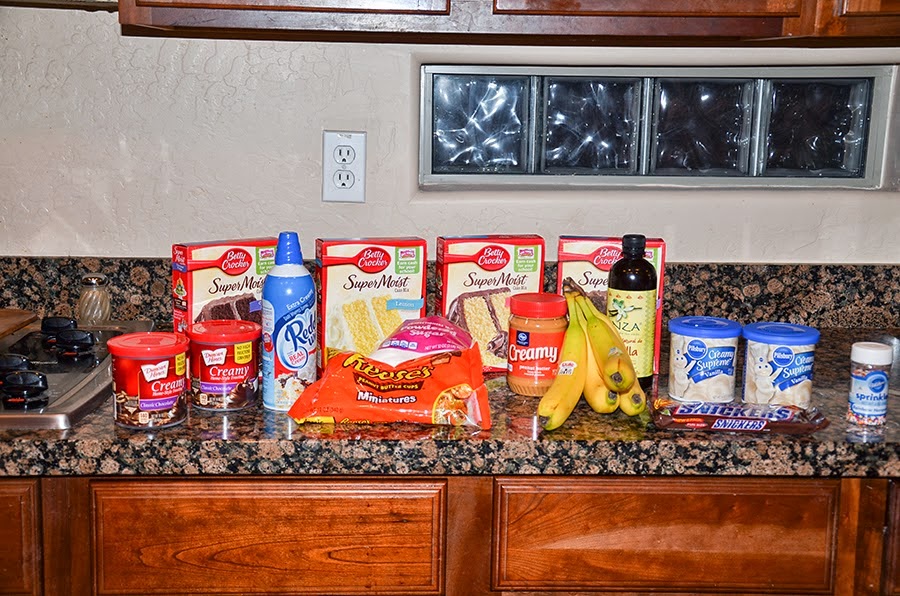 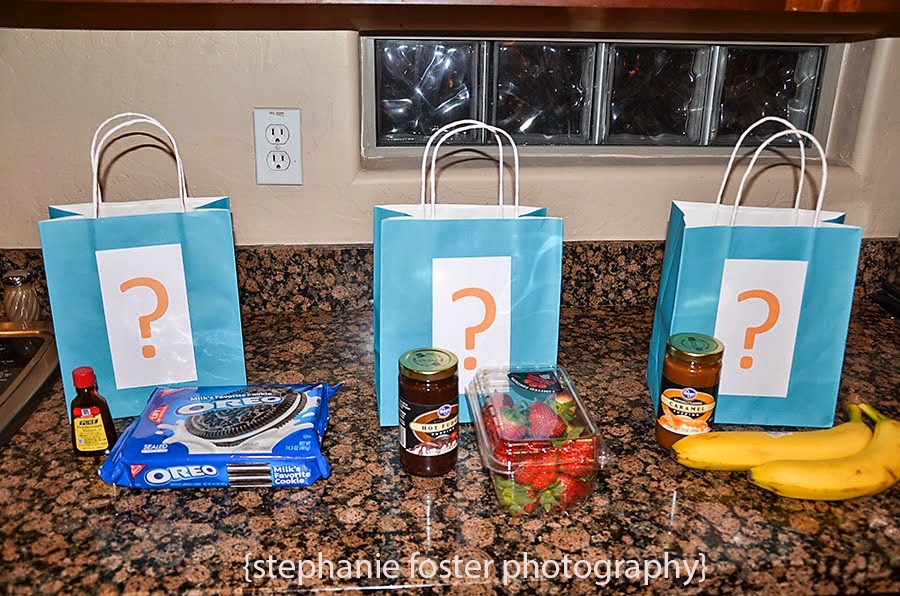 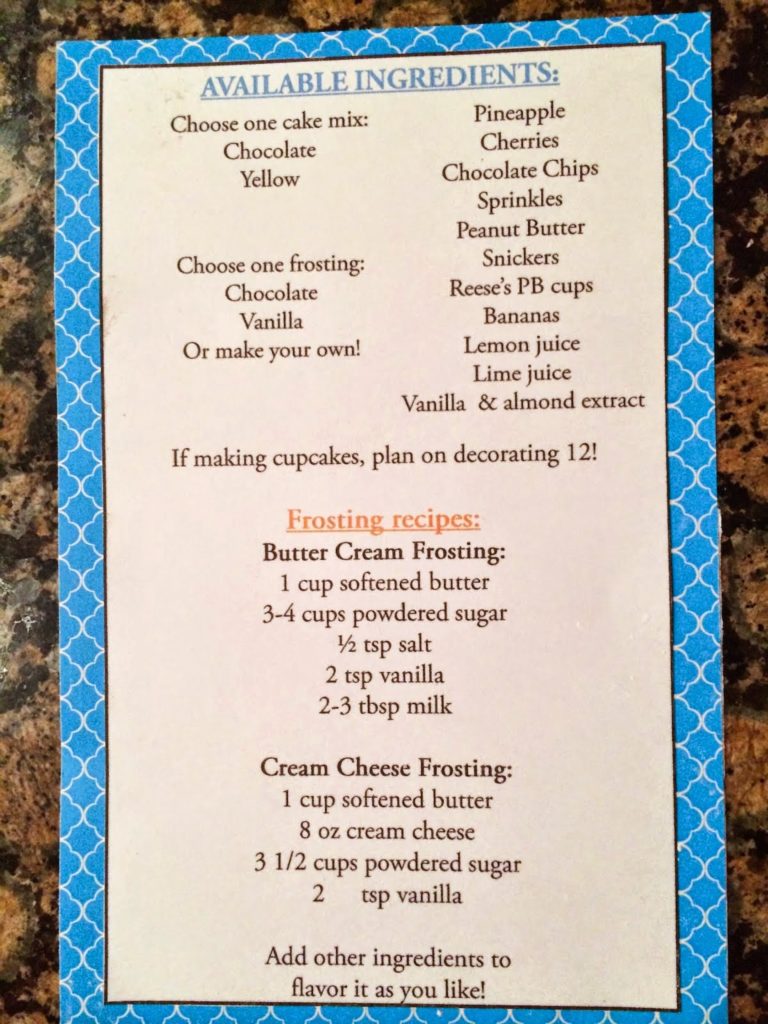 Again – – for lots more details & pics of the evening
{like what the girls each created with their ingredients}
check out my sister’s blog HERE.