I know some people can’t stand Disneyland
{seriously, how dare you!?😜}
but our family LOVES it!

It truly is magical for us.  Not sure if it’s because we’ve been making memories with the kids there since they were babies or what…but {so far!} no matter how old they’ve gotten….they get just as excited about it all as they did when they were little kids.

Our day started off in Adventureland at the Indiana Jones ride followed up with the Jungle Cruise.
{Seriously…I never get sick of those corny jokes!} 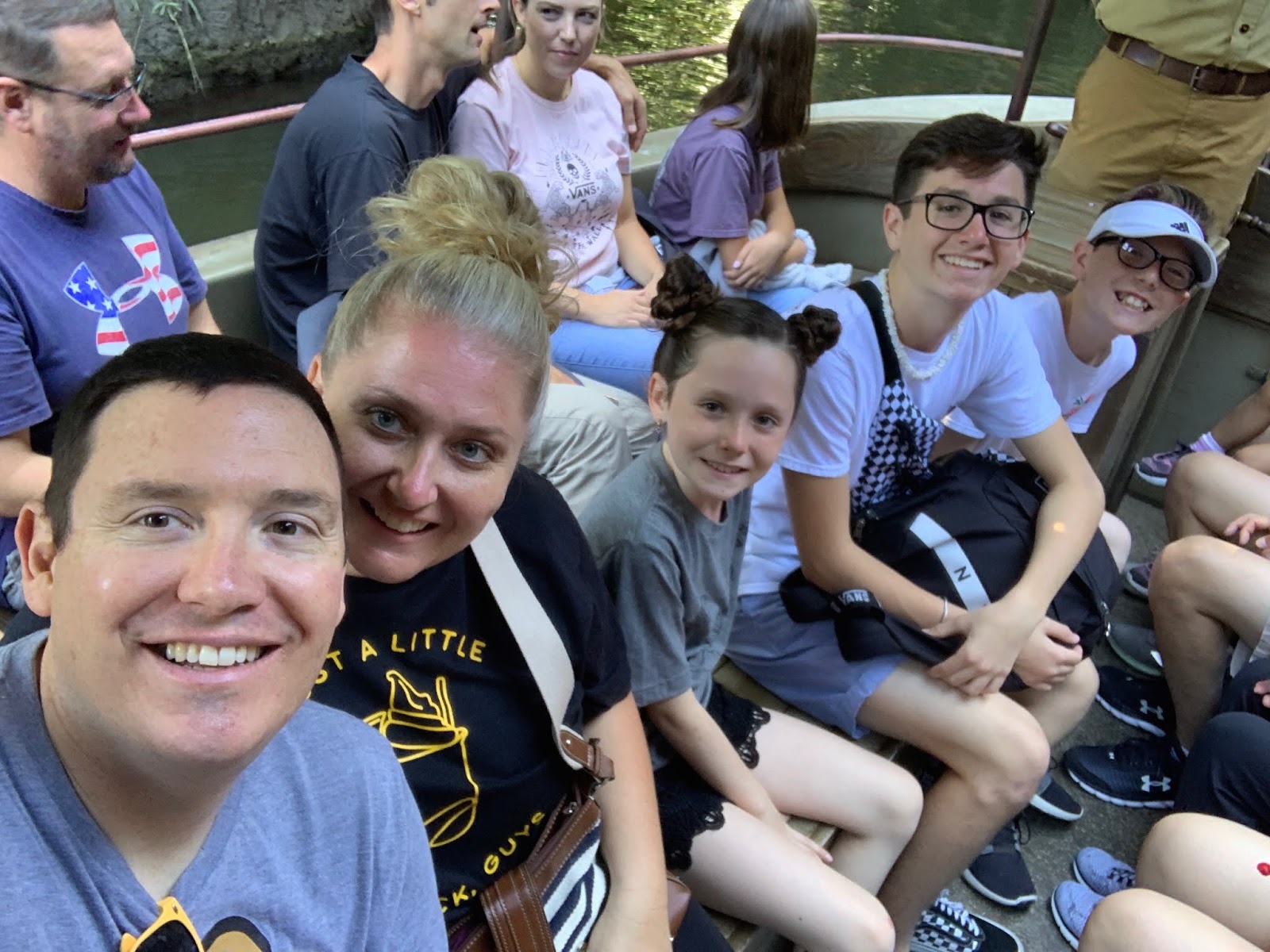 Another thing I love about taking my kids?
They get equally as excited about the LITTLE kid rides as they do the BIG kid rides.  We’re not biased.
We love em all! 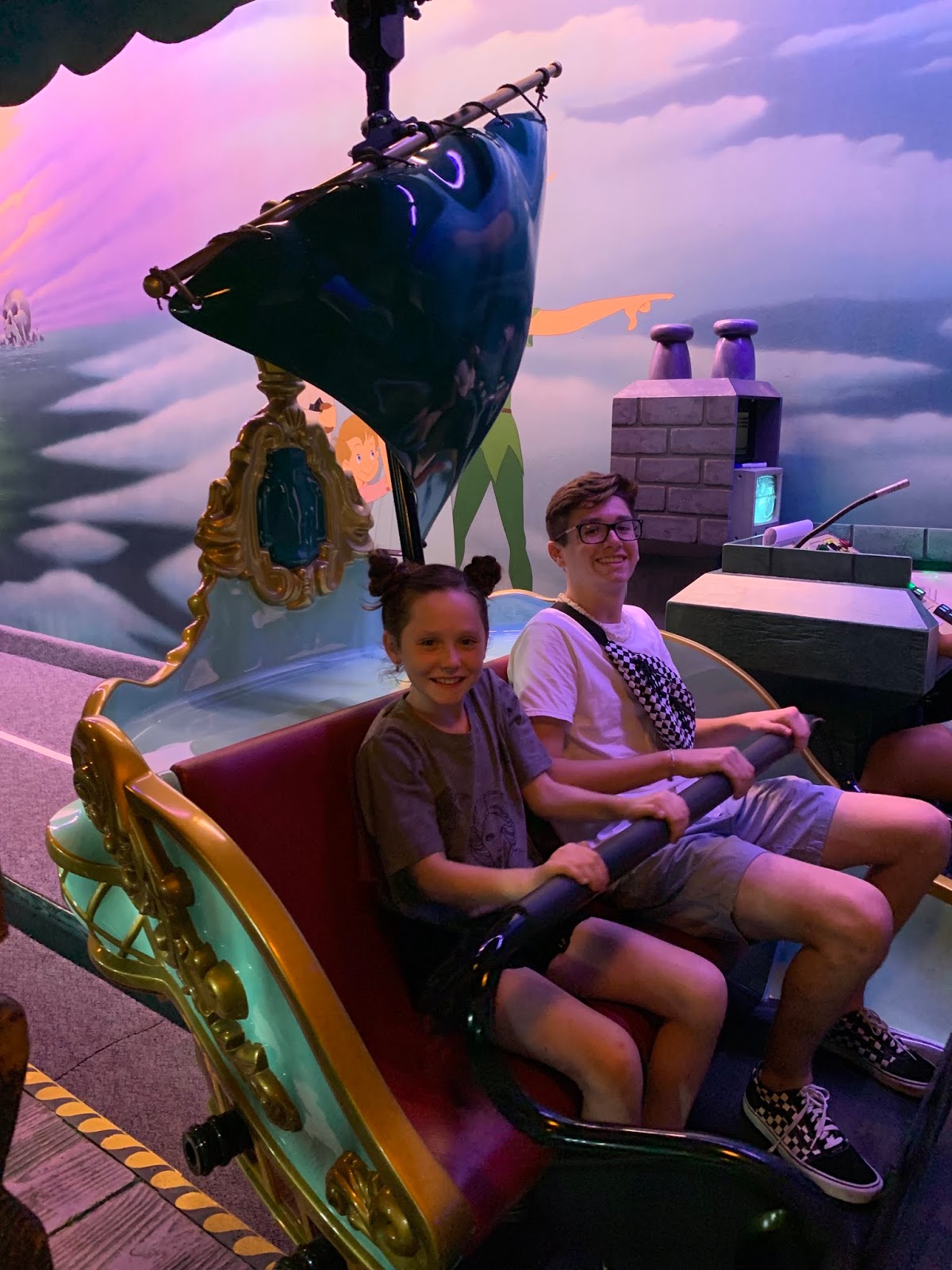 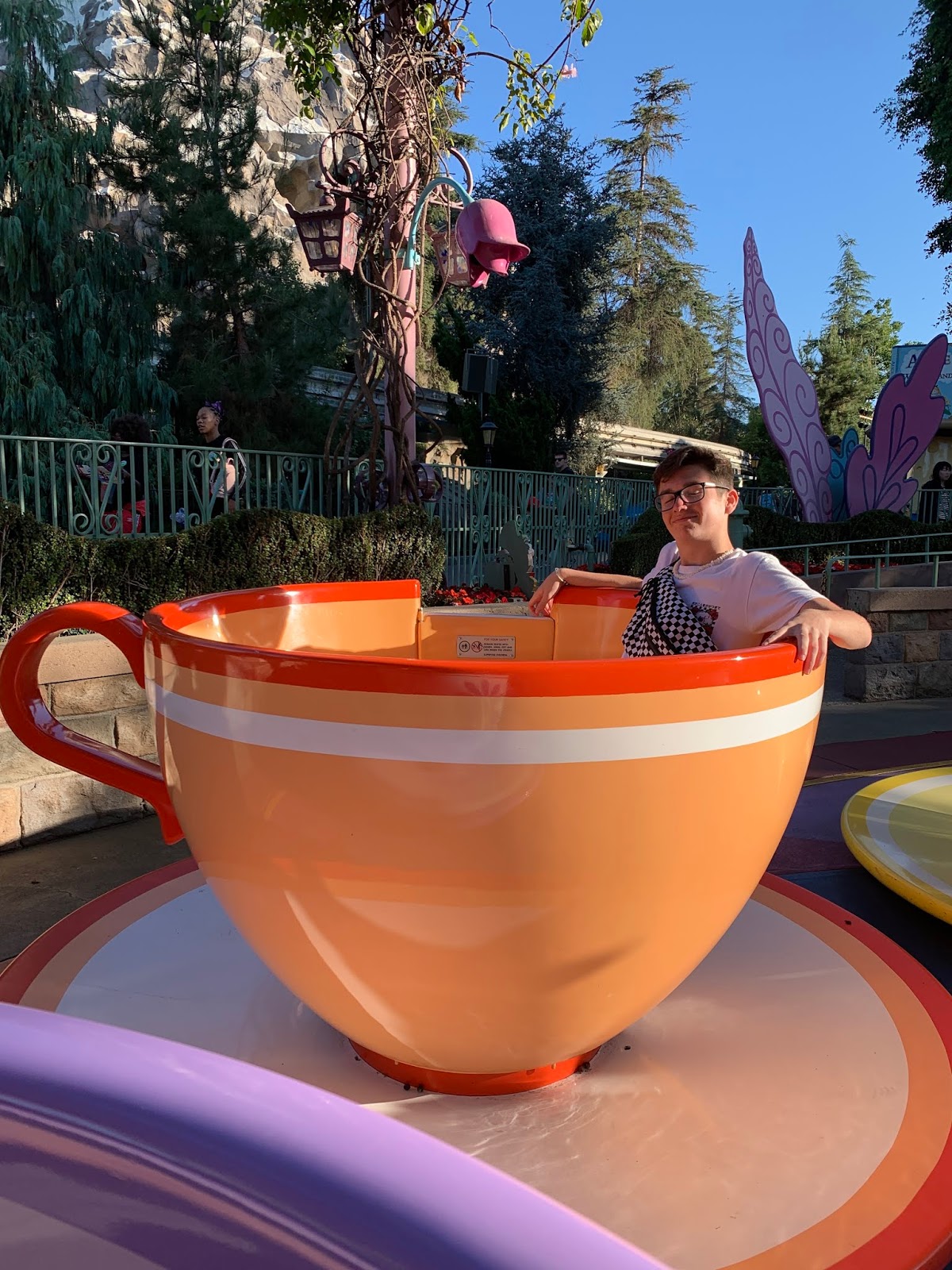 We tried a {new to us} spot for lunch –
The Golden Horseshoe.

We’re creatures of habit and I felt the need to change it up with the food this visit. 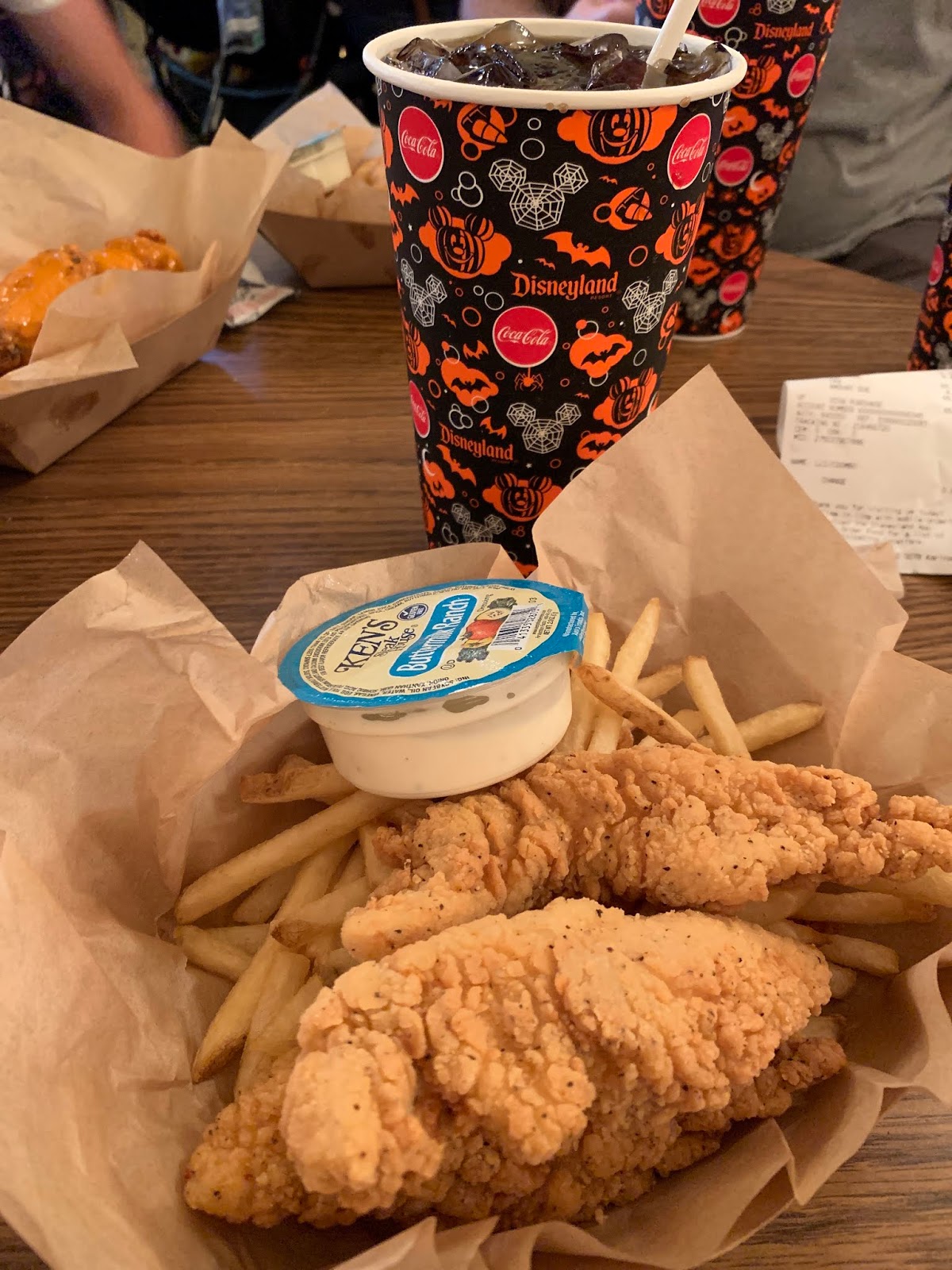 The kids got wings and Joe got fish ‘n chips which he said were just ok.

{Side note: This place has a funky smell.  I’m not sure why}. 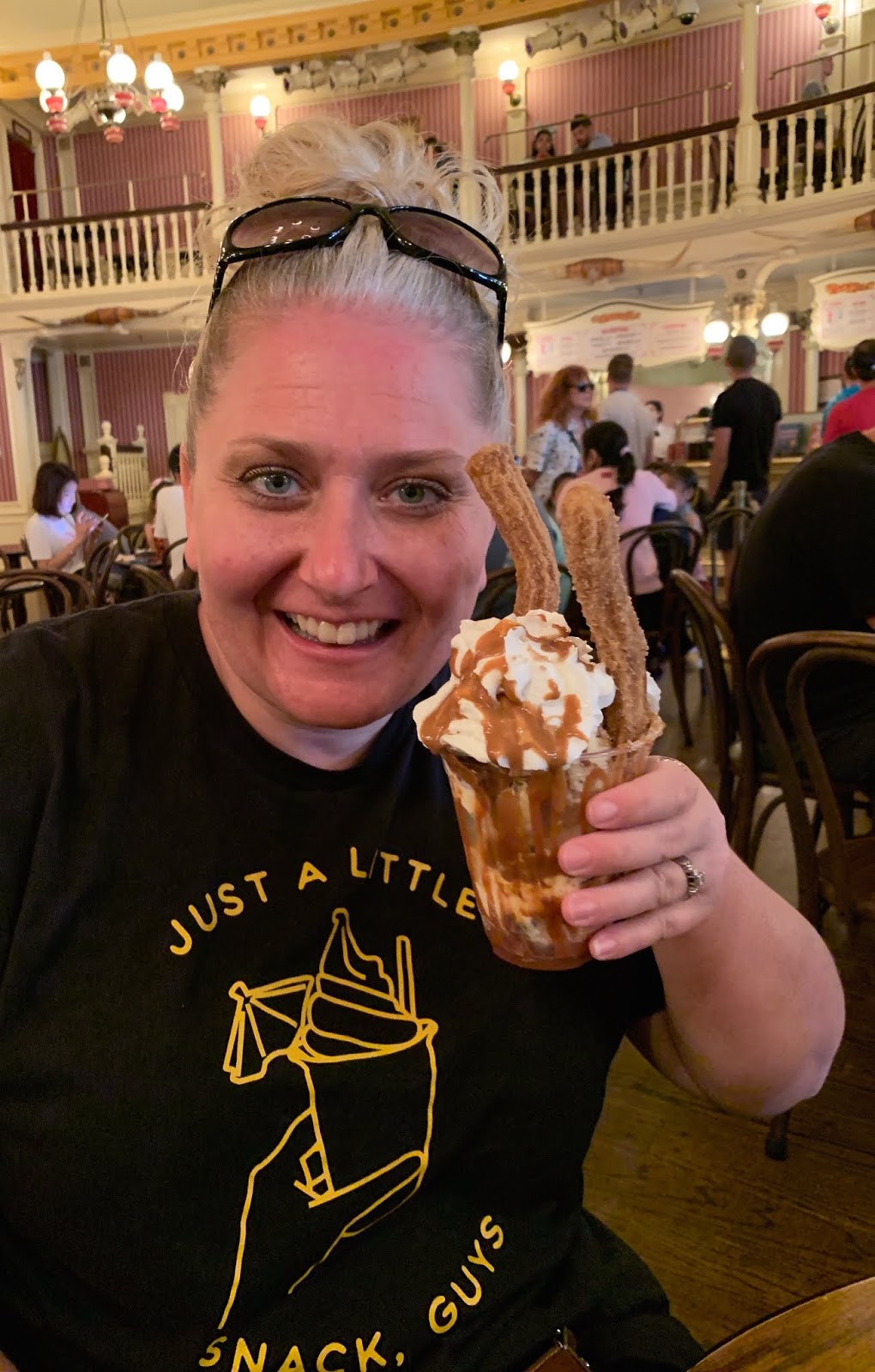 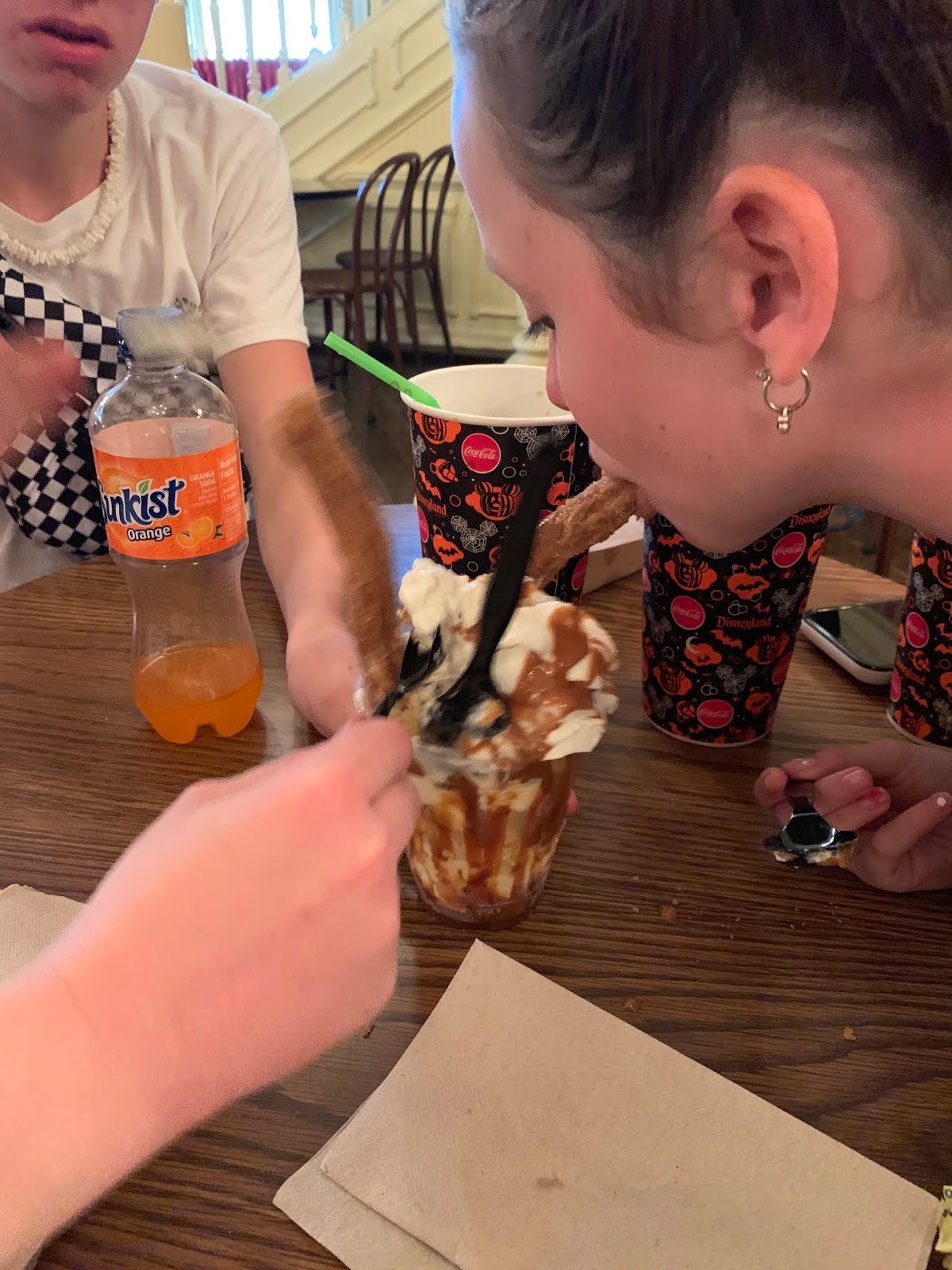 After lunch it was time for the highly anticipated
Star Wars Land. 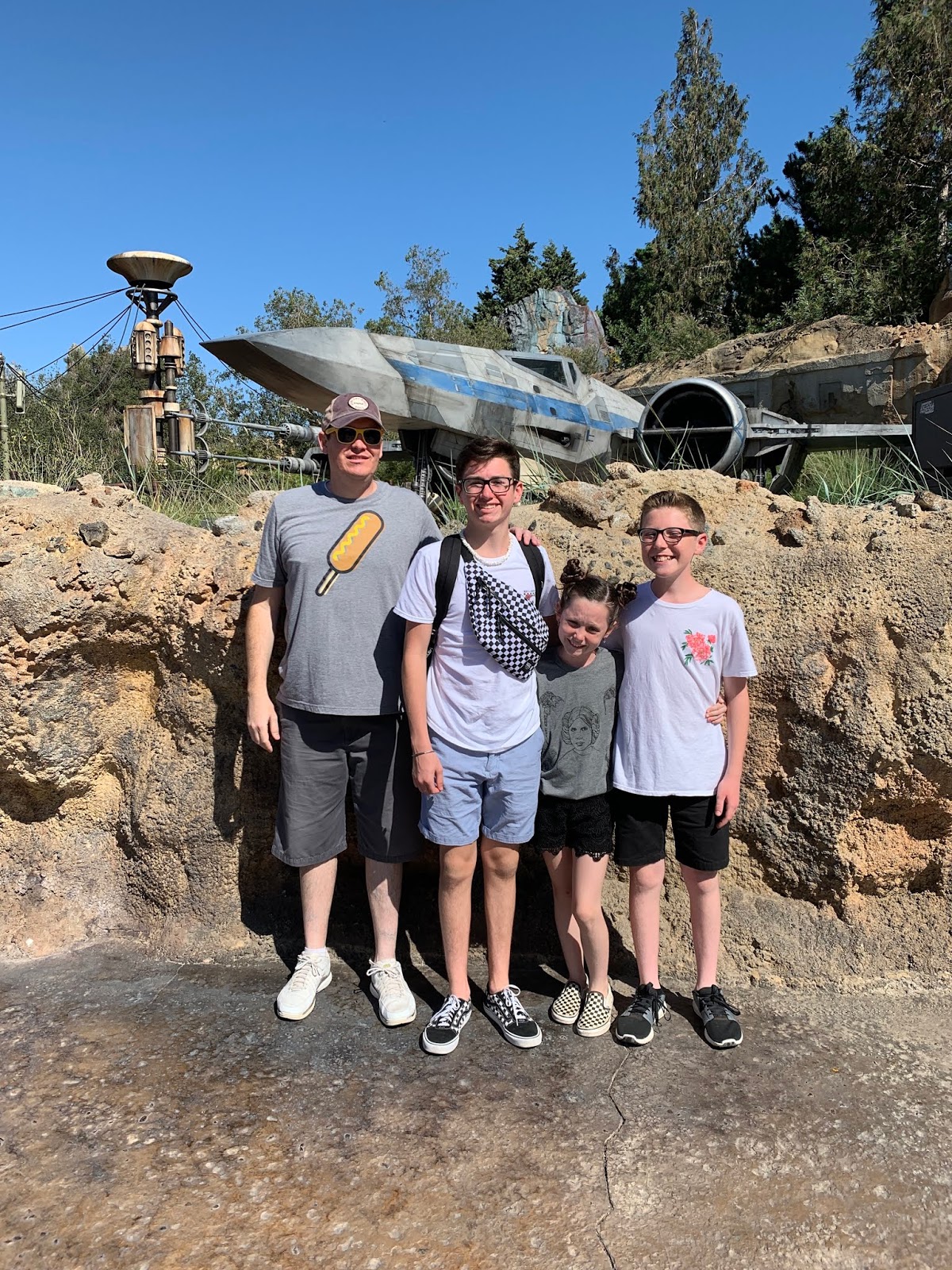 I’ll admit.
I’ve never seen one single Star Wars movie in my entire life – just not a fan BUT….I was definitely a fan of this land. 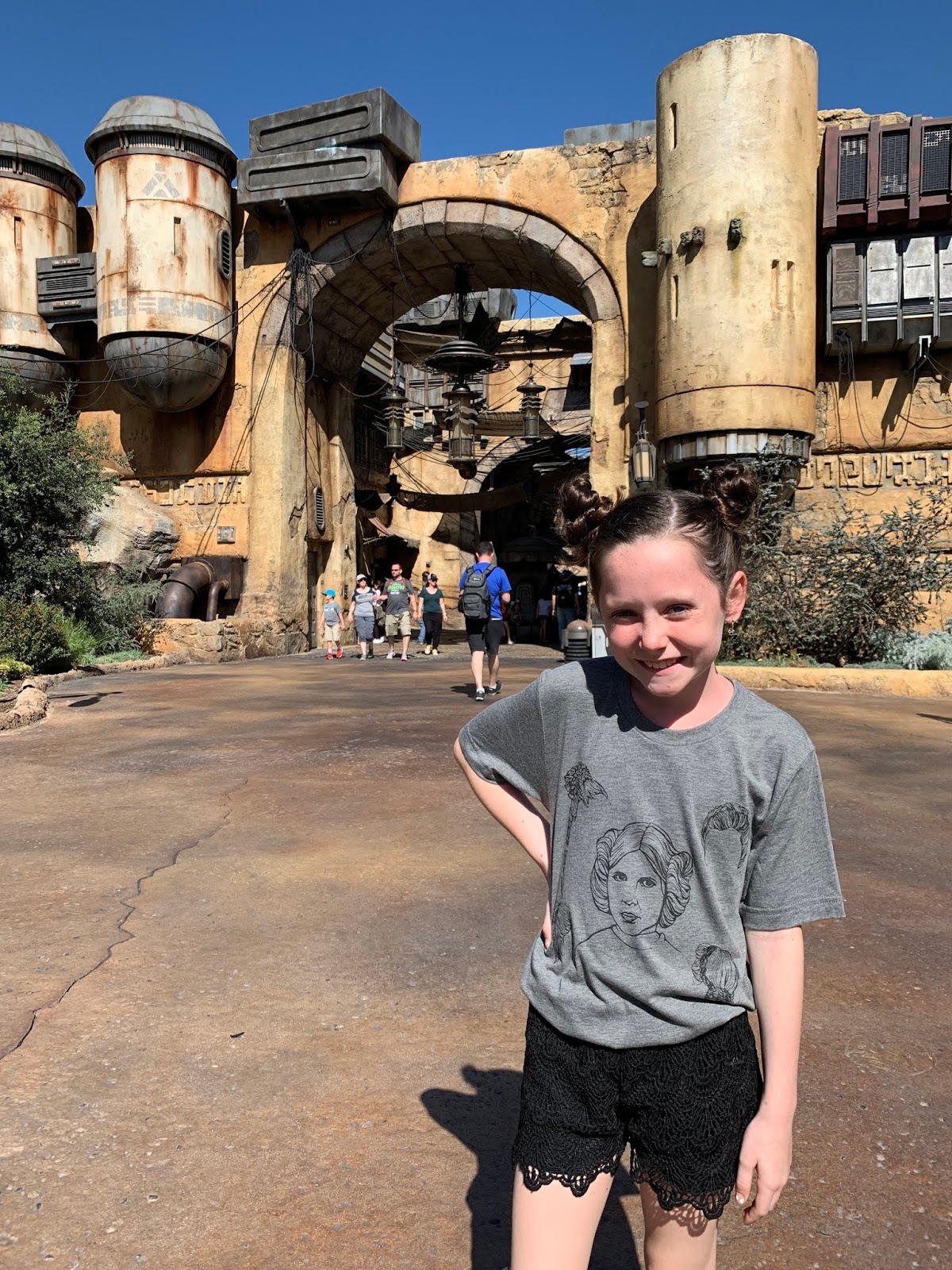 It’s GINORMOUS and we really could’ve spent hours in it. 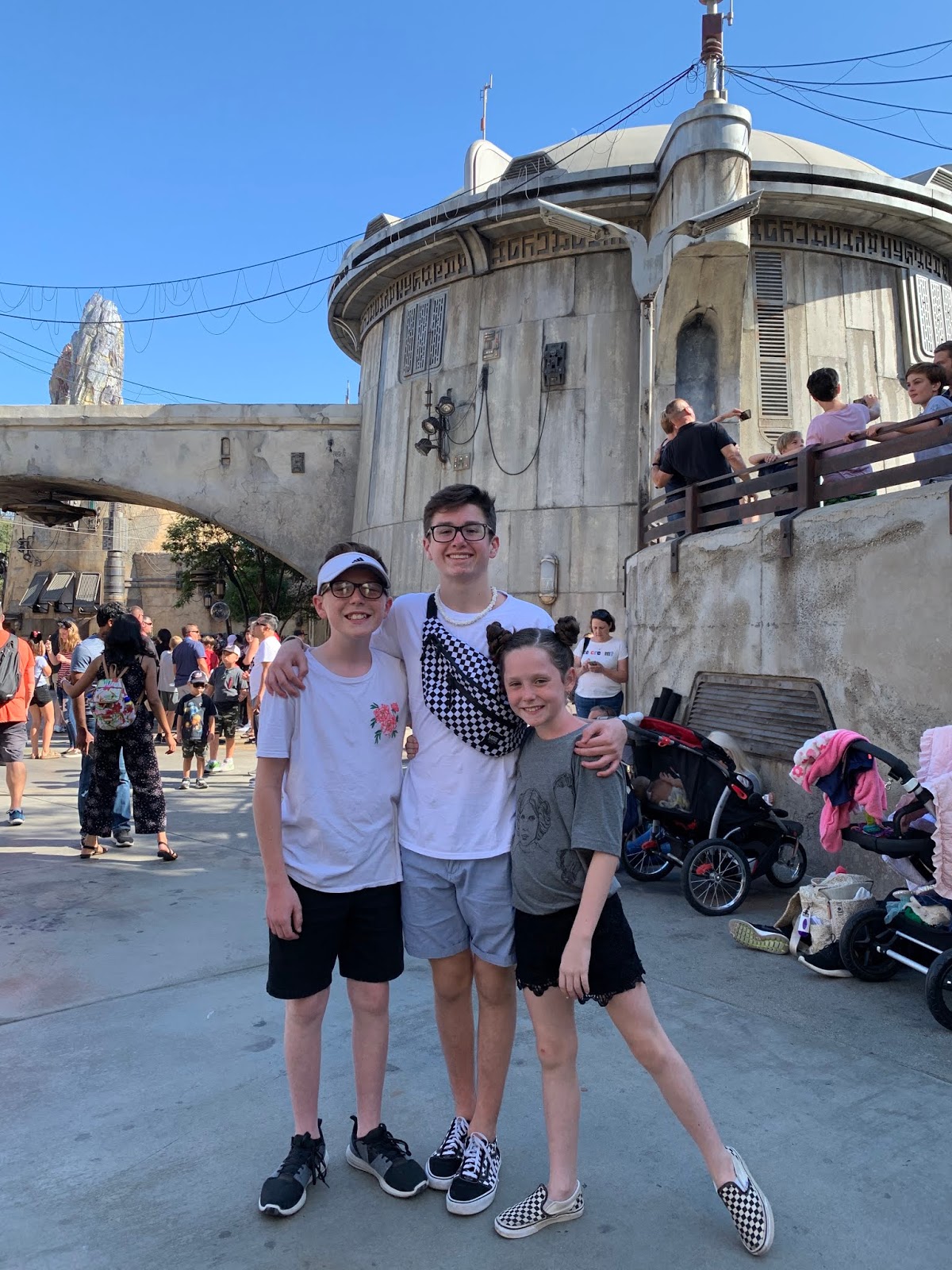 There’s only ONE ride open in the land with another set to open up in January.

We hope to try some blue milk the next time we go back!! 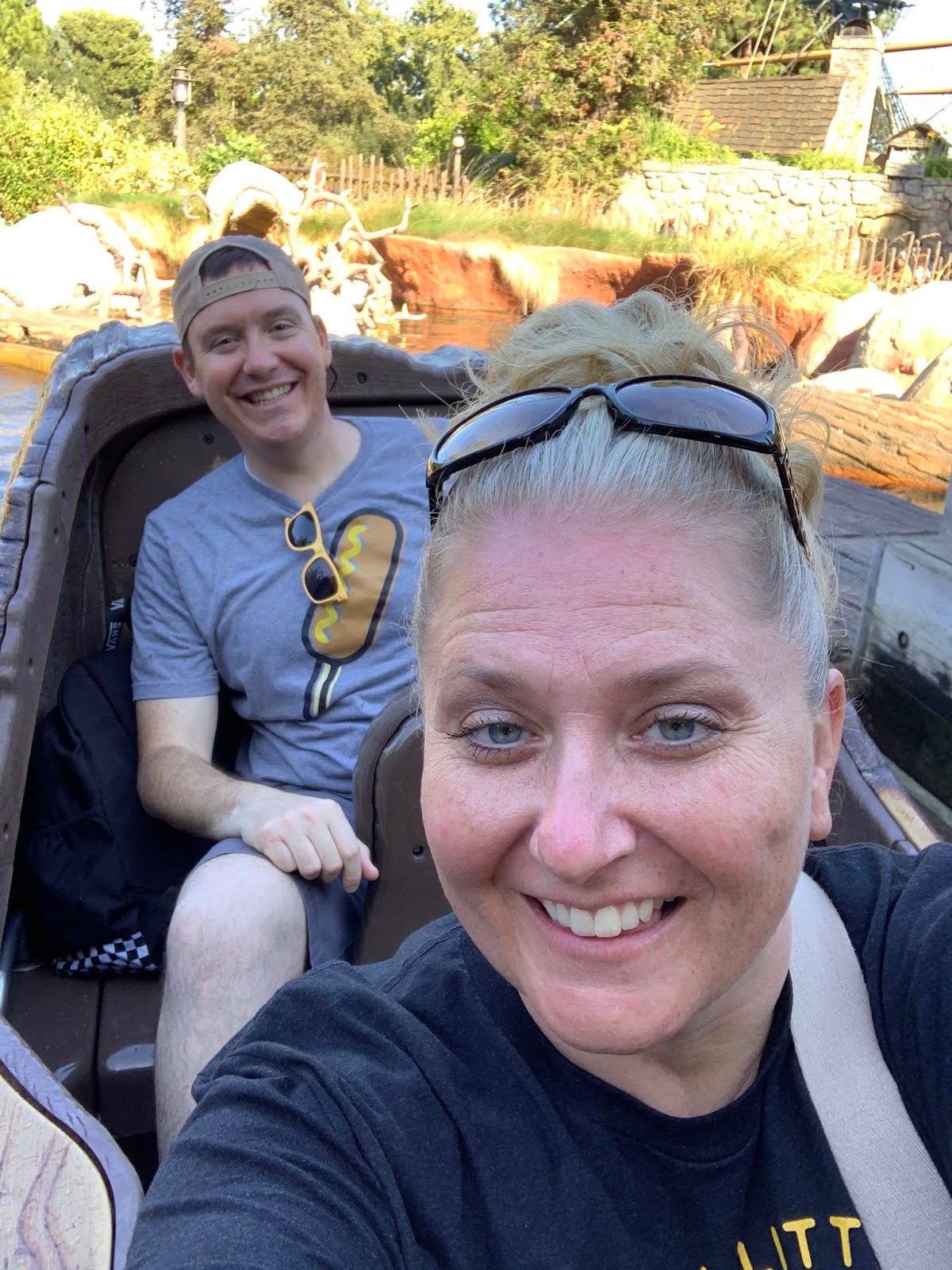 My kids could ride Splash Mountain at least 10 times in a row and not get sick of it.  I give it a go once per trip and that’s it.
I hate getting wet on rides!! 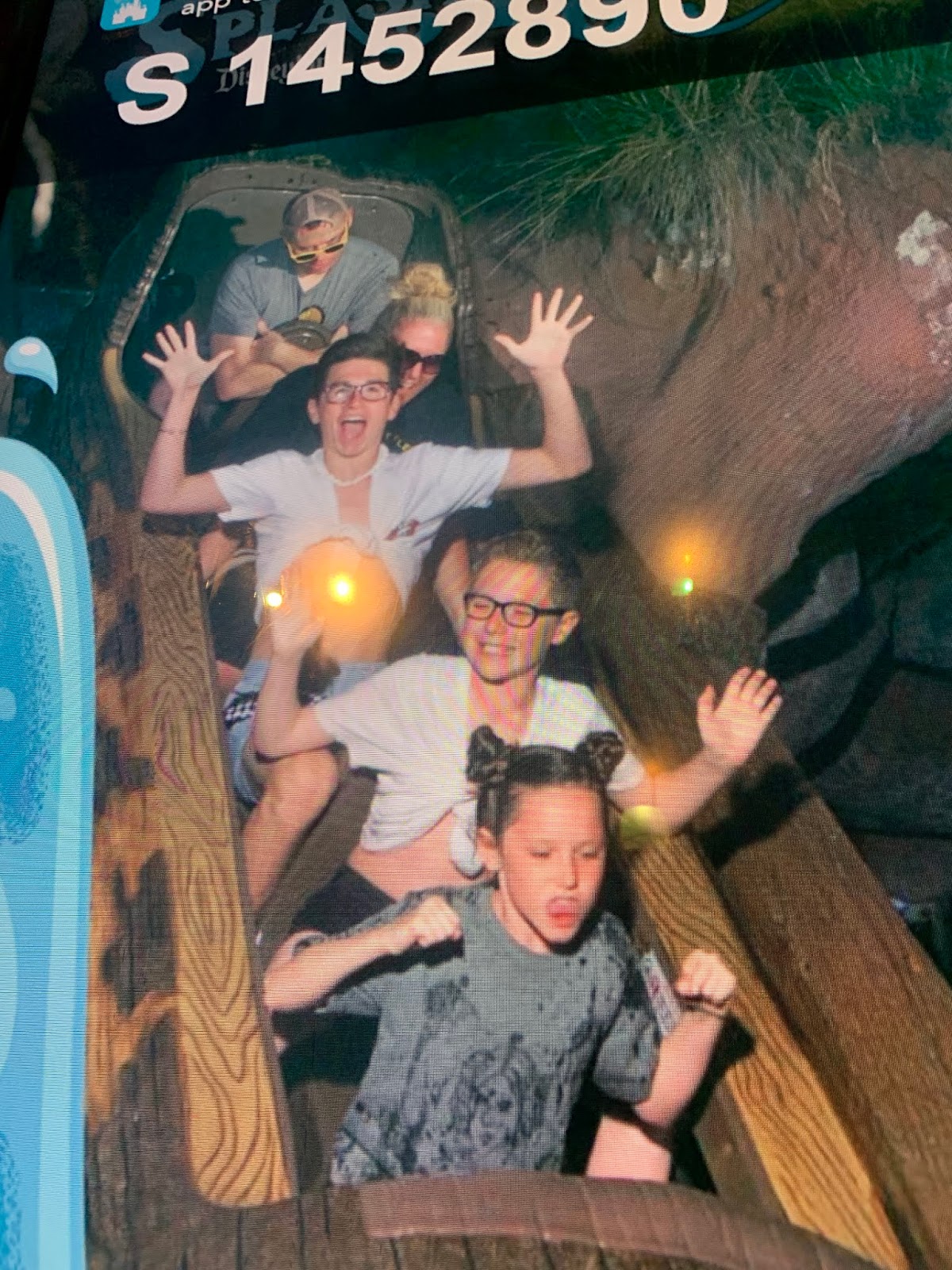 I will say that riding ALL of the rides with ALL of your kids is pretty golden. {And not having to lug any strollers around now either, is equally as awesome.}

My family humored me and we rode “It’s A Small World”.
{It’s seriously one of my favorites!} 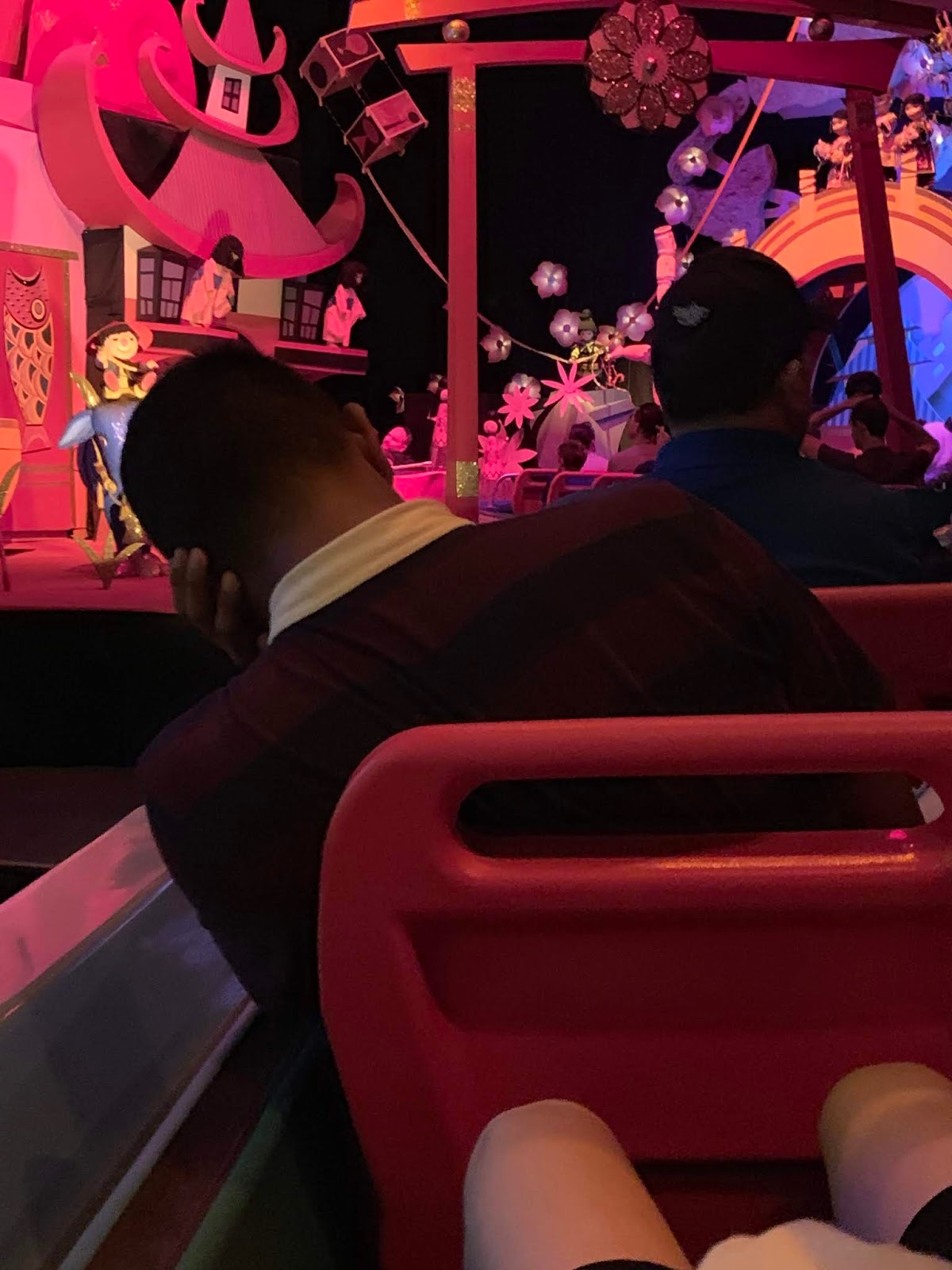 The dude sitting in front of us however,
apparently did not agree. 😂😂😂 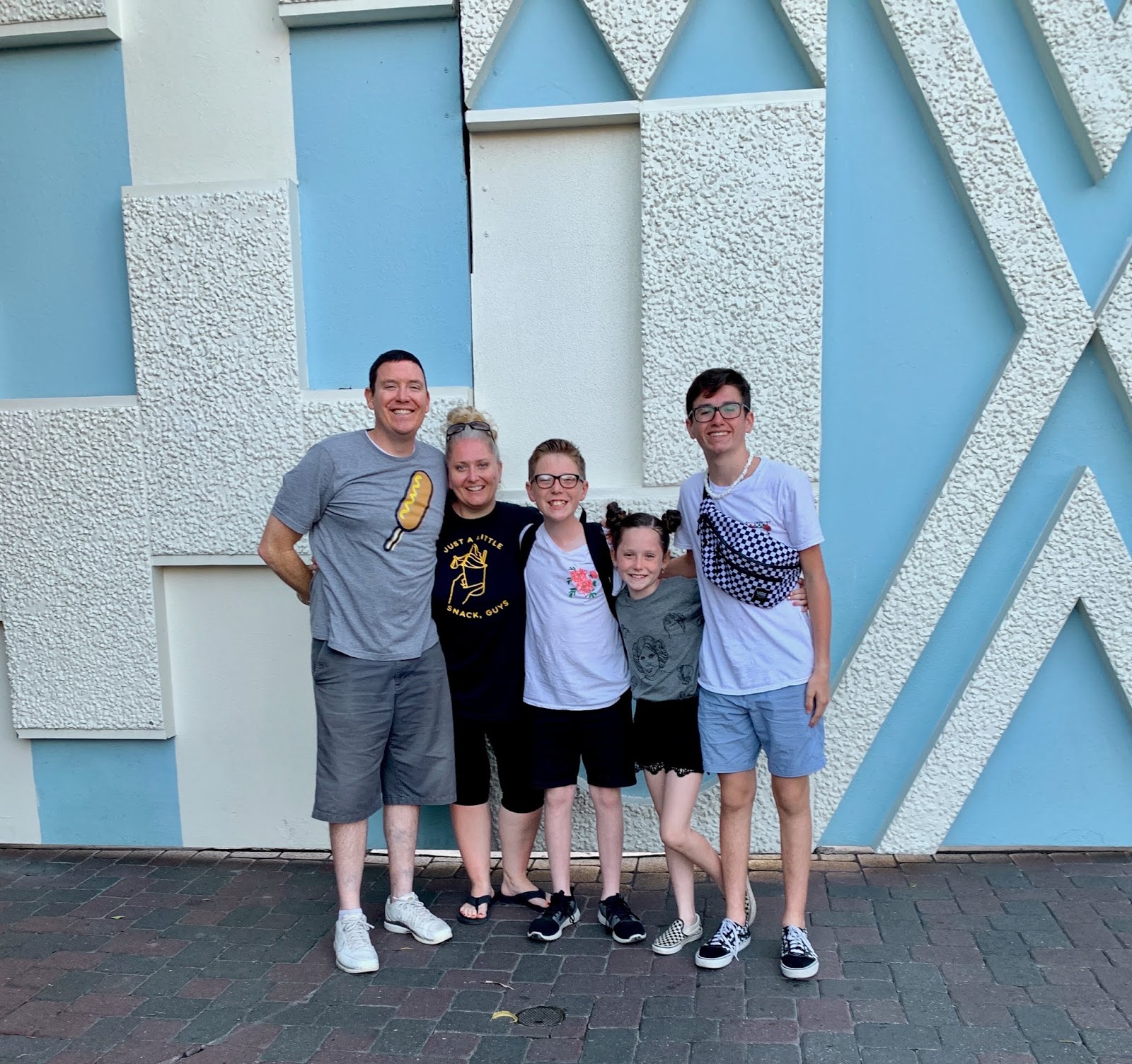 The only pic we managed to get of our entire family this trip!
{London, Joe and I’s shirts from the cutest
Happiest Threads}

Dinner was at the Jolly Holiday Bakery Cafe and it was a big, fat WINNER! {Seriously, how have we never tried this place?} 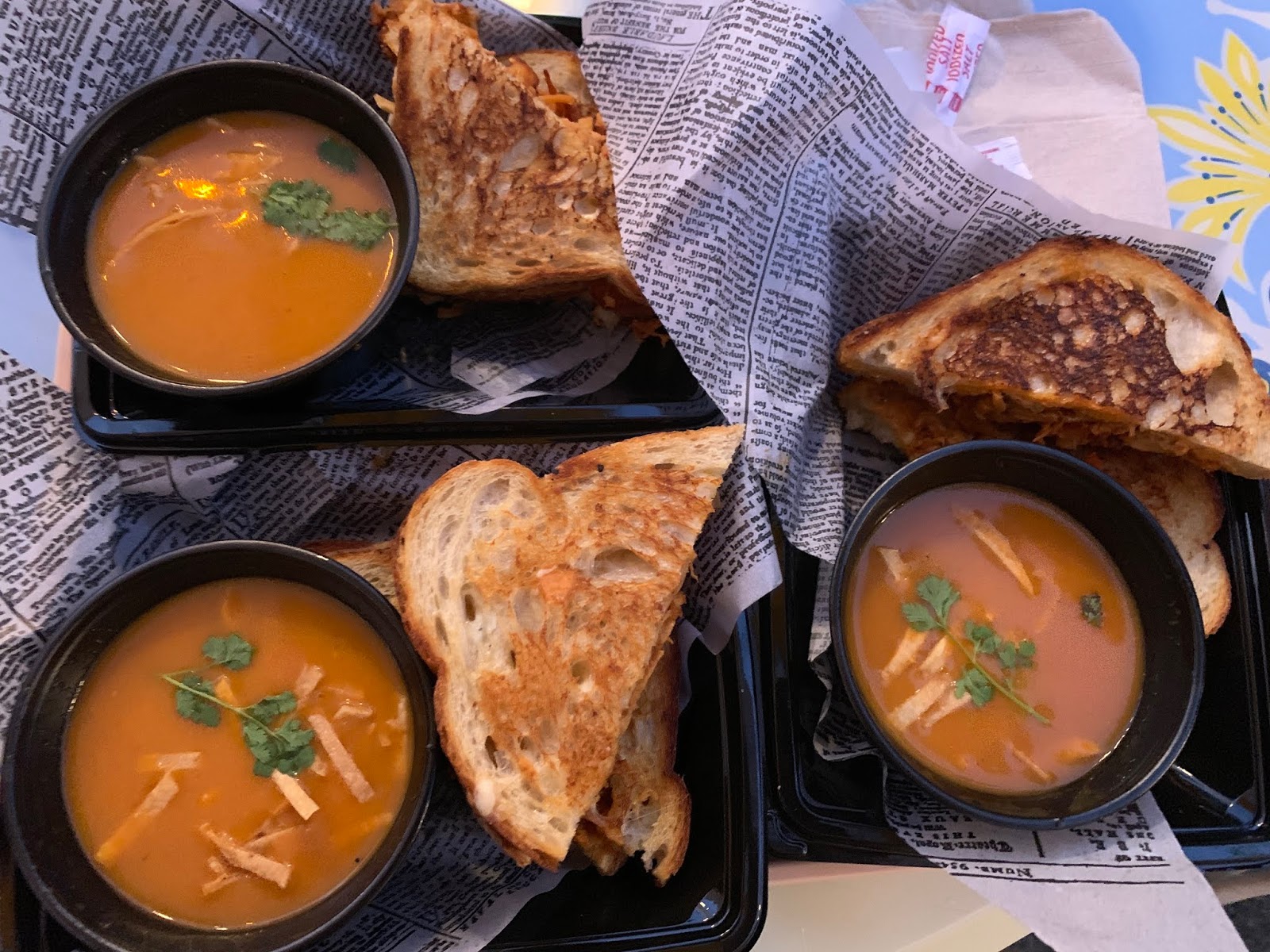 One of their seasonal items is a toasted salsa roja chicken sandwich on the yummiest bread ever with a side of tortilla soup for dipping!!!!!

We ALL loved it so much!! 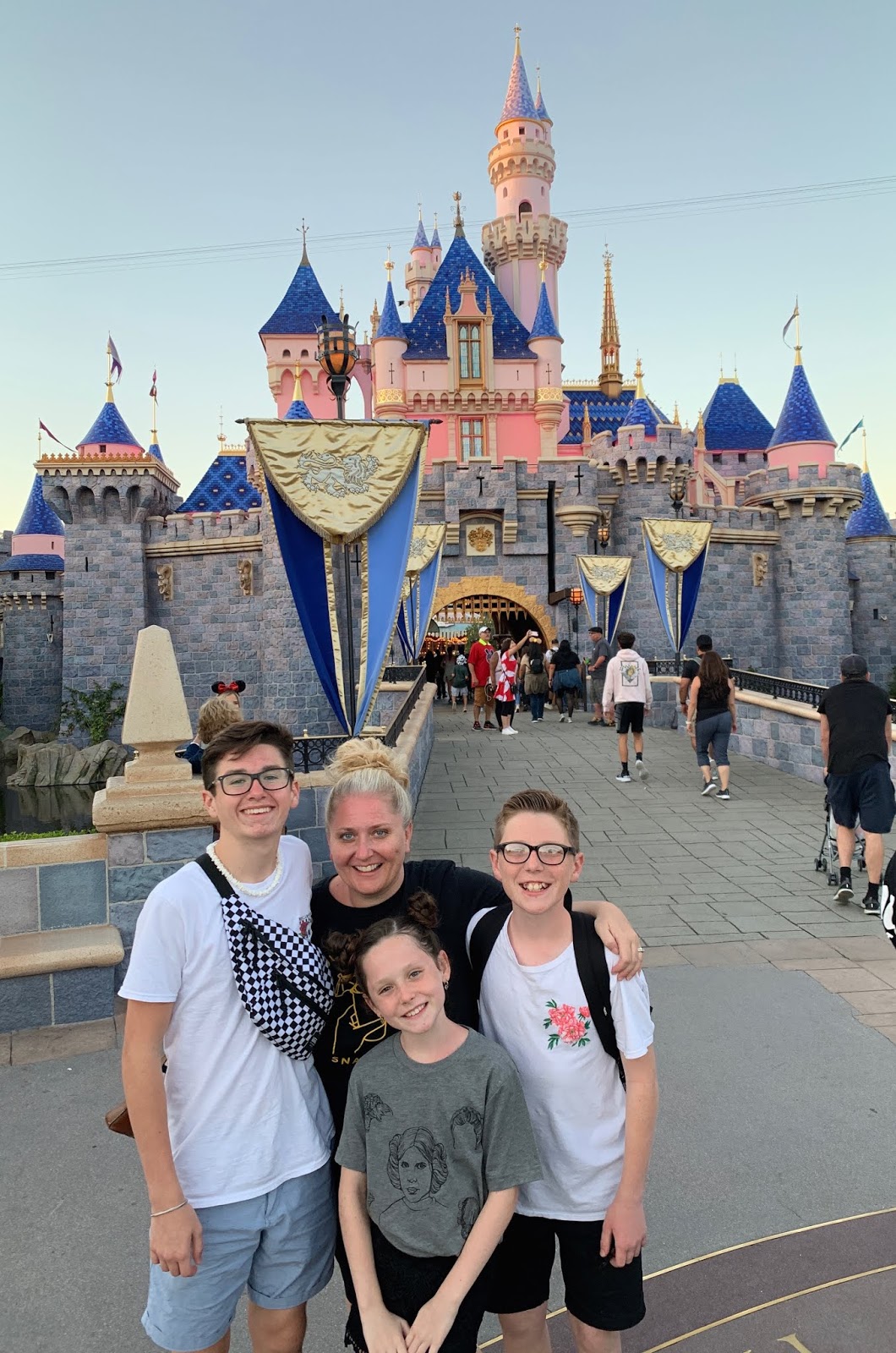 The castle had gotten a make-over since we were there last.
Isn’t it pretty??
It really sparkles in real life.

We left the park at closing time exhausted, barely able to walk back to our hotel but it was all so worth it!!
We had such a blast!!