* Last week we packed up the kiddies and headed to California for their first week of Fall Break.  Joe had a business trip scheduled there and so we tagged along and played for a few days.

Our first day took us to Downtown Disney and California Adventure. 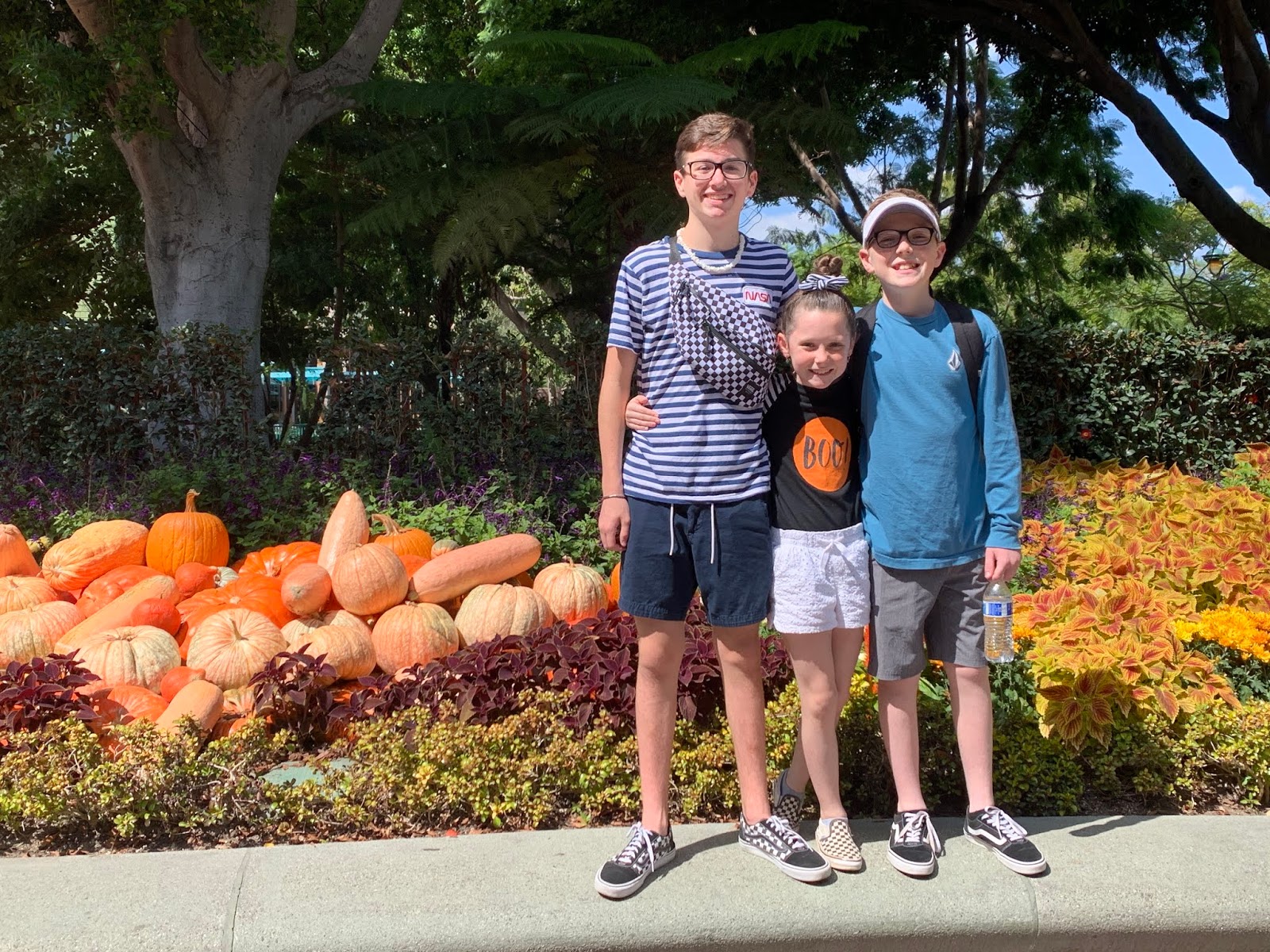 Disney sure knows how to decorate for the holidays! 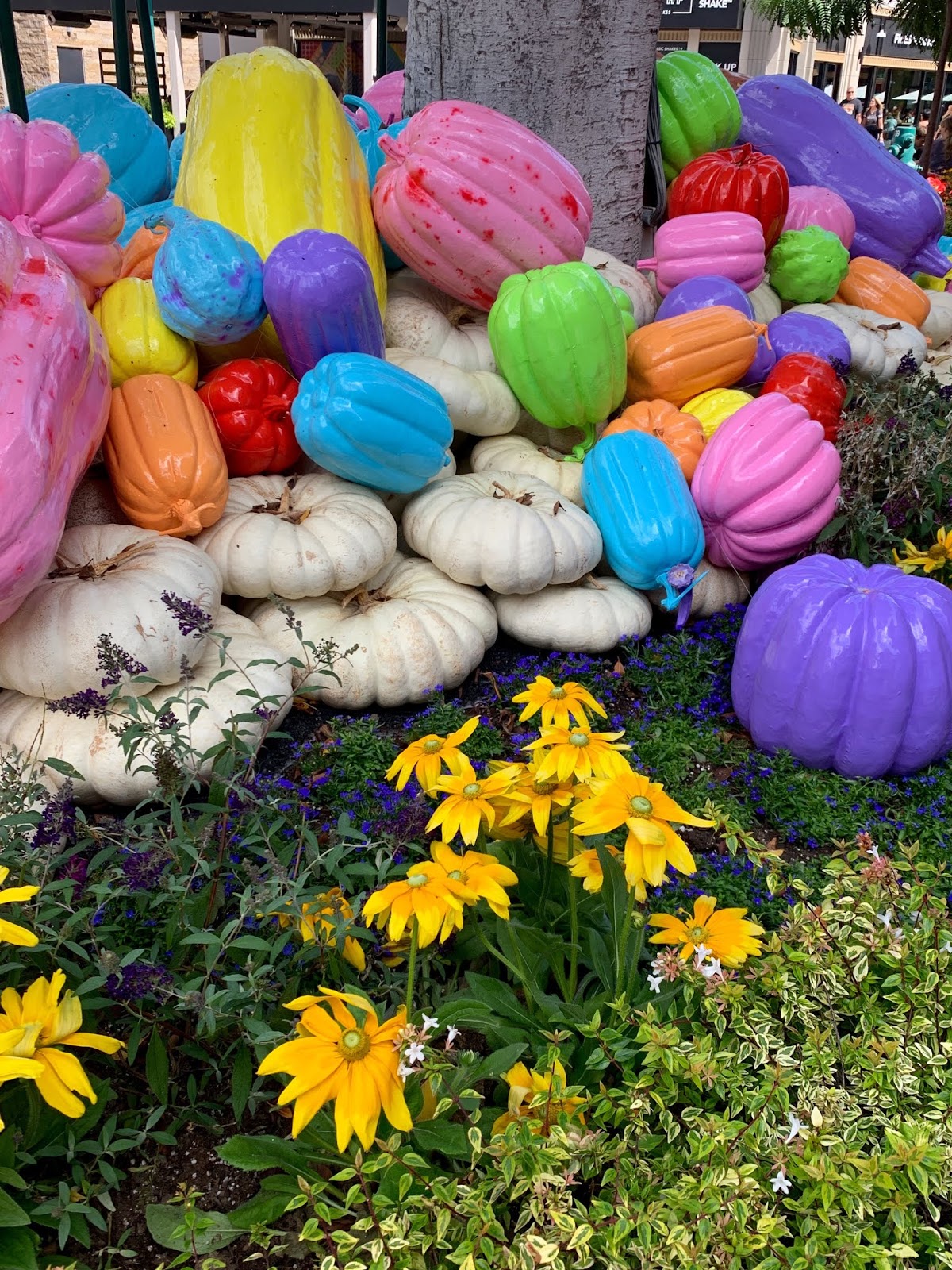 Because we bought tickets to the Oogie Boogie Halloween Party, we weren’t allowed to enter into the park until 3:00 pm.

We killed time in Downtown Disney (oh my gosh they’ve totally re-done that place since I was last there!). 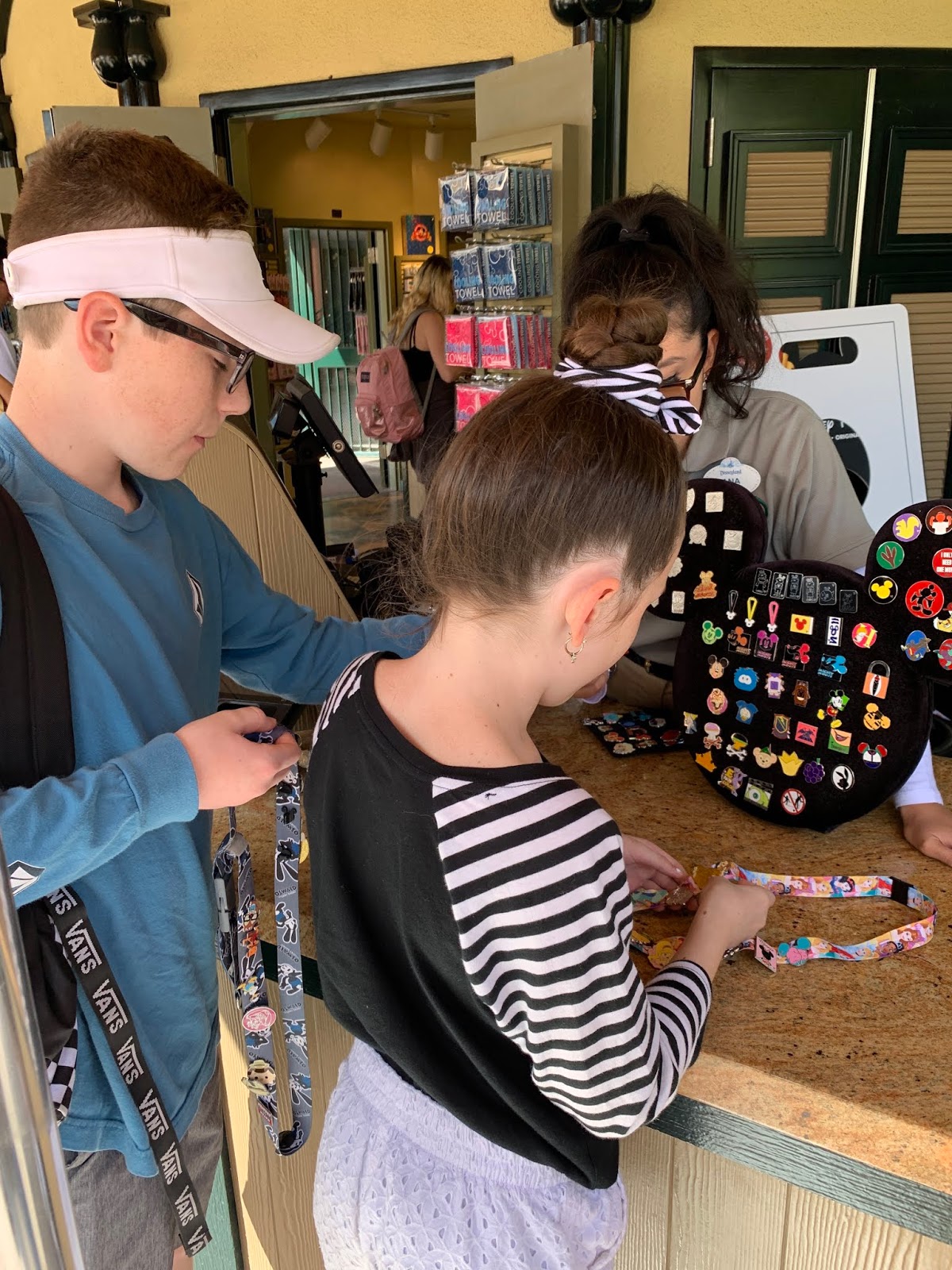 I might love this little activity more than they do 😉

And we ate corndogs to help kill the time. 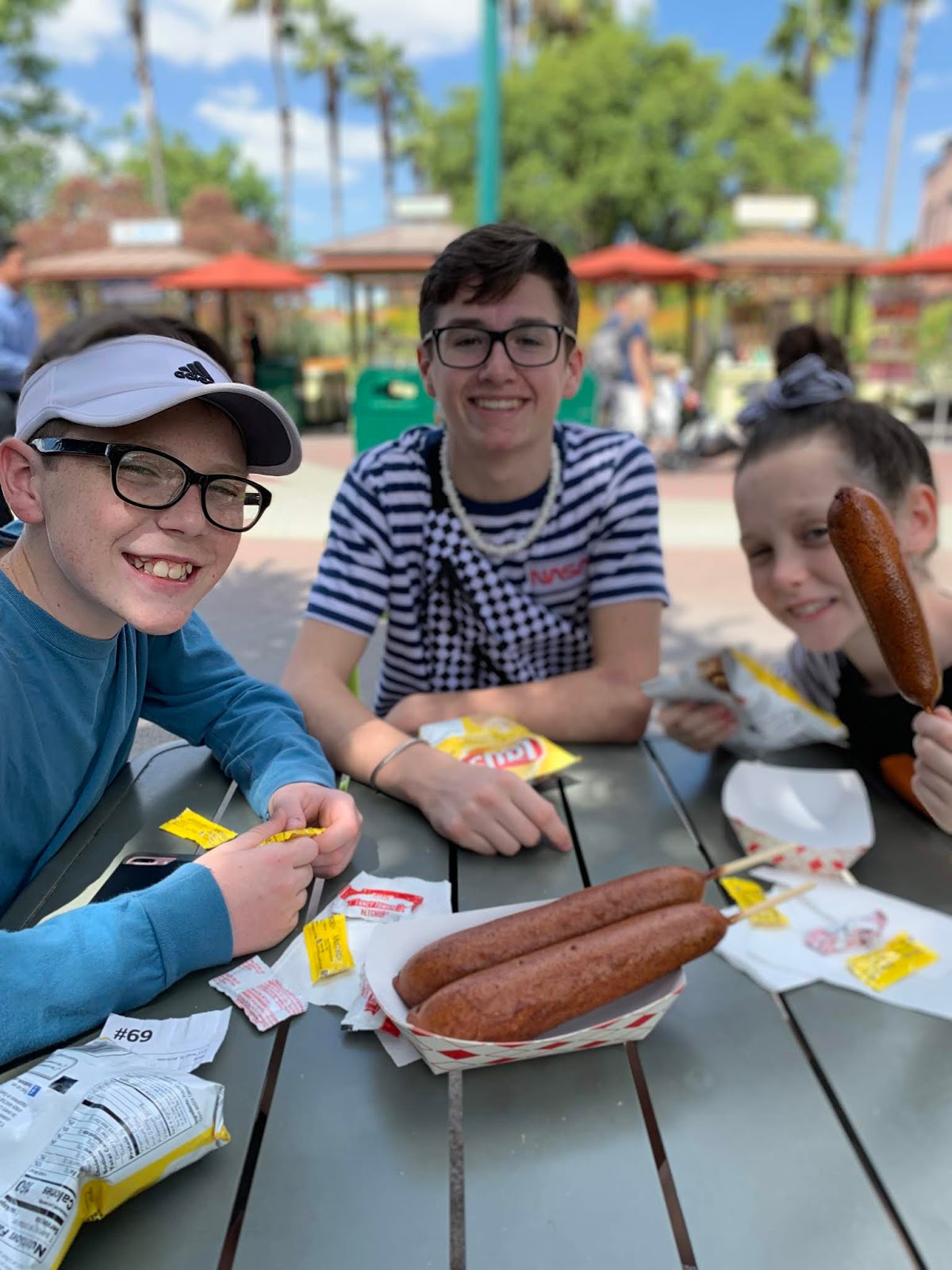 I have to say….I was SO excited when I saw that Downtown Disney sold giant corndogs.

They were NOTHING like the kind sold in Disneyland at the Corndog Cart.
It was a big, fat, disappointment and left the grossest taste in my mouth.  Don’t be fooled by these imitations,
Disney go-ers!
* Once we made it into California Adventure, our first ride was the Grizzly River Run, per the kids request. 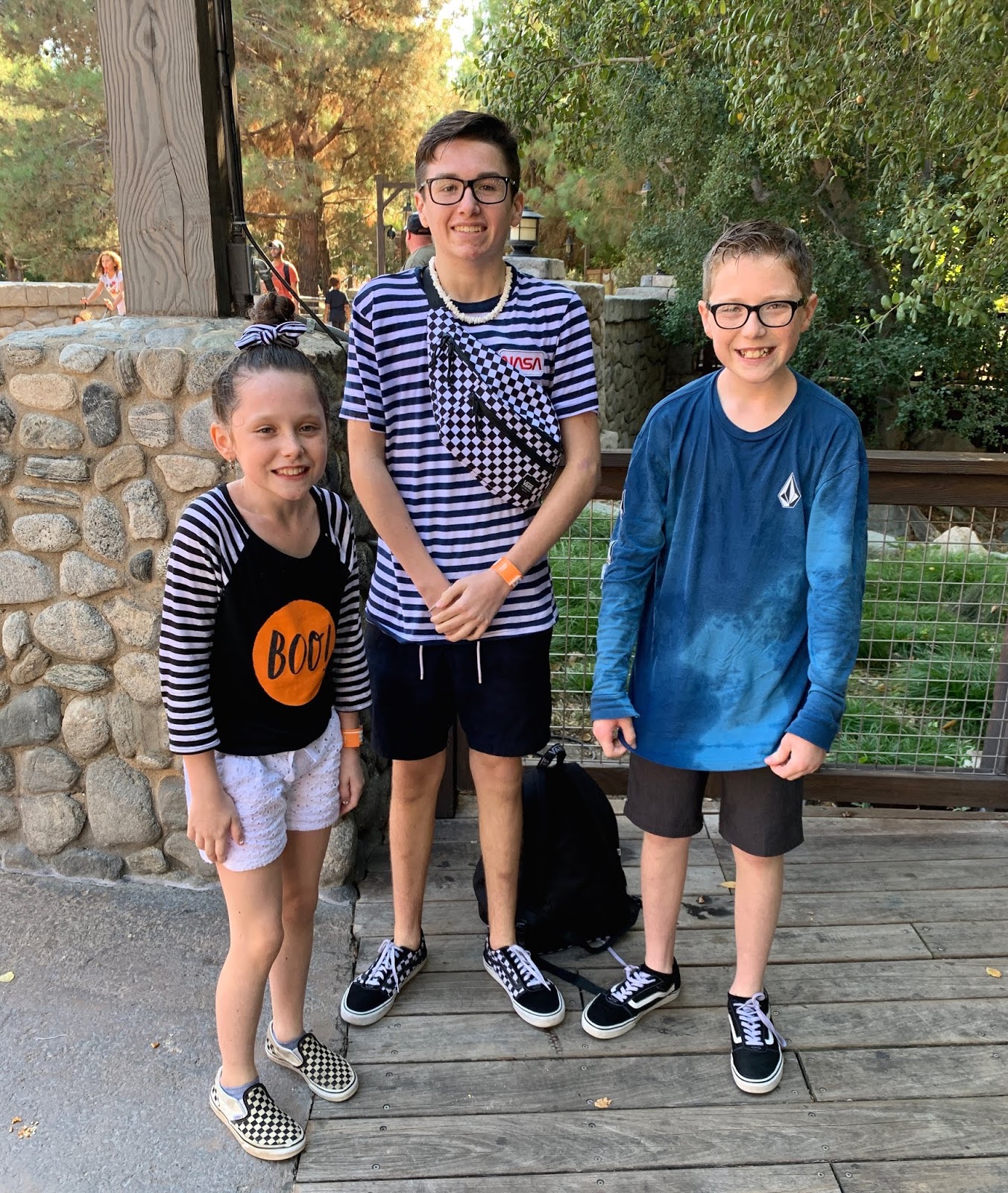 Big mistake.
WE GOT SOAKED!

From there, it was the Incredicoaster (which we proceeded to ride FIVE times throughout the day)… 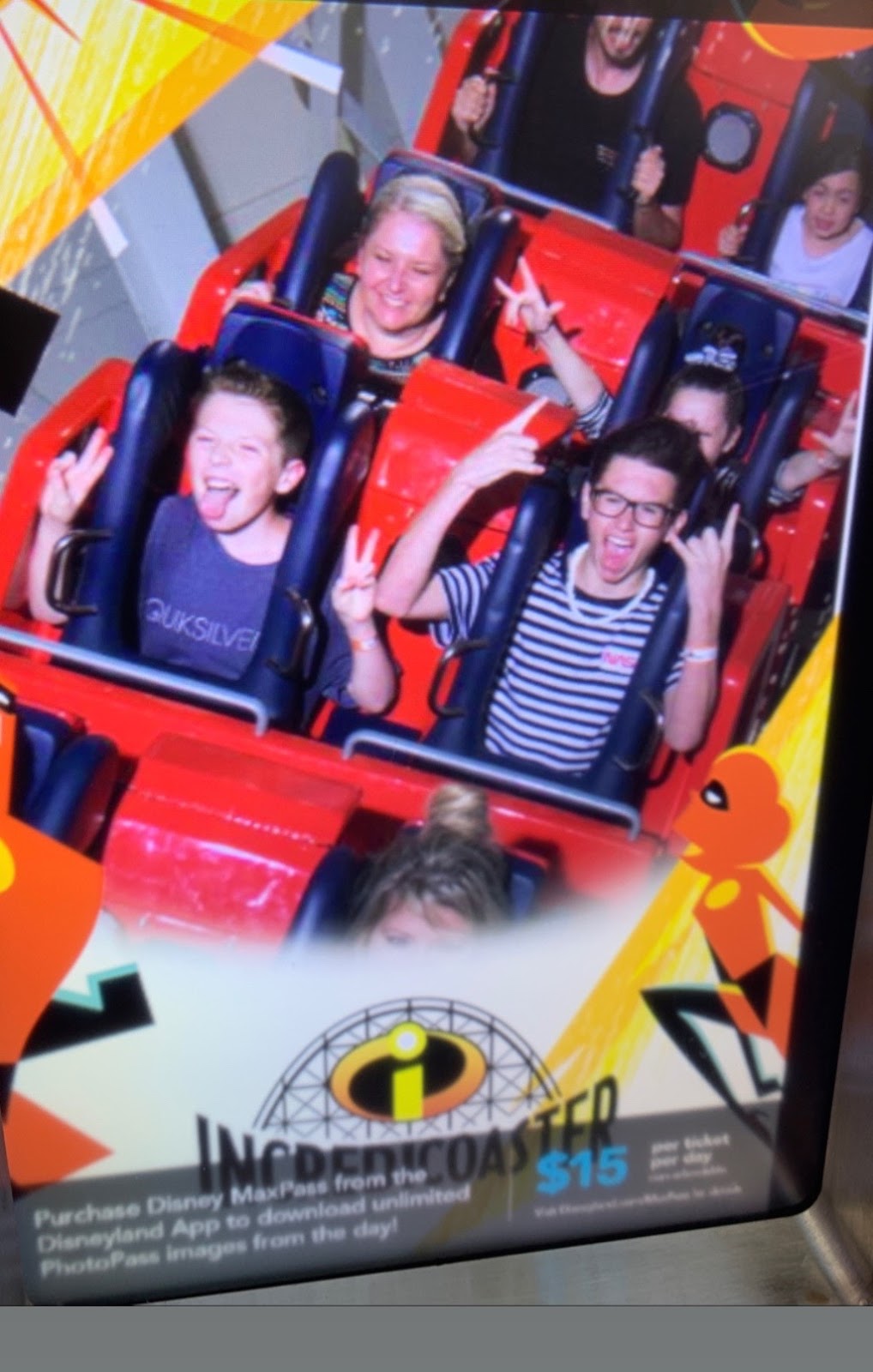 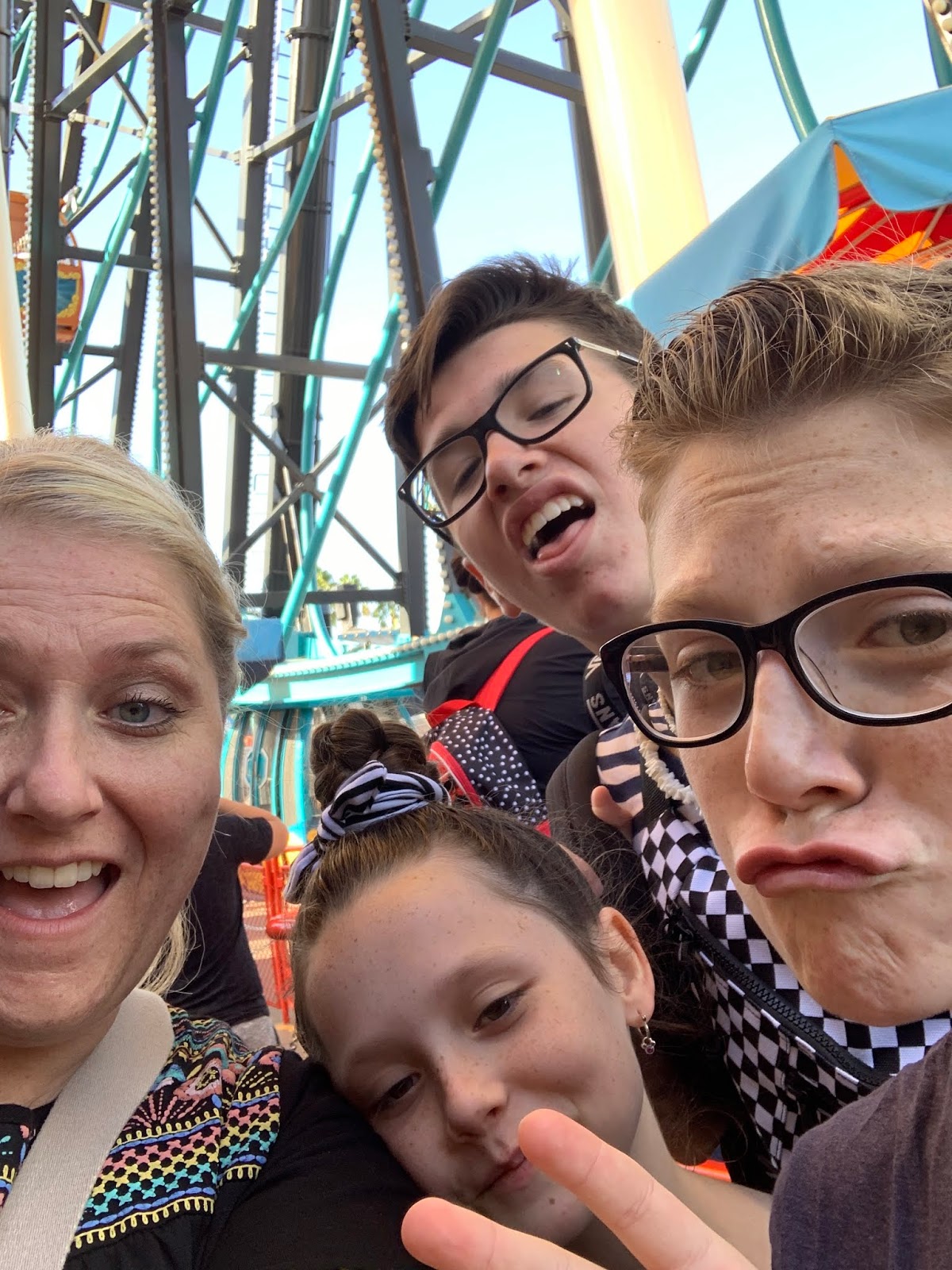 The NEW Inside Out ride (super cute!)… 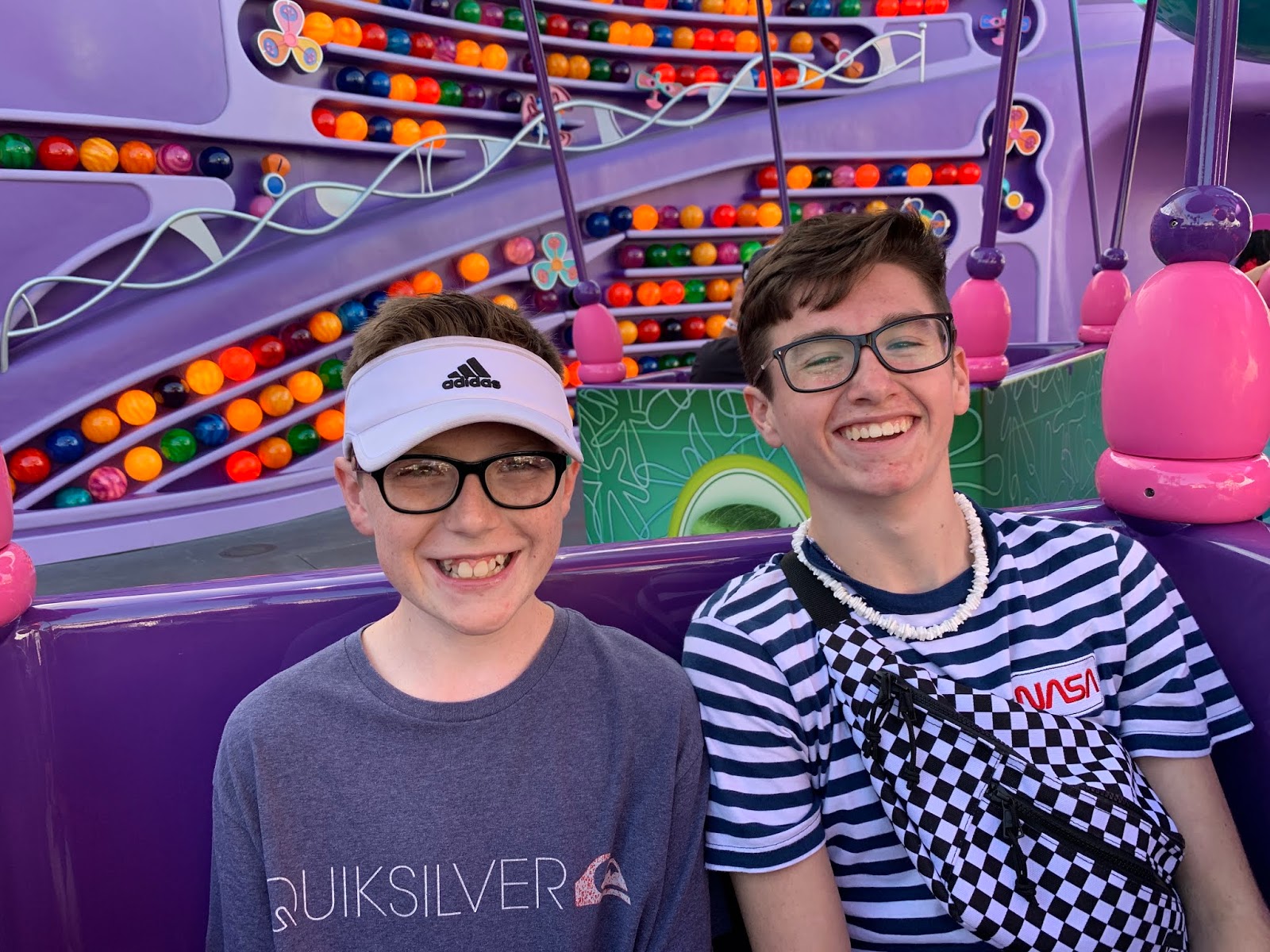 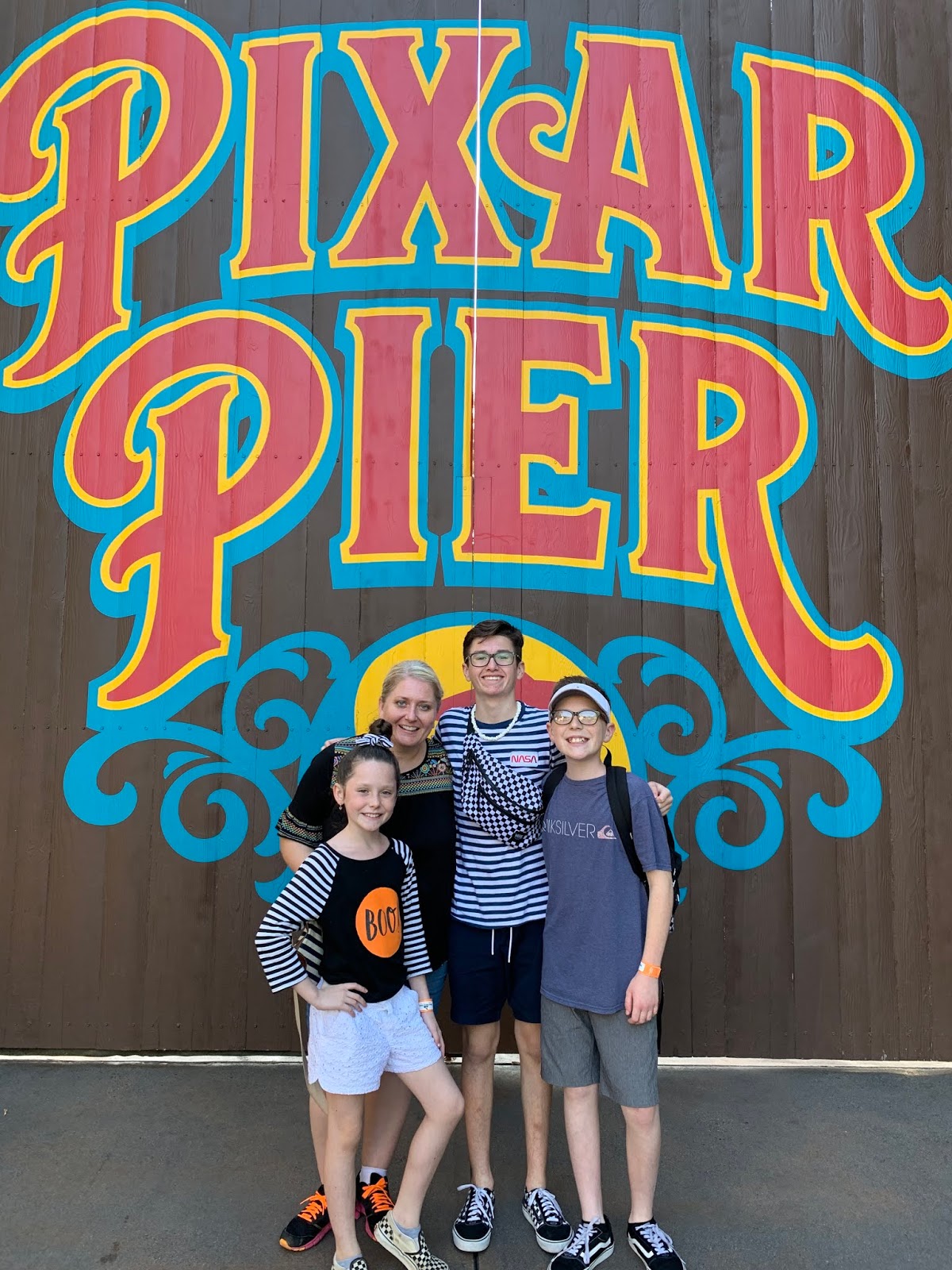 And dinner at our FAVORITE place in the park –
Flo’s V8 Cafe. 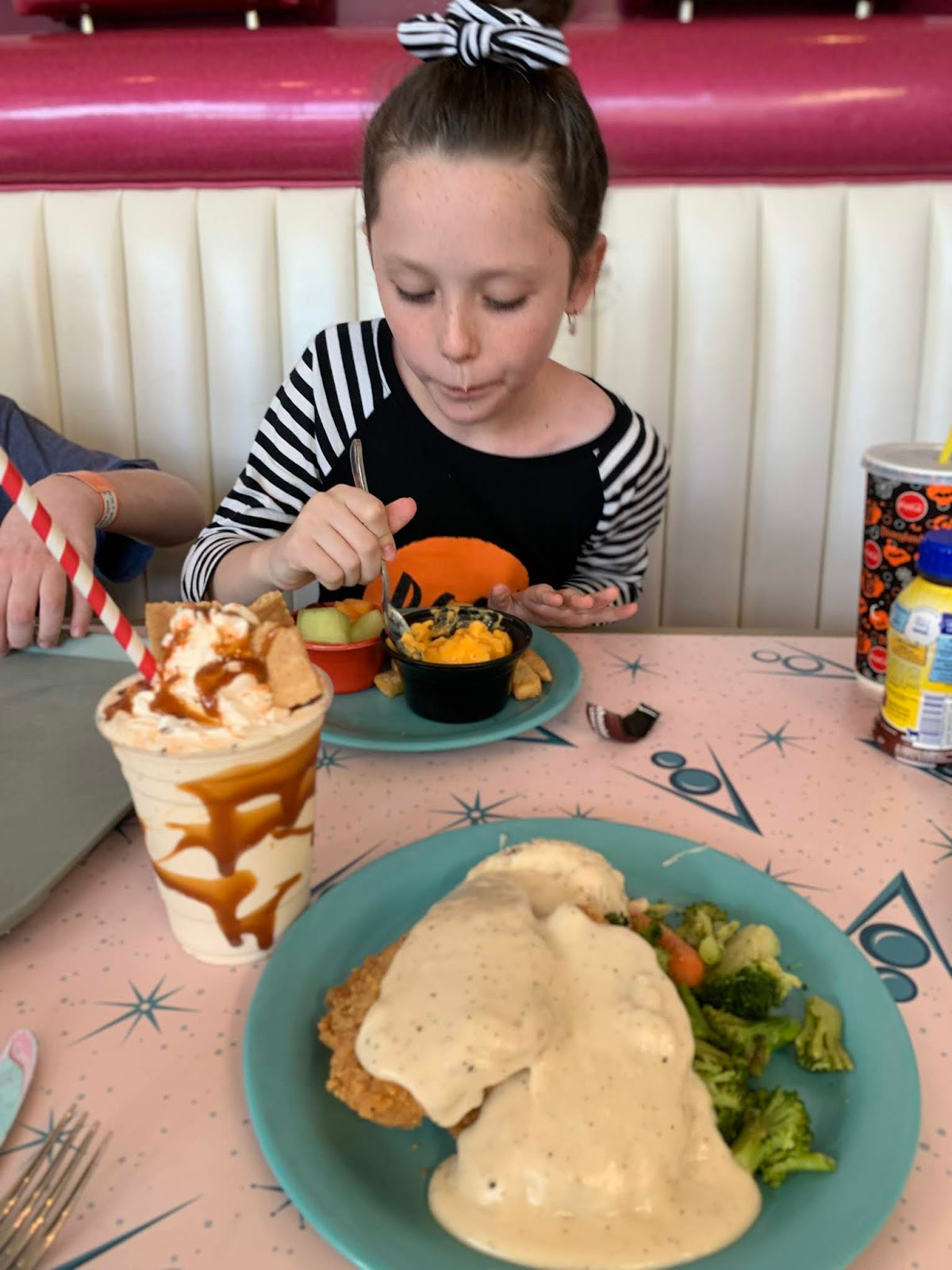 Their pumpkin shake was a HUGE hit!! 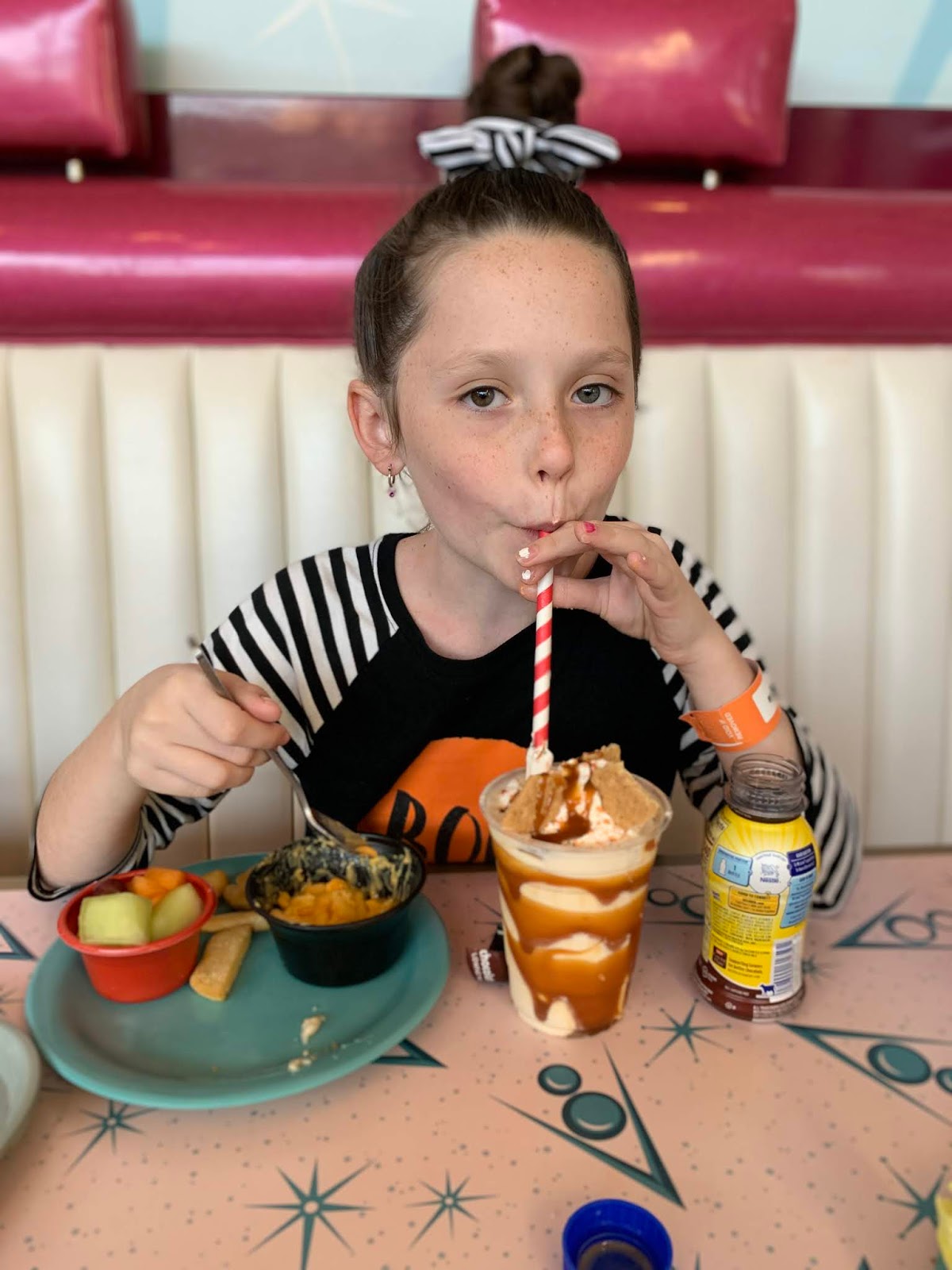 We LOVE Cars Land so, so much! 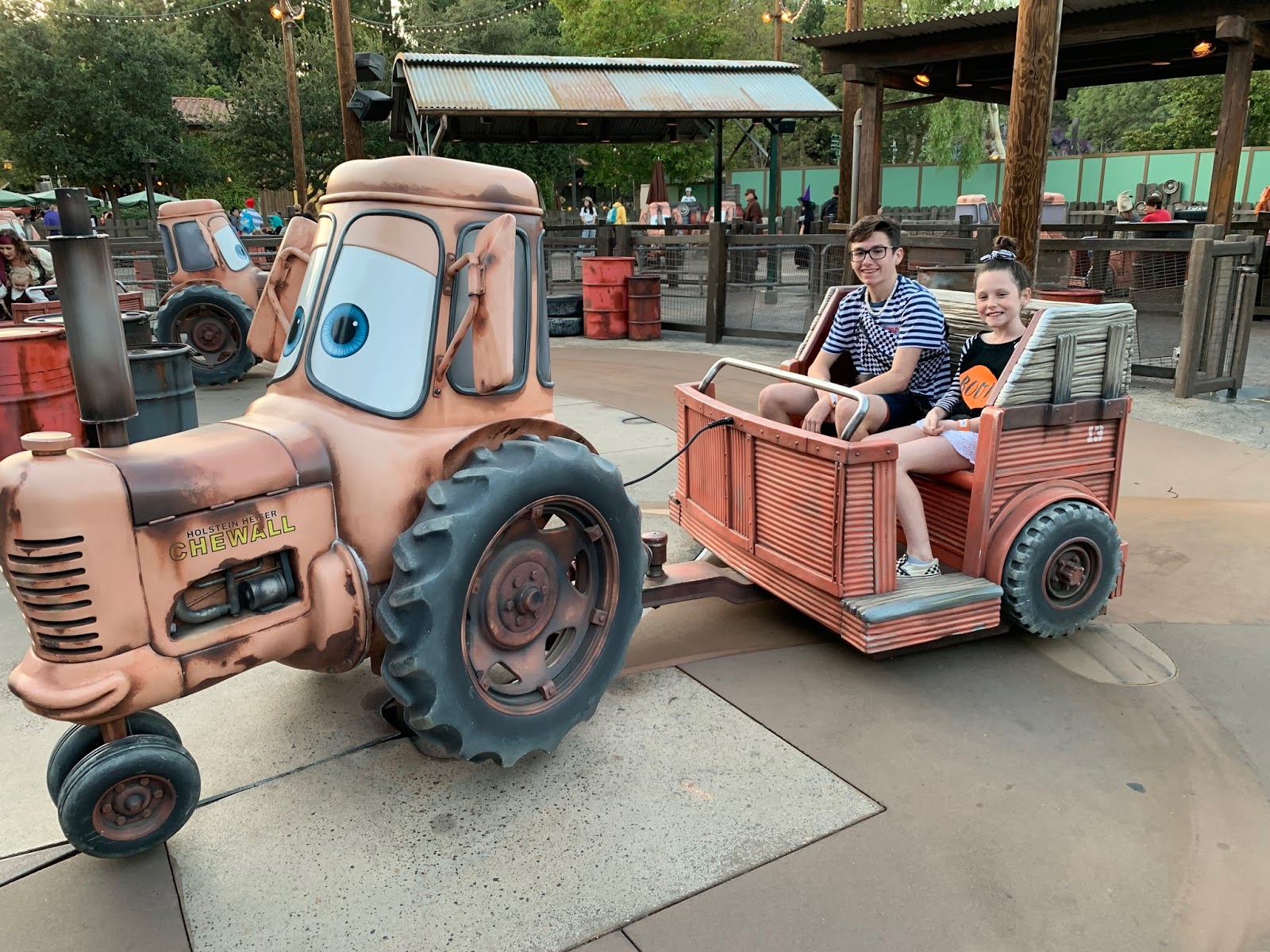 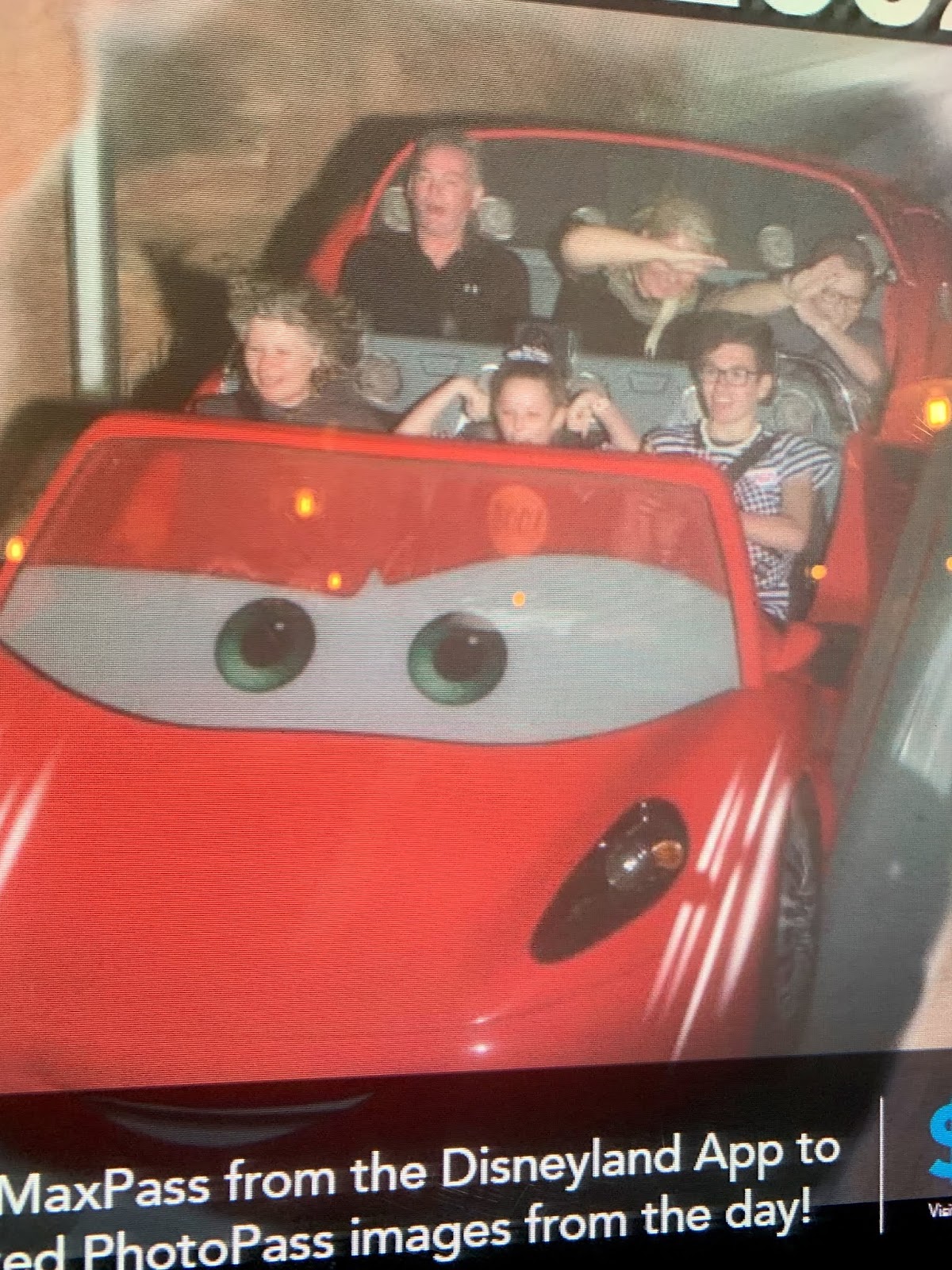 We laughed so hard over this pic.

#1.  Apparently I don’t know how to ‘dab’ correctly.
#2. The random strangers who had to ride with us. 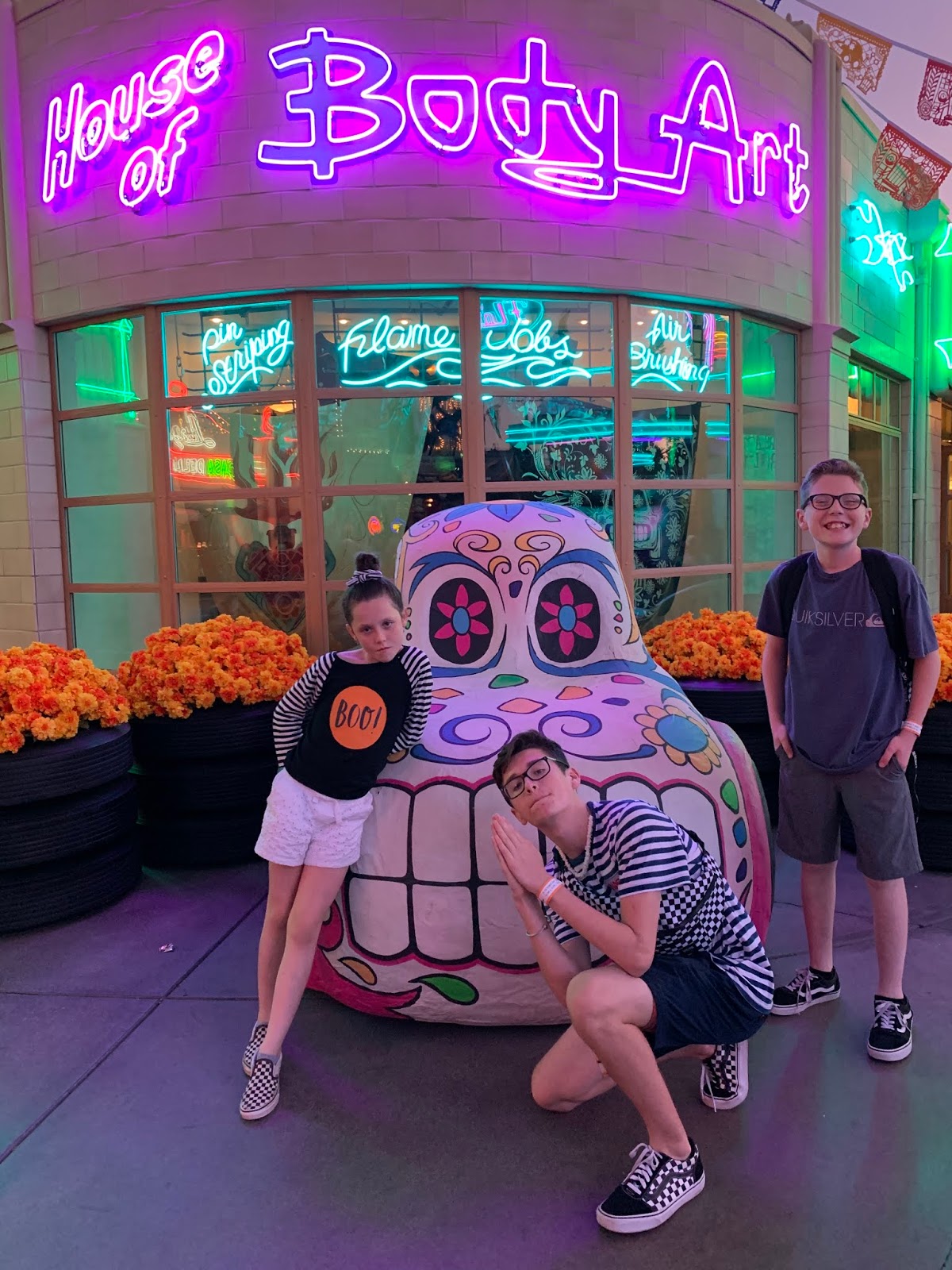 I have to say…this Halloween party might’ve been our best one yet! We’ve gone to these parties since the kids were teeny.  They’ve LOVED dressing up in their costumes in the past for it and LOVED seeing all of the characters dressed in their own Halloween costumes as well. 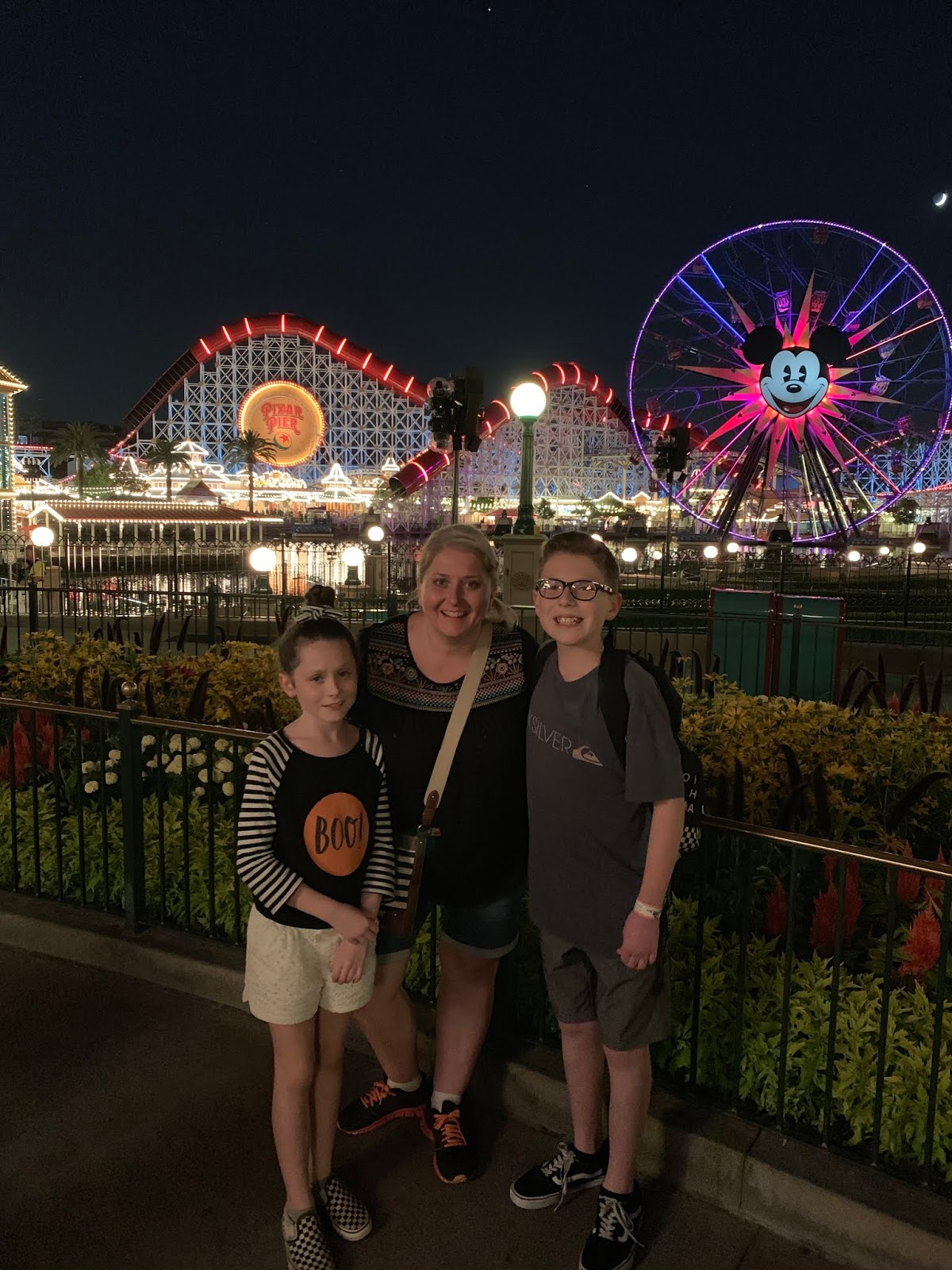 (I did have to beg them once or twice to at least go to a few stations just so I could get my fill of peanut butter M&Ms.) 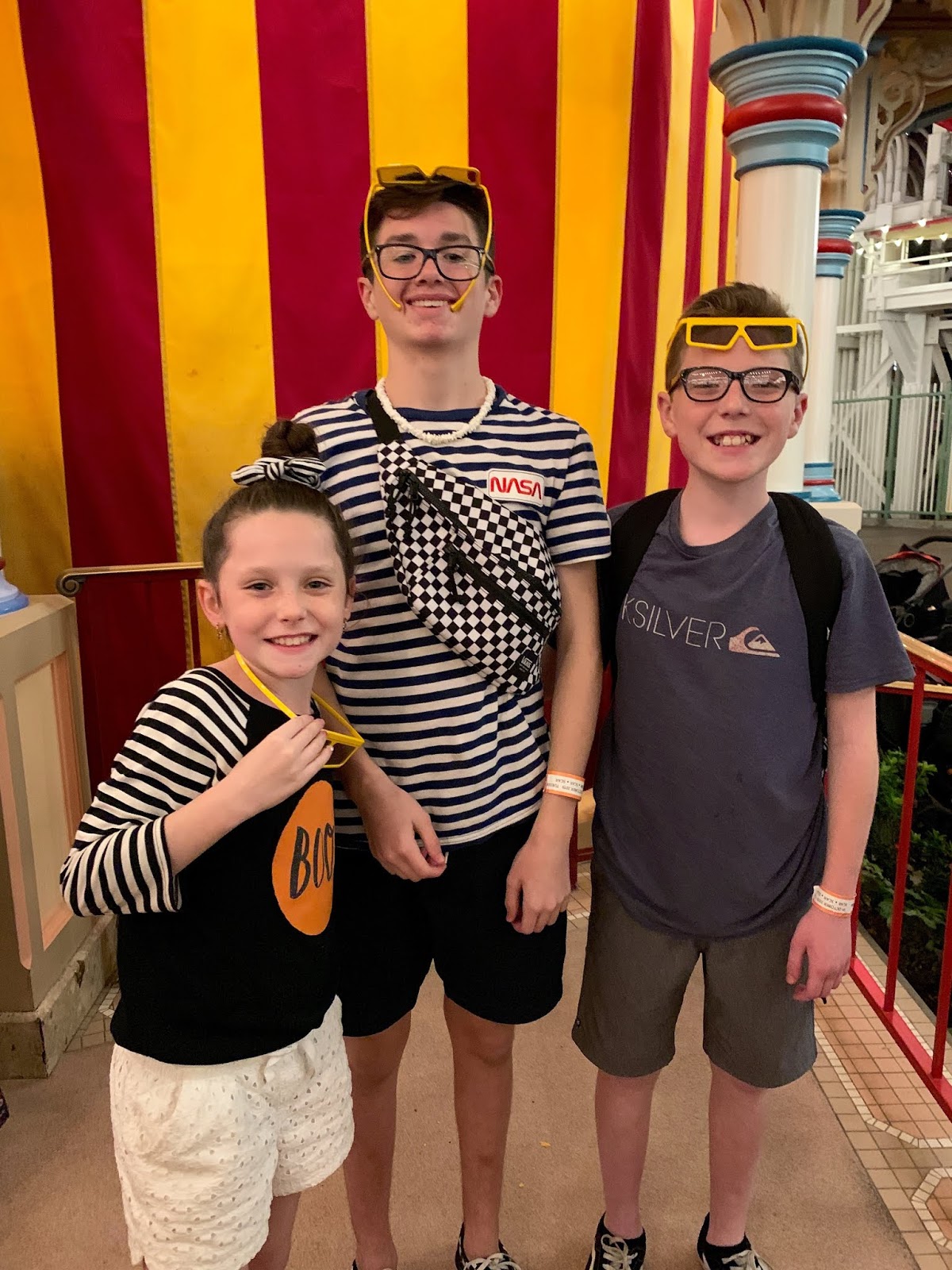 This was all GREAT for us because…..
THERE WERE NO LINES AT ANY OF THE RIDES!!! 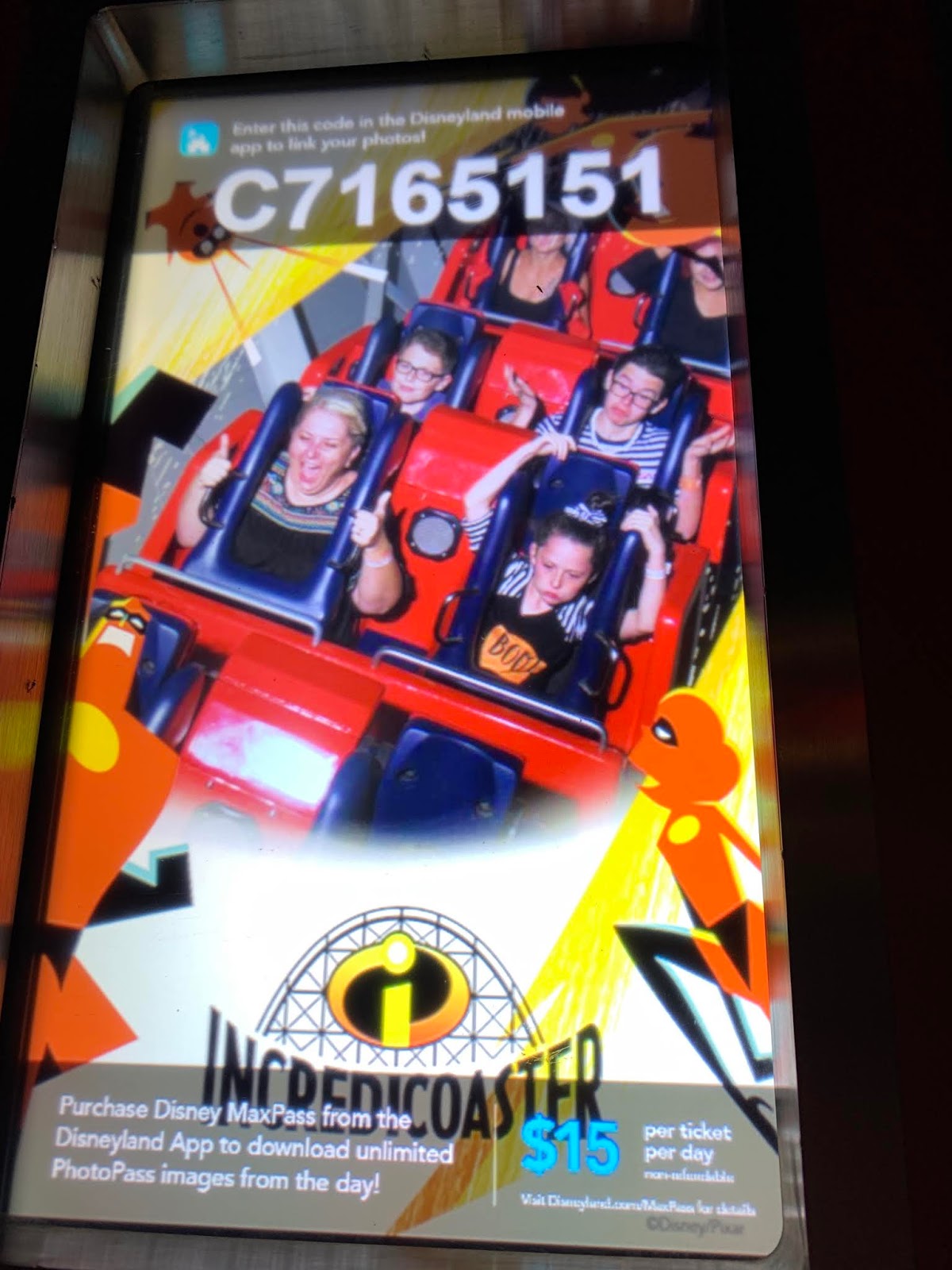 The Halloween party at Disney is worth every penny if you ask me.  The park becomes WAY less crowded and for older kids who just wanna ride rides, we really did hit the jackpot!!