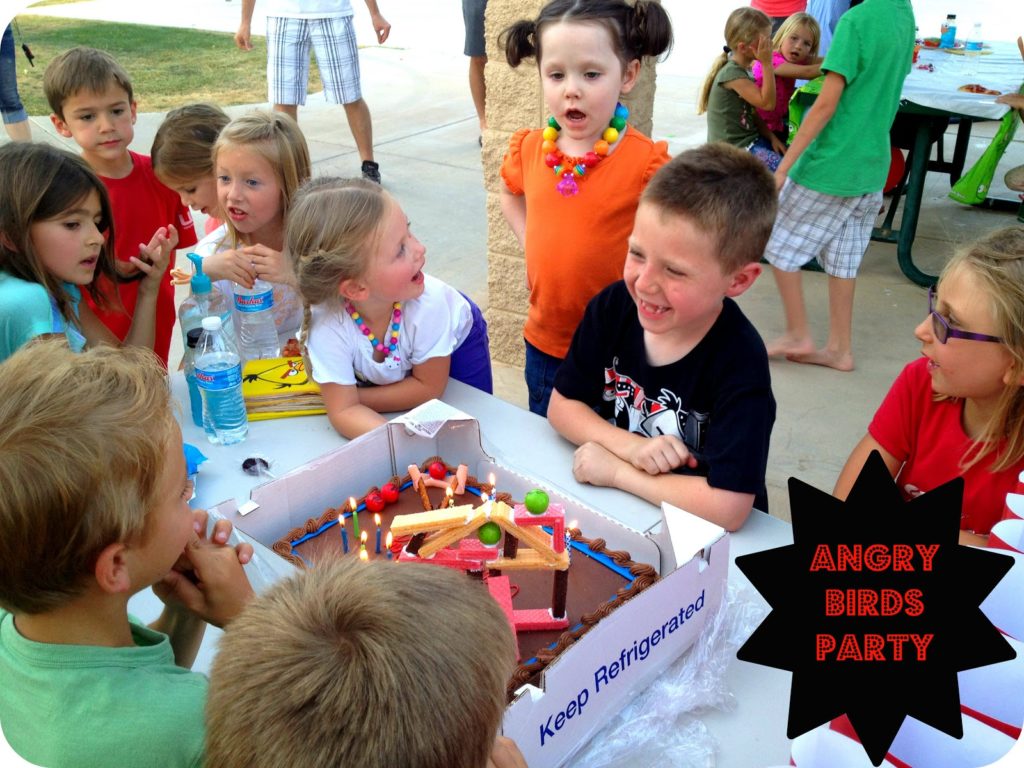 A couple of weekends ago we threw an ANGRY BIRDS themed
BIRTHDAY PARTY for Carson and his buddy Cameron.
{They both have the same exact birthday.  They go to church together and are in the same school class together.  How could we resist?}
Cameron’s mom and I went in on everything….she did half the work, I did half the work….and it worked out PERFECTLY!
Here are some of the crazy fun details: 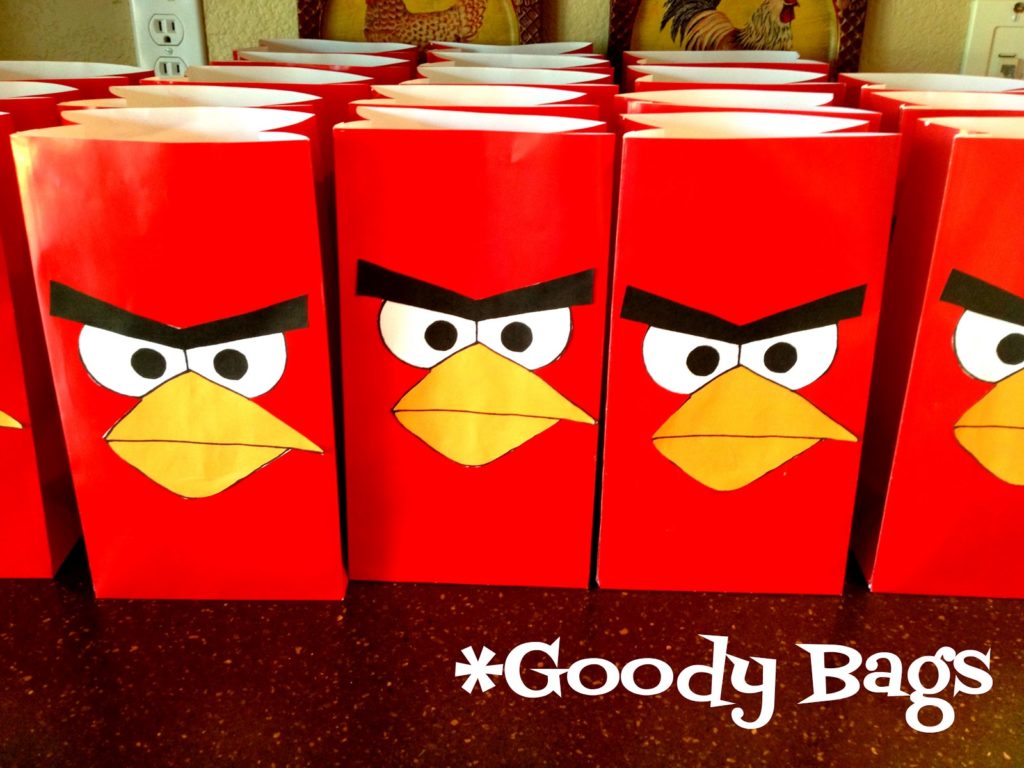 I purchased red paper sacks at Hobby Lobby.
Printed off THESE printables {had to scale them down slightly first}.
Cut them out and glued them right on front.
Easy. Peasy.
Here’s what I included in there: 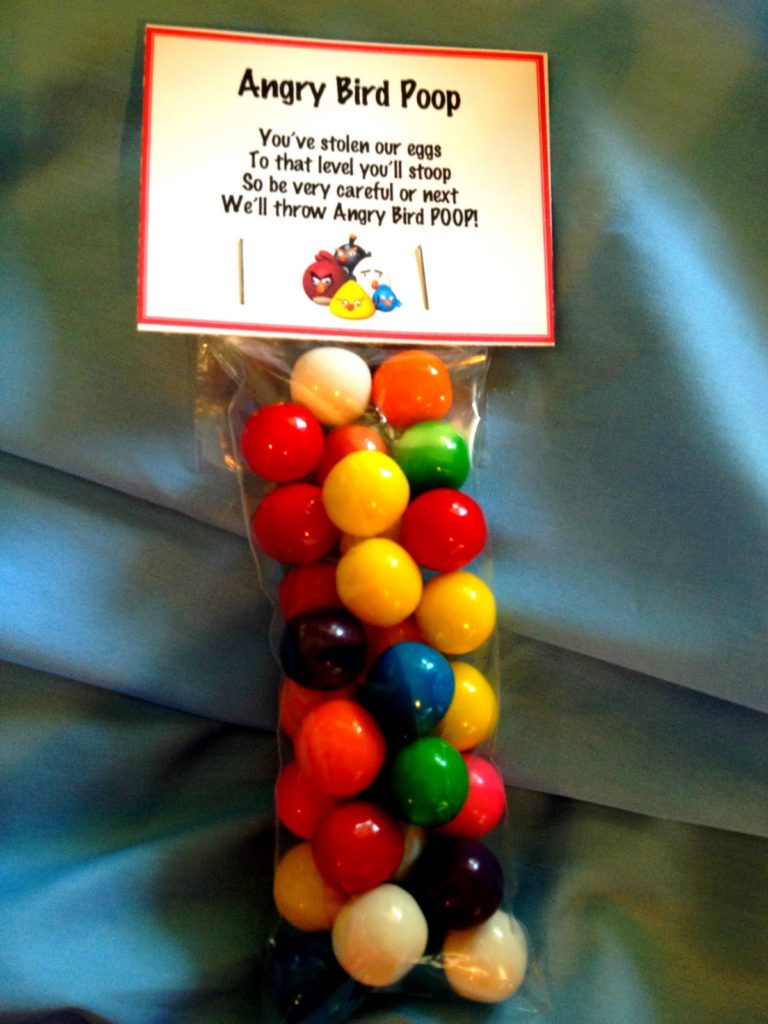 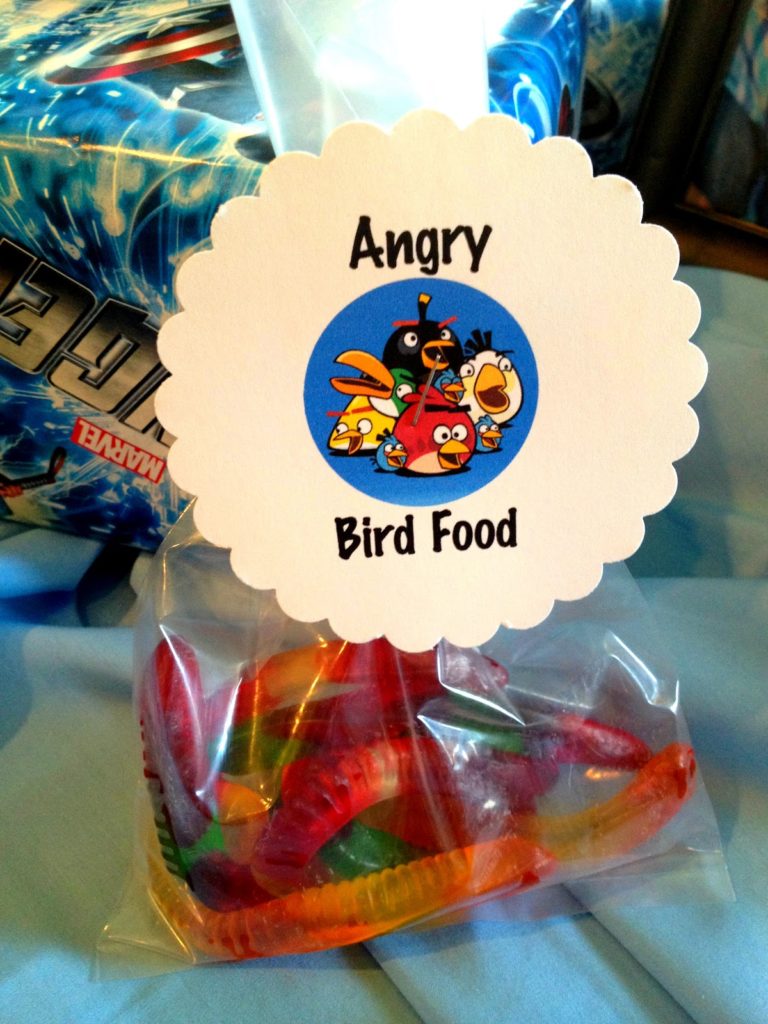 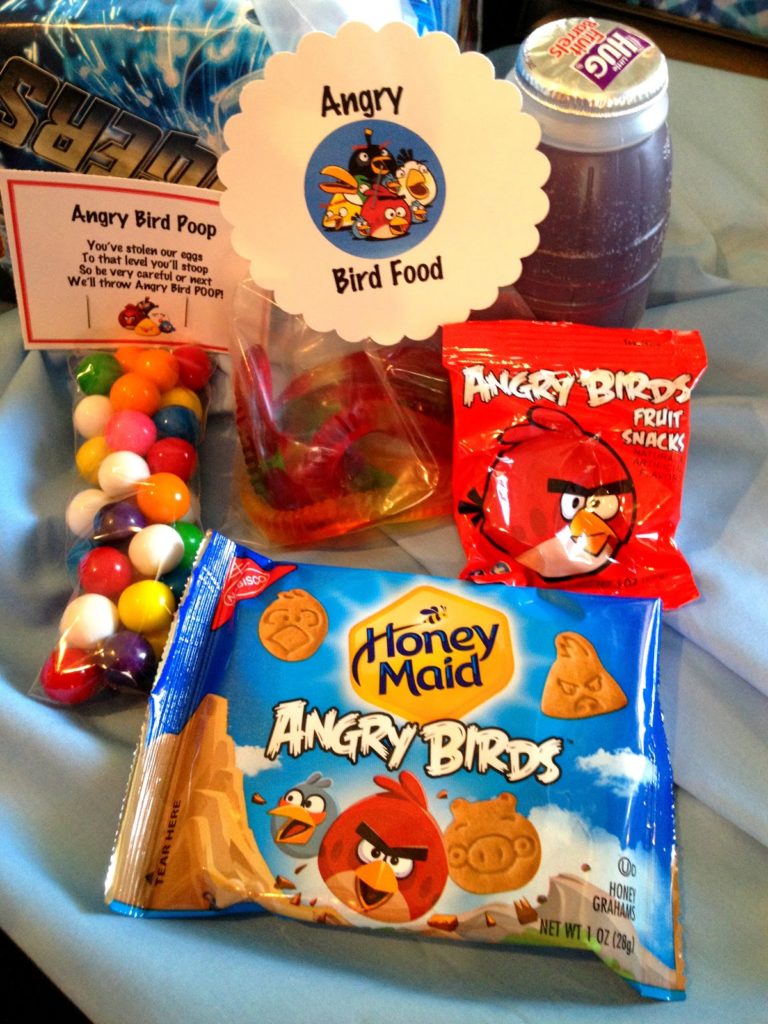 Fruit snacks, graham crackers and drinks were found at Wal-mart.
{I had high hopes of doing something cute with the ‘barrel drinks’ and making a label that said ‘bird bath’ or something to that effect.  Alas…I ran outta time.  And energy.  Sigh.} 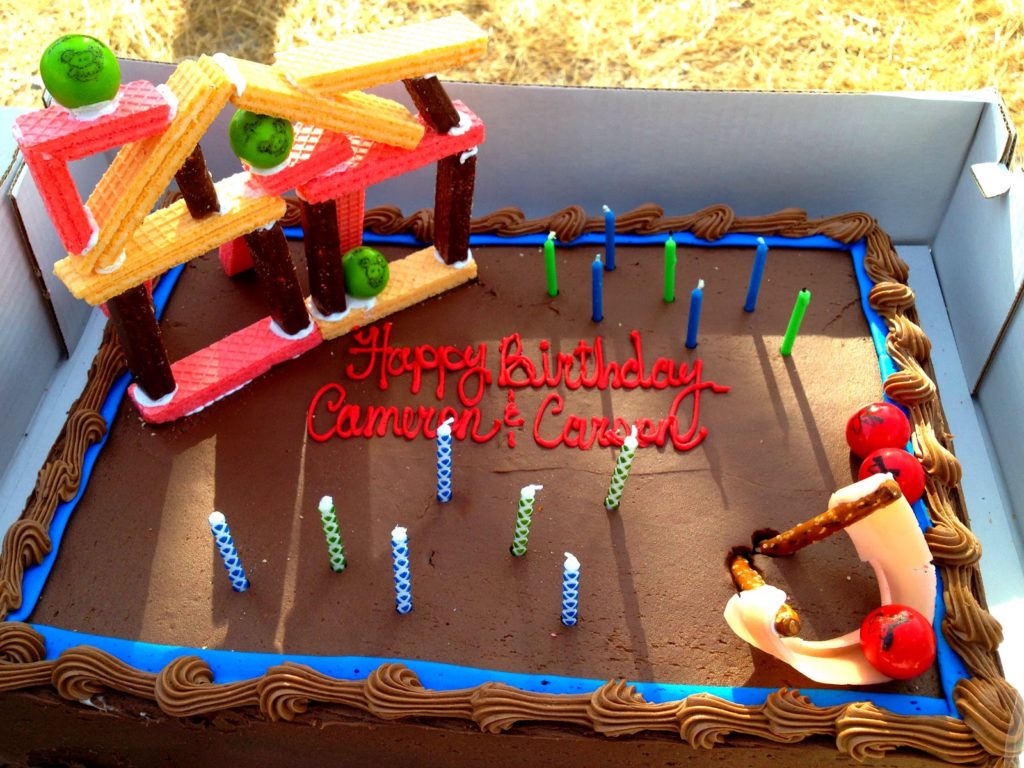 My friend made the cake.
Isn’t it darling?
We purchased a regular sheet cake from Costco and had them write the Happy Birthday part on it.
She added all of hte Angry Bird details.
She used those wafer cookies, an airhead, Kit-Kats and then she even drew Angry birds faces onto the gumballs with edible ink.
C-L-E-V-E-R!
As for dinner we served: pizza, watermelon and drinks.

For the drinks I purchased mini gatorade bottles.
Took off the labels.
Printed out THESE labels….cut and taped em right on front.
The games were made up by my friend and they were a HUGE hit.
HUGE! 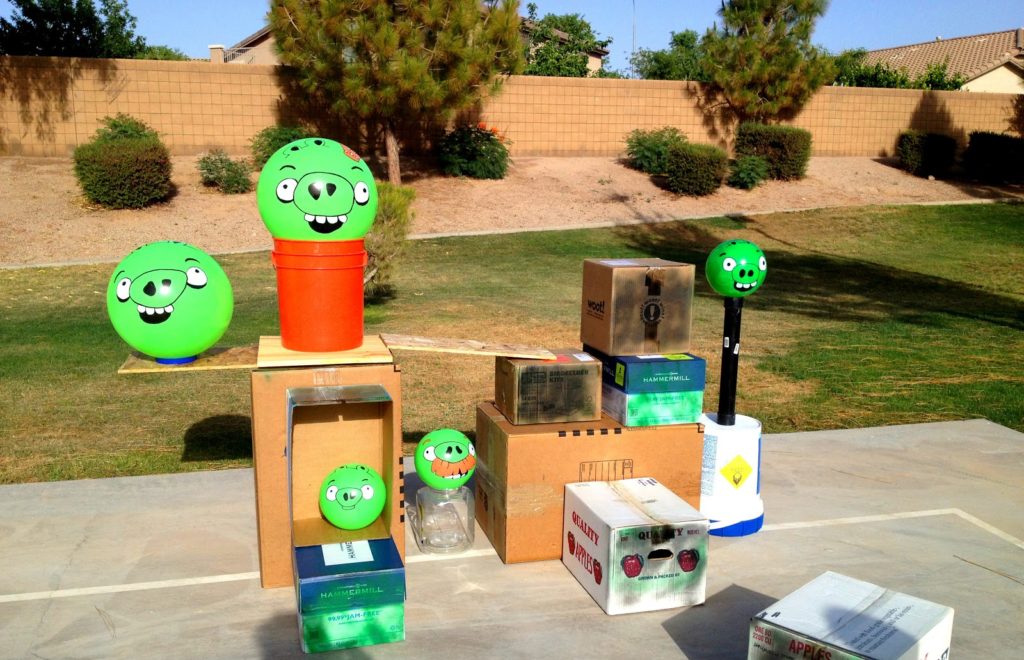 She found green rubber balls and her husband painted on the piggy faces.

The kids seriously had a BLAST trying to knock them down. 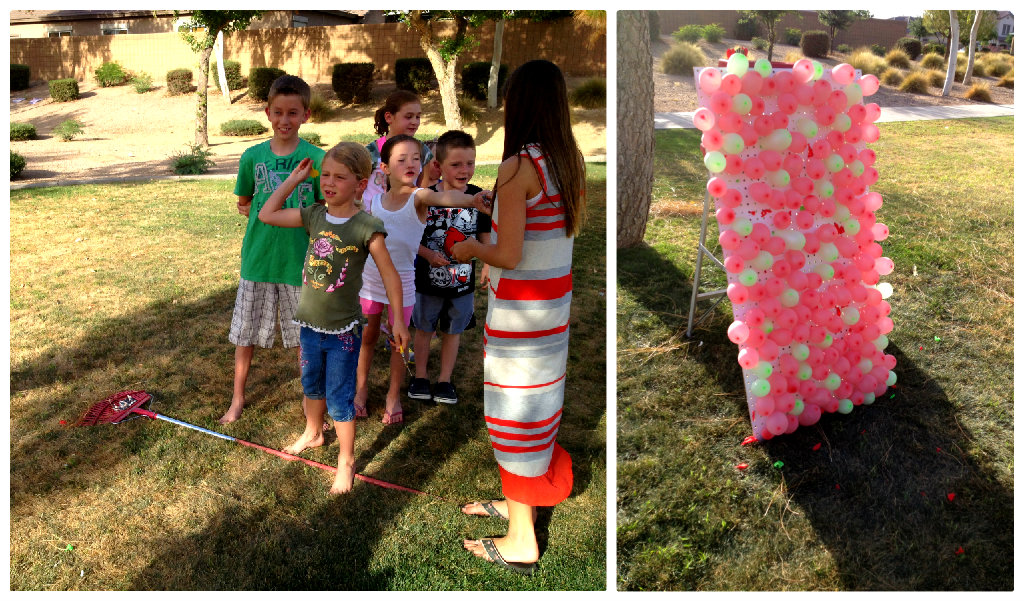 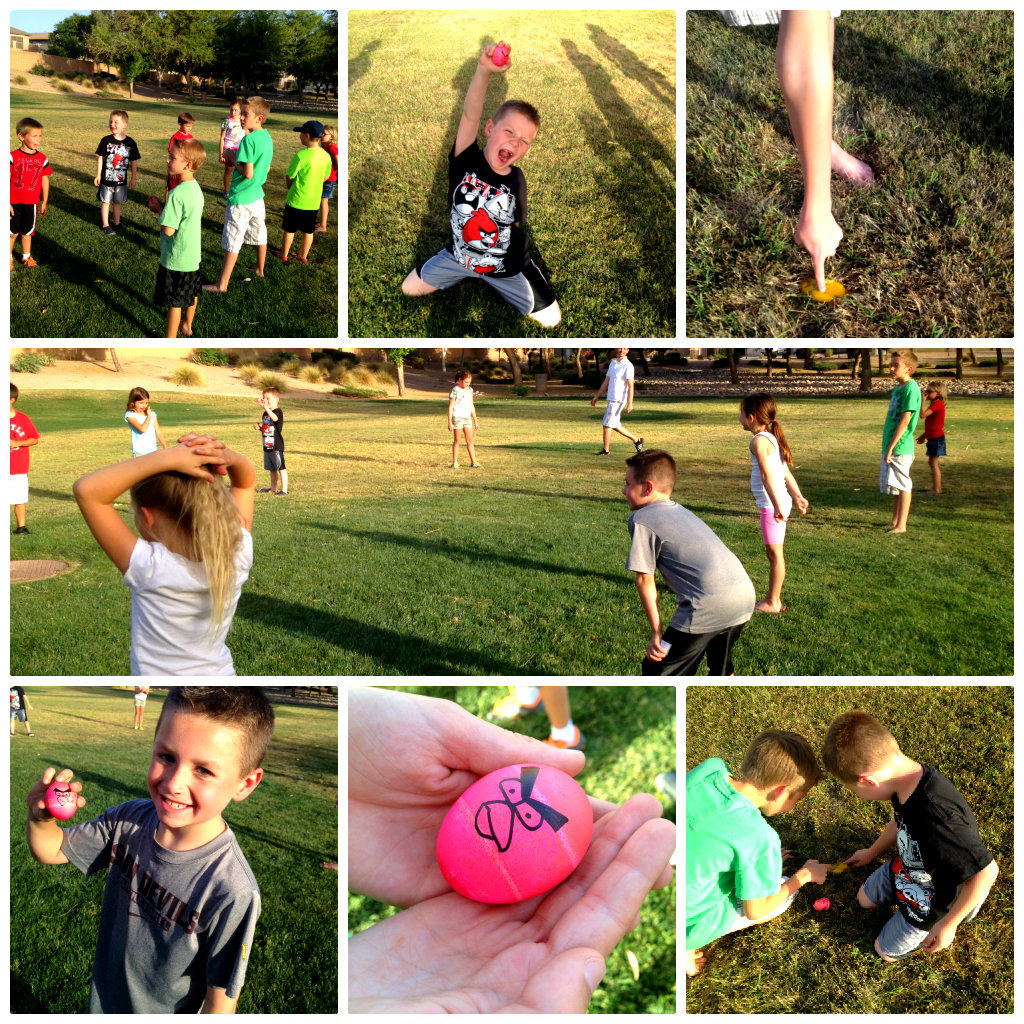 I’ve come to learn that kids just LOVE old fashioned games.
Like the egg toss.
They had such a ball passing these Angry Birds Eggs.
She took raw eggs, died them red and drew their faces on with marker.
The kids {of course} started close and then each round took one step back.
{We had lots of hand sanitizer ready to go
for when the eggs broke.  Smile}. 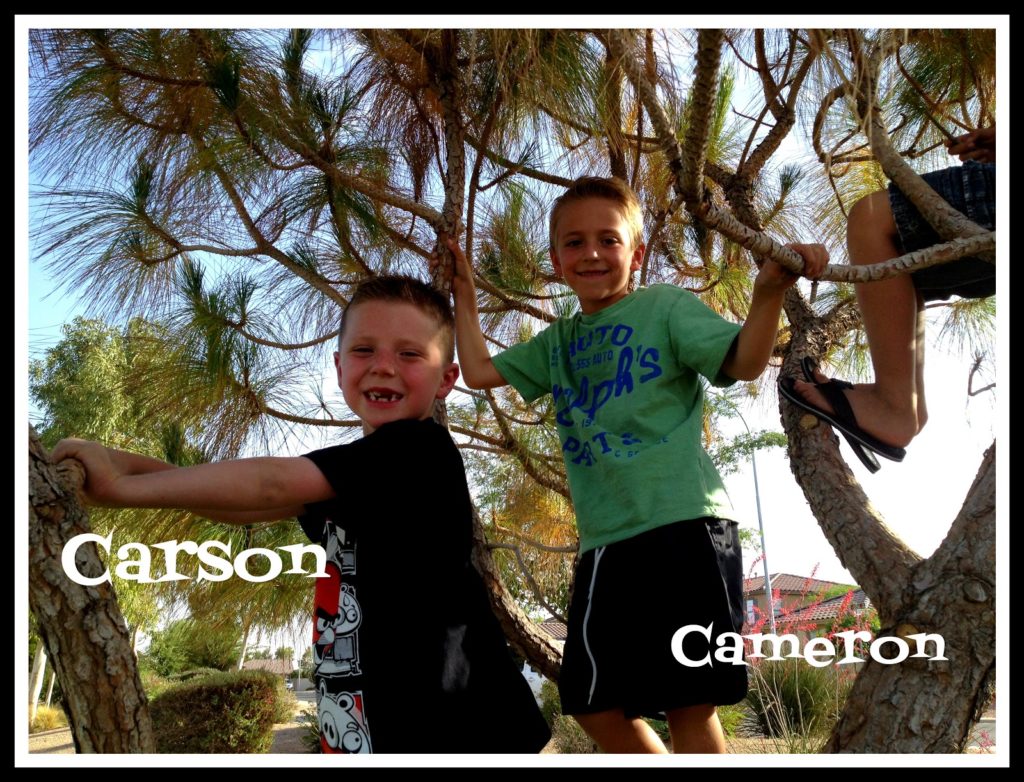 The Birthday Boys were pleased as punch with how it all turned out and so were their mommas!
Oh yeah…and did I mention that we held it at the park right in between our houses?
Best idea of all.
No messsy houses and the clean up was minimal!