London and I spent most of the day in the kitchen on Friday making orange rolls. 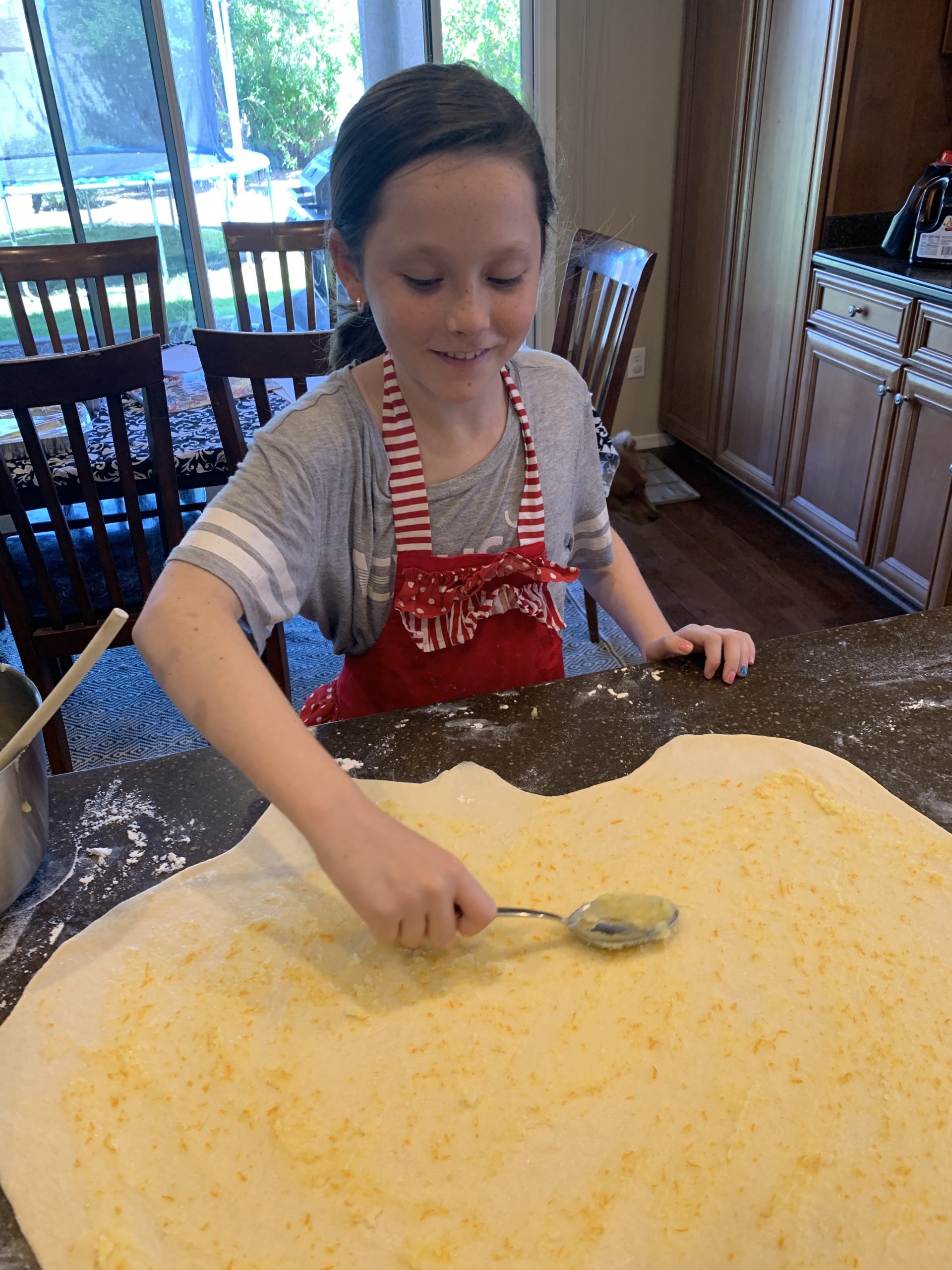 I just love that she loves to cozy on up next to the counter whenever I bake. I have such vivid memories of myself doing that with my own mom when I was a kid.  I learned so much from her, just by watching. 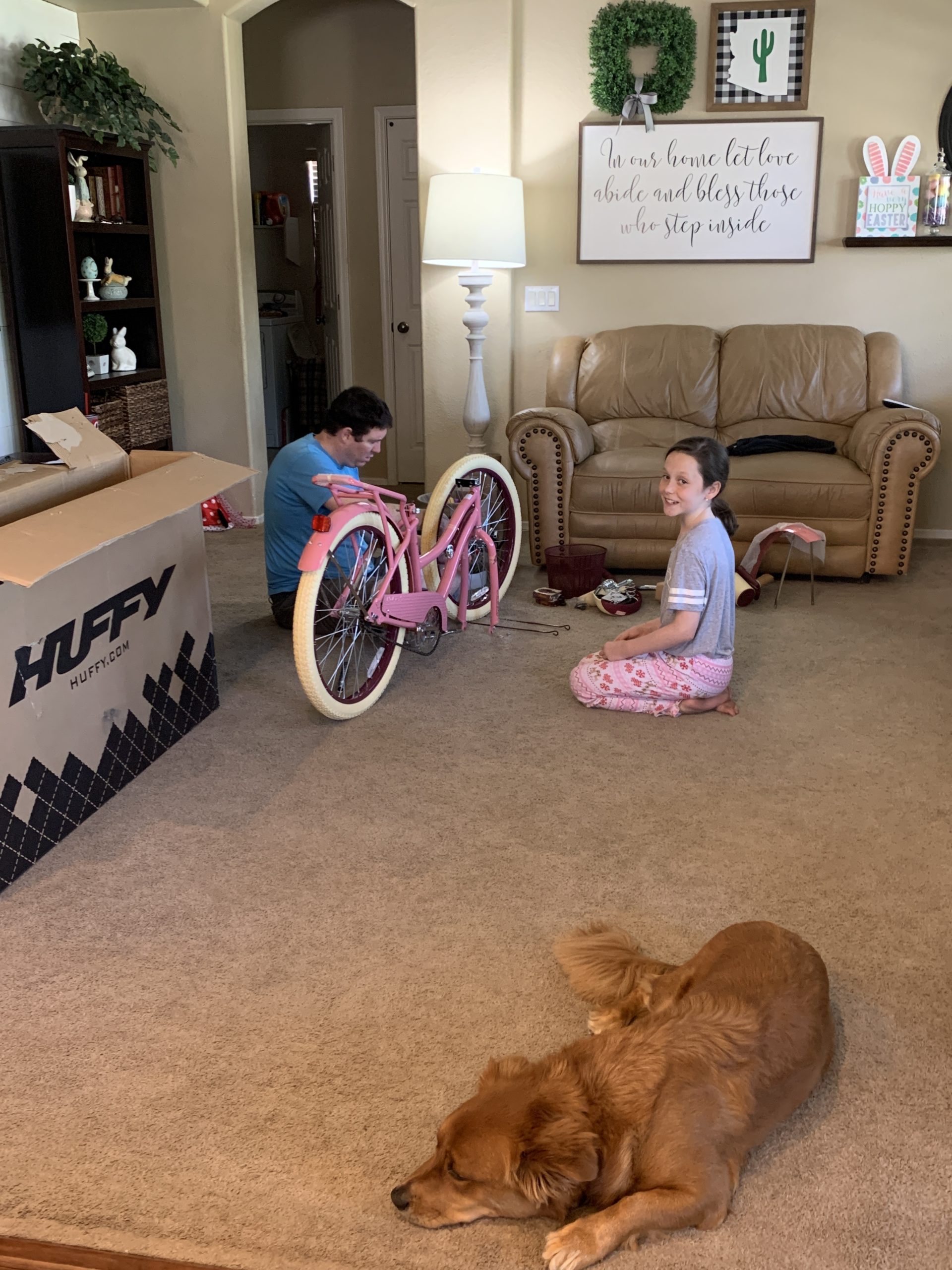 Meanwhile, Joe put together London’s brand new beach cruiser that had finally come in the mail!  To say she was excited is an understatement!  Now I just need to find myself a bike so that we can go on bike rides together arond the neighborhood before it gets too hot here! 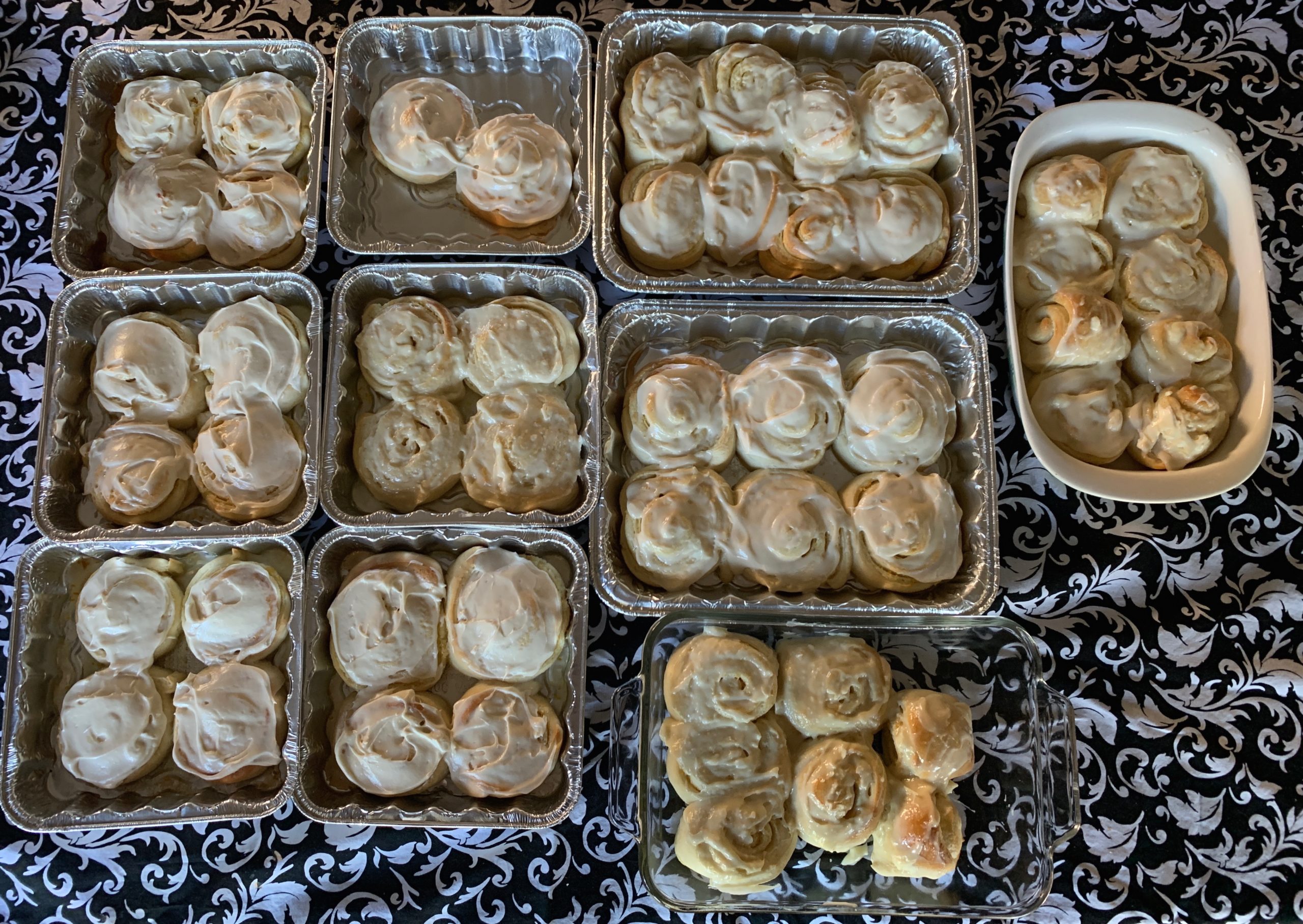 We also got some popcorn {for only $2 at Winco!} and tied those up to deliver as well! 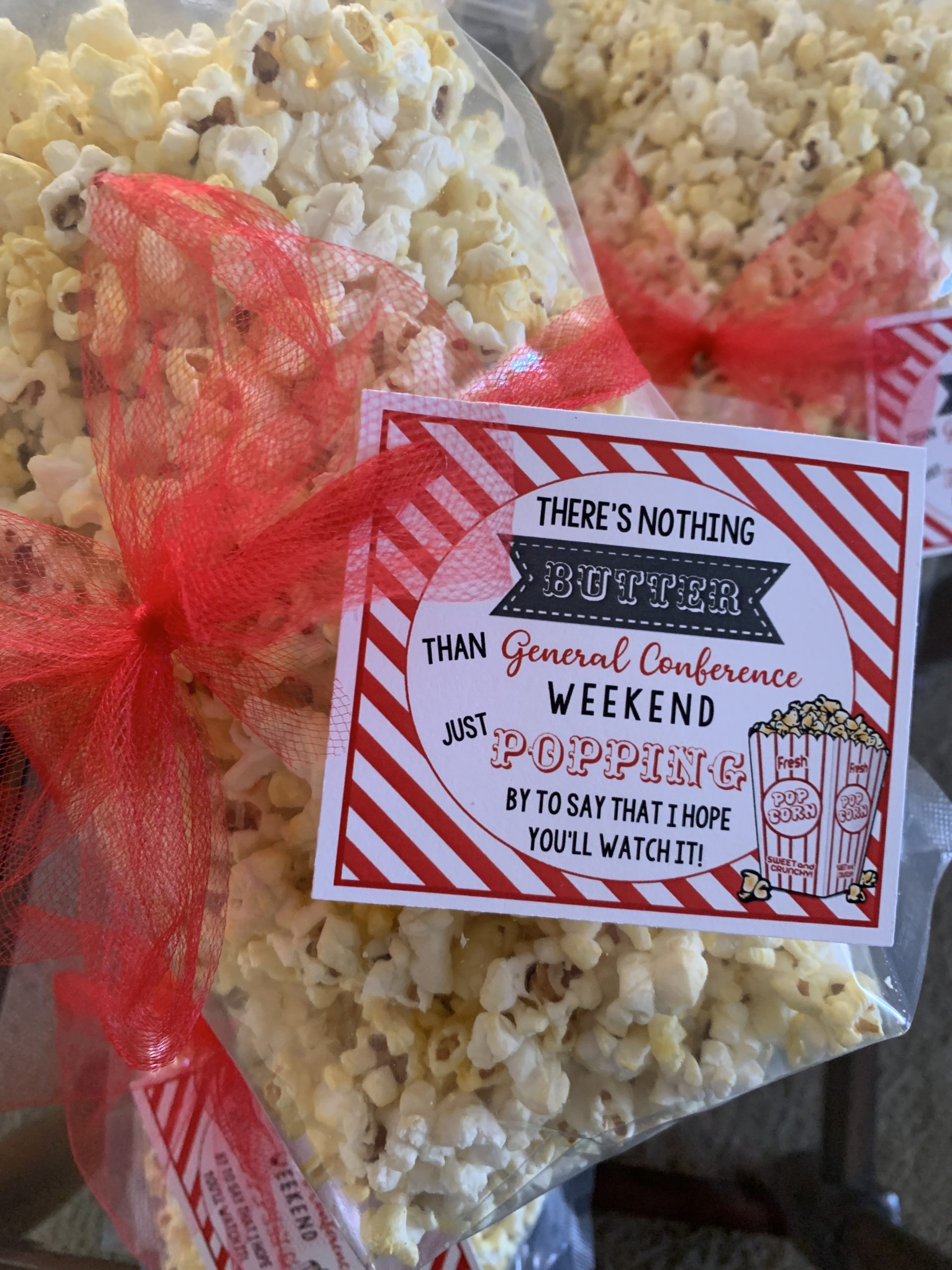 We were probably in our car at least 3 hour making doorstep drop-offs.  It made my heart happy.  It was so fun to be able to chat with people we hadn’t seen in a while from our car windows. 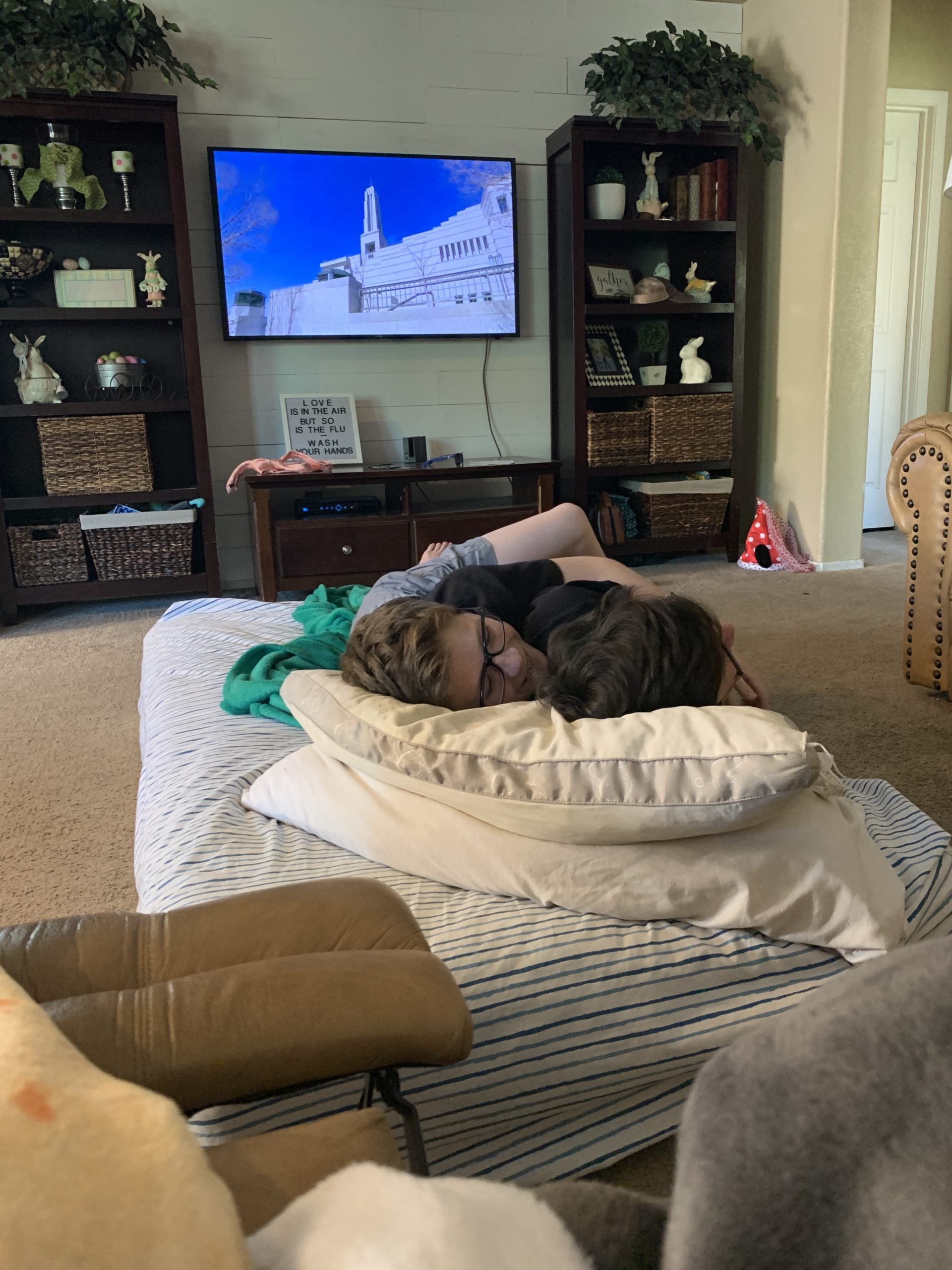 The kids took turns spooning one another on the twin sized mattress Carson brought downstairs.

I wish everyone in this world had had the opportunity to listen to the words spoken at this conference.  It was so good for my soul.  One of my favorite quotes was this one… 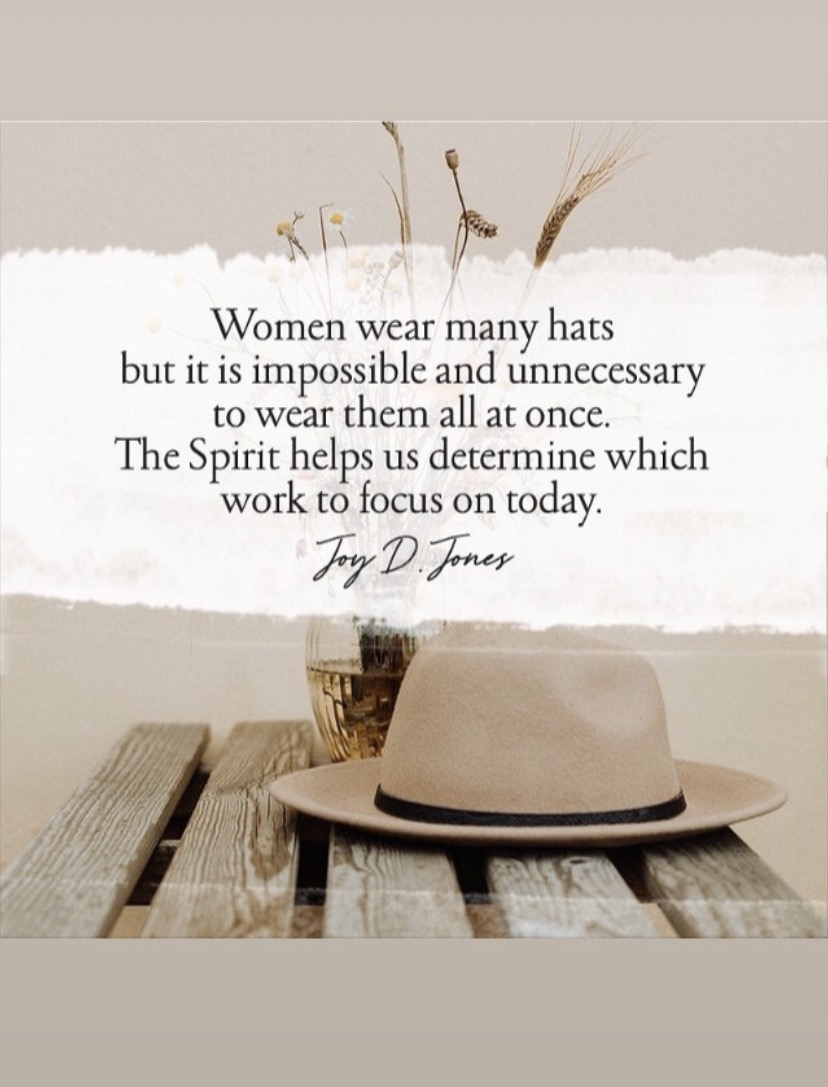 A-MEN! Who else needed that message with all of the craziness of being a mom, school teacher, chef, PE teacher, etc. latley?

In between conference sessiosns, my sister had organized a fun little birthday parade for my cute niece Hayley who was turning 19!! 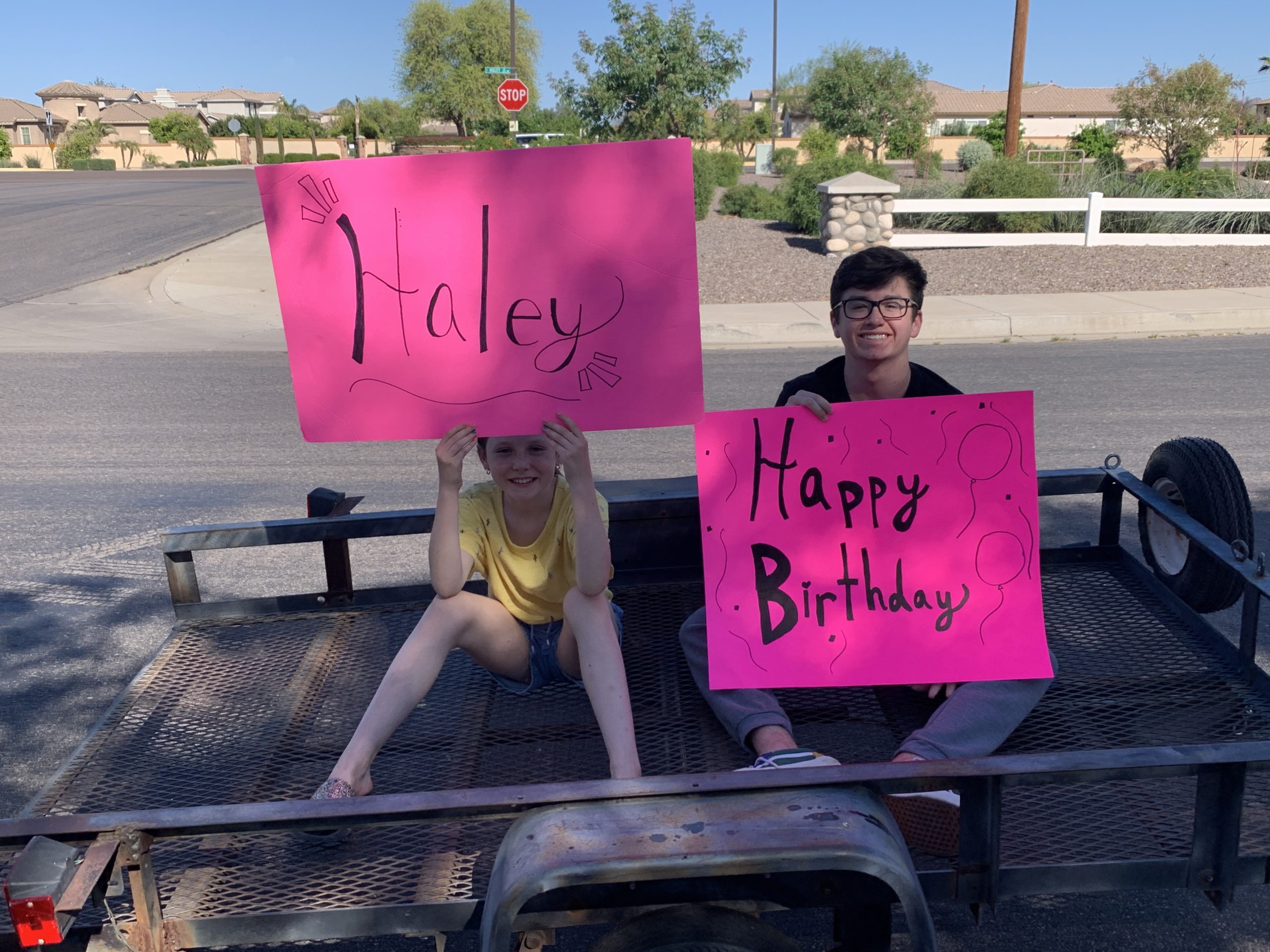 My nephew even brought homemade cupcakes to each car for everyone that drove by! 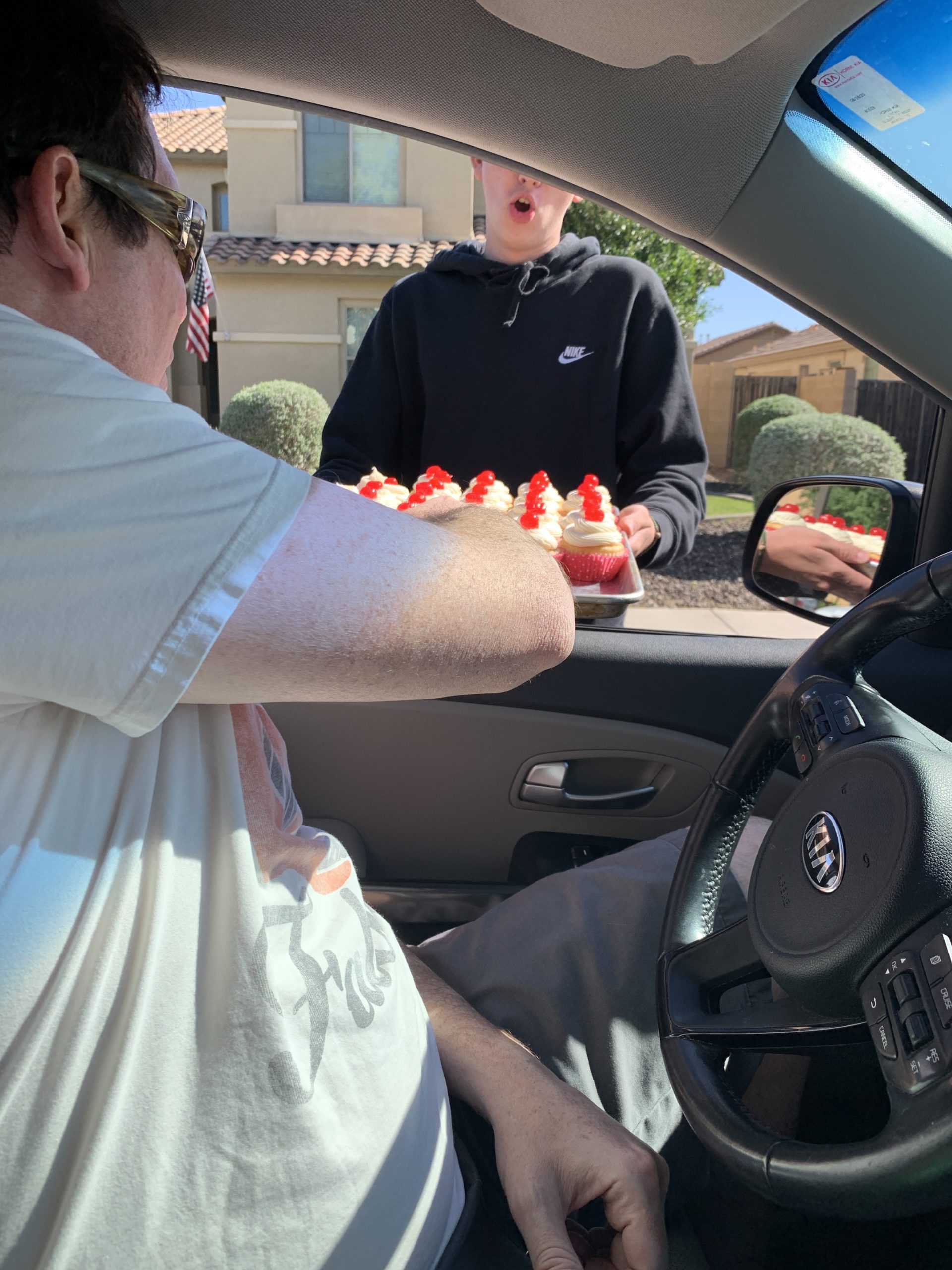 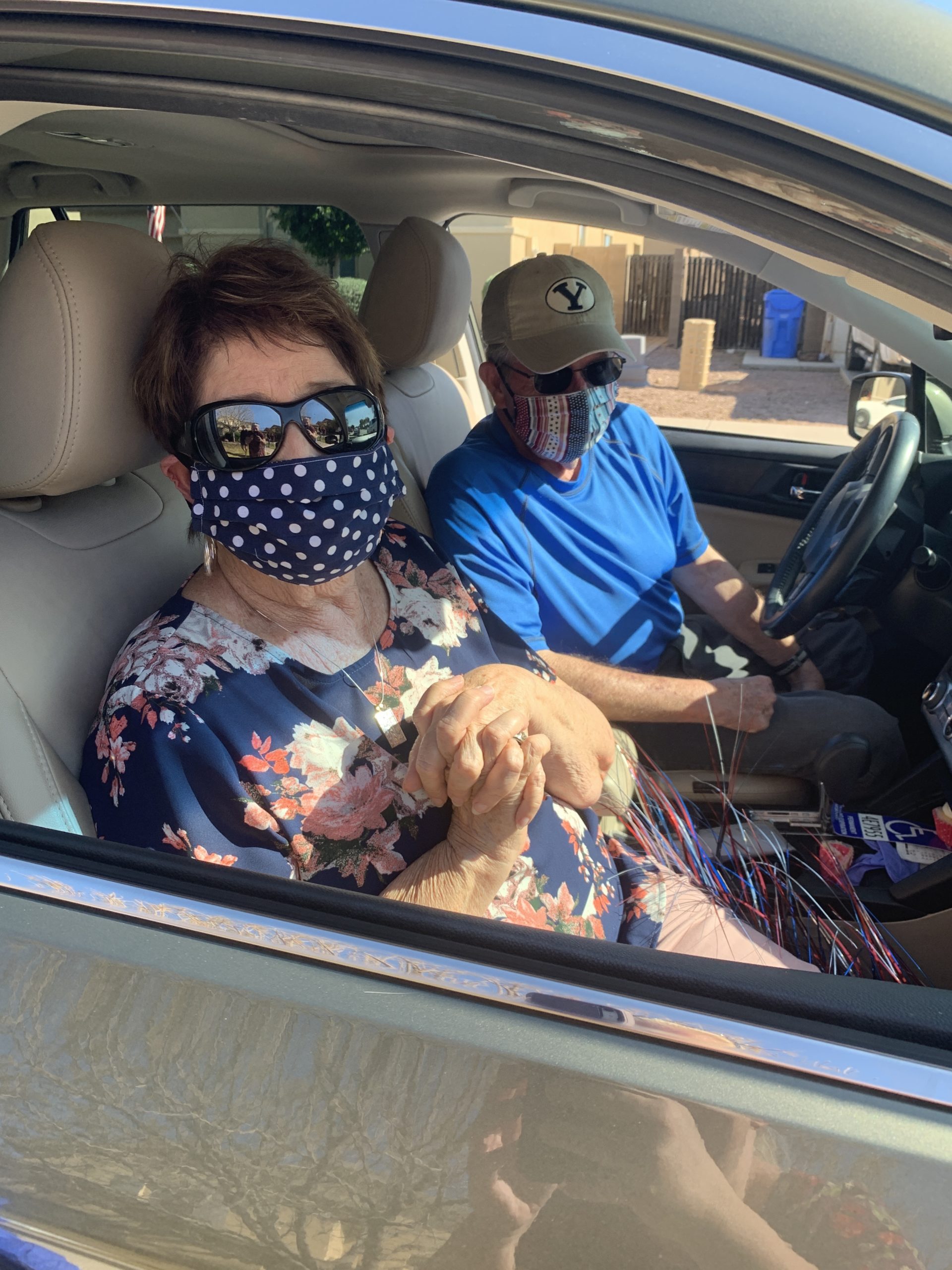 Aren’t they the cutest?! I wish I could just squeeze them right now.

Funny story…I had set some monkey bread out to rise on Saturday night….the recipe called for 18 frozen rolls in the bundt pan but that just did not seem like enough to me.  So I added more….quite a bit more….and when I came downstairs to bake my monkey bread I found this…. 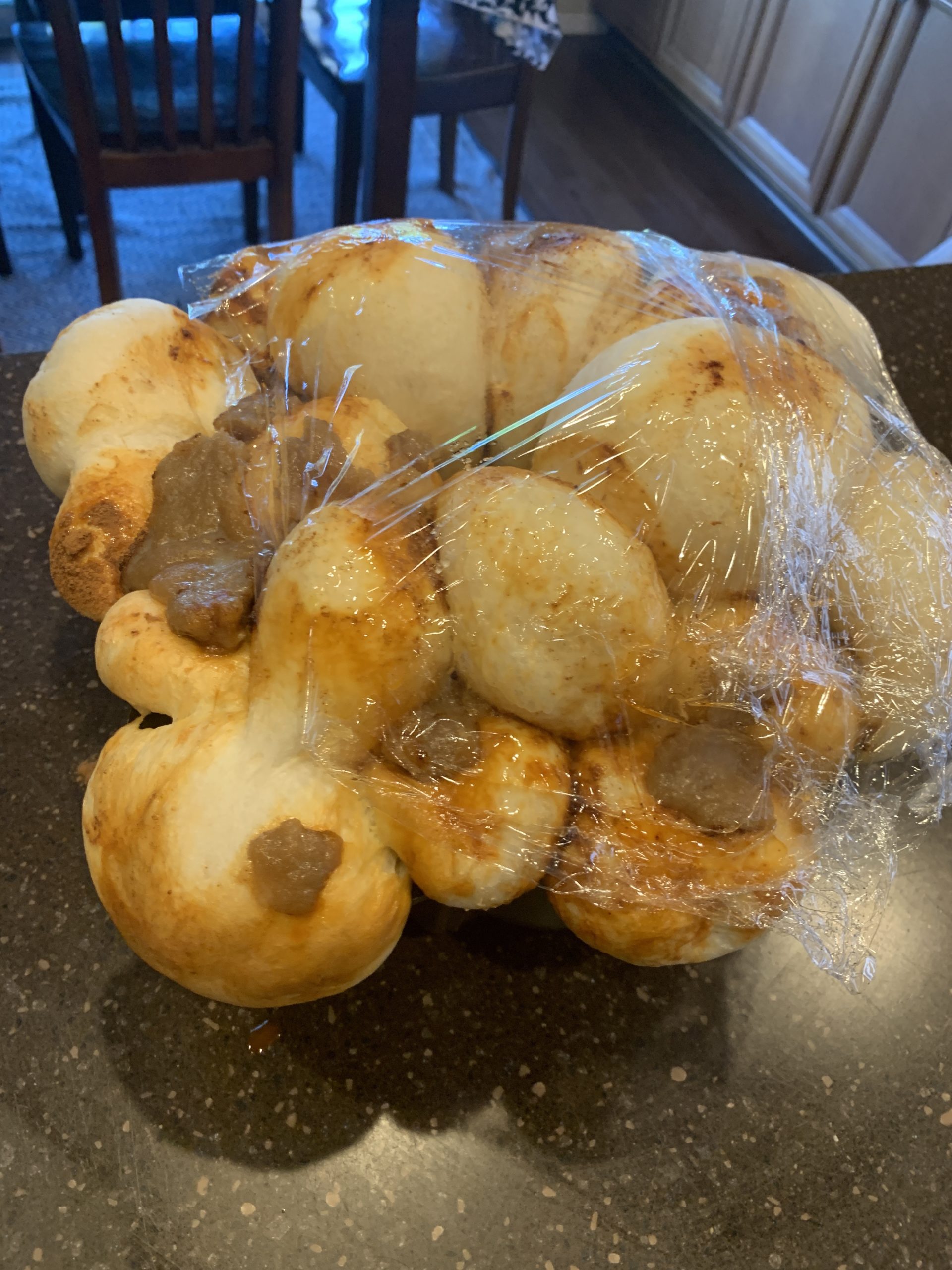 The monkey bread literally exploded!!!!! Not to fear though, it still baked up like a champ and tasted delish!  I just had to put a baking pan underneath it in case anything fell off.

Lots of snuggles with Cubby this weekend.  He really is living his best life lately.  Snuggles, at least 3 walks a day, eating all of our scraps because we eat pretty much every meal at home now! What would we do without him?